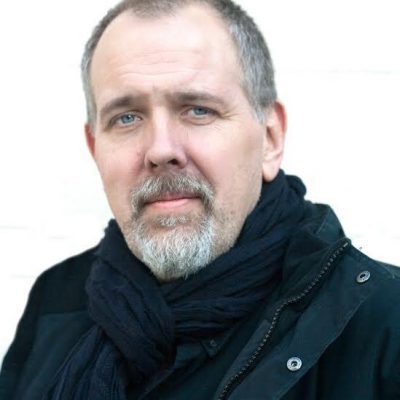 Since its launch in 2009, Kickstarter has spearheaded a revolution in tabletop game production. In the last seven years, Kickstarter raised funds into the hundreds of millions of dollars for board games and RPGs, and these numbers have been increasing every year. Tabletop gaming remains a niche hobby, but its popularity and exposure has been expanding at an astounding rate, in no small part due to Kickstarter. 2015 alone saw ~$133.6 million dollars of funding, a 76% increase from the previous year.

This trend has given enormous power to independent developers to create their games; in many cases it has funded ideas that otherwise wouldn’t exist. It has also given better-known creators autonomy and creative control over their own projects. Rob Schwaib, Mike Mearls, and John Wick were prominent developers for years who were able to create their own independent projects. John Wick’s 7th Sea 2nd Edition brought in a total of  $1.3 million and saw release a full two months early, helping to prove that Kickstarter can lead to successful products.

Richard Thomas has been a part of the tabletop industry for decades. Among his many accomplishments he was the creative director for White Wolf Publishing (the company behind the World of Darkness game lines, among others) and is now the content director for Onyx Path Publishing. During his tenure with these two groups he has seen first hand the shift from traditional content creation to crowd-funding, running a company that now regularly utilizes

Kickstarter to fund its projects. It is not unusual for Onyx Path campaigns to raise funds into the hundreds of thousands of dollars, and the recent Scion 2nd Edition Kickstarter successfully raised over $300 thousand, and is headed for more in its last hours.  He is uniquely poised to speak about the challenges, benefits, and surprises of a Kickstarter campaign, and was good enough to give us some advice about his experiences.

GT: What does Kickstarter allow you to do that other forms of funding have not accomplished so far?

RichT: Well, our only other form of funding has been the revenue from sales, so for Onyx Path Publishing, Kickstarter has opened up a whole new way of trying out publishing ideas and gauging our community’s interest before we would normally have been able to with our standard publishing model. This greatly brings down the risk of creating a new game or at least a special version of that game. In the case of our deluxe books, the cover materials and treatments were way more expensive than we could afford to invest upfront, so pledges from our Kickstarter backers made it possible to even afford those deluxe materials in the first place. Even more importantly for us, Kickstarter as a platform has enabled Onyx Path to speak directly with our community in a way we were never able to before. The community building aspect of Kickstarter can not be over-emphasized.

Additionally, we have used the Stretch Goal rewards of our Kickstarters to fund projects we might never have created without that funding. Our fiction anthologies are a perfect case-in-point. Generally, game fiction is super in expressing the mood and demonstrating how characters relate to the game world, yet it can be a real bear to sell. By funding chapters from our Stretch Goals, we get that great way of expressing our game world without having to worry about how the fiction will sell.

GT: Has Kickstarter changed the way you approach a game during development or production?

RichT: As per my comment above, we had already started an Open Development Process with our game books before we started using Kickstarter, but the communication necessary to run a Kickstarter has become a much bigger part of all of our venues of talking with our community of fans. We also have begun planning our release schedules with release spots open to be filled by Kickstarter Stretch Goal projects that we know make sense for a particular game we are creating a Kickstarter for. And because we know that backers love to make pledges that add material to the book the Kickstarter is for, we generally plan ahead of time as to which sections can be expanded on. That thinking can extend all the way to a Kickstarter like the one for Dark Eras, where fully half the book was planned by us ahead of time to be filled with Stretch Goal rewards of extra chapters. It was a lot of fun, and we actually had enough additional chapters to create another whole book.

Dark Eras placed various World of Darkness lines in historical settings. Vampires conspired with the Tudors in England and mages fought the wars of Alexander among the highlights in this release.

GT: People often find it strange that professional companies, as opposed to independent content creators, rely on Kickstarter for their projects. Why does Onyx Path keep coming back to fund its games and supplements?

RichT: Well, first like I mentioned in my previous answers: the direct talk with our community, and the ability to create something we could not afford to create or take the risk of creating, without crowdfunding. Then, from our point of view, a lot of that is because Onyx Path is pretty much a conglomeration of independent content creators. Our game lines are written and developed by creative teams consisting of some folks who create as full time freelancers, but the vast majority of our creators do their tabletop RPG work in addition to a full time job doing something else. They have to in order to continue to work in the tabletop RPG business. So yes, Onyx Path pulls all these amazingly creative folks together and tries to keep things organized, but ultimately we’re a pretty small business. We’re not lighting our cigars with thousand dollar bills as we peddle our golden tricycles down corporate headquarter’s marble hallways.

Pictured above: what we can safely say no RPG developer’s office space has ever looked like

GT: People come into Kickstarter with many expectations that often do not coincide. How do you find community management to be different during a Kickstarter project than it might have been during your other Open Development projects?

RichT: It is a roller-coaster that ultimately is a huge energy surge, I guess you can say, until you crash after the Kickstarter is closed. You’re riding a wave of enthusiasm, and don’t want it to stop. It takes several of us to ride that wave these days, so no single person has to be totally responsive 24/7. And Kickstarter doesn’t have the same community management options as our own sites or social media, so often the creative team is very exposed to the highs and lows of community interaction. It can be exhilarating and also terrifying. With our Open Dev Process, we can pace things out and our creators can step away if they need to.

GT: Keeping in line with the last question, how do you believe a potential backer should approach a Kickstarter project? There seems to be a constant argument over whether to consider it a pre-order, an investment, or something else entirely.

RichT: I back a decent number of Kickstarter projects, and have never entered into them as if they were a pre-order, nor an investment. I see it as pledging to help the creator create the thing they described in the Kickstarter info. They may not be able to do it, or they may do more. I may not get the reward as hoped for my pledge, or I may get a lot more. The biggest disconnect happens, I think, when a backer imposes the business model they want a Kickstarter to be over the intentions of the Kickstarter creator. At that point, creator and backer are talking two different languages past each other and there’s no way that the creator can fulfill expectations that they have never considered as part of their Kickstarter.

Scion has you spinning the tales of the children of Gods, fighting against the risen titans in our modern world.

GT: Scion may be set to one of your most successful campaigns. How do you go about deciding funding levels and stretch goals for such a project?

RichT: It depends on what we’re trying to do with the Kickstarter campaign. Each of them is different than the others, with Pugmire being a totally new game line, Scion 2e being a new version of an older game, and Exalted 3rd being Deluxe versions of a new edition of a game that never stopped being published. Some things are similar, like setting up lower cost Reward Tiers for folks who can’t do the physical book Reward Tiers, and having Reward Tiers that allow backers to get their names in the book and be artist models for the backers who want to really be engaged with the game line, and can afford to be. But others are based on the Kickstarted project itself, what the developer or main creator is comfortable with offering, and things like that.

Then with Stretch Goals, for books that are leading to new game lines we try and create a variety that will provide additional projects to enhance the line as a whole. Like the fiction anthologies, but also Jumpstart kits, and Ready Made Characters, and even things further from classic RPG books, like our recent projects with interactive audio drama creators Earplay.

GT: Are there any other thoughts you have about the process that you would like to share? This is an area booming for many creators and fans.

RichT: For creators, I suggest you get all your quotes for creation ahead of time, and shipping – whoo, boy, shipping – so you know what the costs are going to be when they backers are all fired up about something they would like you to offer. Sometimes, something sounds doable and then you find out the real cost. For backers, I suggest that you try and read everything the creator has put on the Kickstarter page and really try and understand where they are coming from. Don’t assume this Kickstarter is the same as the last one you backed.

It is safe to say that Kickstarter’s changes on the board and roleplaying market are far from finished. The Onyx Path is one of a number of creators who have restructured to make the most out of this new platform, and I am eager to see more products from more people get on the market. The Scion 2nd Edition campaign is still open as of the time of writing, and anyone looking to gather more information or  should head right over to its page and see what it’s all about.