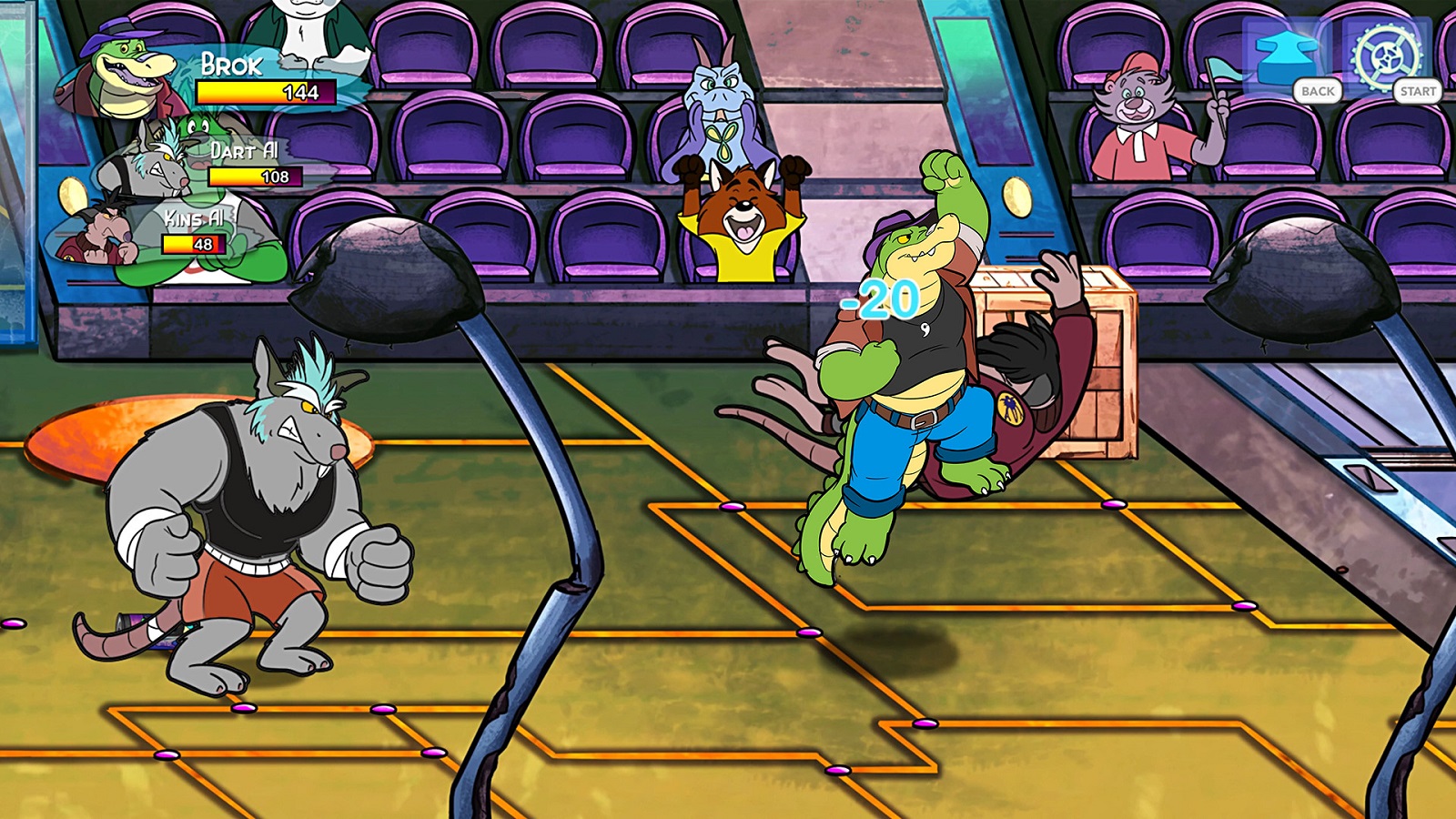 Cowcat Games has been hard at work with its Kickstarter campaign for the upcoming beat-em-up and point-and-click hybrid BROK the InvestiGator, which is still active until this month. We got to chat with Cowcat Games developer Fabrice Breton about the campaign’s success and development of the title.

A full beat-em-up point-and-click hybrid sounds pretty neat! What was the inspiration for BROK the InvestiGator?

The game is vastly inspired by cartoons from the early 90’s, especially the character design and their character development.

As for video games inspirations, there’s not one but many. I can quote for example Little Big Adventure (dystopic world with cute animal characters and switching mode at any time!), Shenmue (for the “adventure game with beat’em up” side of it), and the fight system is inspired by Streets of Rage 2.

Since fans of either genre might not necessarily overlap, you have some features that will make the game accessible to those who might not be proficient in brawling or puzzle-solving. What was the reason for implementing these into the game?

Simple – I want everyone to be able to enjoy the game. Some “point and click” adventure gamers do not particularly enjoy action or are bad at it, and considering it’s still mostly an adventure it’d be a shame to prevent them from playing it.

If you’re a core gamer and enjoy a challenge, hard difficulty should provide you a lot of fun!

Who do you relate to more, Brok or Graff?

Tough question – I think there’s a bit of myself in each character XD But I’ll say Graff, I’m clearly more the scientist type than brawler. 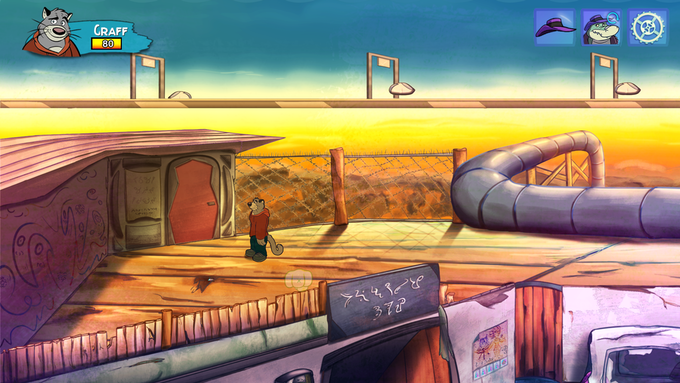 You have a few projects under your belt already; how has development for BROK the InvestiGator differed from your previous games like Demetrios and Riddled Corpses EX?

Demetrios was my first game and I made it almost entirely on my own. It was a big draft and BROK is much more refined, more professional in every way. I’ve reused the best mechanics of it though, like collecting in-game items to get hints to progress.

The other games I’ve released like Riddled Corpses EX are actually ports of another developer’s games (Diabolical Mind) Although I improved them, they’re quite different.

I’ve been working on Brok since the release of Demetrios in 2016!

Speaking of Demetrios, that game also had a Kickstarter. How has crowdfunding affected development for games such as yours?

Even with Demetrios, I’ve always seen Kickstarter as a great tool for marketing and to offer content which wouldn’t be possible otherwise (eg : merchandise, PC physical) Of course the money helps too, with the success of the BROK Kickstarter I’ll be able to delegate more stuff to artists so the game gets better overall! 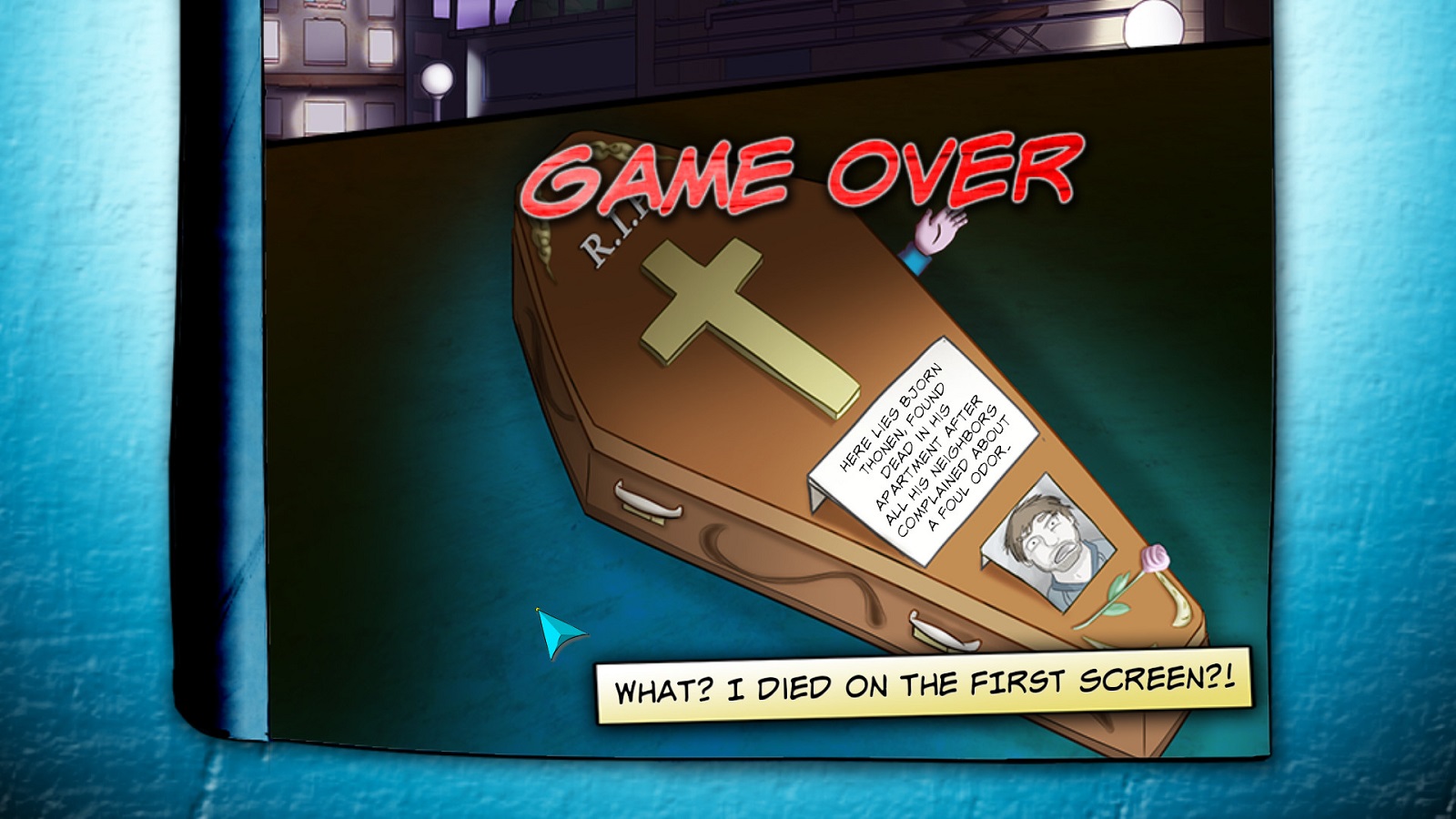 The prologue is available on Steam now, and it’s been received really well! Will there be any differences from the first chapter in the full game?

I’m always improving things! Most of the improvements should come on the animation side and the fights. Currently I’m focusing on developing the later chapters which will have additional stuff in the already-existing locations.

Do you have any future plans for Brok once game development wraps up? Maybe future projects with the characters?

Definitely! It’s shaping up to be a success. I already have ideas for one sequel and one other project with this universe and characters :)

– Any last words you might have for our readers? Maybe something you want people to know about you or your games?

PLAY IT!
You can’t judge an innovative game by explaining stuff. You need to experience it for yourself.
Just play the prologue. NOW! 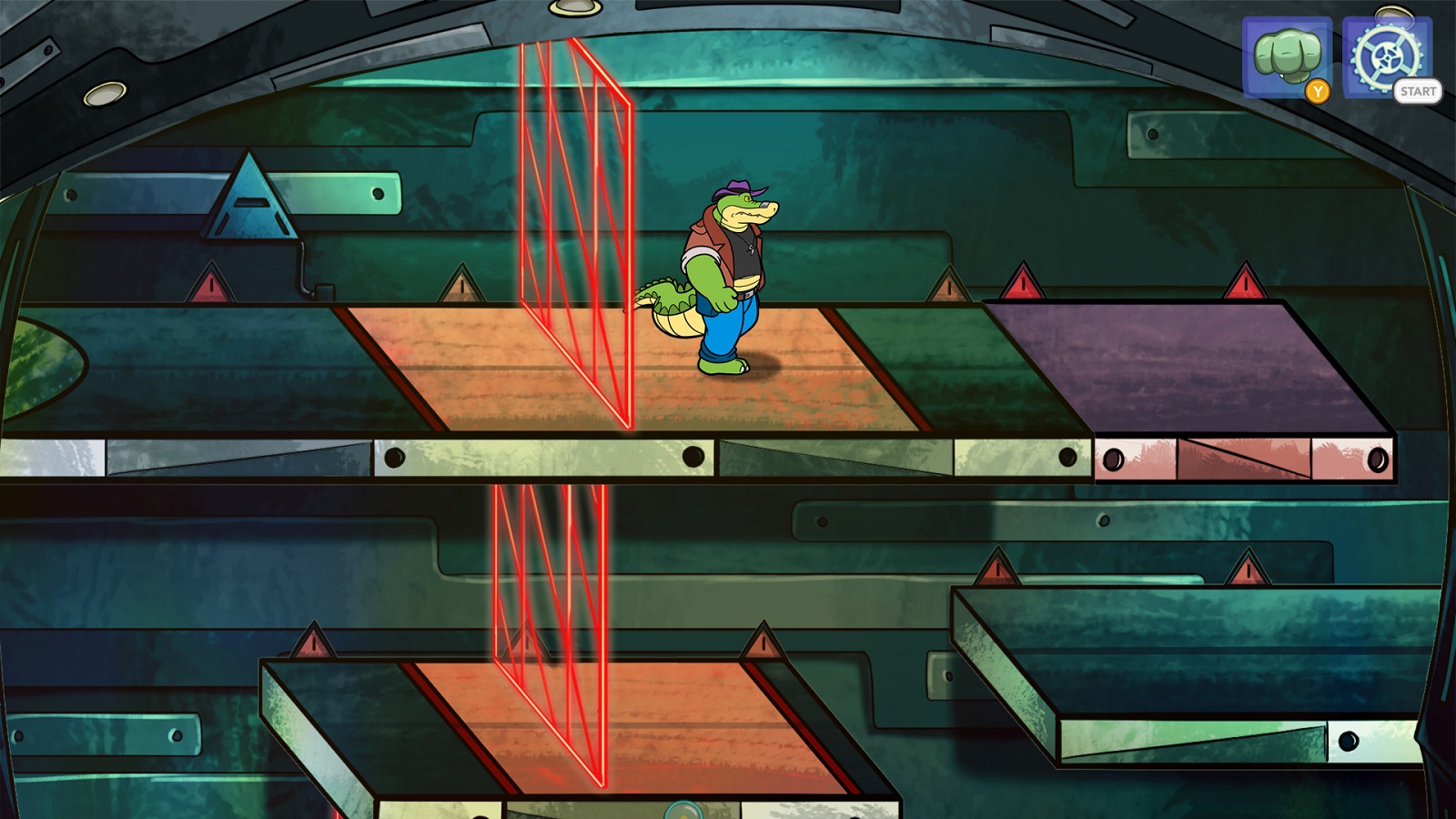 You can play the prologue of the game right now, and you can still pledge towards the Kickstarter campaign. Stay tuned for more news here on Gaming Trend.