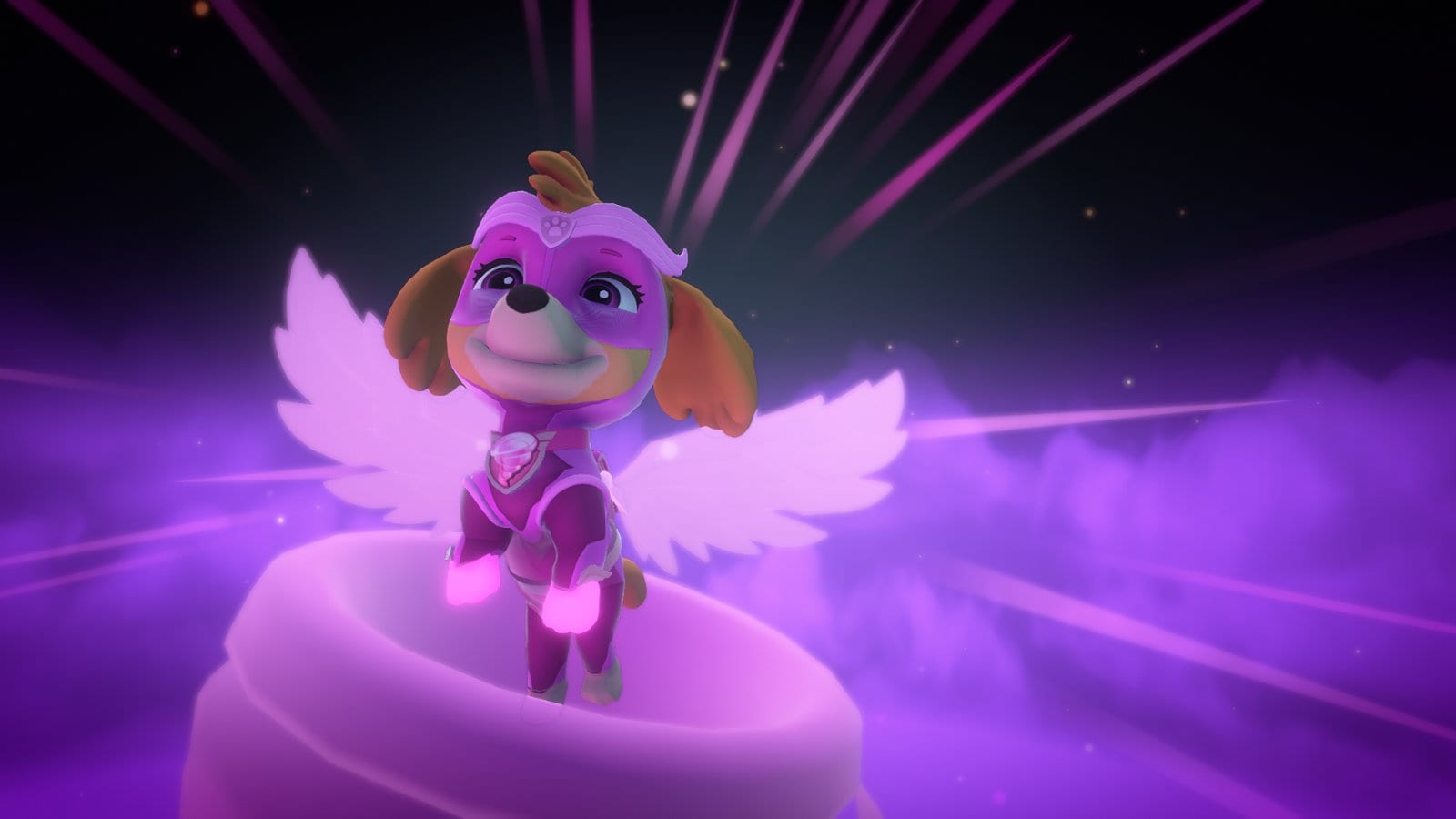 With Outright Games’ newest family game, PAW Patrol: Mighty Pups Save the Day, the company aims to attract parents and kids with its co-op action title. We got to speak with Head of Production Kathy Bucklin to talk about the game’s development cycle as well as how Outright Games plans to reach its all-ages demographic. 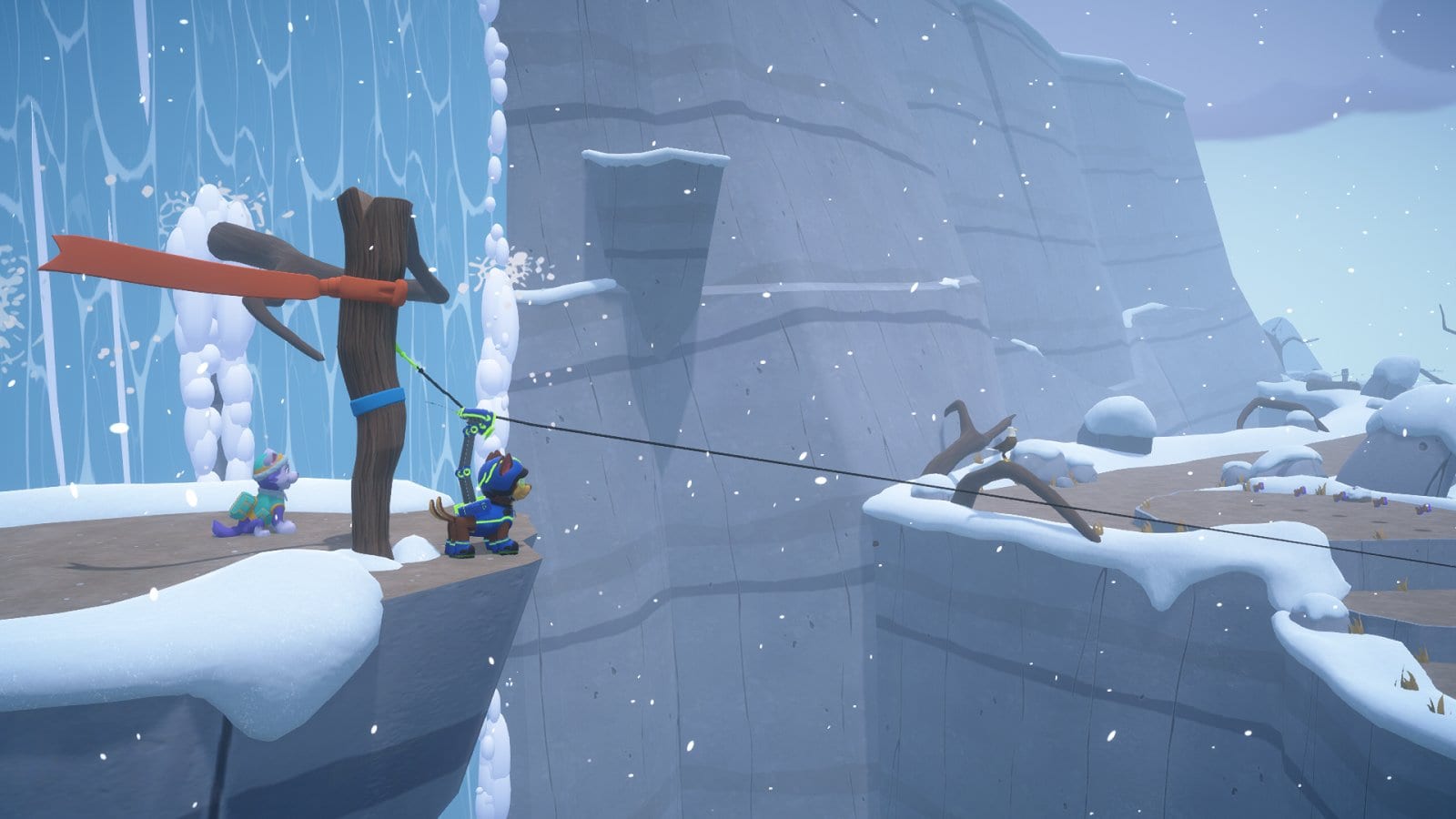 So Paw Patrol: Mighty Pups Save Adventure Bay is based off the miniseries that aired recently on Nickelodeon. Are there any narrative elements that are new to the game?

With 7 missions and 7 mini-games there are many new mission narratives to the game, set in the recognizable areas in Adventure Bay. Each mission features the friends of the PAW Patrol including Jake and Mayor Goodway who need help from the Pups to save the day!

This is probably the hardest question, as they all are our favorites – Though in the game Skyes ability to fly really comes in handy and Rocky’s new Mighty toolkit is really cool.

Based on what I played, this game is remarkably different from the previous title, Paw Patrol: On a Roll. What influenced the current style of gameplay?

We really wanted to open up the world of Adventure Bay with this new game, to ensure that children could discover and walk around this fun fictional setting that they watch on the TV. The addition of the Mighty Pups story arch really helped open up new gameplay elements as well including puzzle solving activities children of all ages can do. 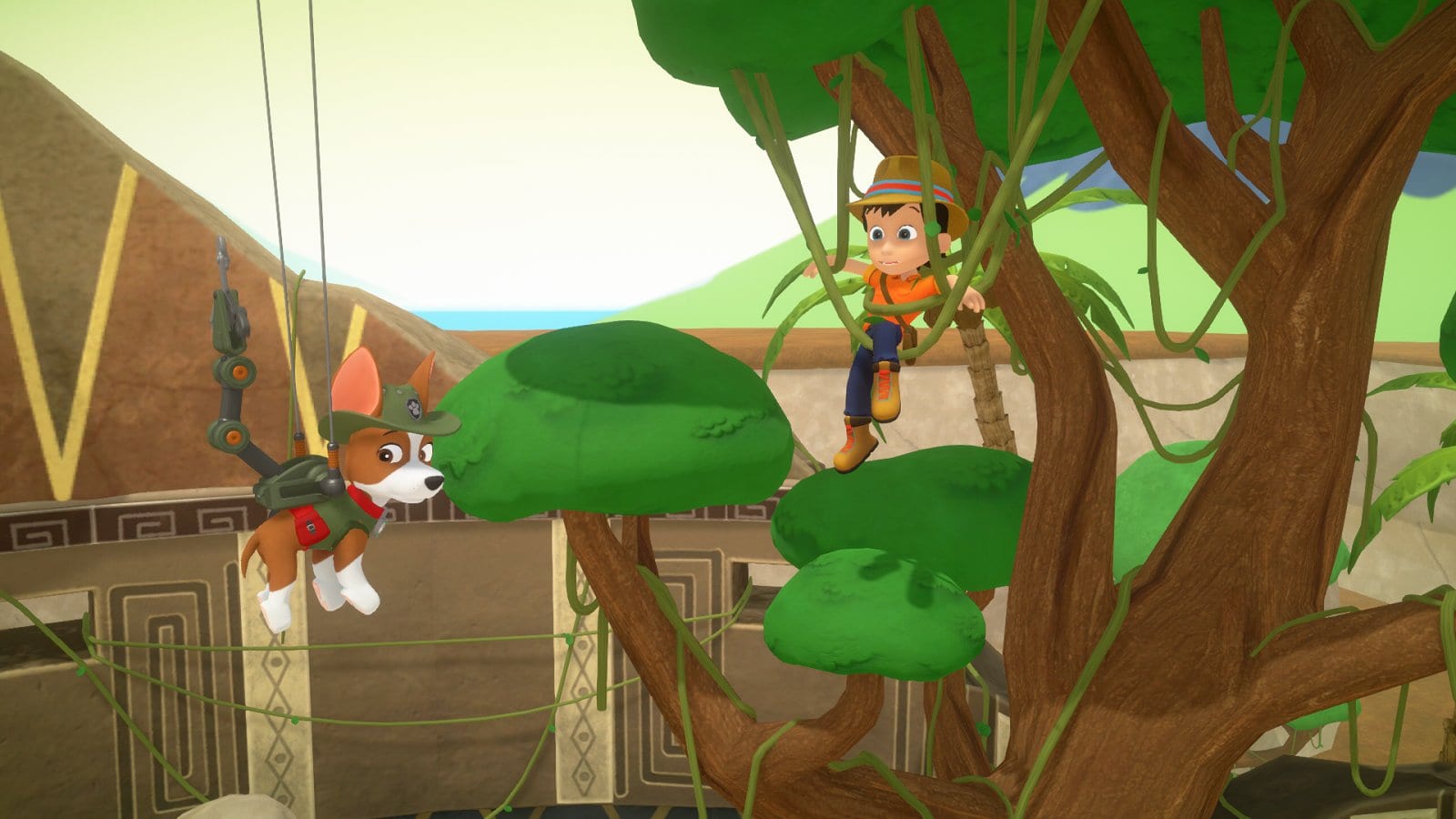 Another aspect of this game which differs from the predecessor is the addition of co-op (or switching between pups within a stage). What were the inspirations for this shift?

One of the main points of feedback we found with PAW Patrol On a Roll is that many children were playing it and their siblings, or parents were dying to jump into the game and play alongside their child. So it was really important to ensure that in PAW Patrol Mighty Pups Save Adventure Bay we leveled up to ensure that kids could play the game together and double the fun.

Minigames seem to be added as well here. Which one of these were your favorite?

Pup Pup Boogie is something we have been really excited to bring to life, as a fan favorite it has been really great to see how excited kids are playing Pup Pup Boogie. Especially with its simple rhythm and catchy lyrics! 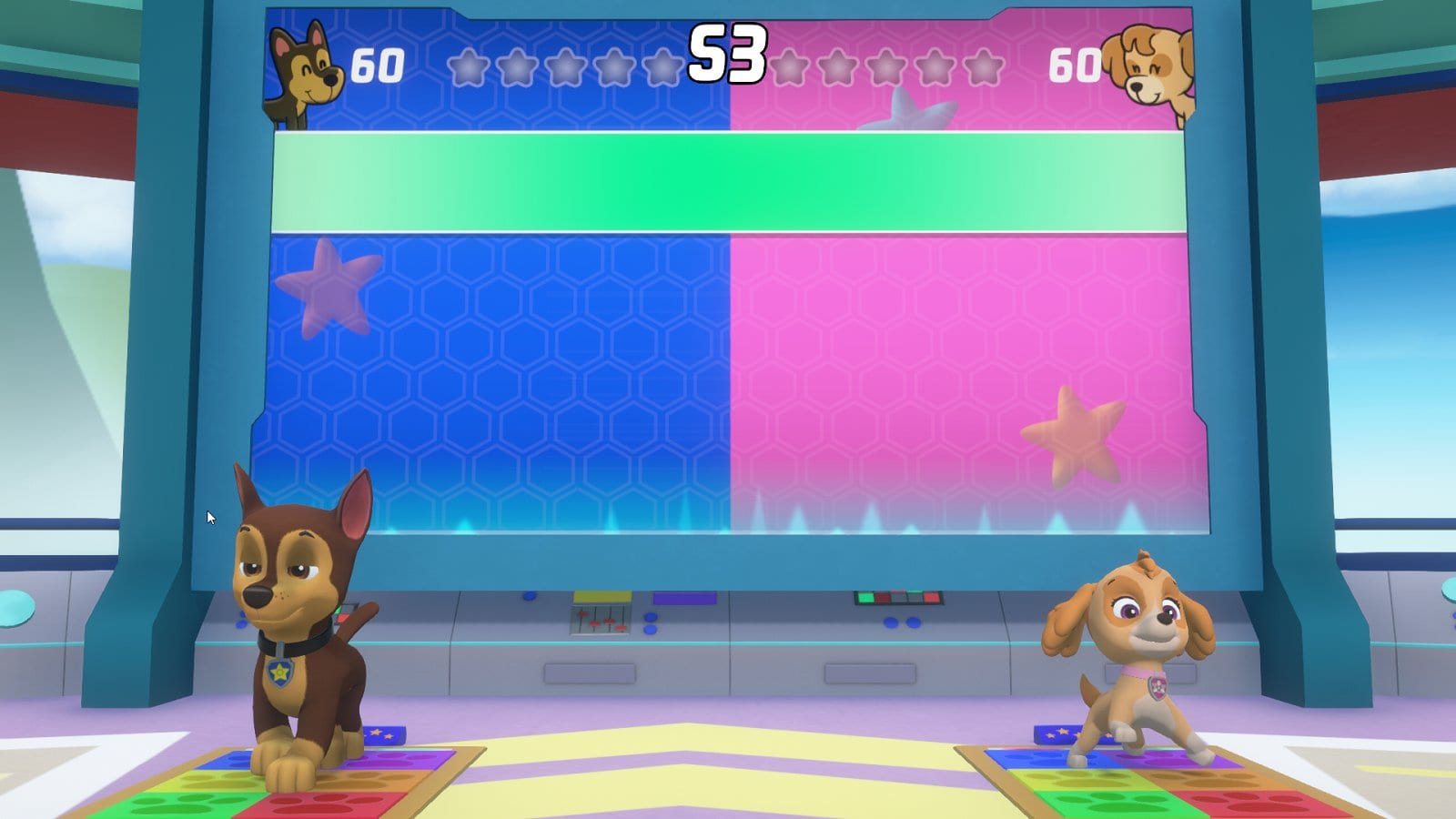 During my playthrough, I noticed that only Ryder was voiced in cutscenes (as he was also the only character voiced in the previous game). Are there plans to have the other characters to have voice acting?

Ryder is the narrator of the game, as he is in the show being the guide that instructs the pups what their exciting new missions are!

Outright Games has a slate of titles that focuses on younger kids, but also ones that can appeal to older ones and even adults (such as Crayola Scoot). What is the importance of getting older audiences engaged in these types of games as well?

We love to make games that kids and families can enjoy together which means it’s really important that adults enjoy playing our games too. Our game designers work hard to ensure that each game is a fun, safe and family-friendly experience that can be enjoyed by all ages. Also, the amazing brands that we partner with aren’t just for kids! Many of us have grown up with franchises like Ice Age, Jumanji and Transformers so we think it’s great when we get the opportunity to create a game that appeals to both kids and adults.

Is there a children’s property that you would like to make a video game adaptation of next?

We’ve had the good fortune to work with some of the most amazing partners on the biggest names in kids entertainment  and this an area we will be expanding even further in the future! We have some fantastic games from new blockbuster kids’ properties coming up in the next couple of years that we’re very excited to reveal. This year alone we’re releasing games based on Ben 10 and Transformers alongside Paw Patrol, which should give you an idea of the kind of mega brands we’re working with going forward.

Finally, any last words you can give to our readers? Maybe other gaming recommendations for our audience with smaller children?

In March this year we released Gigantosaurus: The Game, based on the Disney Junior series. This franchise maybe isn’t quite as big a household name as PAW Patrol YET, but they both appeal to the pre-school audience. That game features puzzles, vibrant worlds and even racing levels, all of which are great fun for young children. Most importantly it has 4 player couch co-op, making it a great starting game for smaller children, as parents and older siblings can guide them around the game.

Check out our preview of the game here, and stay tuned for more news here on Gaming Trend.