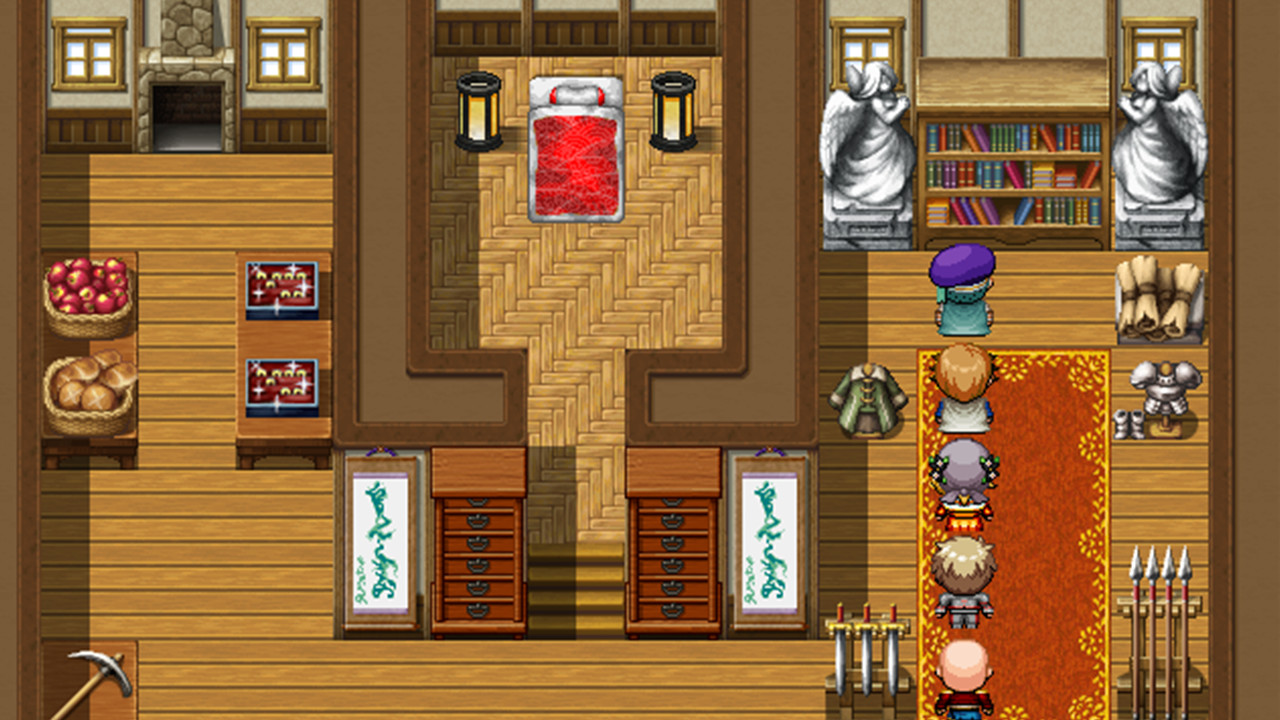 As someone who’s made a goal to take the Japanese Language Proficiency Test this year, I’m starting to look at self-study materials in order to succeed in the coming months. I came across a neat little game called Japanese Romaji Adventure on Steam and was interested in learning more about the developers and process of the game. I got to speak with JBO Media developer Justin Bowen as well as a representative of Angel Star Studios about the joys of making an edutainment RPG.

Learning Japanese while playing a video game seems pretty cool! What was the inspiration for making Japanese Romaji Adventure?

JBO Media:  The inspiration was the need for additional study materials.  There are many apps but I enjoy video games and so do many.  I want to help people to actualize their dreams of learning Japanese.  This is very important to me.

The inspiration was a mixture of Gauntlet on Sega Master System that game was magnificent for the time.  Additionally, little known educational games such as Adiboo that too pioneered at the time. 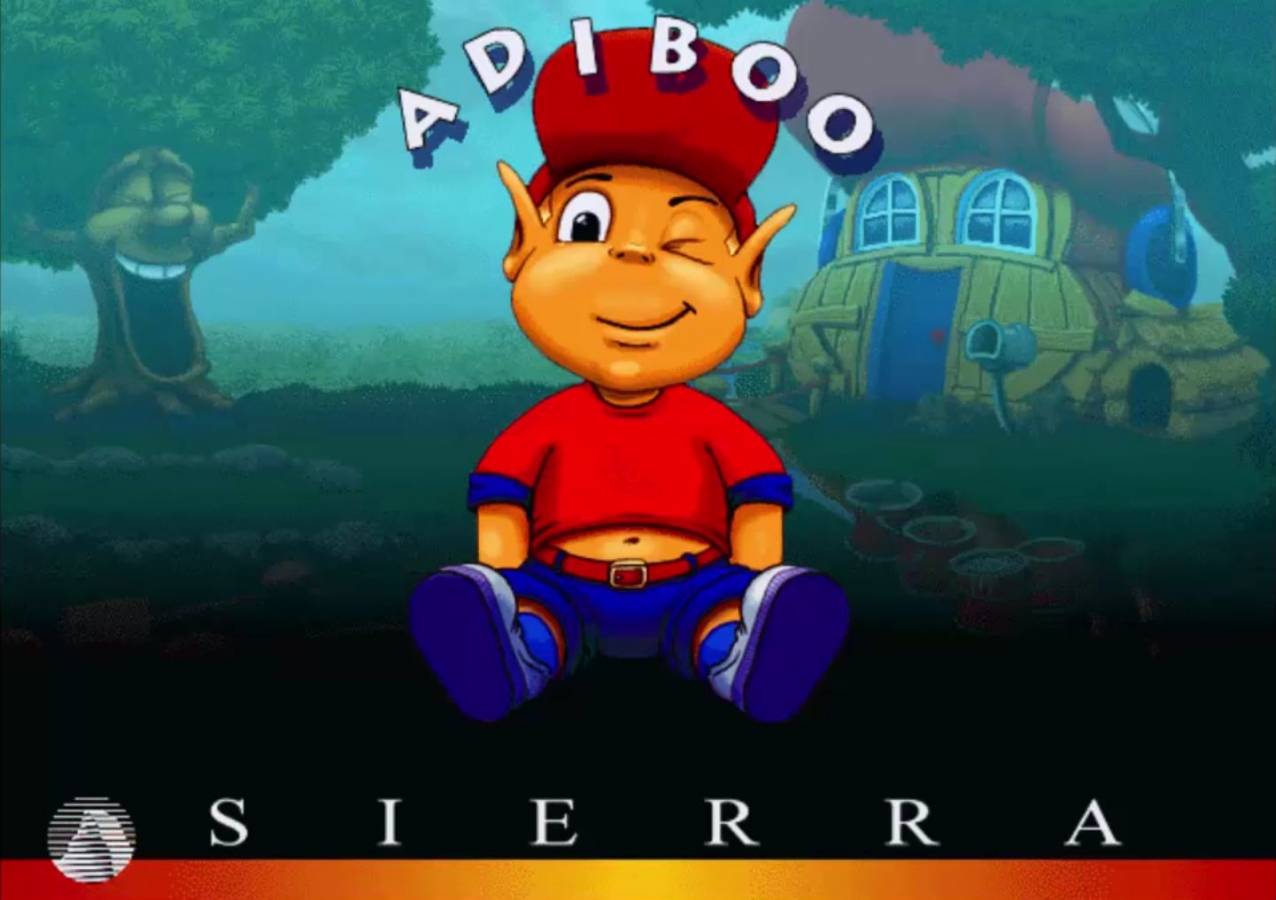 While I can see the RPG Maker system influences, which engine did you use and what have you done to make the game stand out from the competition?

JBO Media:  I used RPG Maker MV and I love the software it does everything it needs to for an educational game. And I am of the generation of which those graphics pioneered, as I mentioned regarding Gauntlet.

Angel Star Studios:  Yes, we have another programmer in the Angel Star Studios team, that’s been using the RPG Maker software since the 1990s before most people knew about it.  He’s mentored/overseen several famous RPG Maker games since then.  He actually helped JBO Media make his game stand out from the competition, with advising some basic game design techniques. 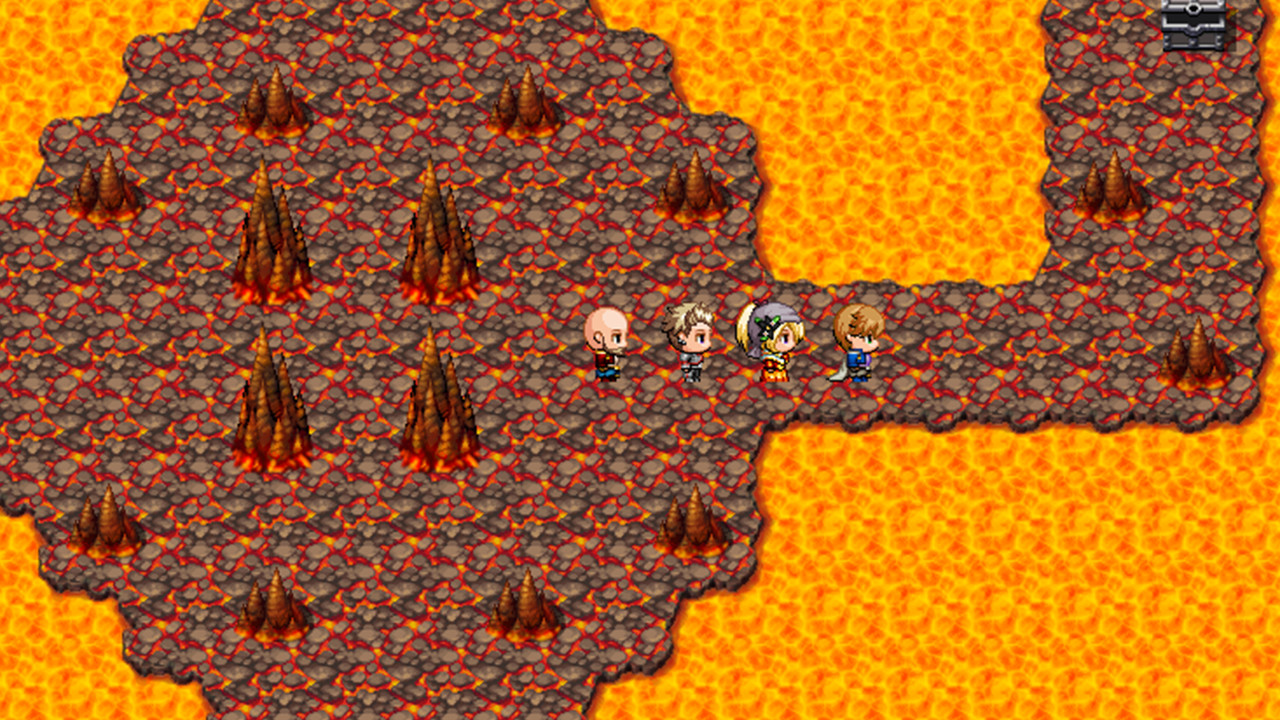 As someone who’s planning to study for the JLPT this year (hopefully at the N5 or N4 level!), I don’t have any classroom training and currently considering study materials. How would Japanese Romaji Adventure help people like me?

JBO Media:  It is a great study aid sometimes I found when I was learning that spelling it out in romaji helps bolster the memory. And sometimes the small tsu can be tricky and when you see it in romaji you can identify it and it helps with your spelling. The game is a great intro to the language. Additionally, we can forget from time to time it is important to re instill what we have learned. This game is a good way to revise and refresh. Also, the Kana adventure DLC will be coming out soon; that will help you in other ways such as improving your reading ability in terms of speed and ability. And if your looking to jump to N4 Kana adventure 2 will be coming in early access in the coming months set to cover the first 50 percent of the vocab.

What’s the difference from Romaji compared to the other Japanese written languages?

JBO Media:  There is a main difference that it is obviously Latin-based and kana is based from kanji which is Chinese. Kana was developed by a monk in Japan aiming to increase literacy in japan in a speedy manner. Kana is essentially a simplified kanji. I think ultimately in answer to your question Romaji is accessible to the peoples of Europe. It is a great way to start and get used to the dynamics of Japanese. And indeed when the Dutch first arrived in Japan it was a invaluable compliment to their trade and study. 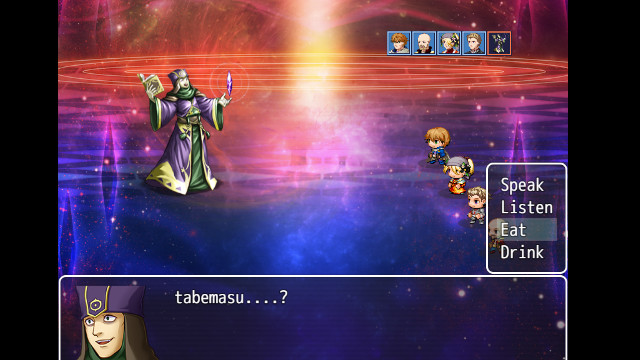 Do you plan on doing a game like this for more advanced levels in the future?

JBO Media:  I preluded to it earlier in terms of kana adventure 2. Kana adventure 2 covers the JLPTN4. In terms of JLPTN3 it is a big step and if the people who enjoy the games want to see the 3rd installment of the series I would be duty-bound to create it. The caliber is double in terms of vocab and grammar points but I want to do the best by the players so I am inclined to do so but perhaps in unreal engine.

Angel Star Studios:  Yes, we plan on publishing a Kana Adventure and Kana Adventure 2, with voiceovers and improvements for 2021.  99% developed by JBO Media, we just help him out every now and then with Q&A, feedback, suggestions, etc.  –   he’s doing a wonderful job I might add.

According to some sites, Japanese is one of the harder languages to learn as a native English speaker. How did you learn the language, and what techniques could you offer a new student?

JBO Media:  Oh goodness yes and it is hard for the Japanese to learn English, too. The grammar structure is different in a number of ways Subject Verb Object to use the Death Note reference I ate an apple. But in Japanese An apple I ate. My advice watch Starwars and engross yourself in Yoda. Start talking like Yoda in English. It will help your brain accommodate the structure you are not accustomed to. 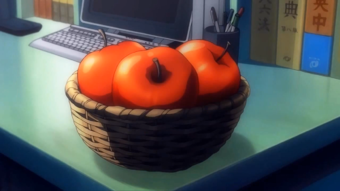 In terms of the vocab, I found that writing it in romaji then kana then if your feeling up to it kanji really helps. And of course, buy the game it really will help and has endless repeatable quests. Get to the point where you can speedrun the game and you gonna pass the JLPT test with ease. Especially with the DLC.
I designed the two games to ensure anyone without any outside study can pass the JLPTN5. It was at times painstaking and at times a labor of love and for $5 it’s a bargain.

JBO Media:  I am not a business person. I just love Japan and Japanese language. So, the great team at Angel Star Studios are handling that. But I think it all takes time. My goal is to help people learn and let those wonderful folks at the studio work their magic.

Angel Star Studios:  Marketing an indie game is something you need to do months or a year in advance, as soon as it comes into alpha stages.  You also need a publisher that has years of experience and connections (which a normal developer won’t have).  We find most people try to self-publish and come to us desperate for help because well *laughs* it’s pretty hard!!!!  As an indie, you have less budgets than AAA games as well, so we recommend developers to seek a publisher so people like us can handle all the hard work for you. 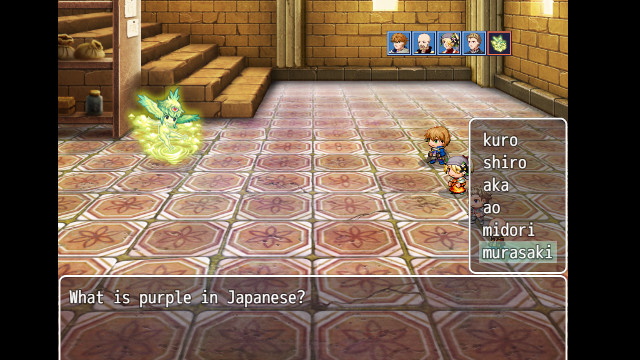 As Jason lives in Japan right now, what are some things that you like about the country?

JBO Media:  My goodness, this country is marvelous. It is really splendid I could write for hours on this but I will try to summarize. My god the food is great, the people are so kind and importantly respectful. The Japanese believe that within us all a god resides or at least it’s a cultural concept.

Next, it is so clean; rarely any litter and people really care for one another. There is a community consciousness that is nothing like where I am from. Though people don’t embrace like they do in jolly old England they share kindness in other ways that are just as heart warming. And people are so kind and accommodating. And of course manga, anime and video games, who doesn’t love that shizzle right?

The pandemic has affected all of us, but how are you feeling about everything right about now in terms of game development?

JBO Media:  I think it has been a time that has allowed people to get things done in the industry. There are many folk who found themselves with extra time at least in the indie community. To be honest, I don’t know ultimately but I have seen an influx of new games in the indie market. So I guess okay.

Angel Star Studios:  The game industry has been booming since COVID-19, so as publishers we have an influx of games to advertise and decide if we want to publish or not.  We develop games sometimes, but sadly we haven’t had much time to work on our own projects, which is what all the game developers have been doing lately.

What is one thing you miss about your former residence?

JBO Media:  The ease of talking to people and embracing loved ones.

Are there any future projects planned for Angel Star Studios?

Angel Star Studios:  Oh yeah!  We have a cute platfomer coming out this year called Mira’s Brush, that you paint the levels with a paintbrush instead of using the typical sword.

We also have some 3D games lined up and Nintendo releases for 2021 if all goes on schedule.

I’m proud to say, we have that famous RPG Maker programmer as well, who has agreed to start using a different and more advanced engine to start making a game similar to Breath of Fire III.  You’ll definitely want to follow us for that one.  You may recognize some people who have worked at Capcom or Square-Enix involved on that game as well.  It will probably be the end of 2021 or maybe 2022, depending. 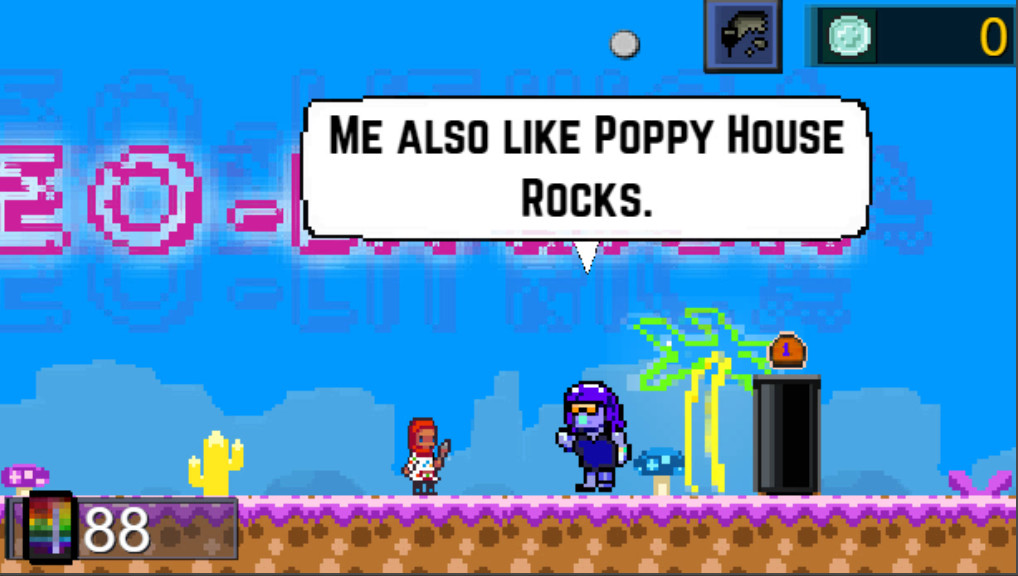 Angel Star Studios:  *laughs* well I can’t disagree with that.

JBO Media:  There is with learning a language and anything in life small steps that eventually lead to your goal. Don’t be discouraged by progress sometimes it makes leaps and bounds in a matter of moments when things click. Little steps make a staircase. Also, I want to say that this era of Corona is tough one and I hope that we come out of it as a more conscious species aware of what binds us as one.  Japanese-culture wise If you like Linkin Park, check out Dragon Ash. I just got into them lately, they are epic. Happy gaming, folks!

Angel Star Studios:  We haven’t been to Japan, yet, but now we have a leg up thanks to Japanese Romaji Adventure.  We’re looking forward to publishing Kana Adventure with the voiceovers and want to give JBO Media and Elisha Deogracias a special thank you for your support.