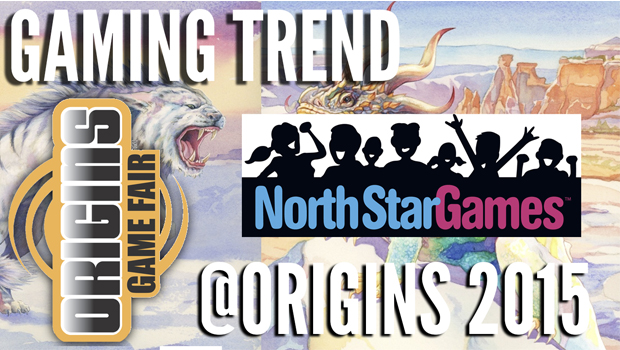 Last week at the Origins Game Fair we got the chance the talk with Nick Bentley from North Star Games about Evolution and Wits and Wagers. Evolution just raised almost $280,000 on Kickstarter to fund both an expansion and second edition of the popular game. The expansion gives players the ability to add avian traits to their growing species. If you would like to know more about Evolution, we were able to do a preview before their first kickstarter, in addition we will have a review of the second edition soon.

The popular party game Wits and Wagers is also getting a little love. Nick mentioned that the game has surpassed the one million units mark. As the property moves forward the components in the base game are being upgraded to and even higher quality level.

Keep an eye out as we have a whole pile of videos from Origins that we will be posting. This is only the beginning.