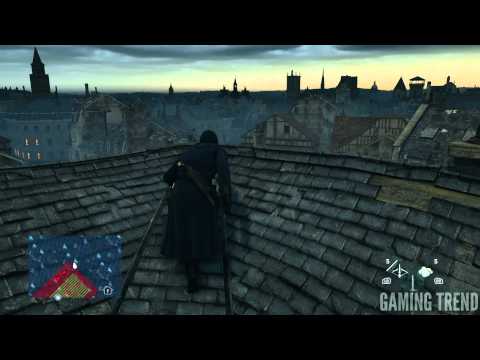 Vincent Pontbriand has worked on such games as Rainbow Six: Vegas, Metal Gear Solid 4: Guns of the Patriots, Assassin’s Creed, Assassin’s Creed II, Metal Gear Solid: Peace Walker, Assassin’s Creed: Brotherhood, and now Assassin’s Creed: Unity.   To say that stealth and tactical combat is in his DNA is a bit of an understatement.   We got to sit down with the Senior Producer to dig into Assassin’s Creed Unity to ask about the new mechanics, how they are reinventing the game after seven years, and how cooperative play will bring it all together.  There is also a whole lot of fantastic new footage laced all throughout this interview, so come for my incessant pestering and stay for some all-new gameplay.

Assassin’s Creed Unity is shipping on November 11th exclusively on Xbox One, PlayStation 4, and PC.