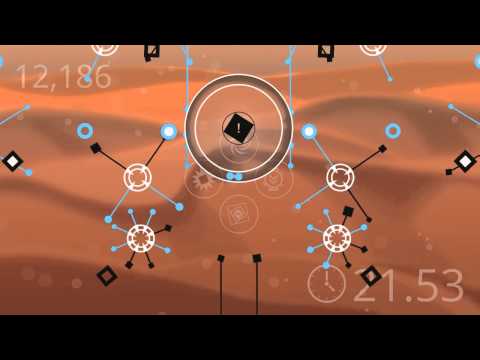 Recently I got to sit down with videogame veteran Richard Ogden of Red Phantom Games to talk about what he’s been up to lately as we ramp up to the North American launch of his upcoming game, Minutes.  The game is available on the PlayStation Network Store for $7.99, and you can pick it up right here.   Without further ado, let’s talk with Mr. Ogden!

1.) Introduce yourself and give us a little bit of back story.  You’ve been in this industry for a while — what have you worked on?

--    I’m Richard Ogden, founder and director of Red Phantom Games. I’ve been in the videogame industry over 18 years now and started at Codemasters initially working on the car physics that formed the basis for the Colin McRae Rally and TOCA games. I worked in various roles there – programming and design mainly, quite a lot of it on unreleased prototypes and designs. I was therefore equipped to co-found a new company in 2001 which was Bigbig Studios. There we created the Pursuit Force series, MotorStorm: Arctic Edge (one of the games I’m most proud of) and finally, Little Deviants before we closed in 2012. It was after that I decided to found Red Phantom and start again, this time doing (mostly) everything myself and my way.

2.) You worked on some of the best rally and track racing games ever made with the Colin McRae and TOCA Touring series of titles.  What made you turn to the puzzle genre for your first game?

--    I guess I didn’t intentionally “turn to the puzzle genre”. You could refer to Minutes as an action-puzzler but the game has a primary emphasis on action. The puzzle element comes to the fore later, once the player is trying to master each level and beat all the goals by working out the best route and optimal strategy for powerups. The idea for the game simply popped into my head when I was thinking about what a minimalist console game would look like. To be honest, I don’t really start with genre when coming up with ideas.

3.) You created your upcoming game Minutes completely on your own.  What’s the concept of Minutes?

– Minutes is an abstract game that is concerned with pure arcade gameplay. There’s no story, setting, context to contend with. I wanted to create an experience that sits as an antithesis to AAA titles but still one that belongs on consoles. The core mechanics are about moving a circle around, collecting and avoiding energy shapes of different types. The key element is that the player can change the size of the circle. This forms a risk-reward mechanic which balances safety against score multiplier. On top of that the player unlocks powerups which assist along the way – you can only use one per level so there’s an element of decision-making involved. It’s minimalist, it’s abstract and a challenge that should get you saying “just one more go”.

4.) Minutes was released in Europe in November of 2014, but it’s coming to the United States in February of 2015.  Is this revenge for all the game releases we delay going to Europe?

--    Ha, ha. No. I did plan to release simultaneously but it became clear that I needed some extra time. Plus there was an issue with a tax form! In the end it seemed sensible to wait until after Christmas. I could then modify the game for the U.S. release based on feedback and reviews so far. It’s given me the opportunity to do a second launch and promote the game further which hopefully feeds back into Europe, etc. too.

5.) You are a one man shop at Red Phantom Games.  What is the biggest challenge in operating alone like that?

--    The biggest challenge is self-motivation. I work from home and have no office to get to on time and no colleagues that I have responsibilities to. That can make it difficult. Sometimes I just feel like lazing on the sofa and reading a book or playing guitar. But, I do have the flexibility to work whenever I like so I probably, on balance, make up the time.

6.) Opposite side of that coin, what is the biggest advantage of running the entire project yourself?

--    Creative control is the best part of this. I can make the game that is purely a reflection of the ideas in my head. That’s not to say that I haven’t taken feedback from other people. I have. But, I alone get to choose what makes the cut. I didn’t completely make the game myself – the final design/artwork and the music were created externally but in line with my overall vision.

7.) Back to Minutes. At the 30 second mark of the launch trailer you have a spinning circle with some lines intersecting — what’s going on there?

--    The lines are Beams – one of the “energy shape” types in the game. To score maximum points the player moves to cover the height of the beam to fully absorb the light energy being fired. To score the absolute maximum points the player circle is expanded to full size (on which the score multiplier depends). In this case the Shield powerup is also being used to protect the player circle against damage from any dark energy shapes. There are three other powerups in the game to unlock and they assist the player in different ways and are used as part of the puzzle-solving element as the game gets harder.

Minutes is not your average puzzle game

8.) There are 60 missions in the game, but there is also a daily challenge mode to keep people coming back.  Can you give us an example of what one of those challenges might look like?

--    Each daily challenge level is randomly generated. I don’t even know what’s coming up. The algorithm decides which dark and light energy types are going to be present and how dense (or tricky) the level will be. Broadly they are like the levels from the main game mode but it’s all about focusing on scoring the maximum number of points with no additional goals to worry about.

9.) The music in the trailer is pretty sweet — who handled your music, or did you crank that out yourself as well?

--    A company called Black Bag Music created all the different themes for me. I wish I could do it myself but I don’t quite have the pro music production skills for this. And, I’m really happy with the result. It’s spot-on in regard to what I asked them to create. All the music is 60 or 120 BPM and locks in with the in-game timer. This is one of the subtle ways that I emphasis the underlying theme of time.

10.) Did you develop your own engine for Minutes, or are you running on something like Unreal or Unity?

--    I built my own engine and tools. It takes a bit more development time but I’ve got enough experience to do it quickly. It means I’m not beholden to the costs and limitations or peculiarities of other engines. Though, Unity, Unreal and others are very good, it’s just my personal preference really.  When I start developing the next game the engine is there and ready to go.

11.) The game supports cross-buy between PS4 and Vita, but it’s also one of the few games that supports the much-touted but rarely-delivered cross-save sync feature.  Is that feature so hard to implement?

--    No, not really. You just need to merge the local data with the data on the network. It may not be appropriate for all games but it certainly makes for a smoother experience if you are playing on both platforms. I just saw that Rogue Legacy has this feature. I’d not seen it before that so I did think I might have been first. Never mind! I just hope that other developers will implement it.

12.) This title is for the PlayStation 4 and Vita, but you mention other platforms to be announced in the future.  Any hints as to what those might be?

--    I’m working on a PC version. Other platforms are a possibility but nothing is confirmed as yet. Sorry I can’t tell you any more right now.

Thank you very much for your time!   Looking forward to checking it out for myself.