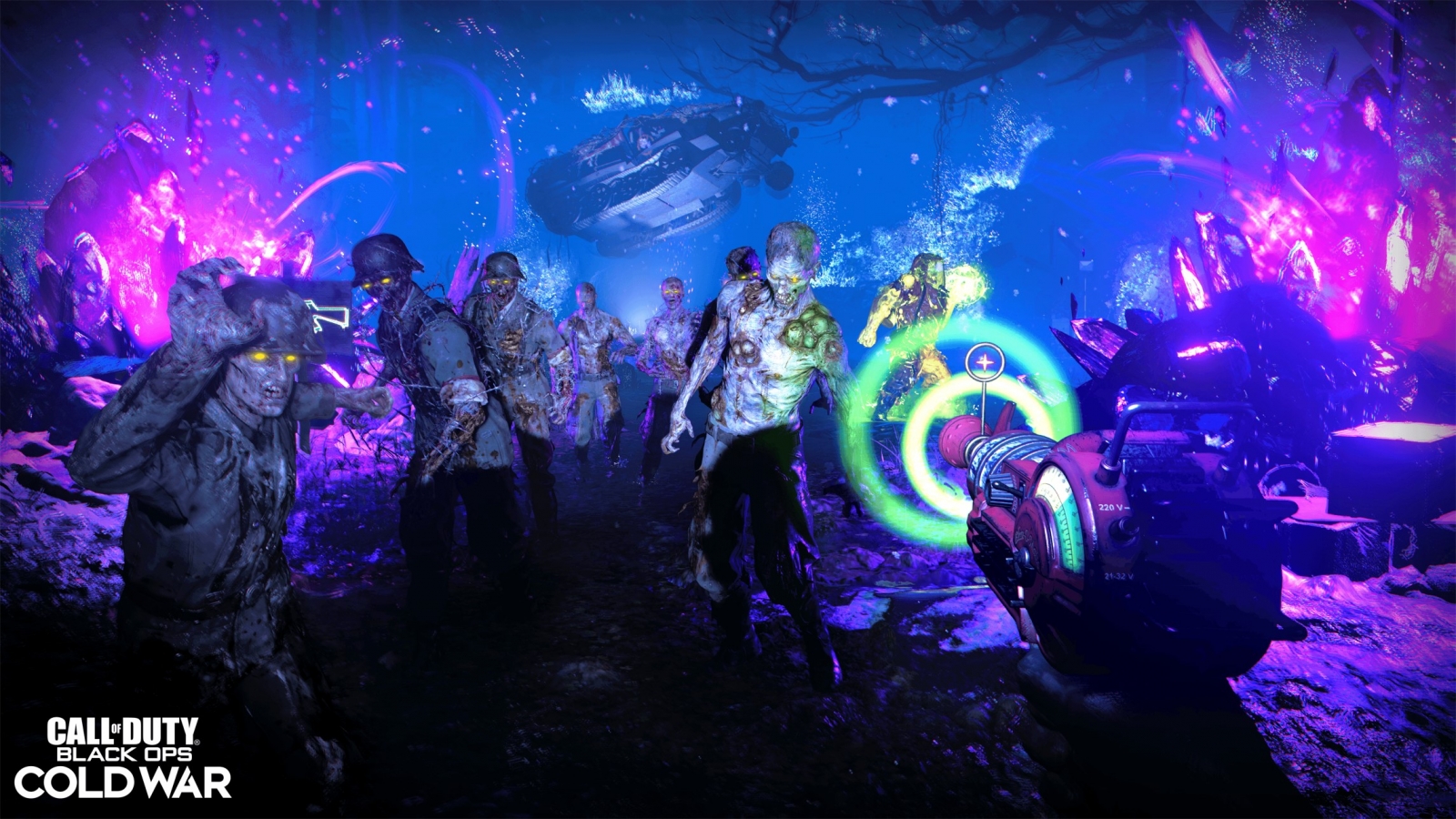 Occasionally in this line of work you get to talk to someone who changed the landscape of a franchise. I was blessed with the opportunity to review Call Of Duty: Black Ops Cold War last year, and somehow my green self got paired up with Corky Lehmkuhl, Studio Creative Director for Treyarch. While unfortunately we ran into a few technical problems, the conversation he and I were able to have certainly made an impression on me during the review process, and after bringing that up in the final draft, we were able to connect afterwards and have a chat about all of it. I still may not have been able to play a match with him yet (I owe you one!), but with the recent Mauer Der Toten Zombies chapter launching in Cold War and the announcement that the team will be working on the Zombies mode in Call Of Duty: Vanguard, I had to reach out to him and ask a couple of questions. He has been gracious enough to answer them, along with sending some really cool sketches he did for the game, check it all out below.

Gaming Trend: What does it feel like to be behind the massive venture of Zombies at this juncture? If I’m remembering right you were the one to greenlight the project for World At War?
Corky Lehmkuhl: Every day I come to work, I feel humbled and grateful to be a part of such fantastic team and franchise. Making Zombies content for more than a decade has truly been one of the most satisfying creative experiences of my life. And yes, I was part of the team that Greenlit the Zombies project for World at War.

GT: How does all of the content being available for free as part of Seasonal content differ from when you worked on it as separate DLC/Season pass content?
CL: Well, the cadence is similar, but from a development point of view, it’s been a lot to take on. The team must develop both Outbreak and RBZ maps, which is a huge undertaking. The teams finish one map and must immediately start the next map—so the sheer ambitiousness of the team’s vision has been the most challenging dynamic associated with maintaining the content release schedule.

GT: There is so much creativity at work this season, with the Mimic and Disciple being amazing additions. How does the team come up with these kinds of ideas? Is it one person, is it spit-balling, is it a think tank?
CL: Enemies and characters have multiple origins, Many times, I will do a quick high-level concept image for the look of the character or our lead character artist on Zombies, Mike McMahan, will put forth the concept based on ideas thrown out from the team—and then we layer on the design—other times it’s the reverse, where design defines an Archetype for gameplay and Mike riffs on it. At the end of the day, it really is a multi-department effort with input from everybody along the way. Here is an example: This is a 3d sketch I did for the Margwa. The teams took that and went to town on it. 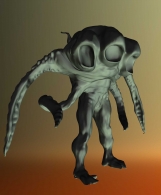 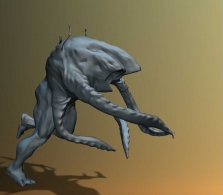 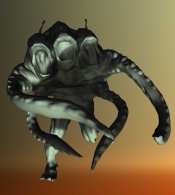 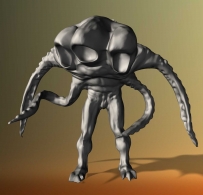 GT: Mauer Der Toten feels like such a humongous undertaking. Is it the largest Zombies map that’s been designed?
CL: Well, all of the Zombie maps are huge undertakings for us for various reasons, but for size for RBZ maps, I think Tranzit might take that title--second would be Origins.

GT: Speaking of design, in a COVID influenced industry where many projects are being delayed, how is this team able to accomplish so much under this extra outside pressure? I mean, the team has built three major Zombies maps and an amazing new mode in Outbreak and we’re not even finished with Black Ops Cold War’s seasonal content cycle.
CL: Our incredible IT department and our passion for what we make kept us afloat. Everyone on the team has in someway been on Zombies from the beginning, so they have a deep love for the mode. I’m not going to lie, there were times when we encountered challenges associated with remote development, but as we fell into our rhythm, things became more stable and consistent for us. Also, we discovered teleconference video meetings. I cannot say enough about this because video is such an efficient way to quickly communicate everyone’s thoughts and ideas by sharing content. There is no way we could have covered so much ground in meetings the old in person way—so this way of working will not be going away for us even when we return to a studio. Once we discovered how efficient teleconferencing is for meetings, we were all like, “Why the hell didn’t we do this before’ instead of struggling to schedule a meeting room.”

GT: Speaking of Outbreak, that may be one of my favorite new Zombies experiences. How did that idea come to be?
CL: We wanted to really explore zombies on a large open world type setting. One thing we really wanted Design to figure out was how to keep difficulty escalating within the same play space as opposed to how other games handle this with specific regions of increased difficulty. This way, the content creation is maximized, and players don’t ‘outgrow’ it as they progress in the match. The Design team did an amazing job. 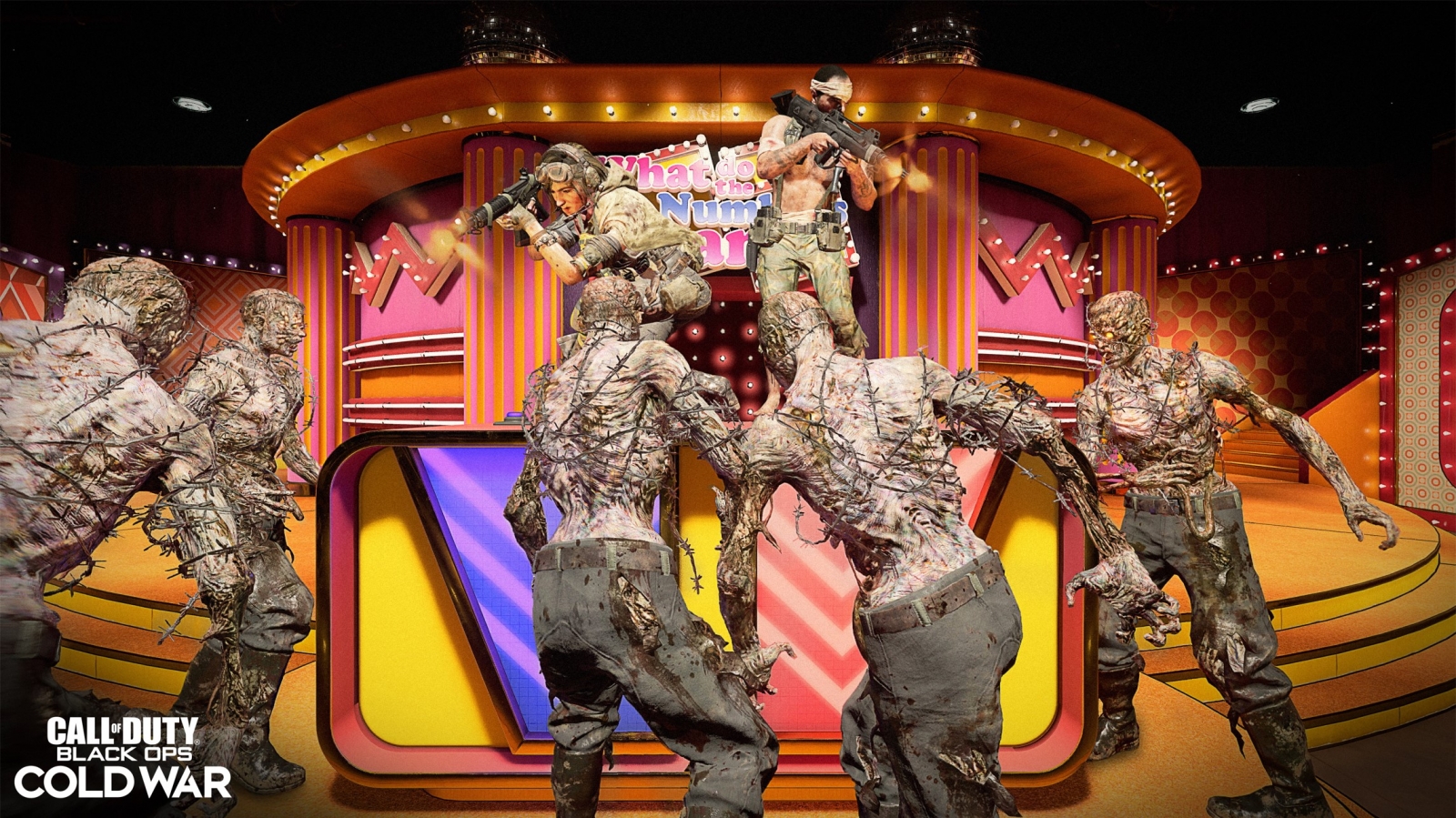 GT: Have there been any new challenges with cross-progression between modes (campaign, Zombies, multiplayer)? And has the addition of that as well as loadouts brought in the casual and new Zombies players like you hoped it would?
CL: The new challenges always came down to communication between departments. We really had to remind ourselves that we’re working toward a global structure for the game—from UI to Progression. While it was difficult because that’s not something we were able to tackle in past games, it has paid off tremendously. No matter what you are playing your progressing!

GT: Any tips to share on staying alive on Mauer Der Toten?
CL: Get the Wonder Weapon—LOL!

GT: Lastly, anything on what we can expect in what could possibly be our last Cold War Zombies expansion before the next game?
CL: A great set up for an ever-expanding Dark Aether Story! And you’re going to love what we have planned for Vanguard!