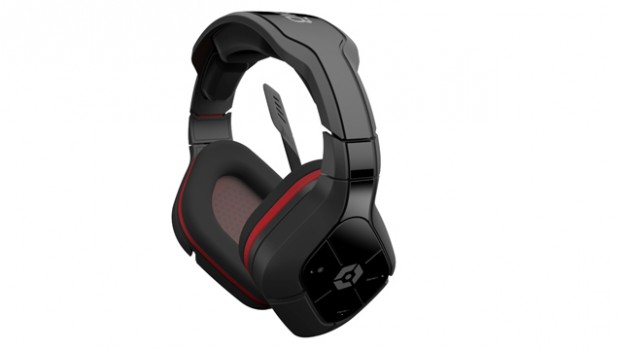 The team at Gioteck gave us a look behind the curtain of two of their upcoming multiplatform products – the HC-5 wireless multiplatform headset, and the RC-3 Gaming Chair.

The HC-5 is cross compatible with Xbox One, PlayStation 4, Xbox 360, PS3, PlayStation Vita, Mac, and PC, as well as mobile devices. It sports a built-in stereo amplifier, more than half a dozen hours of gaming courtesy of a new Lithium Polymer battery, and the whole thing is wireless. The HC-5 is coming our way in September for £59.99 in the UK, and US for $99.95.

The other product they brought was the RC-3 Gaming Chair. The Gioteck crew are no strangers to gaming chairs – they delivered the AC-5 Pro Gaming Chair, but this is aimed at a more portable solution. The RC-3 is nearly as compatible as the HC-5, sporting compatiblity with the Xbox One, PlayStation 4, Xbox 360, PlayStation 3, PC, Mac, and mobile devices, but best of all it’s foldable for ease of storage. It’s also coming this September for roughly £79.99 – no word on a US release at this point.

Both of these devices are better seen than described – check out this video to see a far better look at the Gioteck HC-5 wireless headset and the RC-3 gaming chair.