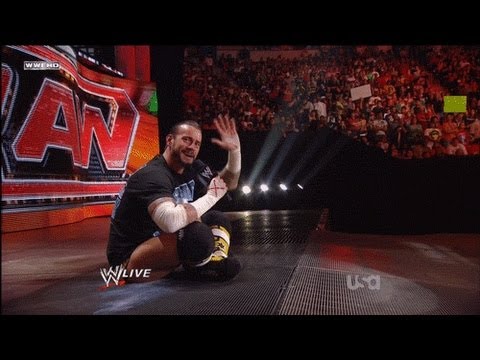 Below is the full interview performed with Paolo Chikiamco…

First off, what was the inspiration for the development of the game?

I was always a fan of narrative-heavy, choice-significant games — I was a gamebook fanatic before I started playing video games — so naturally I fell in love with the stuff Choice of Games was putting out. When I discovered they were looking for writers, I decided to try pitching them a game. I wanted to increase the chances that they’d at least consider my application, and to do that I wanted my pitch to be something that would stand out, something that had never been done before, and since I had just recently renewed my love affair with pro wrestling at the time, a pro wrestling interactive fiction piece seemed so ridiculous that it just might work.

I’d read an article on 1up called “Why Videogames Can Never Fully Capture the Wonderful World of Pro Wrestling” and I’d come to realize that a large part of what made me enjoy wrestling didn’t translate well to straight-up action games or sports simulations — the mixing of scripted characters/storylines with real life personalities and issues and backstage maneuvering. In the past there was a strict division between reality and “kayfabe” — or what passed for reality in the world of wrestling, in front of the cameras. Nowadays, that strict division is gone, but in its place is a weird hybrid, where real grudges are worked into storyline feuds, and the “bad guys” on the shows can be touring children’s hospitals spreading cheer.

What is your history with professional wrestling?

I’ve had kind of a weird relationship with it. I got into it when I was very young, during the Hulk Hogan, Randy Savage era — we’d wrestle at our friends’ houses, or in school corridors, wherever we could. But I fell out of the fandom right before wrestling popularity reached its peak during the Attitude Era. Then, around 2010, my wife and I were stuck at home for an extended period of time, and we ended up watching a few episodes of RAW and Smackdown and getting curious about how much it had changed — she was a lapsed fan as well, but only stopped watching as the Attitude Era wound down. It was sort of just an interesting distraction for a while — until the infamous CM Punk promo in 2011, and from then we became full blown fans, though our tastes have shifted away from the main WWE shows since that time.

What helped you decide what paths you wanted the character’s wrestler to go down? Such as the friend angle, romance angle, etc.

Romance is an element I love to have in the games I play, and since Choice of Games have a strong tradition of romance subplots (if not main plots) in their games, it was an easy decision to make sure that went in.

As for the rest, I had a wishlist of scenarios that I wanted the players to experience or have the option of experiencing. In a way, pro wrestling isn’t just a subject, or a setting — it’s a genre of its own, with its own set of tropes that I wanted to incorporate into the game. Tag teams, cage matches, dastardly authority figures, heel turns, gimmick matches, in-ring promos, managers and valets, maskings and unmaskings… At the time I was writing the game, the season of Tough Enough hosted by Stone Cold was running, which led to the Near Fall Academy chapters… I’d read a wonderful book on pre-WWE British wrestling, which led to the Sagramore/Lady Sagramore character…

But I needed an engine to propel the player from major incident to major incident, and I wanted it to be something that could motivate players who weren’t familiar with pro wrestling. That’s what led me to the creation of the JJ/rival storyline — the “old friend / old nemesis” storyline is also a pro wrestling trope (as the recent Sami Zayn / Kevin Owens NXT feud shows) but one which even non-fans can easily wrap their heads around.

How tough was it to design for both gay and straight characters? Was there a lot of work done to the backstage reactions from other wrestlers?

The sexual orientation of the characters didn’t really make things any more or less difficult — except when it came to coding the pronouns, which was hell, but that was more a function of the variable sexes than the orientations. In Slammed!, the undisputed best wrestler in the world is publicly known to be a gay man, so by the time the player character enters the picture, sexual orientation isn’t really a big deal in the locker room.

Whether you’re playing as a man or a woman on the other hand… that changes the game a bit more, as I wanted Slammed! to touch upon some of the personal and structural sexism that is present in the pro wrestling world.

Did you make the decision late to be able to choose between sex and sexual orientation? Or was that something you wanted to do from the beginning?

From the beginning — allowing players to play as a male or a female, of any sexual orientation, is a major part of the game philosophy of Choice of Games. The ideal would be to allow for bisexual and asexual characters as well, and while I wasn’t able to do that with Slammed!, my next game should have the option to play as a bisexual.

About how many times would you recommend a player play through the game to experience a majority of the text available?

Twice should be enough to get the majority of the scenes, once for each sex and sexual orientation, one route focused on the rivalry and the second focused on the championship.

That being said there are around seven major epilogue scenes, with variation within those scenes based on certain choices, and seventy achievements, completionists will likely have to run through the game quite a few more times.

What’s the future of “Slammed!”? Do you see yourself writing more about professional wrestling in the future or is that a well you will only visit once?

I don’t have any plans for a sequel at the present time, and I’d never really planned to do one — it’s one of the reasons that the final part of the game could branch into so many different possible endings. Slammed! is a love letter to professional wrestling, and while both the industry and my feelings for it have changed a bit since 2013, it’s not reached the point yet where I feel that the new things I want to say would be enough to fill a new game.

That being said, a lot of people do seem to want the world revisited, and while the story of the Slammed! protagonist is over, there are other types of stories that could be told in that world. Maybe in a few more years, after I’ve finished a few other stories for Choice of Games.

There’s a saying that pro wrestlers never retire, they just stop getting booked. As long as there’s interest in more Slammed!, that door won’t ever really close. After all, it’s what’s best for business… (*knowing wink to the smarks reading this*)