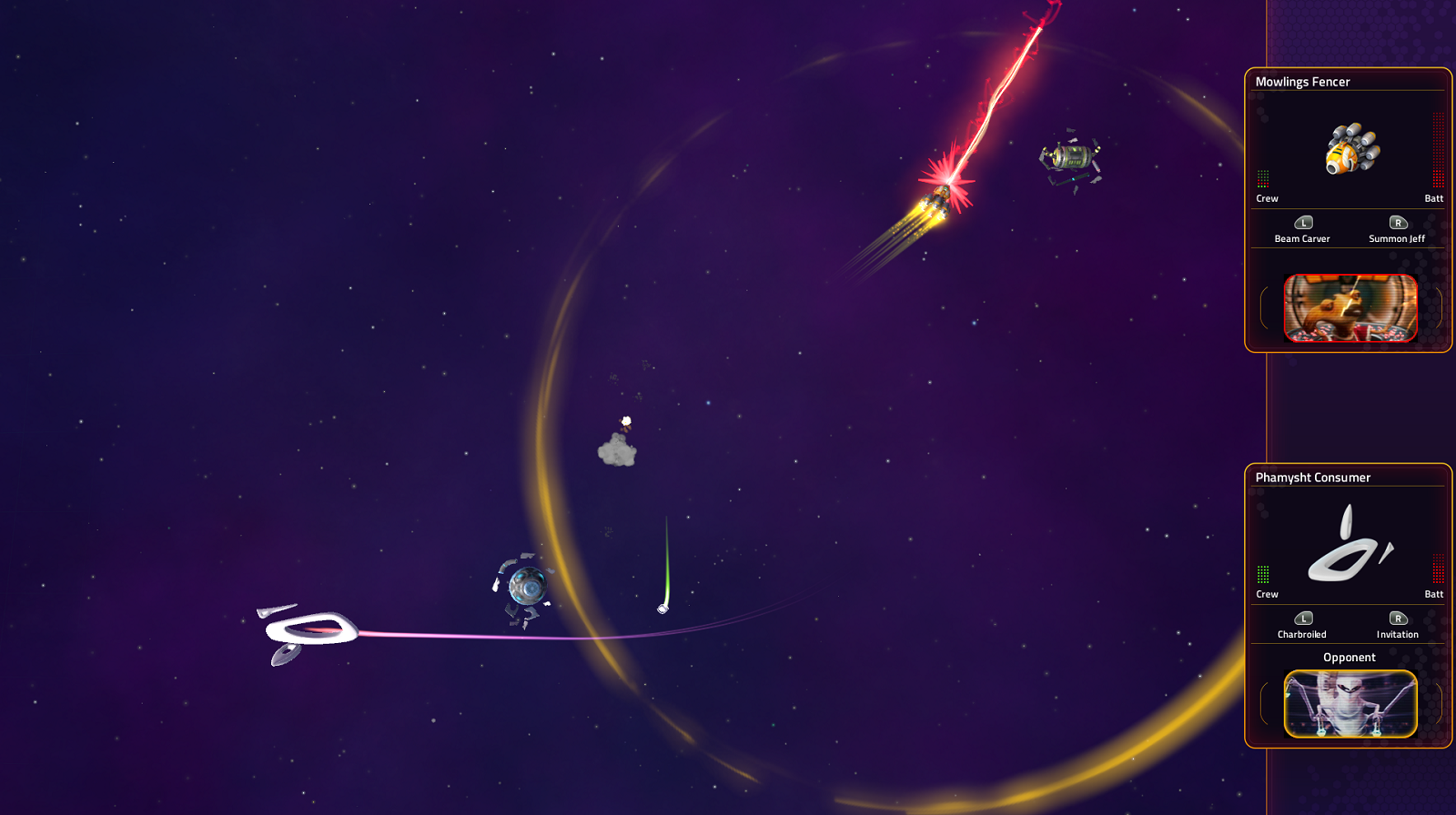 This is Star Control: Origins, I’m here with Stardock, and you are Patrick Shaw!

Yes, my name is Patrick Shaw, I am director of production at Stardock.

How did you guys decide to go back to Star Control?

So, we were all big fans of the original Star Control series, and we were really excited by the opportunity to put a modern spin on a classic game.

I noticed that the battles are kind of like Asteroids, was that an inspiration at all?

With the ship battles, were guys creating the story and then you decided to branch that off, or did you always have that mode in mind?

The ship to ship battles has always been part of the story, but it was so interesting and fun that we spun it off into its own gameplay mode called “Fleet Battles.” In addition to that we added a crafting component where you can build your own ships, add your own weapons and defenses, and multiplayer mode.

With crafting mode, how in depth would you say this mode is?

For the main quest, is it just open-ended, or is there a main story people can follow if they choose?

There is a main story that you follow, that we guide you through the universe, but there are lots of side quests to keep you occupied for many hours.

Does the game end when you reach the end of the story, or can you keep going, with more being added later on?

That’s something we’ve always been good as Stardock, we’re always adding in new content to the game over time.

Is there anything you’ve been dying to let everybody else know?

So we’re really excited about the story. We have a great team of writers that are writing a story that is both funny and has a dark side to it. We’re also interested in the infinite universe that we’re constantly simulating everything at the same time. So you might be on a moon, you wake up, you see the host planets, the rest of the solar system. The aliens are always buzzing around, doing their own thing, interacting with each other, interacting with you, it’s a fully simulated universe that provides context and glue between your story and the wider universe.

With things always moving in the background, would there still be something if the game were to be left on for, say, 100 years?

There’d always interesting things happening, the aliens have their own agendas, somebody is just going to let it run for a hundred years to find out.

So it’s not possible for one alien to take over the entire universe?

No, no, it’s very much a story driven experience.

Thank you very much, when will [Star Control: Origins] be released?