Released earlier this month, gamers everywhere rejoiced at the return of the Scott Pilgrim video game, which was delisted more than five years ago. Even better, publisher Limited Run Games has also opened pre-orders for a physical version of the game, with a bunch of goodies and versions up for grabs. We got to talk with Limited Run Games COO and co-founder Doug Bogart about the release, as well as some fun developments over at the company.

It’s been a little over three years since we last talked! How has Limited Run Games grown since then?

Limited Run Games has grown a lot since then. We are on most platforms now, we do more open pre-orders, and we are in retail stores now like Best Buy, Amazon, and GameStop. We recently opened an office in Japan too! We are also doing a lot of Vinyl now and recently partnered with Brave Wave to expand our offerings.

With the discontinuation of North American PS Vita cartridge manufacturing, Limited Run Games is going full steam ahead with other consoles. What was your favorite Vita release, LRG-published or otherwise?

Last year, gamers everywhere rejoiced at the fact that Scott Pilgrim Vs. The World: The Game would be re-released, myself included! How did you react to the news about the release?

I was super stoked! I remember when I first got the game and how I instantly fell in love with it. It used the source material so well and the music was killer.

Scott Pilgrim is one of, if not THE, game everyone talks about when the topic of game preservation comes up. Was it difficult to secure the rights for the physical release?

Ubisoft and Universal were a delight to work with and were very supportive of our ideas for this release. As a former Ubisoft employee, it’s been a dream to work with Ubisoft again on a game I love.

Anamanaguchi played a wonderful set of the game’s music on your Twitch channel. Who would be another musical artist you’d like to have on?

Technically, that was Ubisoft’s stream which was a great stream! There are a ton of people I’d love to have on, Powerglove is one that comes to mind! 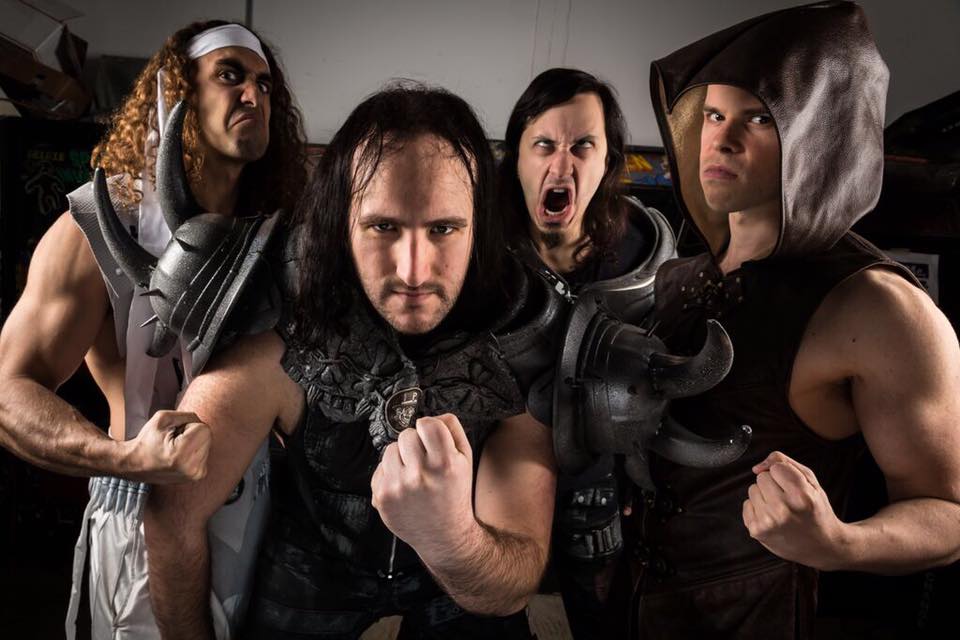 There was a LOT of extra merchandise available for the game, and it even got three different editions to pre-order. How is physical merchandise like shirts or soundtracks different from the game in terms of licensing rights?

Universal owns the merchandise rights and were awesome to work with. They gave us some ideas, and feedback on our ideas. It was a really great collaboration.

Josh recently unveiled that the Scott Pilgrim game was the highest grossing release so far (and one of the few open pre-order titles available). Are you planning on doing more open pre-order games compared to predetermined quantities?

We’ve actually been doing open pre-orders on all our Switch titles since we launched our first Switch title. When COVID first hit in 2020, we changed a lot of our normally limited releases to open pre-order and extended our pre-order period from 2 weeks to 30 days. So far this has worked out really well and our fans seem to love this approach. 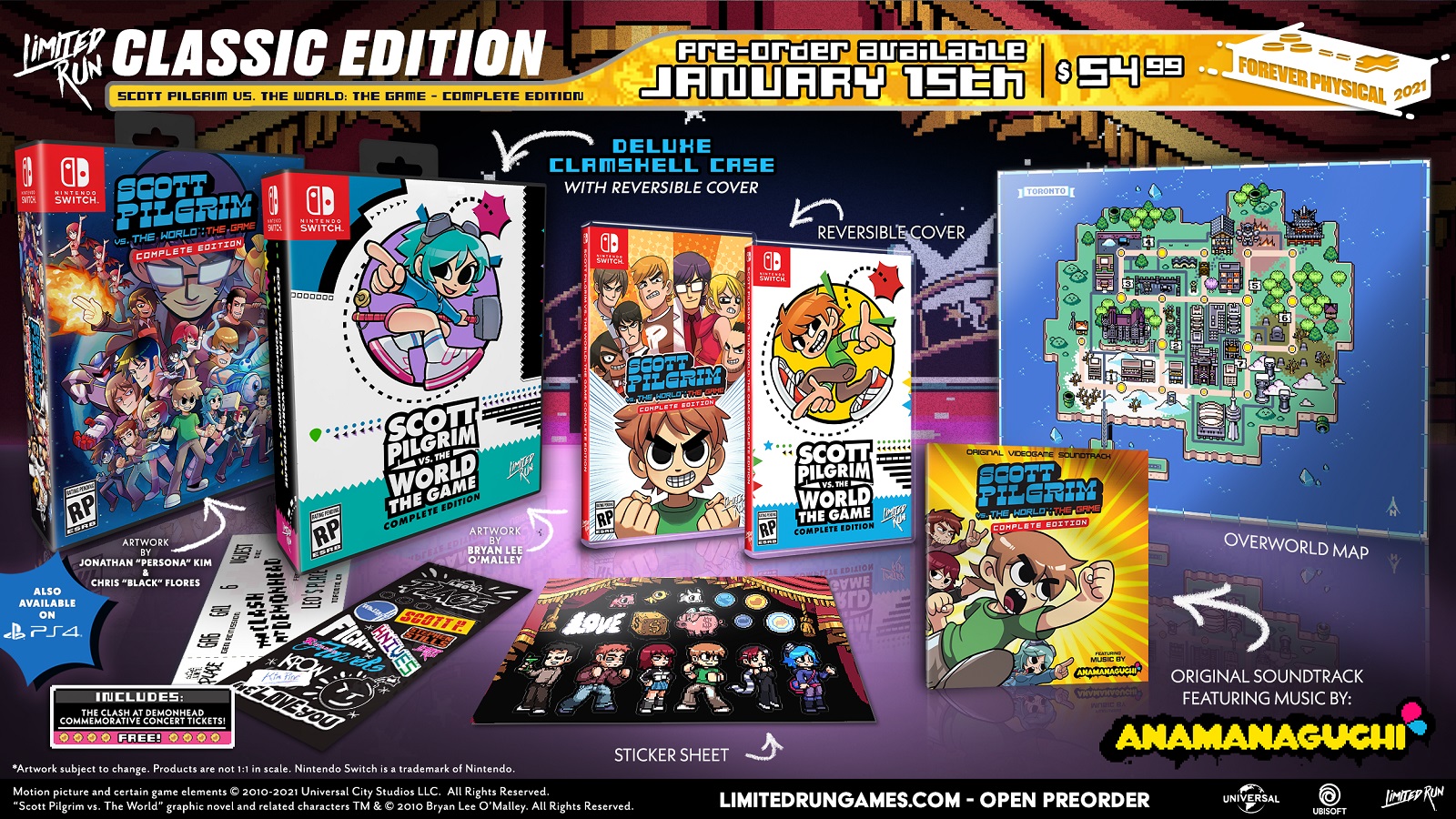 Who is your favorite Scott Pilgrim character? (Personally, I love comic book Ramona!)

I love the comic book version of Scott Pilgrim a lot. I think he has more time to grow in the comic versus the limitation of a movie’s length. That being said, Michael Cera did a fantastic job and he was my first choice when they first announced it. I also, of course, love Ramona! 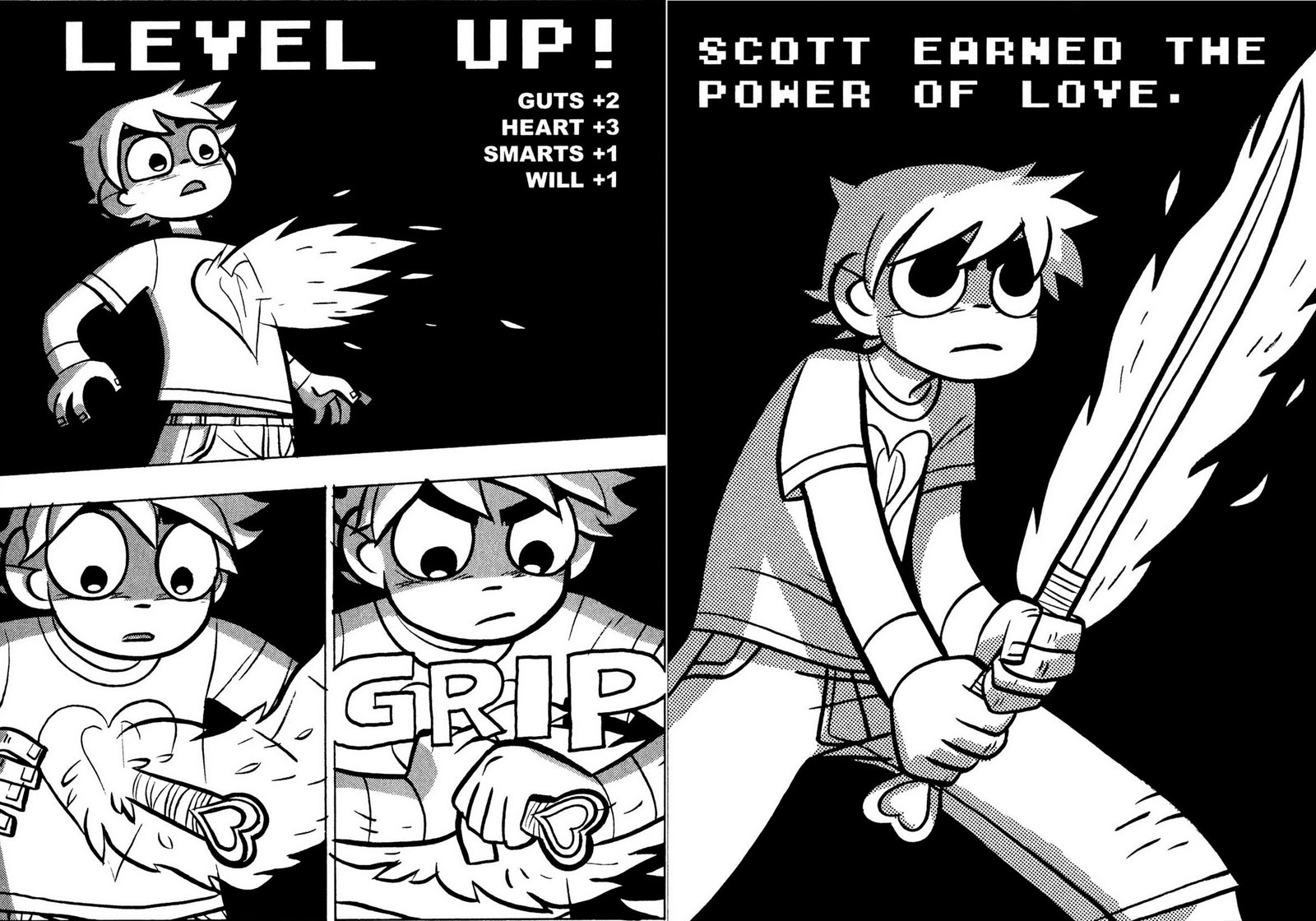 Speaking of comic books, are there any you’re reading right now?

I recently got back into Batman, but I’m pretty much caught up so I’m doing the same now with Spider-man! I also still read the Dragon Ball Super manga.

What is one thing you wish people knew about the indie publishing business?

Hmm, I’d say I wish people knew there wasn’t a huge corporation behind us or most indie devs and that it’s very DYI. If you want to do something you have to really do your research and track down the correct path. There isn’t a written manual on what to do. Well, there might be, but it’s not something that is easy to find!

Cthulhu Saves Christmas was your first PlayStation 5 release (and I quite liked the game on Switch!) Do you have any future PS5 releases coming soon?

Yes! We have about 5 or 6 titles signed right now and another 5 or so pending. We are going to continue to support PS4 for as long as possible, but the demand has already started to move over to PS5. 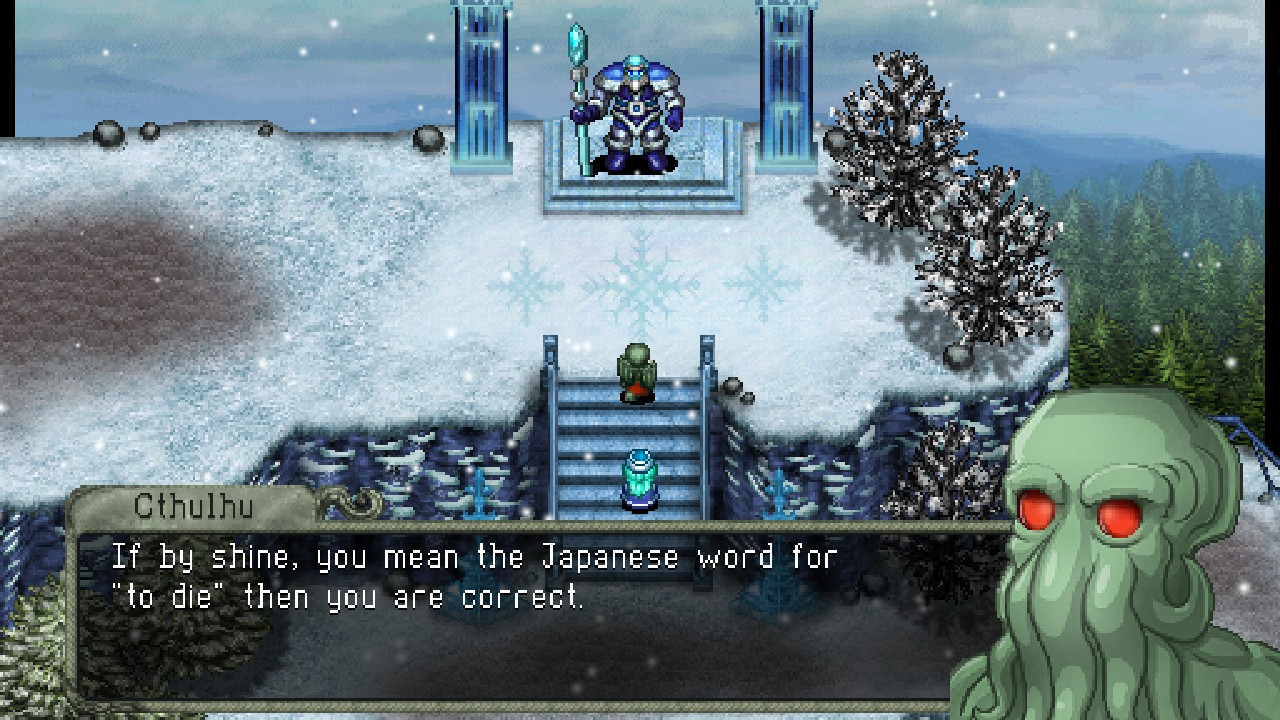 You celebrated your fifth year anniversary of releasing games last year, congratulations! Do you have any big plans coming up for the next few years?

We just opened our Japan office and are excited to start our efforts to publish there! We also have a retail store opening sometime later this year in Cary, North Carolina. This will be a great place for people to grab not only LRG releases, but pre-owned games, merch, and we will have events like panels and game launches there!

Finally, any last words you’d like to give our readers? Perhaps a Stroopwafel plug?

I ate so many of those things I had to take a break haha. I like them now but man there was a period where I was sick if I saw one. Plug wise, I’d say stay tuned for everything we got this year. 2021 is definitely going to be our biggest year ever. I can’t wait for our “E3” show to air this summer and show people what we have coming out! 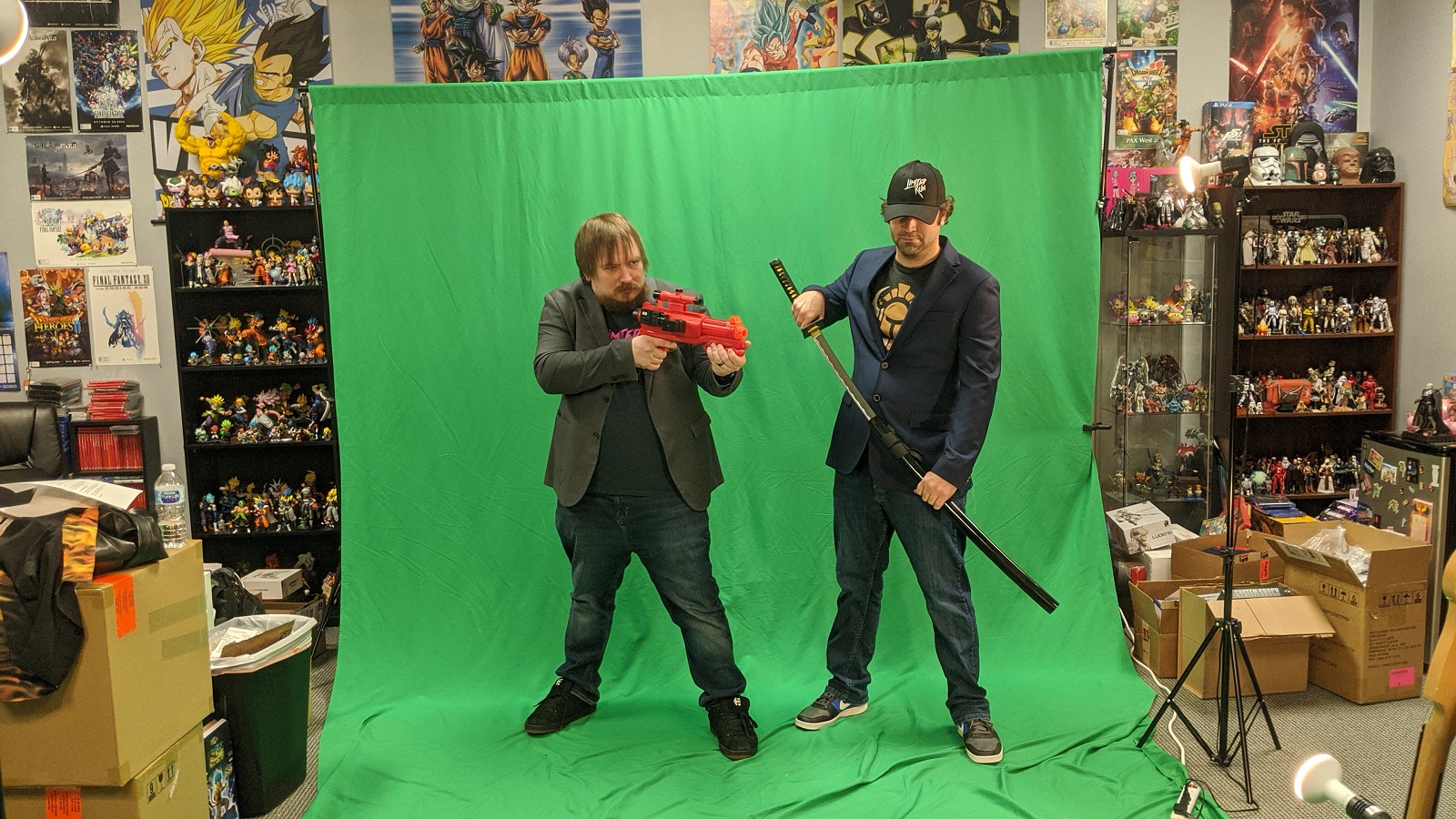 Check out our review of Scott Pilgrim Vs. The World: The Game – Complete Edition, and stay tuned for more news here on Gaming Trend.