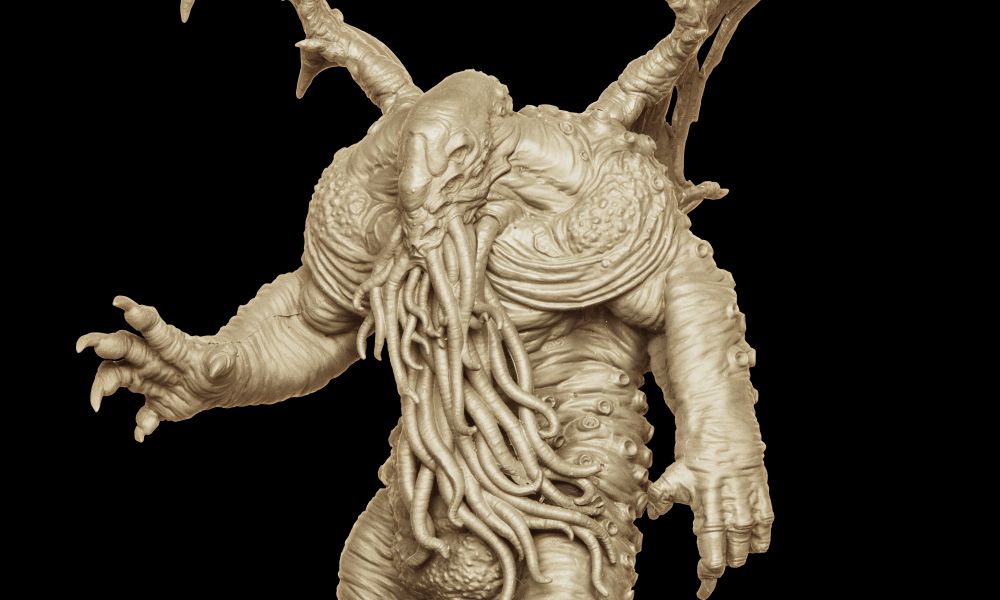 If you go to a board game store, then you can’t hardly move a couple of steps without tripping over a Cthulhu game.  You might think that they should create a section just for that theme.  CMON hasn’t really used the Cthulhu mythos for a game yet.  That’s changing in a big way with the Kickstarter campaign for Cthulhu: Death May Die.  I asked Sean Jacquemain eight questions about the game and the process behind it’s creation since it features two well known designers that haven’t worked together before, Eric M. Lang and Rob Daviau.

How long have Eric Lang and Rob Daviau been wanting to work together on a game design?

Rob and Eric have been friends for years and always respected each other’s designs. They’ve been wanting to work on a project together for a long time, but they wanted to make sure it was the right title.

Have Eric and Rob had to change their collaboration methods due to the difference in time zones between the two?

Being in different parts of the world creates interesting challenges for design teams, but with current technology, they are able to connect regularly to go over the game. Eric and Rob also took advantage of being in the same place for conventions and show whenever they could. Squeezing in even a couple hours here and there made a huge difference.

Why hasn’t CMON come out with a Cthulhu game before Death May Die?

Well, we did publish Cthulhu in the House in 2016, but this is our first big box Cthulhu title. There are so many engaging themes to explore, we just hadn’t delved into the H.P. Lovecraft mythos too deeply until Eric and Rob decided to tackle one of their favorite themes.

Is it inevitable that the Great Old One will come out at some point in C:DMD, or is there a possibility of holding it back?

The Elder God is going to make an appearance. The question is how vulnerable they are when they show up. The Investigators hopefully will have a chance at defeating them.

Losing Sanity in C:DMD sounds like taking corruption in The Others. Are there similarities between the two?

Certain events will force Investigators to lose sanity, but in C:DMD that can be a good thing, helping them unlock greater strengths by leaning into their loss of control.

The game unfolds in chapters. Are these chapters stand alone missions, or will they be linked in a complete story?

Most of the connecting elements are narrative in nature. Each Episode is completely stand alone, with its own objectives, Monsters, and maps.

How is CMON going to stand apart visually from other games using the Cthulhu mythos?

We have enlisted an incredible team of artists, including Adrian Smith and Karl Kopinski, to come up with the Monster and Investigator illustrations. The incredible models in the game were sculpted under the supervision of legendary artist Mike McVey and his team. Of course, the centerpiece of the visual components in the game is the gigantic R’lyeh Rising Cthulhu miniature created by Rene Tremblay.

How many Elder Ones and Investigators can we expect to see in C:DMD?

There will be two Elder Gods in the base game, Cthulhu and Hastur, and 10 Investigators, but who knows what stretch goals may appear during the Kickstarter campaign.

The Kickstarter campaign has already unlocked several Investigators and other items for the game.  It certainly seems like a different take on the fight against Cthulhu.  Take a look for yourself, and be sure to check out the R’lyeh Rising figure.  It’s the largest “miniature” that I think that I’ve ever seen.