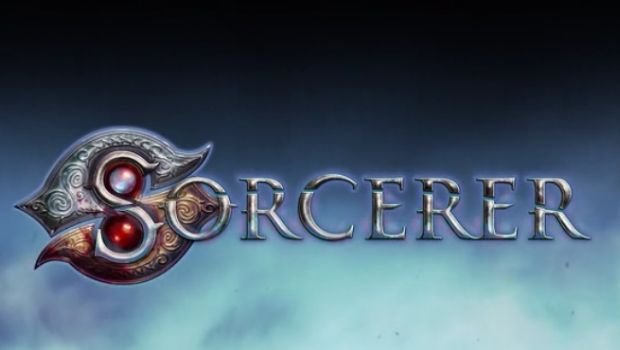 I still remember being lucky enough being asked to try out a prototype of a deck-building game one day before Origins at a hotel nearby.  That day I was introduced to Rob Dougherty and Star Realms.  I knew it would be special, but I had no idea how big it would become.  White Wizard Games took off because of it.  While they have designed other card games, Sorcerer is quite a departure from their previous games.  TO find out more I asked Rob Dougherty, CEO of White Wizard Games, and Darwin Kastle, Game Designer and Creative Director at White Wizard Games, eight questions about the game, currently on Kickstarter.

White Wizard Games has come a long way since Star Realms.  What do you attribute to its success?

I think it’s a combination of our commitment to making high quality products and the amount of great game play we deliver per dollar.

Upon first look at Sorcerer, it looks like it has some similarities to Smash Up! What differentiates it from that game?

One of the more striking differences, besides the visuals, is that Sorcerer has a combat system and that it uses dice.

My understanding is that in Smash Up, each player gets to play one minion and one action, and draw one card. Once the total number of minions on a location reaches a certain number, the location scores. Both the game play and the flavor are simple and light.

In Sorcerer, each player gets six actions per turn that can be spent to draw cards, gain energy, summon minions, play sorceries or attachments, and use minion powers. Minions, sorceries, and attachments have an energy cost to play them. To capture a location, a player’s minions have to attack it (rolling attack dice) and other players can choose to have their own minions take some of the damage rather than risk having the location fall into enemy hands. Both the game play and the flavor are more advanced and deeper than those in Smash Up.

How do you keep the different decks balanced with 64 possible starting combinations?

It’s bit like making a TCG, where you will often have to balance hundreds of cards that might end up getting combined in a near infinite number of ways when players build their decks. Experienced game developers are good at identifying cards that seem like they might be too good or too bad. If you find yourself never wanting to use a card and when you do it feels weak, try making it stronger. If you find there is a card that seems to constantly tilt the balance of gameplay in a way that seems unfair, you try making it weaker.

The key is making the power level of all the individual cards fall into an appropriate range, then the decks themselves are usually close to balanced. If you can make each of the individual decks feel balanced compared to the other decks in its category, then you’re usually safe when combining decks from each category. After that, playtest a ton.

All your previous games were purely card driven.  While Sorcerer is mostly card driven, there are some board game elements as well.  Why expand in this direction?

We love both card games and board games. We have always intended to explore both types of games. Our background was in card games, so it was natural for us to explore those first. When Peter showed us this game we were really impressed with it and we decided that it would the right game for us to start exploring a new genre.

Why add dice to the combat?

We want to make strategy games, but we’re not looking to make chess. Dice rolling can add quite a bit of excitement to a game and adding some randomness will usually make for a better gameplay experience. Between the large number of dice that get rolled and the ability to use omen tokens to reroll dice, the randomness in the game is quite manageable even for serious gamers like us. To my surprise it was one of the things I ended up really enjoying about the game.

The tone and art of Sorcerer is very dark, much different from the other games in the White Wizard Games library.  Why move towards this direction with Sorcerer?

The thing we try to focus on is making great games with a ton of good game play for your dollar. All our games have that in common. Other than that, we like to be able to explore a wide variety of possibilities: card games, board games, dice games, fantasy, sci-fi, horror, and eventually other genres too.

While the theme of Sorcerer might make it less appealing or appropriate for some audiences, many players are loving the art and the story associated with the game. Peter has done an excellent job of creating an immersive and intriguing story for Sorcerer players.

Will the add-on packs just add more deck options, or will it enable people to play five or six player games?

It will give you enough decks to play with more players, but since the game only comes with four player boards you’d need to either acquire more player boards or have some players share boards.

The artwork looks very different from previous WWG offerings.  Did you get a new artist for Sorcerer?

Each of our products uses a fairly large team of artists from various backgrounds. We work hard to have each product have a cohesive look and feel to the art. Since Sorcerer is a quite different type of game for us, we felt it was appropriate to give it a distinct look from our other games.

Sorcerer does use a different team of artists than any of our other games, but we worked hard to create a common vision to the art within Sorcerer that we felt would have a strong visual impact that would be a strong addition to the game play experience.

White Wizard Games does make great games for a fair price point, and they have come out with several expansions for all of their games.  If you haven’t checked out any of the previous White Wizard Games Kickstarter projects, take a look at Sorcerer and back it.