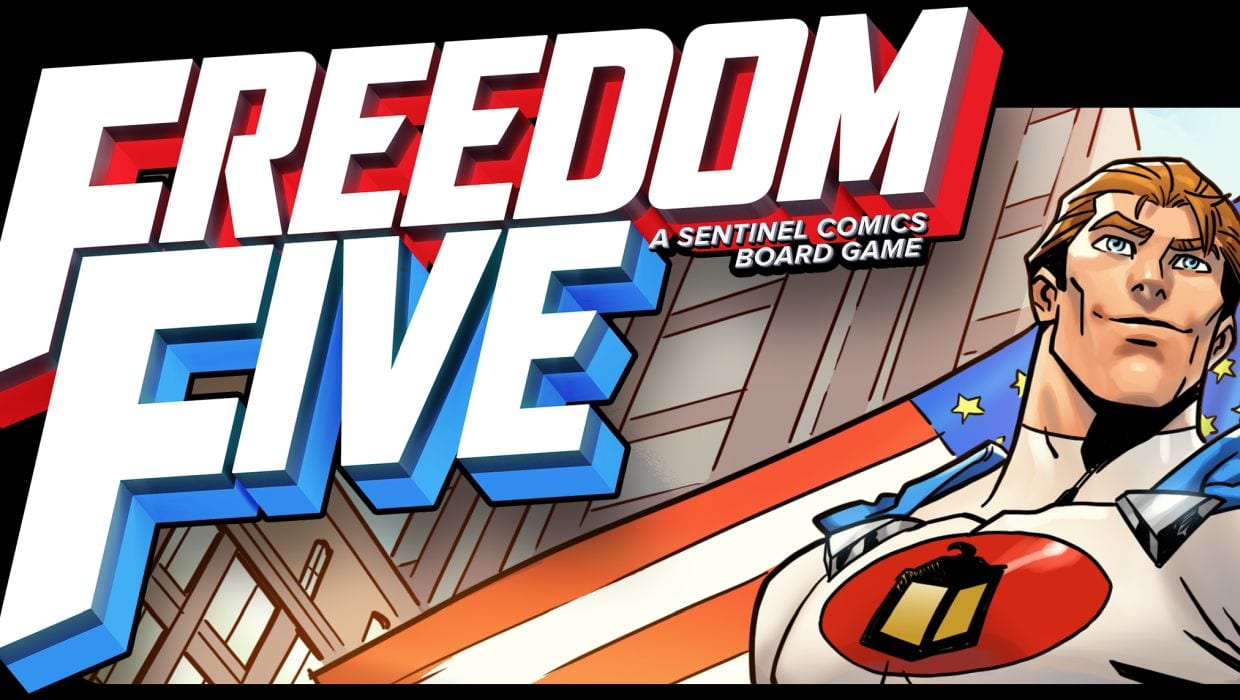 Comic books have been a part of our culture for decades.  Some characters that are common household names got their start in the late 1930’s.  Some games have used popular Marvel and DC characters for their setting, but some create their own characters.  Sentinels of the Multiverse created it’s own universe and became a success with a spinoff and several expansions.  Now these characters are coming to life on Freedom Five: A Sentinel Comics Board Game, a retheme of Defenders of the Realm that is currently funding on Kickstarter.  I got the chance to ask lead designer Richard Launius questions to find out more about this project.

How did you come up with the concept of using Defenders of the Realm (DotR) with the Sentinels of the Multiverse (SotM) theme?

The mechanics in the Defenders always appeared to me to be able to expand into new universes, as seen in the post apocalyptic Defenders of Last Stand, and my love for superheroes got me thinking that it could work well in a superhero game as well. There would have to be a lot of differences since a superhero game did not lend itself to a tower defense, so the challenge would be to determine how Villains and Masterminds move and to give masterminds schemes that would differ from game to game as in comic book stories. Then Brady and Adam Sadler came up with the key mechanic and once we had that as well as skill determining success, the game really felt like superheroes and a completely different experience from the other Defenders games.

As far as getting Sentinels as the Universe, that had been my hope from the start as I had already worked with Christopher, Adam, and Paul by designing NightMist and GloomWeaver, and had designed a couple of Sentinels board games that just never managed to get published, but loved working with them, so when the opportunity appeared for Arcane Wonders to partner with GtGs on this game, I worked really hard to ensure the game enhanced the Sentinels brand as well as just being a great superhero game.

DotR was published by Eagle-Gryphon Games. SotM IP is owned by Greater Than Games. Adam and Bradley Sadler are most associated with Blacklist Games. How did Arcane Wonders end up publishing Freedom Five?

It was a process years in the making. Once again, I love superheroes and had just finished the Batman the Animated Series game for IDW and the idea came to me for a Defenders superhero game. I met with Brian Pope at Gen Con three years ago and pitched the idea over lunch. I remember drawing it out on napkins and discussing various options. Being a fan of the Defenders line Brian was interested. At that same Gen Con, I had lunch with the Sadler brothers and we discussed designing something together and when I told them I was doing a superhero version of Defenders they were interested and decided to work together on it. At that time, the prototype was called Defenders of Champion City and the heroes, villains and masterminds were all characters we created, but it was always my goal to get Greater Than Games to allow us to use their Sentinels Universe for the game. After the game was complete and in development Brian arranged for us to play the game with Greater Than Games folks, and we suggested the game be set in their universe. It took some time (mostly because of the project load for Christopher and Adam), but they liked the game enough to trust us with the Sentinels, and they have played a key role in transitioning the game into the Sentinels universe. The end result, in my option, is a great game with great stories.

Will the main difference between the characters be the super powers they have?

Each character will fully depict their character from the Sentinels comic line. While the main aspect will be their skill levels and power cards, it will also include their private lives cards – each adding a part of their story. 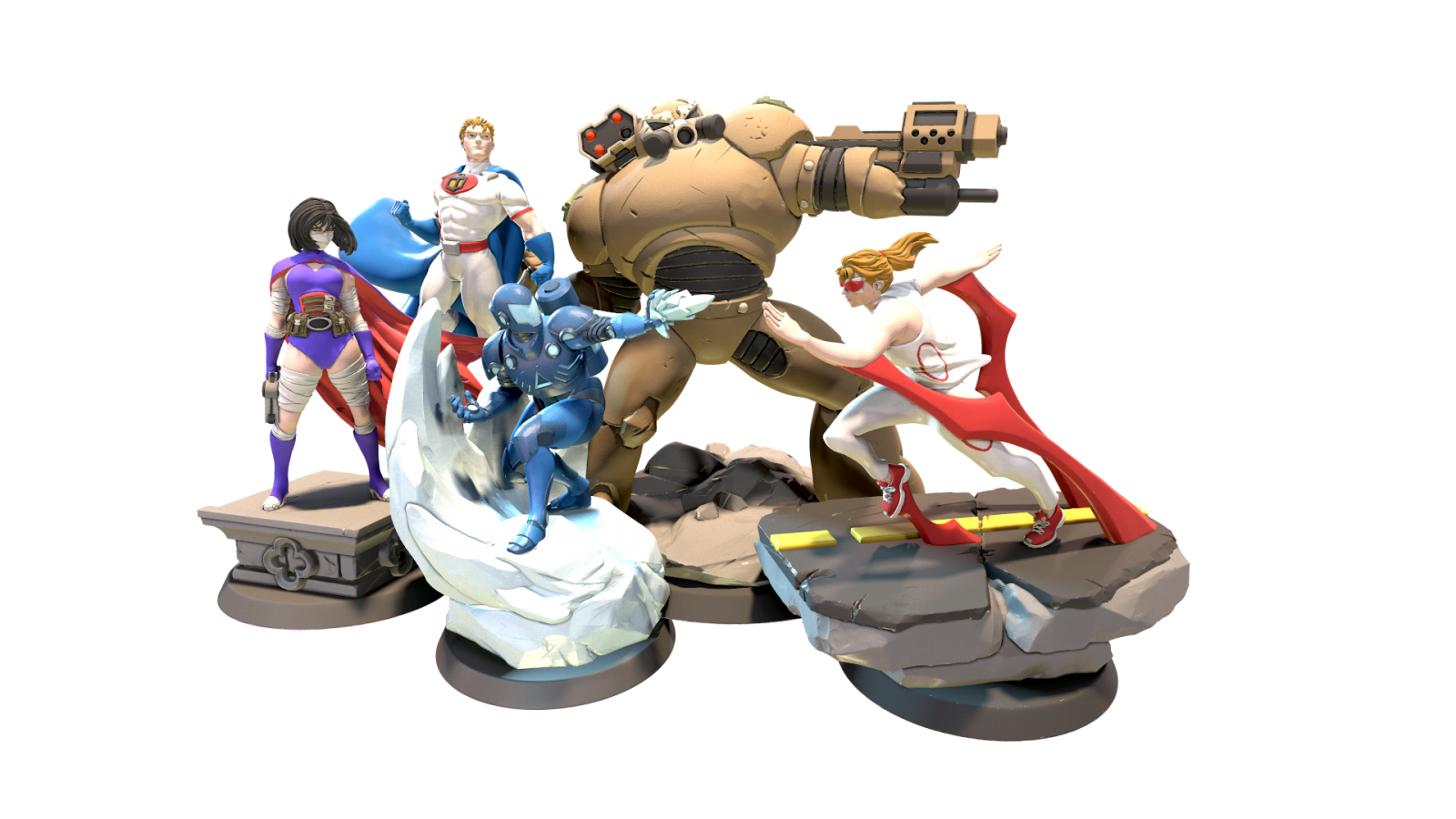 Baron Blade is probably the most recognizable villain in the SotM universe. Will he be behind the scenes or will he actually be in the board handling his own dirty work?

Will there be scenarios within the game, or will the setup of villains be random?

Both – depending on the comic issue being played. In most cases, the Villains will be identified and their starting positions as well, but there will be some comics that randomize setup and even villain selection. There will be one comic issue that will always be random, enabling players to choose the villains during setup. 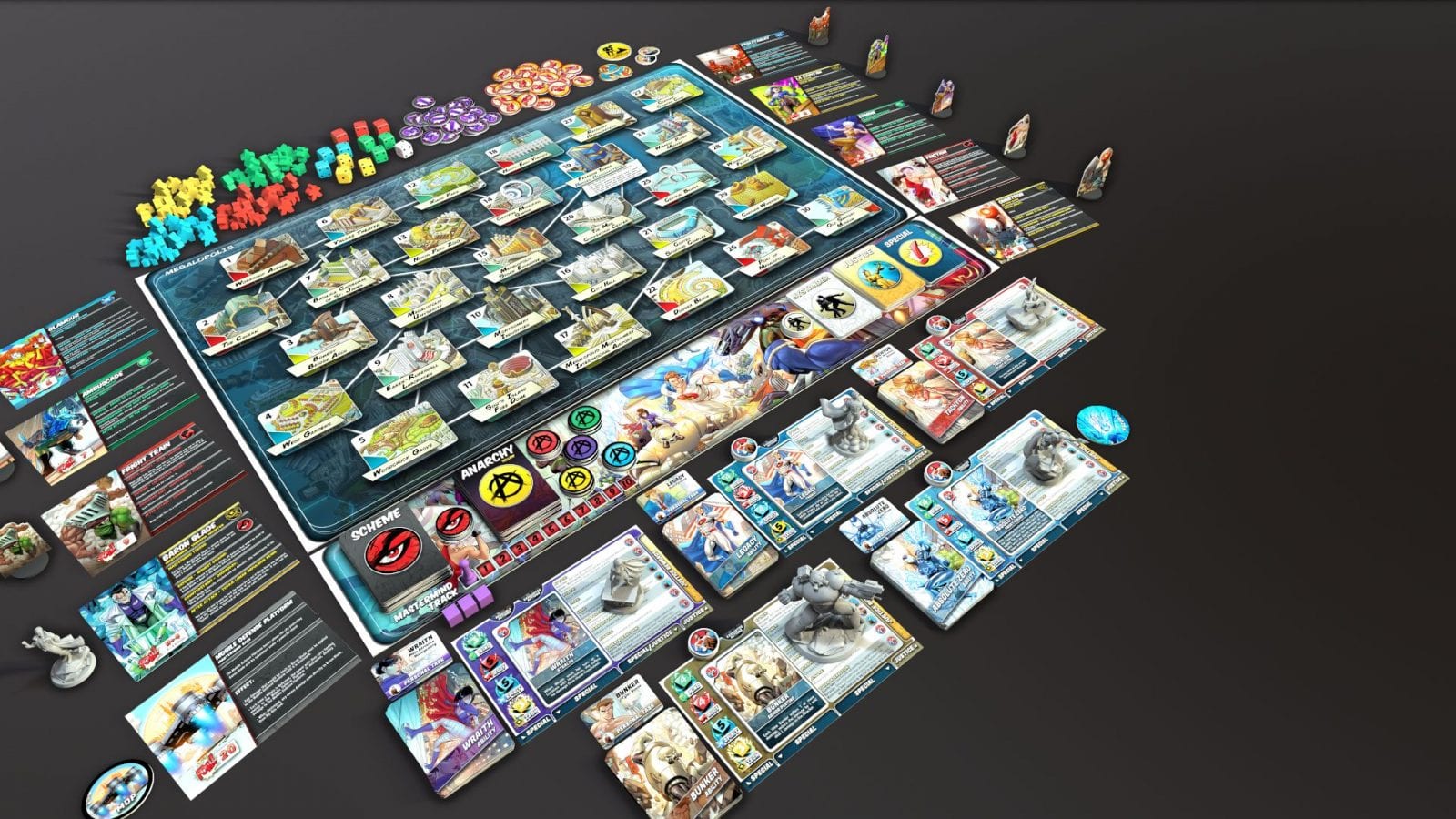 How will the different city locations change the strategy for the heroes?

The locations are mostly thematic for story parts of the game as seen in Justice cards and Mastermind plans. But, as the campaign progresses, some locations may have special value to the heroes – and Freedom Tower always will, as noted by the unique Freedom Tower Anarchy cards.

What are you doing to keep the comic aesthetic of SotM within Freedom Five?

Arcane Wonders has approached every piece of art seeking comic book style and GtGs has been essential to direct the designers and AW to ensure all aspects of the game meet the high standards of the Sentinels line. I think this is best evident in the power cards where each power has been drawn in detail to depict the action of the power – each cards a small comic page, and Christopher personally reviewed each power to ensure the power, the name of it, and the art conveyed the intent as it is in the Sentinels universe. 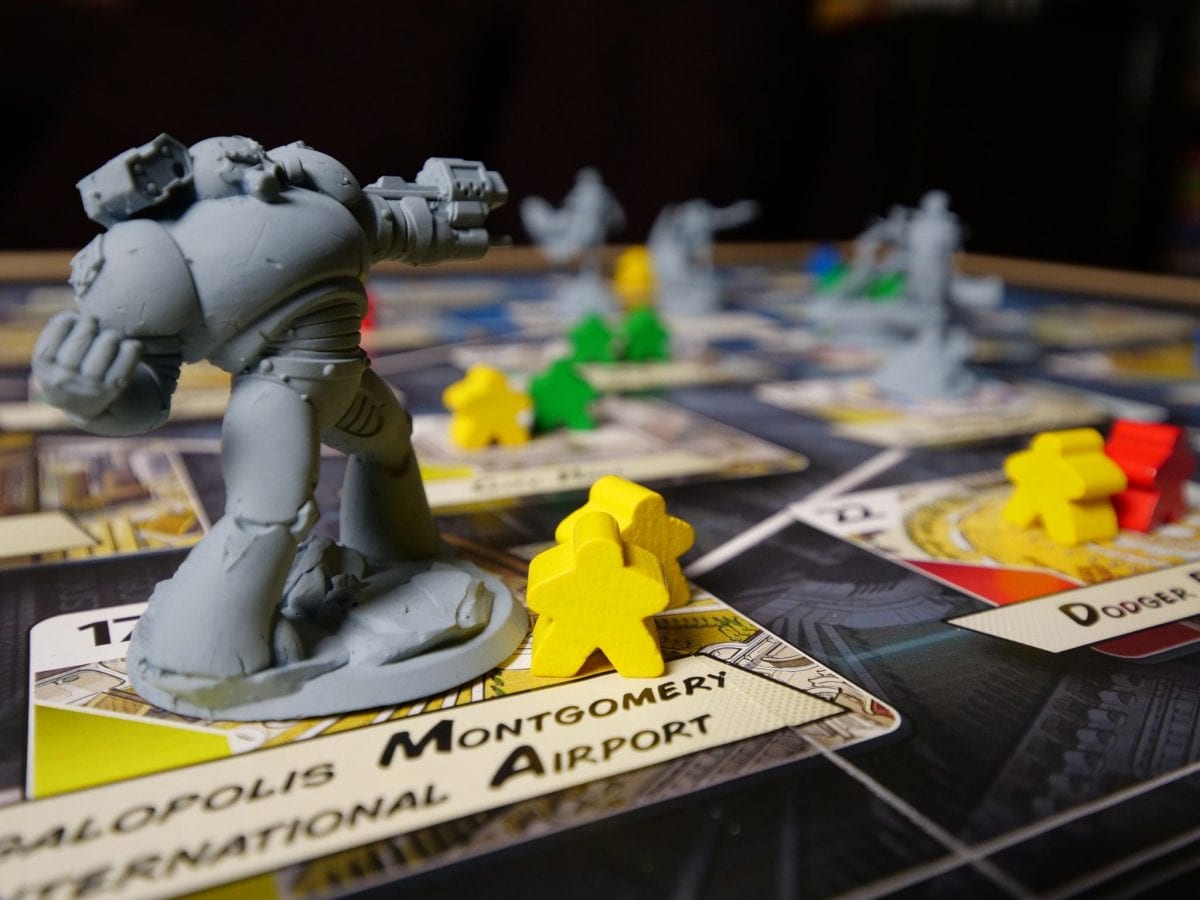 The game looks great with an option to upgrade to figures for the higher pledge values.  There’s a great possibility for even more expansions later.  They also have a demo on Tabletopia that you can try out.  Defenders of the Realm is one of my favorite cooperative games, and I’m glad to see it getting rethemed with the SotM characters.  Be sure to check out the Kickstarter campaign for more information.