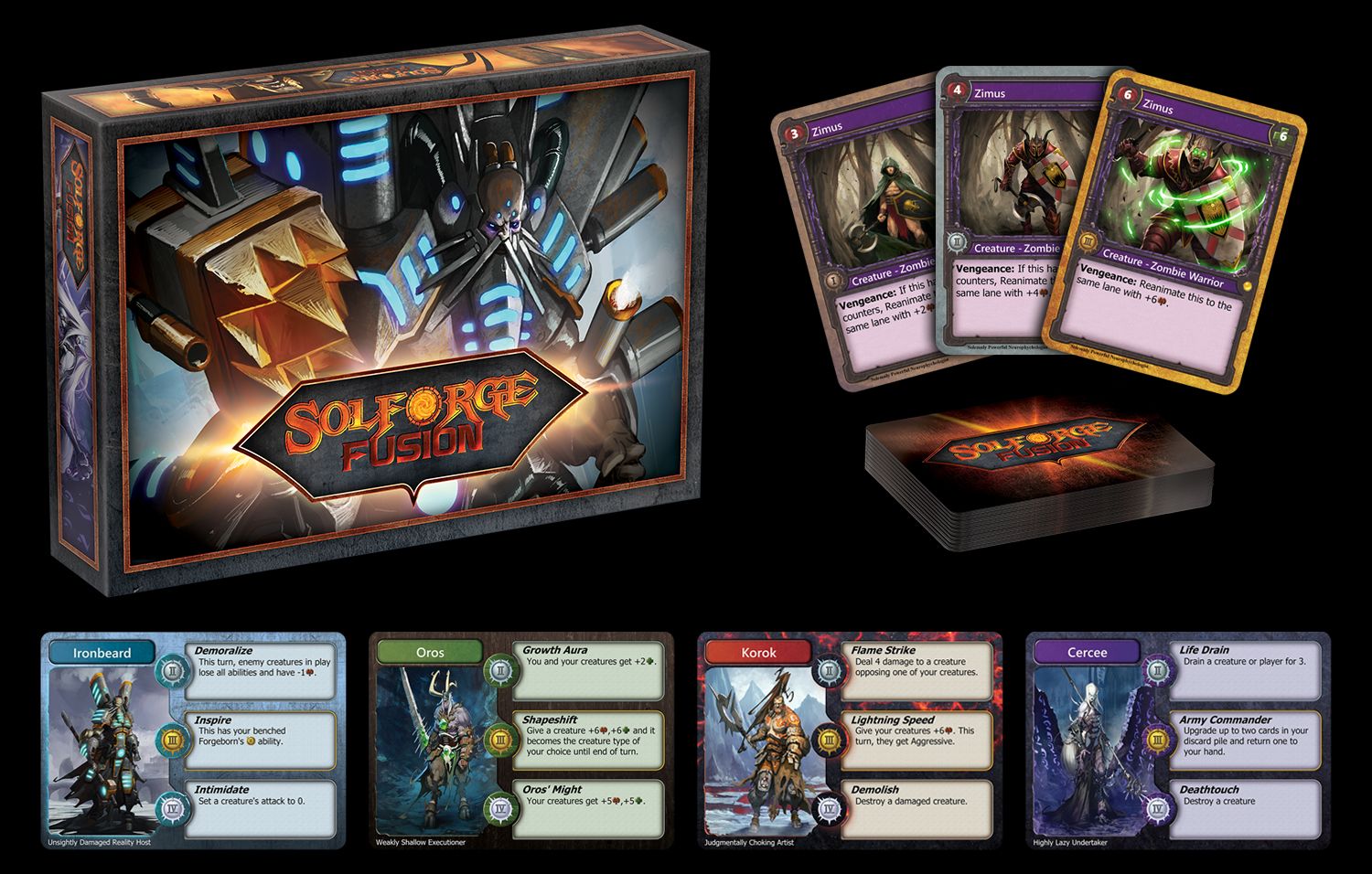 Several years ago I was introduced to Stone Blade Entertainment’s first foray into online gaming, Solforge.  It was a digital collectible card game where players could play up to two cards during their turn, with most of the cards being placed in lanes.  While there wasn’t any cost for playing the cards, the most unique aspect of the game was the fact that each card played got an upgraded version of it placed in the discard pile.  Each card had three levels, with each getting more powerful as the game went on.  However, Solforge’s online presence has been gone for several years due to the servers going offline.  Stone Blade is going to try to bring a similar experience with Solforge Fusion which is currently being funded on Kickstarter.  I asked Justin Gary eight questions about Solforge Fusion to find out more.

The original Solforge was the first completely digital endeavor from Stone Blade. What made you move in that direction for Solforge?

SolForge Fusion began more than a decade ago, when Richard Garfield and I met at the PAX Dev conference.

In 2011, I attended one of Richard’s talks on design. At the end of the talk, someone asked Richard what his favorite game at the time was, to which he replied, “Ascension.” I involuntarily leapt up from my seat and shouted “Woohoo!” After the event, I took the opportunity to meet up with him and talk about design.

Our conversation circled around one question: What’s next in the evolution of gaming?

Our answer: digital trading card games. More specifically, SolForge. This was in 2011, before the era of Hearthstone and Magic Arena, so it was a relatively new space for design. The newness of this space was what appealed to us the most.

We’ve seen the ability for cards to be upgraded in other card games before. Where did the idea come from for every card to upgrade after being played?

We started by creating SolForge’s unique three-level system, where cards level up as you play them, creating a unique gameplay experience where you get to customize your deck both before and during play. This stemmed originally from exploring what was possible in the digital space that would be more challenging to do in a traditional print game. 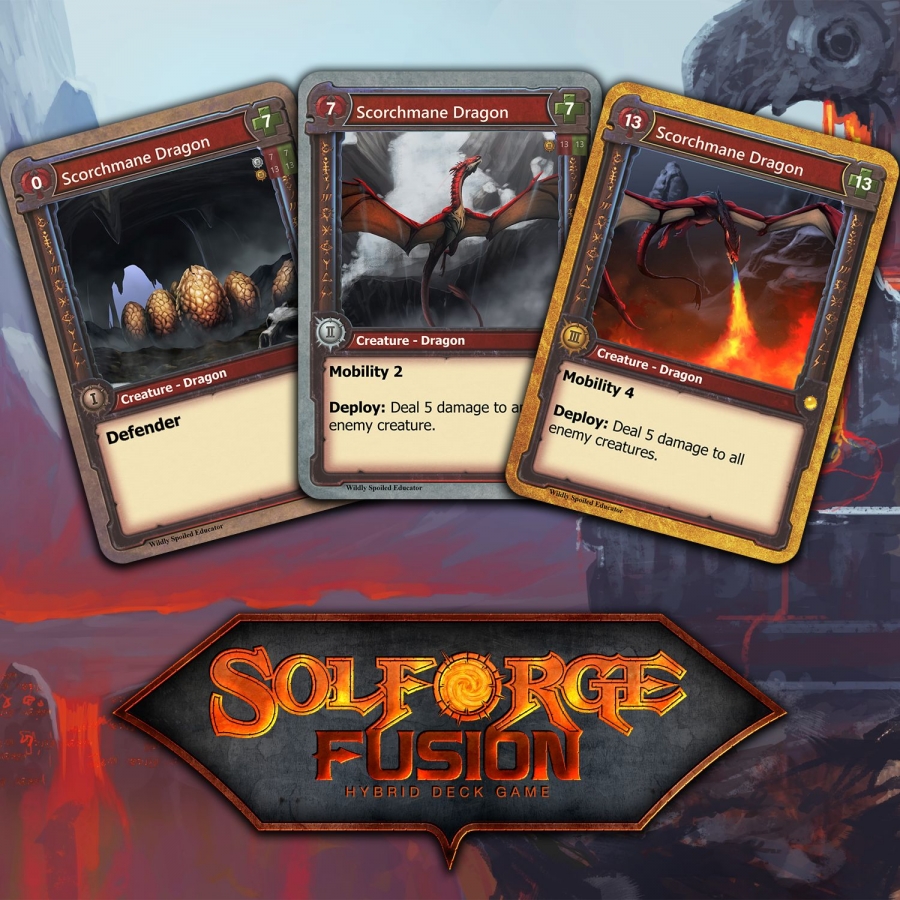 Years have passed since the servers went offline. Why bring back Solforge now?

We’ve been looking for a way to bring SolForge back ever since the servers went offline. We love this game and community and knew we couldn’t let it die. It was just a matter of finding the right formula for a rebirth. It was one of Richard’s other designs, Keyforge (no relation), that sparked the idea for the next iteration of SolForge. Based on advances in digital printing technology, it is now possible to make custom cards and decks, something that would have been impossible even a few years ago.

In Keyforge, the decks were pre-generated and 100% unique. This meant that no two players would have the same deck, completely upending decades of trading card game tropes, where players would often copy whatever “netdeck” was winning that month.

I started to imagine what else could be done to leverage this new technology. In other words, “What’s next for digital printing technology?”

SolForge Fusion goes beyond just digitally printing unique decks, but also uses a unique algorithm to digitally create the cards themselves. By “Fusing” two card halves together, SolForge Fusion will have over 17,000 possible cards in our first set alone (more than was created in the first twenty+ years of Magic: the Gathering!), with more unique deck possibilities than there are atoms in the universe.

Moreover, all SolForge decks can be scanned into your online collection, where they can be exported and played via Tabletop Simulator.

What were some of the challenges to creating Solforge Fusion as a tabletop game rather than digital?

SolForge was originally designed to be a TCG that uniquely takes advantage of the digital space. In it, each card had three levels which evolved as you played the card, allowing us to tell more interesting stories and give players more interesting play decisions than with a single static card.

Leveling up cards is easy when a computer handles it for you, because the process is seamless and automatic. In a physical game, where leveling up is manual, we had to work on making the leveling process fast and efficient for the players. We used several tools to achieve this including graphic design / layout updates, streamlining the turn structure, and reducing the deck size. 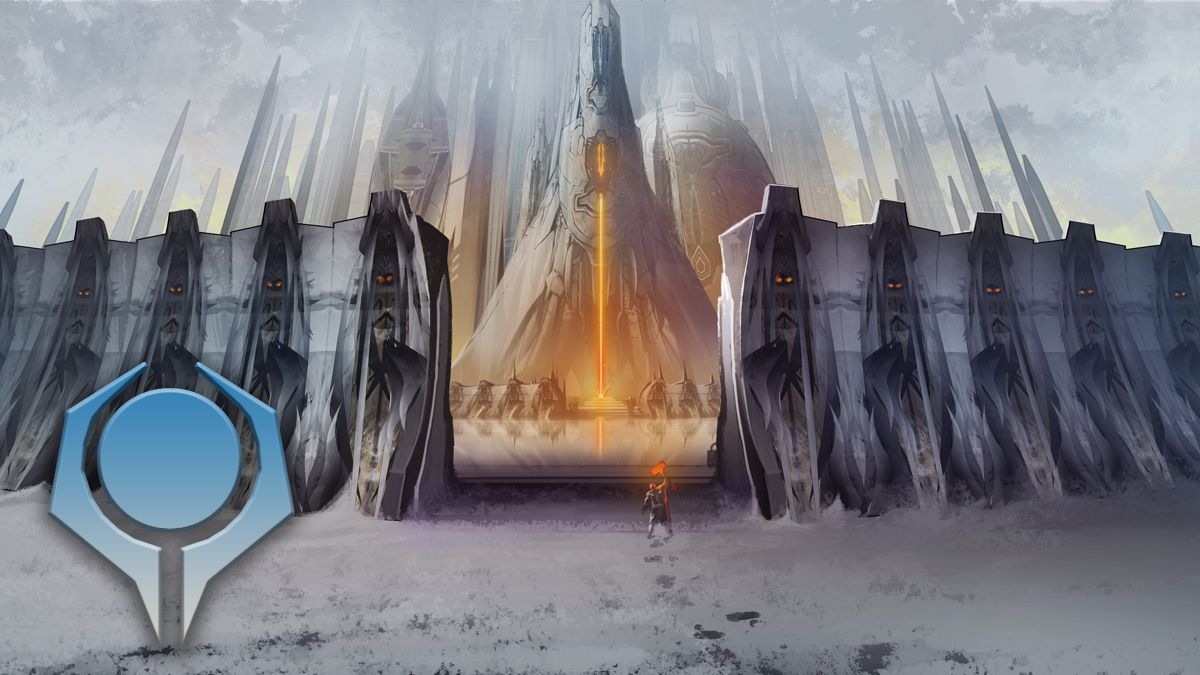 Was it easier to get into the design of Solforge Fusion since you had a large base of cards to work with that was already created?

It was both easier and harder. We had a wonderful base of cards to work from, which allowed us to directly port over some of our favorite characters like Scorchmane Dragon, Chrogias, and Brightsteel Gargoyle. But it also made things more difficult as we had trouble when we needed to change cards dramatically from their initial iteration for gameplay reasons (or because now they were part of the algorithmically generated card set). Breaking from our pre-conceived notions of what cards were “supposed” to do wasn’t always easy!

Will Solforge Fusion be sold in sets with each faction represented equally similar to Ascension, or will you be selling it in faction sets, or will there be boosters similar to the digital Solforge model?

We will be selling starter kits where each faction is represented equally (one unique half deck for each faction) and individual boosters where you get a random faction half-deck. 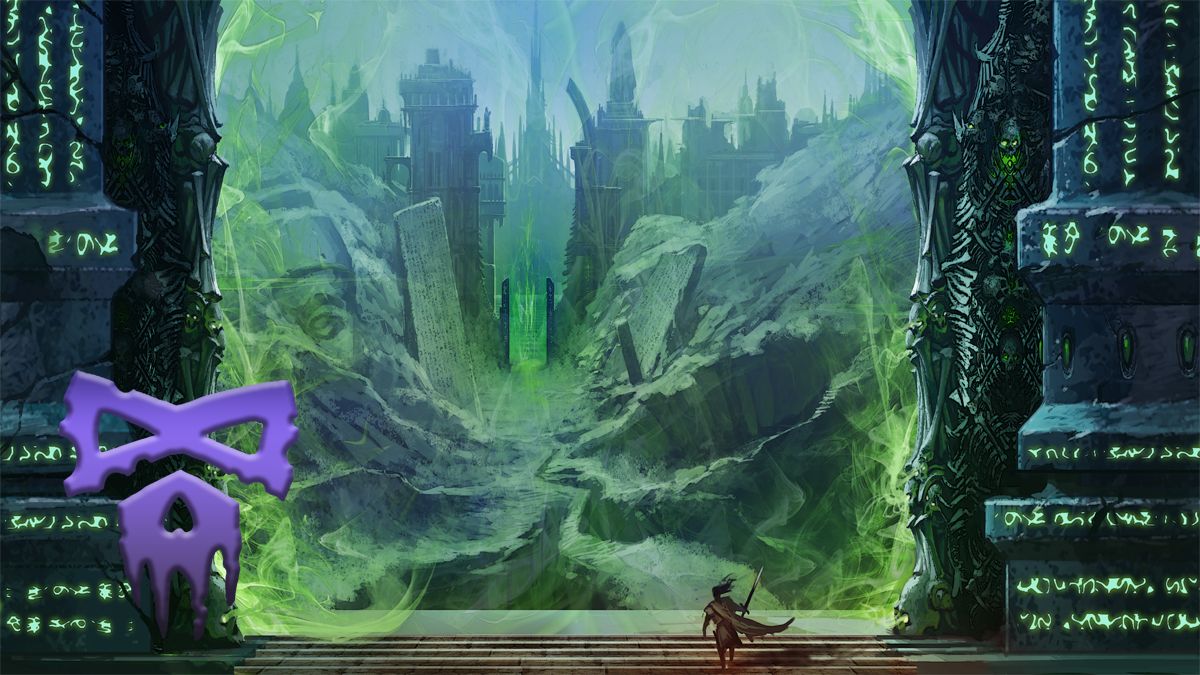 Have you had fun going through the Solforge cards and recreating the experience for Solforge Fusion?

Bringing SolForge back to life in a new form has been a real joy. We are both taking the best of the original SolForge game and leveraging new technology to create a new play experience the world has never seen. Richard and I are both very excited to bring SolForge Fusion to the world.

Will you be giving Kickstarter backers or former Solforge players a way to play Solforge Fusion before the physical game comes out?

Absolutely! Anyone can join our Stone Blade Discord and subscribe to tabletop simulator mod to play SolForge Fusion right now for free! That is one of the best parts of having a community like this and building things via kickstarter. Hundreds of players have already demoed the game and given us feedback that we have incorporated to make it better. Come play and help us craft the future of SolForge Fusion!

The fact that you can scan your cards and play online through Tabletop Simulator as well as in person should give Solforge Fusion a life the digital game didn’t have, though I’m curious about the sustainability of the business model.  I’m also curious how easily the card upgrades will be able to be performed manually.  If you have any fond memories of Solforge or are curious about this new physical adaptation, be sure to check out the Kickstarter page today.