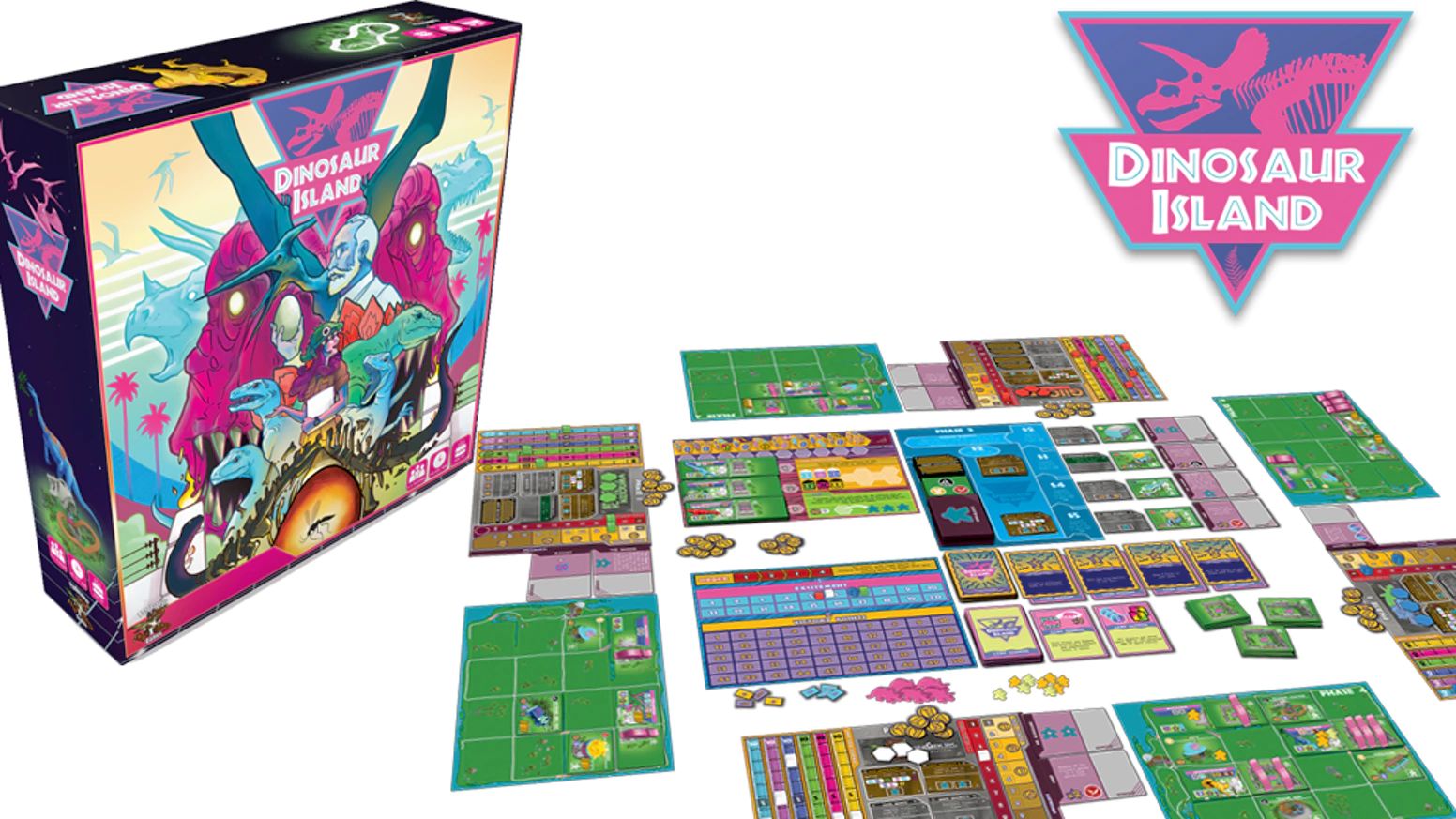 Dinosaurs have an amount of mystery to them, as no living human being has seen one for real.  Jurassic Park made us wonder what it would be like if they were still alive today and had a zoo full of them.  While the movie had an ominous plot, it’s nice to think about how it might be to set up your own little space full of these beasts.  Dinosaur Island lets you build that space, and I asked Jon Gilmour eight questions to find out more about the game.

What are some of your previous credits in gaming?

I currently have several games out that include: Dead of Winter: A Crossroads game (and expansions), Vault Wars, Heroes and Tricks, and Wasteland Express Delivery Service

How did you get into board game design?

I started designing games because the job I was working was not very creative at all, and I really wanted that kind of outlet in my life. I had become passionate about playing boardgames again, and I had always wanted to design video games, so I started to dabble in tabletop design.

Would you say the theme of Dinosaur Island is a cross between Jurassic Park and Zooloretto?

In some ways. It’s definitely an ode to the Worker placement games that Brian and I love very much. It’s a step up in complexity from Zooloretto with lots of rewarding depth. The JP reference is pretty dead on though.

Dinosaur Island seems to be a departure from your previous designs. What inspired you to create a worker placement?

I really love every type of game, and I want to only design games that I want to play. So I really want to try to stretch myself as a creator and tap into as many different areas that I love as possible. Worker placement was a thing that had been on my list for awhile to try designing. And when Brian and I started working on the game, we almost instantly felt it should be a worker placement game.

What makes Dinosaur Island different from other worker placement games?

We have lots of fun stuff in the game that we think makes it stand out. One are the game changer cards that come out each game, and change how the game works in several different ways. Another is the two separate worker phases, one where you are researching dinosaurs and then another where you are working in your lab.

The dice look great. Was it difficult to convince Pandasaurus Games to create dice with these symbols on them?

That was something Brian and I were very worried about. The game requires at least 10 dice and none of them are the same. We know that it was something that could be produced, but we had to find a publisher that loved the game enough to figure out how to do it well.

What is the solo mode on the game like?

Solo mode was a lot of fun to design, because I don’t typically play board games solo. I turn to video games for that. We borrowed some of the systems from my good friend Gil Hova’s game ‘The Networks’ in the way that it fills in for lower player count, and then built on and tweaked that system to create the solo mode and make it a satisfying experience.

Those are science hats! Or maybe explorer hats! Regardless they are required uniform on Dinosaur Island!

Kickstarter backers should get their copies shipped soon, and you can pre-order copies at various online retailers.  The theme should make it a great way to get friends to try out worker placement games, and the graphics are bright and colorful.  Be on the lookout for it and be prepared to create your own Dinosaur Island.