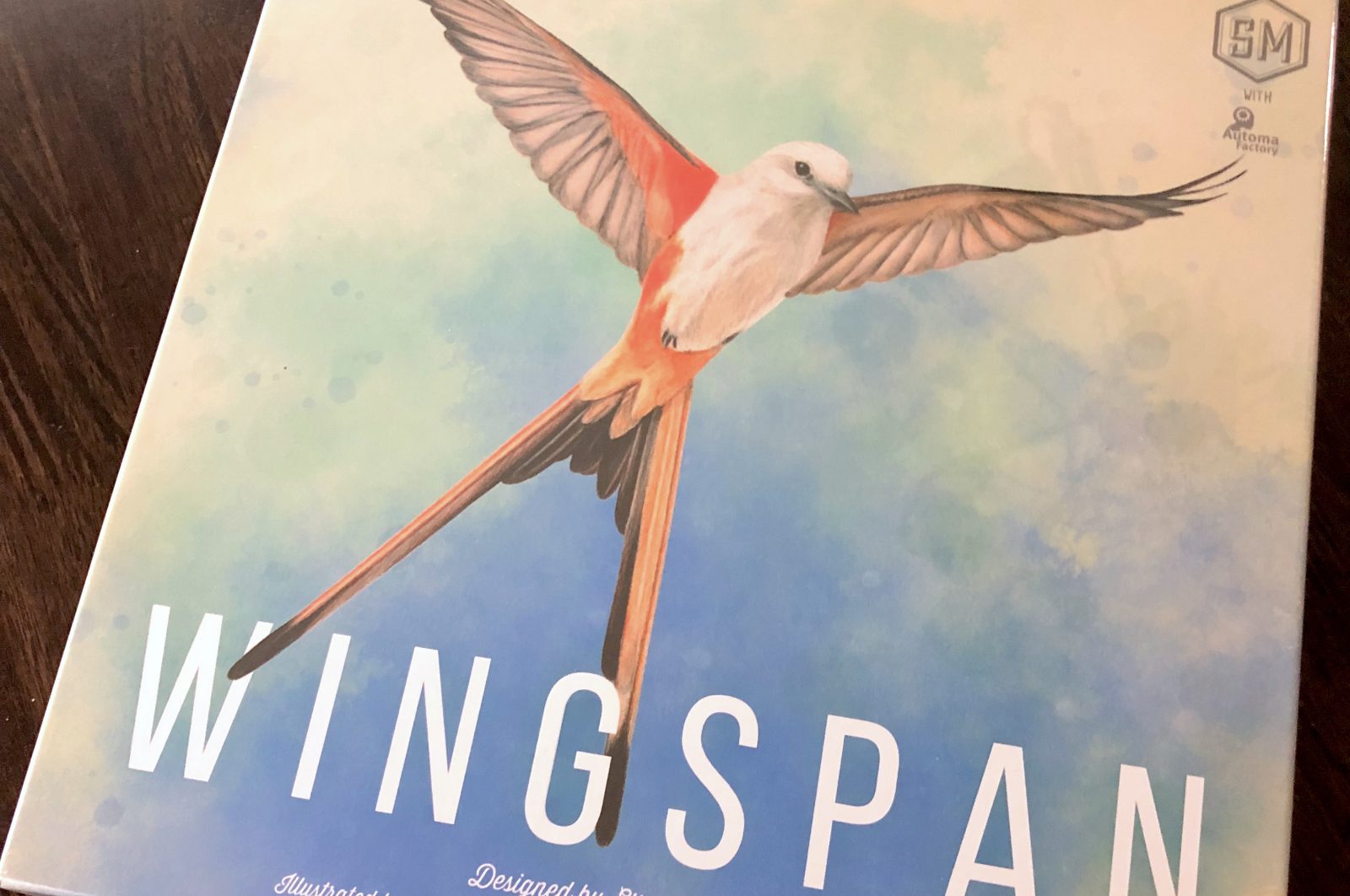 When Stonemaier Game’s latest release Wingspan went up for pre-order on January 2nd, nobody had a clue as to how popular a bird-themed engine building game would be. Fast forward to March and its the hottest game on Board Game Geek, demand was so high that many shops didn’t even get copies on the release date, and 2nd and 3rd printings are already in the works. We reached out to first-time game designer Elizabeth Hargrave to ask her a few questions about this unlikely hit:

This is your first published game- how long have you been working on Wingspan and what inspired you to make a bird-themed game?

I started working on it in 2013 or 2014 but took some breaks. The original inspiration was just feeling like the most popular boardgame themes were things that I have zero interest in. So I decided to make one about something that I cared about. My original line of thinking was: there are a lot of processes in nature that follow the same basic rules of resource management that you see in generic agrarian European boardgame settings. Land produces resources, and animals use those resources. And that was the initial seed of Wingspan.

What games (if any) do you feel influenced your development of Wingspan’s ruleset? Why?

I was playing a lot of Race for the Galaxy when I first started designing it. I always smile when reviewers pick up on that and make a comparison. That remains one of my favorite games. It’s such a tight engine builder — it feels much bigger than the time you spend playing it.
The concept of triggering a row of actions by habitat was inspired by something similar in Deus. That came in much further along in the game’s development. That structure really helps players feel more and more powerful over the course of the game, in a very tangible way. It just feels awesome to trigger four or five things on a turn. 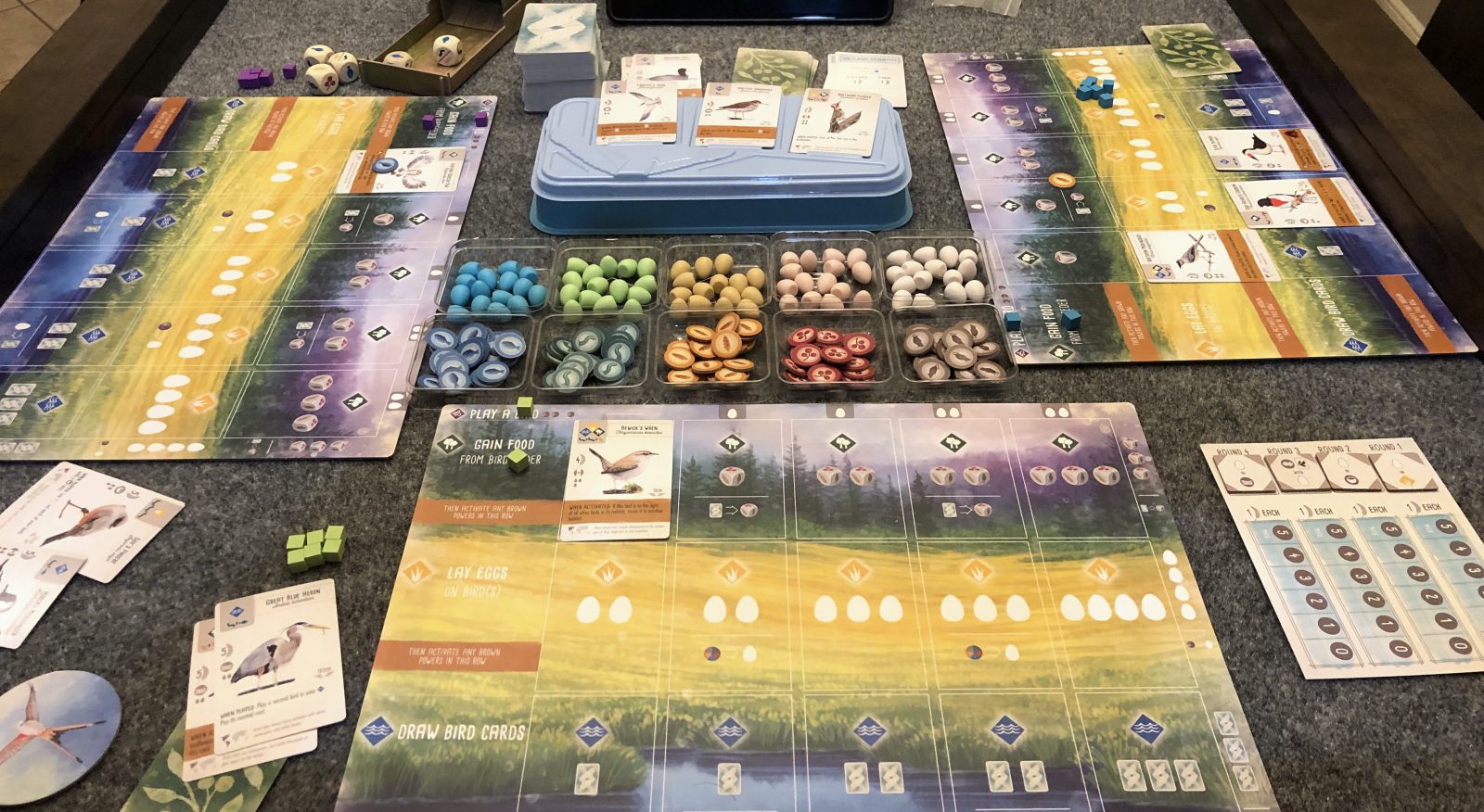 There are 170 different species of birds in the game, each representing a different ability- how difficult was it distilling each species into a working mechanic of the game?

It was difficult. It’s a lot of cards. I got most of the game working with a smaller deck, then we decided to push larger to increase the feeling of discovery and diversity. I’ve never seen people go through the entire deck in a single game.
It’s fairly important mechanically for the birds to be evenly distributed by habitat and nest type, and for the food requirements to be not too far off from the distribution of food on the dice. But I was trying to stay true to the actual characteristics of the birds. So just coming up with the right list of birds, balancing all of those things, was a lot of work. And then I had to give each of them something to do!

Do you feel that the abilities and mechanics associated with the different bird species will be appreciated and recognized by enthusiasts and even ornithologists? Did you include anything like an inside joke for those who know their birds?

A lot of the cool ones I tried to reference in the flavor text on the bottom of the card, so I don’t know that there are really any inside jokes. One of the first ones I came up with, that really inspired the push in the direction of giving birds powers, was the brown-headed cowbird. In real life, cowbirds don’t build their own nests: they just lay their eggs in other birds’ nests and let those other birds raise their young for them. In the game, the brown headed cowbird’s power is that when another player lays eggs, you can put an egg on another bird on your player mat. 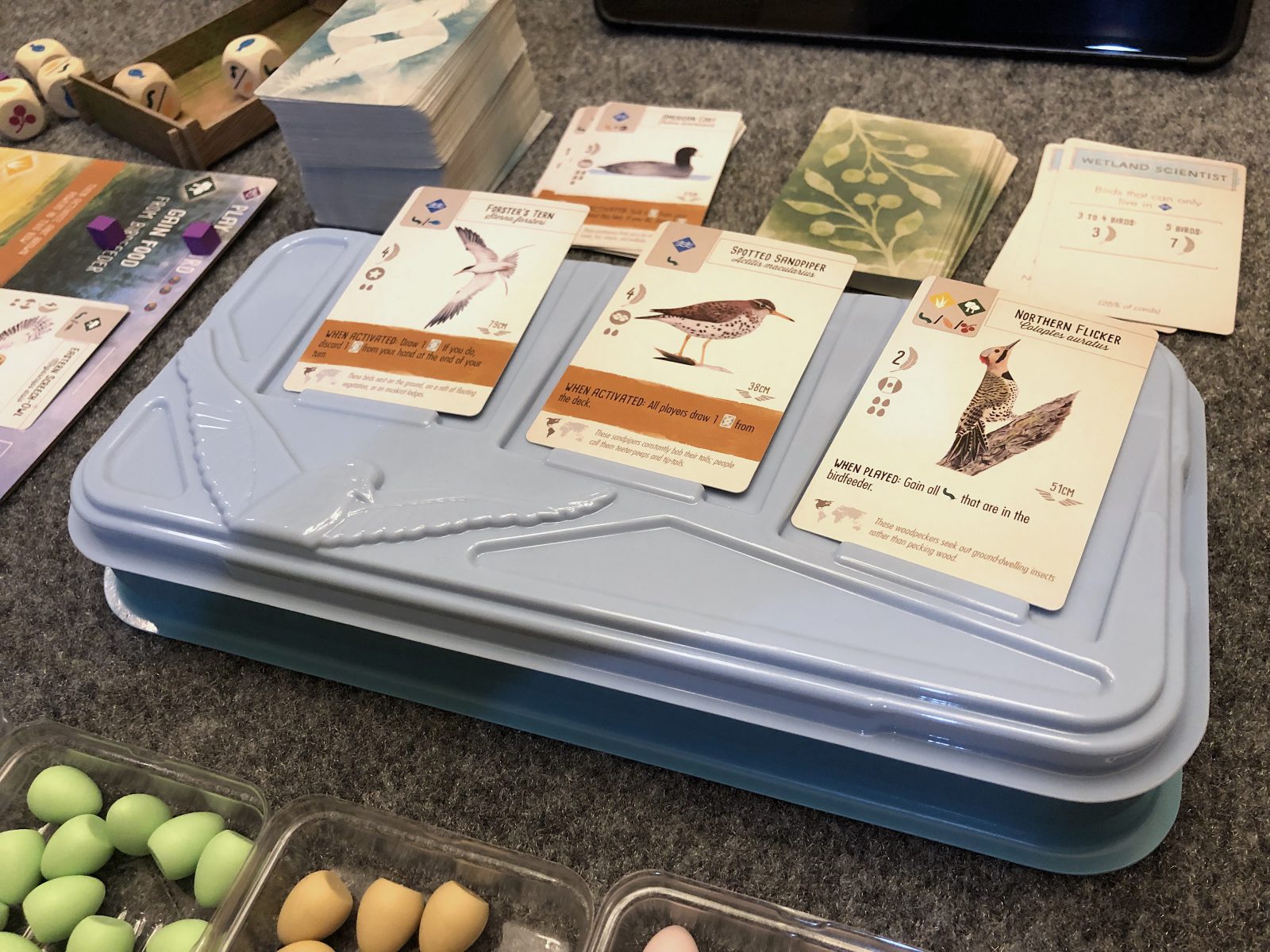 How did you come to bring Wingspan to Stonemaier Games?

I pitched it to Stonemaier and two other publishers at Gen Con in 2016. I put a fair amount of work into researching publishers to figure out who to reach out to. Anyone that was all fantasy and science fiction, I figured wouldn’t be interested in this theme. The fact that Stonemaier had done Viticulture made me think they might be interested in something off the beaten path.

How much involvement did you have with the Automa component of the game?

David Studley actually lives a little further out in the DC suburbs than I do, and was one of my regular playtesters for a good chunk of the development of Wingspan. It made him such a natural fit to take on the Automa. But I had very little involvement in his development process — I played it a few times once he had it pretty far along. I think he wanted to make sure I could beat it! I was really impressed by how he was able to capture the feel of a multiplayer game — there’s real tension over whether you’ll make the shared goals. 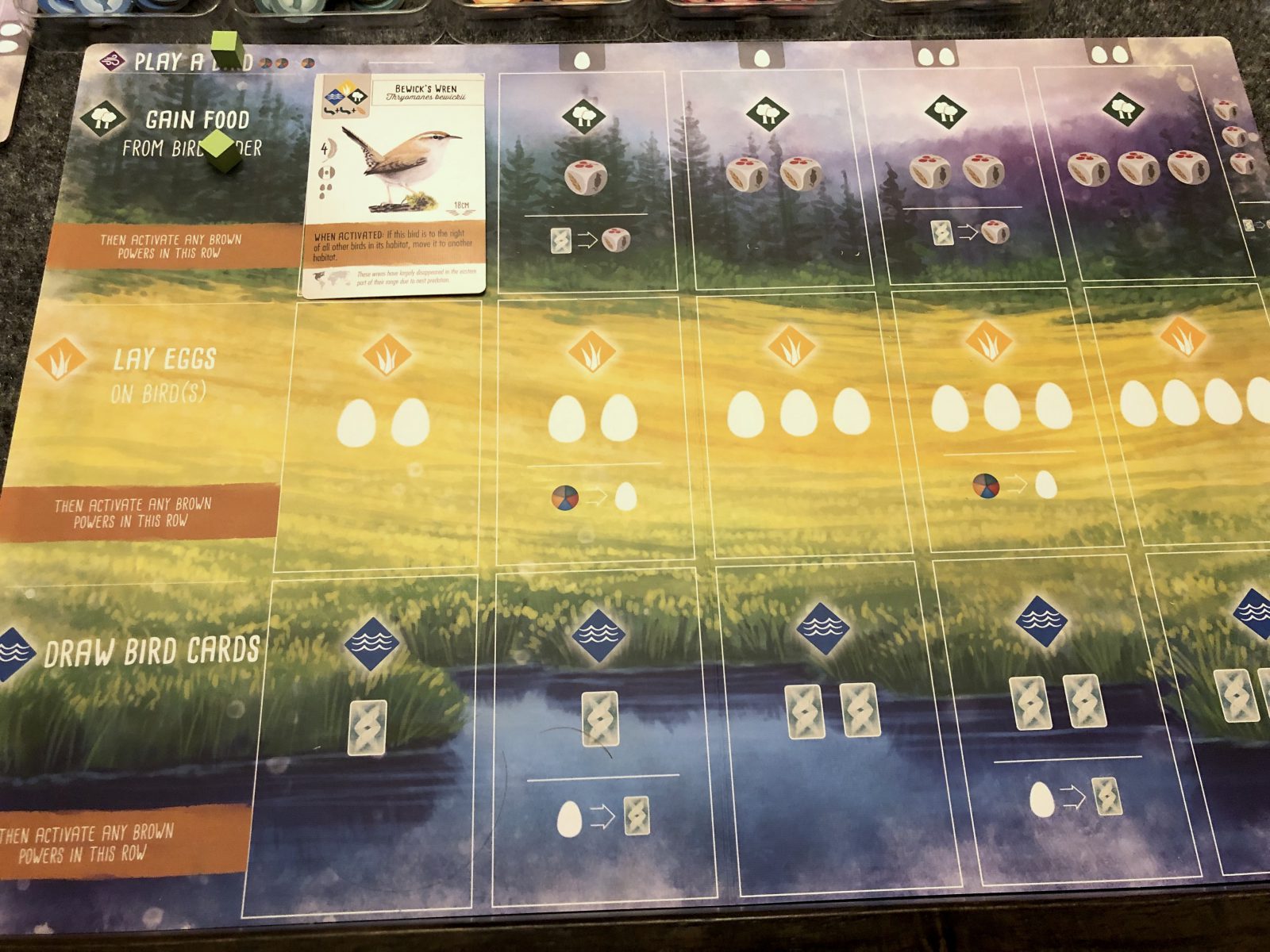 Wingspan officially released on March 8th, but has already gone to a third printing- did you think the game would be this successful in such a short amount of time?

All through the process, even before pitching the game to publishers, I’ve tried to keep my expectations low. I came into it knowing that most boardgames don’t sell a ton of copies. It was a good game that I was proud of, but there’s never any guarantee: lots of good games fly under people’s radar for one reason or another. And the theme was a real crapshoot — birding is an incredibly popular hobby, but a lot of people who are hardcore gamers were very puzzled by the concept of a game about birds. My first inkling that Wingspan might explode was when Jamey started the Facebook group in December. There was so much excitement. I’m pretty sure that’s when Stonemaier ordered a small second print run. I’m so glad I don’t have to worry about that side of things!

Are there any plans for an expansion, or any other games, for that matter?

For Wingspan, because the base game is limited to birds from North America, we’ve said that we plan to do an expansion for the birds of each continent. I’ve already been working on the first one.
I have a couple of games with other publishers as well. Up next is Tussie-Mussie, an 18-card game based on the Victorian fad of flower language. It will be on Kickstarter from Button Shy later this year. And I just signed a game about monarch butterflies — possibly for 2020? It takes a long time to make a game.

Wingspan is out now (if you can find a copy!), you can see what’s in the box and check out our review here.