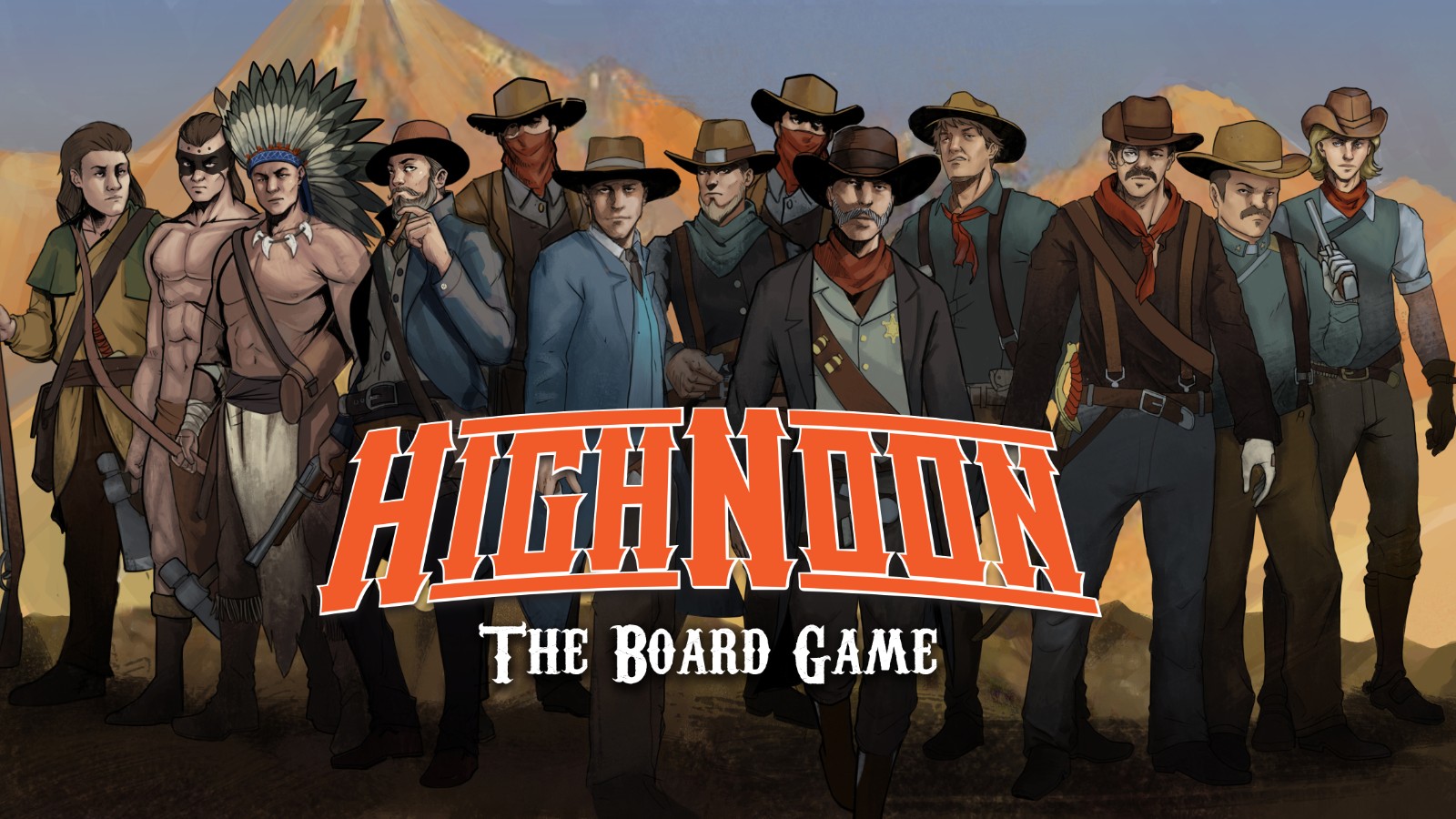 While Western Legends became a hit when it went to Kickstarter, it was an open world game. You could fight other players, but the conclusion was based on playing cards. High Noon is a new Western game that takes a different approach to the western genre. Simulating the tactics of a shootout with multiple characters from different posses, High Noon brings the Western movie to the tabletop. They are currently funding on Kickstarter. To find out more about High Noon I asked Dwight Cenac II, creator of High Noon, eight questions.

The Western theme isn’t as prevalent as zombies, fantasy, or sci-fi. What drew you to the Western setting?

The Wild West has always been a consistent genre throughout the last hundred years. Some of the greatest movies and actors of all time have been in western classics. Even in pop culture, country music has made its reach throughout a wide variety of different genres bringing people together. While movies, music, and actors can all be recalled under a western theme, you don’t find that too often in the tabletop gaming space. High Noon is just as much about providing something to an underserved audience as it is fueling our passion for the Wild West.

High Noon sounds similar to a multiplayer video game deathmatch. Would you say that was an inspiration?

That is quite the compliment that you have seen similarities between the two. One of our key attractions within High Noon is with the elements that have been popularized within video games being brought into the tabletop gaming space.

Deathmatches have always been incredibly fun and exciting to play in. In line with most deathmatch games, the immediate environment is always deadly and very unpredictable. Skill and cunning is required to seize a victory over your opponents. Every decision made has potentially irreversible consequences.

Take that experience and couple it with a Wild West shootout and you can begin to understand the excitement that has been building up for this game.

How are the maps in the game setup?

The maps are made up of terrain and building tiles. Certain tiles are preassigned to specific posses (ex. The Jail tile is the Lawmen starting tile). While we do have a predetermined layout of the various maps within the High Noon Universe, we allow players to create the maps as they see it to enhance their unique game experience. 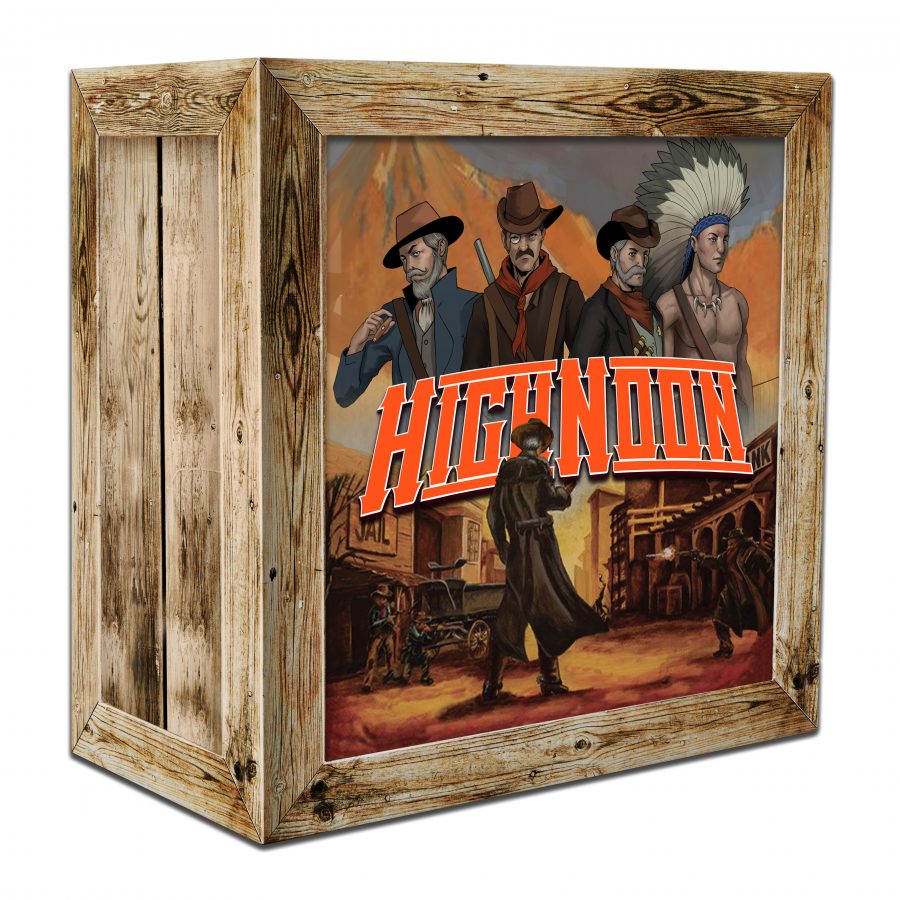 A couple of factions exist in the game. Will posses be able to mix factions?

Factions are an element of the game that will allow for further player customization as we continue to expand the game. At launch, it serves as a standard labeling system for the posses.

Down the road, you will find more opportunity to focus on the various factions. We intend to introduce game mechanics that allow for custom-built posses and armies. With each expansion we release, players will continue to find more elements that allow for more customized control over their gameplay.

How are the posses balanced in High Noon?

It first started with having a solid foundation to build from.

Each posse has a deck of cards assigned to them that will dictate nearly all of their actions throughout the game. From there we wanted to make sure each posse has their own unique distinctions that match with their individual backgrounds and lore. There was a significant challenge in having a posse of two fighting a posse of five and calling it a fair fight. Nonetheless, it was a challenge we were able to successfully solve.

A member of the High Noon team is a data scientist by trade with a Master’s degree in Game Theory and works for one of the largest companies utilizing actuarial science in Florida. We were able to mathematically break down the strengths and influences of each posse so that they were evenly spread across the game, regardless of which posses were in opposition to each other.

From there, we have spent countless hours over the last two years playtesting High Noon to ensure the math behind the balance equated for outstanding and entertaining gameplay experiences.

Loot crates scattered throughout the map provide bonuses. Are they always items that can be used by anyone?

Loot is of incredible value in the game. While most of the loot is available for all players, at times there is loot that is specific to particular uses. In those instances, while a player may find no particular use for acquired loot, there is an option to discard it or give it to another character within their posse that would be able to take advantage of the loot. 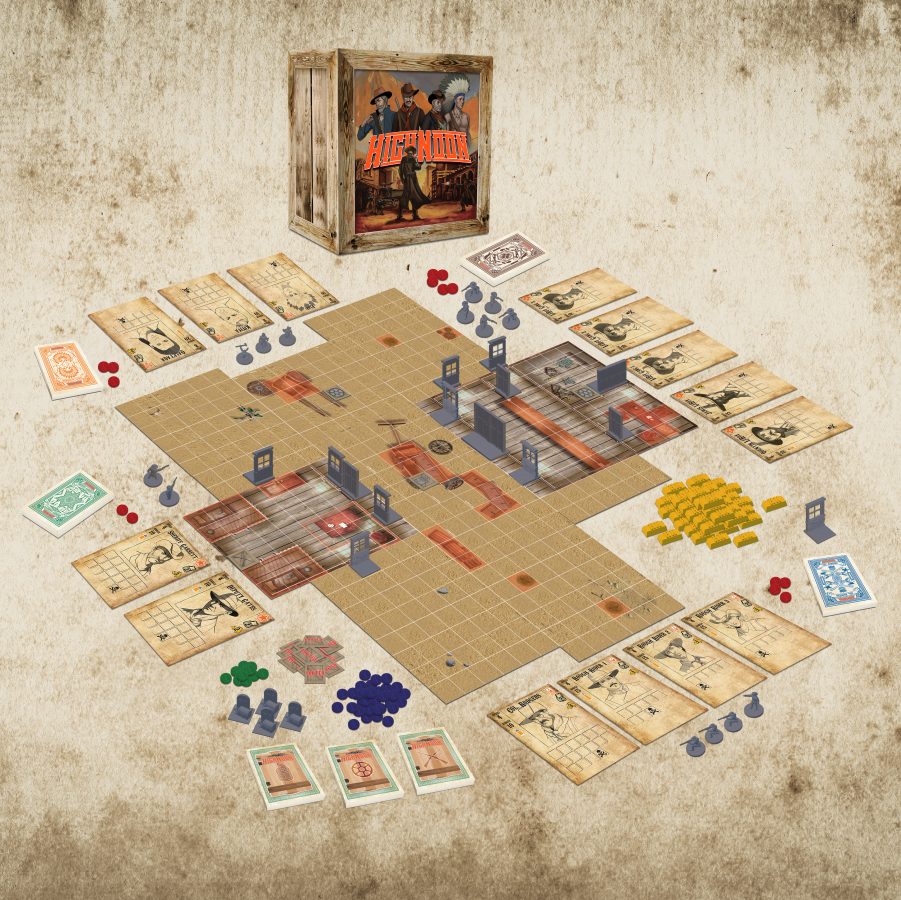 In what ways does High Noon make changes to increase its replayability?

The game mechanics themselves offer a level of randomization that even if you played the same map twice, you would end up with two different outcomes based on the decisions each player makes throughout the game.

Beyond that, the dynamic of the players themselves continually adjusts the atmosphere of the game itself. While the game is relatively easy to learn and play, there is a level of strategy that can be employed that is unique to each player. What strategy a player may find to work for one posse, may not give you the same results in the next posse.

The interactions of the players significantly change the course of the game as well. Temporary alliances have formed to take out a common enemy knowing that they may have to turn on each other at some point. It makes for an incredibly engaging and exciting game that when you find your posse has been eliminated, it’s hard to step away from the game until you see how the entire shootout plays out. Your revenge for the remainder of the game can live vicariously through another player’s actions.

With each expansion, more posses and more maps that will be introduced, it will only continue to change the replayability of the game.

Is it possible that we might see more posses, loot bins, or even a campaign in the future of High Noon?

This is just the beginning for us. As of now, we have over 50 posses on our product roadmap, and multiple modes of gameplay, including solo play, cooperative scenario-based play, and a full RPG experience.

We are fully committed to providing a game that players will want to continue to play again and again. Our expansions will continue to evolve into a fully customizable gameplay experience. If a player wants to stay true to their version of the Wild West, they will be able to do so. For those that will follow along with the canon of High Noon as we release our comic book series, they are able to do so as well. From the Weird West to Zombies, you will be able to play the version of High Noon that you feel gives you the best gaming experience.

It sounds like the High Noon team has big plans for the future. They have a modest goal to reach on their Kickstarter campaign. Be sure to check it out before the horses ride off in the sunset.