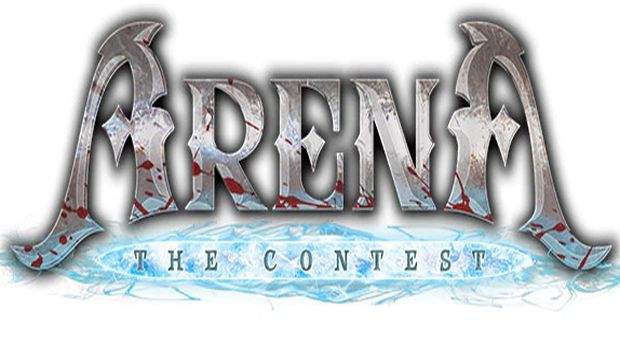 Dungeon crawlers have seen a resurgence in the past several years.  With Descent Second Edition and the D&D Adventure Games, it seemed like new adventures were coming at a staggering rate.  Games like Level 7 Omega Protocol, Dungeon Saga, Imperial Assault, and the wildly successful Gloomhaven have given hundreds of hours of gameplay and hordes of enemies to kill.  When I heard about Arena: The Contest, I wanted to find out more, so I contacted Alexandre Aboud to find out more.  It’s currently funding on Kickstarter, and it has smashed it’s goal.

What motivated you to create your own game?

We are D&D, Magic, LoL and WOW fans and always studied and made combos for the characters. So we decided to create a game where you can have heroes with lots of options. But a important thing is balance, if you have a hero better than other, it’s not an opinion. Or it’s an obligation to choose him, or it’s auto sacrifice. So we invested lots of time to balance all heroes and make them with interesting gameplay, yet using a mechanics inspired on D&D and LoL. Also, we worked hard to make impressive arts, miniatures and lore, as we believe they are strong elements for immersion.

How did you create a skirmish game with a cooperative dungeon crawl?

It took 5 years to create this game. In the beginning, it was just a skirmish game. As we made interesting and balanced heroes, people started to play our game at a local store. When we promoted a tournament and about 50 players joined, we started to take this game more serious. Then we spent about one year creating the quests and more time creating the campaign options. So players will have two true options for playing. PvP and Coop.

What makes the setting in Arena The Contest different from other high fantasy worlds?

We invested a time and a dedicated person to this. We made a “realistic” dystopic world using high fantasy. So you can make your own moral judge and it will influence your decisions during the epic campaign. For example, when the main plot (gods punish the world with natural catastrophes when massive bloodshed happens) is given, we never say it’s true, but it’s what people believe. What if it’s just propaganda? When you have to make a decision about this at some point, what will you believe based on the clues?

What classes do you find in Arena The Contest?

Arena the Contest has 28 heroes (or more, based on Kickstarter). We basically have all fantasy classes, including Warrior, Paladin, Wizard, Cleric, Monk and more. They are divided in 7 Combat Roles (like Tank, Healers, Brute), that indicates their main function on a combat. But even heroes from the same Combat Roles have absolutely no attack equal one from another (they share just the stats and passive power).

You have several different conditions for the different characters. How often do they get used?

Often. There are many heroes / villains that applies effects using these conditions. We have 10 conditions (5 helpful and their opposed harmful). You will have a players aid to check them, but it’s easy to learn, as all of them, when numeric, uses the number 3. For example, Protected: +3 to defense, Weakened: -3 to damage, and so.

How do you make the board feel different for each campaign scenario or skirmish?

Using the tiles (standard or 3D with the expansion). So you have lots of walls, doors, lava, portals, altars and more. So you can create your own arena for skirmish (if players don’t agre themselves, we have a competitive rule for that) and for coop, the Quest Guide brings exactly the scenario for a quest. Also, the other side of the board has a beautiful illustrated arena, so you can start playing with minimum preparation time.

What are the orbs used for?

They have lots of uses, according to the quest. On Lava Citadel; it releases a magic fire every start of round, so players may want to destroy it (sacrificing some precious time) to stop taking this damage. On other quest, you must bring it to an altar to activate a powerful ritual. The exactly use of orb for a quest always is detailed on the quest description. And one stretch goal will be a new mode of game, capture the orb (like the famous capture the flag of many video games).

How are you able to save the campaign and keep the statistics and inventory you have already gained before putting the game back into the box?

When you have new artifacts, scrolls, level up, you will gain these cards. Your team have 4 heroes, so you can make a deck with Attack cards os a hero and in the sequence all resources this hero have. You have a team XP and its token is at the HP track, so you need just to write (or make a photo of one number). Also, we will make a free pdf of a sheet to note everything easily, so you can use this and play the game without losing the last situation.

The art and miniatures for Arena: The Contest looks amazing.  With two unique gameplay modes and the ability to play solo or up to eight players should give the game plenty of opportunities to make it to the table.  Be sure to check out the campaign now.