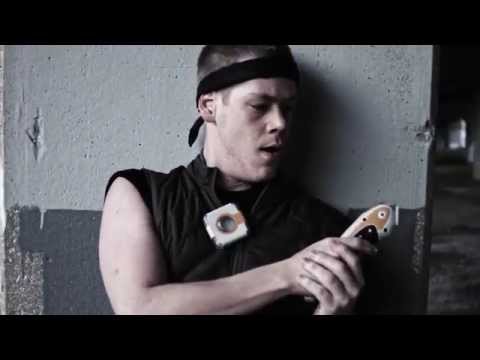 I got the unique opportunity to sit down with CEO Mark Ladd from LyteShot to talk about the next generation of laser-based live-action gaming, but don’t call it Lazer Tag.  This is something completely and entirely different.  Not simply running around and shooting each other with lasers, LyteShot looks to turn the whole thing on its head.   What if that same gun could be…a sword?  If you are suddenly hearing that familiar light saber sound in your head and now want to know a lot more about this product, look no further:

1.) So, give us a quick bit on LyteShot. What is it, and what makes it unique?

Mark Ladd: LyteShot is the name of our company, but it’s also the name of the product. The product is a sensor-based mobile game platform. Remember when you were a kid and played outdoors with imaginary bows and arrows, guns, blaster beams – all of its conjured from your imagination? LyteShot enables you to use your phone as an intelligence hub to play those kinds of games again.. You can play all sorts of social-outdoor games, whether it’s a first-person shooter to a game of tag to a D&D style game of domination to tower defense style games.

2.) The comparison to laser tag is the elephant in the room – what makes this different?

ML: Yes, we have been compared to Lazer Tag before. We have been called Lazer Tag on crack, in fact. Kind of interesting, and that’s a good start, but we’re bigger, broader, and deeper than just Lazer Tag. And the capabilities of our platform reach farther and have more implications.

Our first game is a great demonstration of how we’re different. It’s based on the classic real life game that’s been played on college campuses for the last 30 years. Assassin can be played with as few as two people and as many as you can get to join your game – 4, 10, 50, there is technically no limit. It’s a game of elimination, where you set up geo-boundaries, a playground, a college campus, a city, your choice; a time, 2 hours to, say, 48 hours; and then you press start on your phone. Everyone begins with a Lyter (which shoots out the infrared beam) and a LytePuck (which receives the beam), and then everyone playing scatters. A dossier is pulled up on the screen with a photo of the player you’re supposed to eliminate, and you have X amount of time to shoot them. The winner is the last man standing.

That’s our first game, Assassin, and it will launch with the product later this year. We have a handful of other games out there too, Besieged and Invasion. Besieged is a fantasy based domination game, similar to what you’re familiar with from first person shooters on the PC or console. Invasion is a cooperative tower-defense game you play with your friends in the real world.

There are other things that separate us from the pack. LyteShot uses peripherals for more than just shooting people down in a game. You can take the puck and use it as a base in a game called Besieged: Set the LytePuck on the top of a hill, and set two others in different locations. Then, you and your team compete to dominate each of those locations. At CES this past January, we teamed up with Epson and showed off their Epson Moverio BT-200 smart glasses, and demoed how augmented reality works with our game.

3.) What types of peripherals are going to be available with LyteShot? It’s not just all guns…

ML: LyteShot is created with an open source system for developers to make their own games. That system enables any enthusiast, maker, or creator to use our Lyter designs to create their own 3D printer peripherals. We already have created the LyteGun, a wand, and a dagger, each of which snap on to the Lyter. These are more or less fun peripherals that enhance the idea that you’re playing an imaginary LARPer-style game. We want the system to be open for anyone so that anyone who has the imagination to make a peripheral can do it. We’re developing an online marketplace for people to upload their creation and sell them in the marketplace, too, laying down an ecosystem for creators and makers to show off their tools and weapons and try different ones for different games.

4.) So with up to 20 players able to play, what types of games have you seen have the most success?

ML: The first game, Assassin, is the most instantly accessible, and it’s the farthest in development. And it’s our launch title, so it’s the one we have shown the most. But technically, there isn’t a limit to the amount of people who can play these games. You could have 100, or 4,000, but of course at that level, it’s really about how manageable a game can be. So far, we have had great success with 10-20 folks in a game of Assassin, but the game gets pretty wild at 50-100. It’s very fun at that number.

The second game in development, Besieged, is a fantasy role-playing game (RPG) that engages teams of players against one another by locating and securing territories that get more complex as the game continues. Players select the roles of warrior, wizard, or ranger — each a distinct class endowed with unique characteristics and abilities — and work cooperatively as a team to obtain and control more strategic objectives (“zones”) than the other team, earning them points over time. If you choose the Wizard class, you can use the Lyter to cast spells. To cast a spell you draw a shape in the air, a star, a square, the letter Z, with each one delivering a fireball blast, an ice shot, etc., temporarily stunning the opponent, and give you the upper hand. Besieged has garnered a lot of interest.

The third game in development is Invasion, a tower defense-style title in which you and a team fight an AI plague that, as you successfully push back in each wave, returns stronger and more deadly after each wave.

5.) With the power of a phone GPS, you could conceivably play this game across an entire city. What’s the largest scale game you’ve successfully executed?

ML: Right, the geo-location capabilities of mobile phones are global, so theoretically you could play a game across the globe. We have played Assassin across Chicago, where we’re based. It worked perfectly there. There are no limits, really.

6.) LyteShot is Unity 3D based — do you have an API or some sort of hooks that players might augment the experience?

ML: We want to give independent game developers an opportunity to create exciting, interactive games, without requiring years of development or a large team. Right now, there aren’t as many open opportunities for hobbyists and students who have small or no budgets, and that’s something we hope to change, or at least to encourage. We are currently reaching out and connecting with enthusiastic, independent game developers making games, where we’re more likely to get unique and unusual experiences.
After a lot of planning and discussion, we have constructed development tools to create the ultimate open-source gaming system. To aid prospective developers get off the ground quickly across iOS and Android, the foundation of our games use Unity, although developers are not limited only to that. Our API is available for developers now, and we’re working on creating a higher level toolkit with a graphical user interface (GUI) that enables non-developers to set their own rules and gameplay styles, so that they can experiment with new gameplay ideas without having to know how to program.

7.) Have you experimented with devices like Google Glass or other VR headsets to build out the Augmented Reality abilities of Lyteshot?

ML: Yes, we have, and with good results. We have tested Google Glass and we have partnered up with Epson, which currently has the Epson Moverio BT-200 smart glasses on the market. At CES this past January we showed off LyteShot to the press at the Epson booth using their glasses to showcase the ability to play Assassin with their BT-200s. By looking in different directions – up, left, right, you can see various stats and a solid HUD (heads-up display) that basically replaces the phone’s data while playing Assassin. It’s very cool. Even if you already wear glasses, these fit well; they fit right over your glasses. We are also working on larger plans for more creative augmented reality (AR) options with blood on the screen, monsters, or even aliens, but for right now, we wanted to deliver a solid, workable, and clear HUD interface to give gamers a good sense of the glasses possibilities.

8.) Do you have a price figured out for a pair of guns and the app?

ML: We originally launched our Kickstarter with a price of around $150 for a LyteShot kit. The kit includes a Lyter and the LytePuck. But after much feedback and discussion here, we realized that price was a little high. So we are reconfiguring the pricing. Now, we have a kit for developers, which costs about $150.00, and we’re hoping to streamline the product so that consumers can buy a LyteShot kit for about $60-$80, which we believe is much more reasonable. The games themselves are free.

9.) Have you partnered with any game companies to create software for Lyteshot yet?

ML: Right now, like we said, we have partnered with Epson to show off the AR capabilities of the BT-200 and, of course, LyteShot. And yes, we are in discussions with several other developers, retailers, and investment companies who, after meeting with them at CES and during around recent media tour, have expressed tremendous excitement around the product. This is a great time for us, as so much is going on. Unfortunately, all of these meetings and discussions are in process, so we can’t reveal any of it right now.

10.) Where can gamers get involved and check things out for themselves?

ML: Right now, the best place to get the newest and most pertinent LyteShot information is found at our Website, www.LyteShot.com, and definitely via Twitter, https://twitter.com/lyteshot. The Website is where gamers can ask questions, makers can inquire about creating peripherals, and where developers can start the conversation about creating LyteShot games!

This is one of those products you’ll need to play with to truly understand the ease of use and potential, but but damn if this doesn’t sound like the most awesome way to spend a day with a group of friends.  We’ll be keeping an eye on LyteShot as it nears release later this year, and we’ll update you when we finally go hands-on with it.  In the mean time?  Pew Pew Pew!