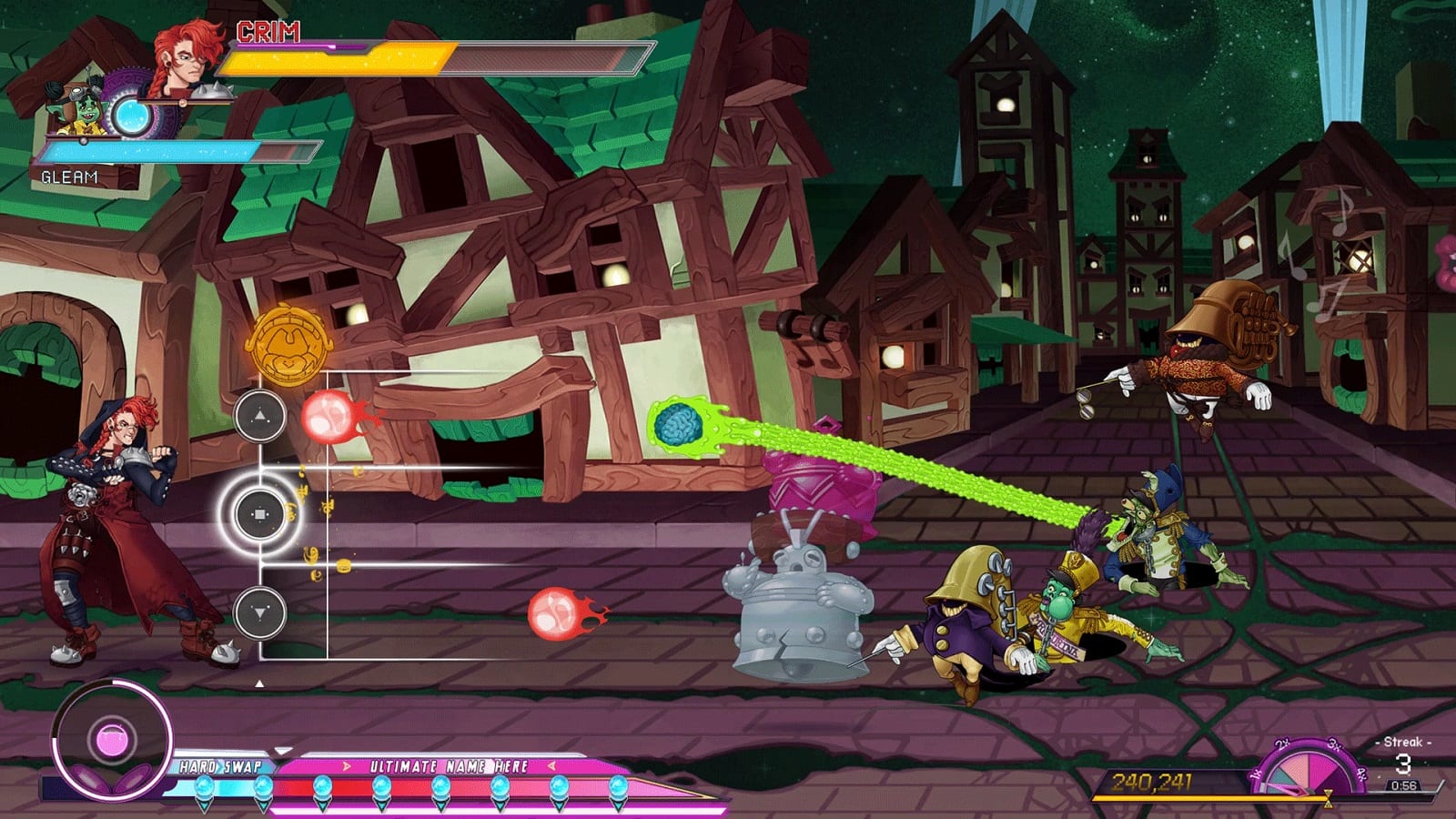 Today, Puuba announced a fully playable prototype for The Choreographist, a rhythm-puzzle game that requires players to be skilled in strategy and keeping the beat in order to win. While the developers of The Metronomicon were hopeful to see a wide release of the game, a series of unfortunate events prevented the game from going forward in further development. However, the work that was completed is now available on Itch.io with a pay-what-you-want payment model. We got to speak with Lead Developer Danny Garfield to talk about the rough journey as well as some other development topics. 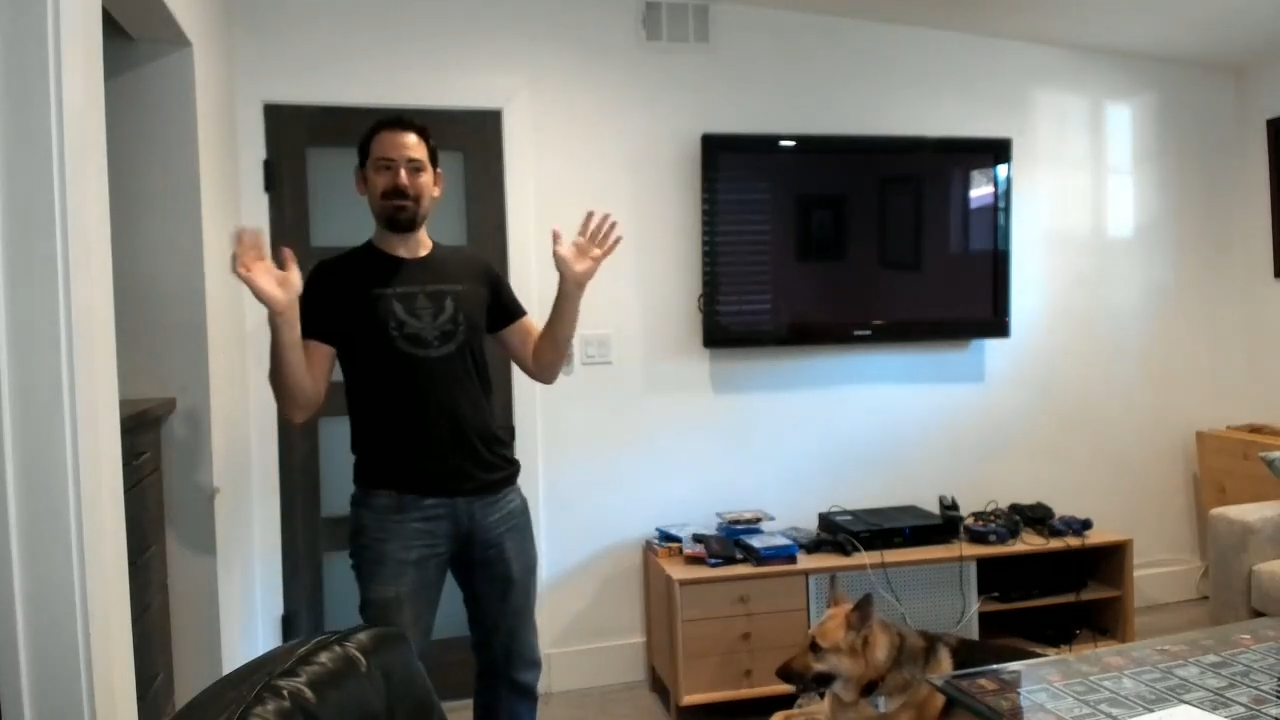 Mr. Danger in his prime element.

So it’s been a while since we last spoke! How’s it been going on the game dev side since then?

The Choreographist is an unfortunate tale of a prototype that was nearly finished but unfortunately didn’t get a publisher. Could you tell us a little more about the project?

Absolutely. At its heart, The Choreographist is a story-driven, high-speed rhythm puzzle game. We tried to fuse zen-like rhythm play with fast strategic decision making, and reward both in equal parts. Through Story Mode, you unlock new abilities, gain access to new songs and moves, and use your two heroes, as a duet, to set enemies up, knock them down, and dance battle your way to justice.

For The Choreographist, we took (for us) a new approach. Rather than pitching just an idea or very-early prototype for investment, we decided to make a full Vertical Slice. Typically, this would be a level or two, complete with all of its enemies, decorations, and the like. A sample of the game loop. However, as anyone who works with me knows, once I start building, I tend not to stop until the timer rings.

So, once we got our Vertical Slice done, rather than wait around while we pitch… I put in another… (oof, COVID made this longer, I think)… year?

So, now, rather than just a Vertical Slice… From a gameplay and tech perspective, the game is basically entirely built. We have a 50-song Story Mode, almost 20 bosses, Daily Challenges, Puzzle Mode, a Roguelike end-game mode, and more, hahaha. I… fill my time by building. 😊

You’ve stated that the COVID-19 pandemic was part of the reason for not finding a publisher. How has the team dealt with the past few months in terms of development?

It’s hard to pinpoint why we may not have gotten investment thus far, really. It’s definitely an inventive and weird game, in an arguably niche genre. That can’t help. But, yeah. The musical refrain I’ve heard for the last bunch of months has been a chorus of “Sorry, we aren’t greenlighting new projects right now,” “Maybe yes next year?” and “Sorry, we’ve reduced our projects this year from twelve to two”.

So, for the last six months or so, most of our art and animation team has been working on other gigs, waiting in the wings to jump back onto this when we find investment. I’ve been splitting my time between courting publishers (in progressively dwindling and less hopeful numbers) and building more stuff out. Publishers can take ages to get back to you! I’m not gonna sit on my hands! I’ma build something! 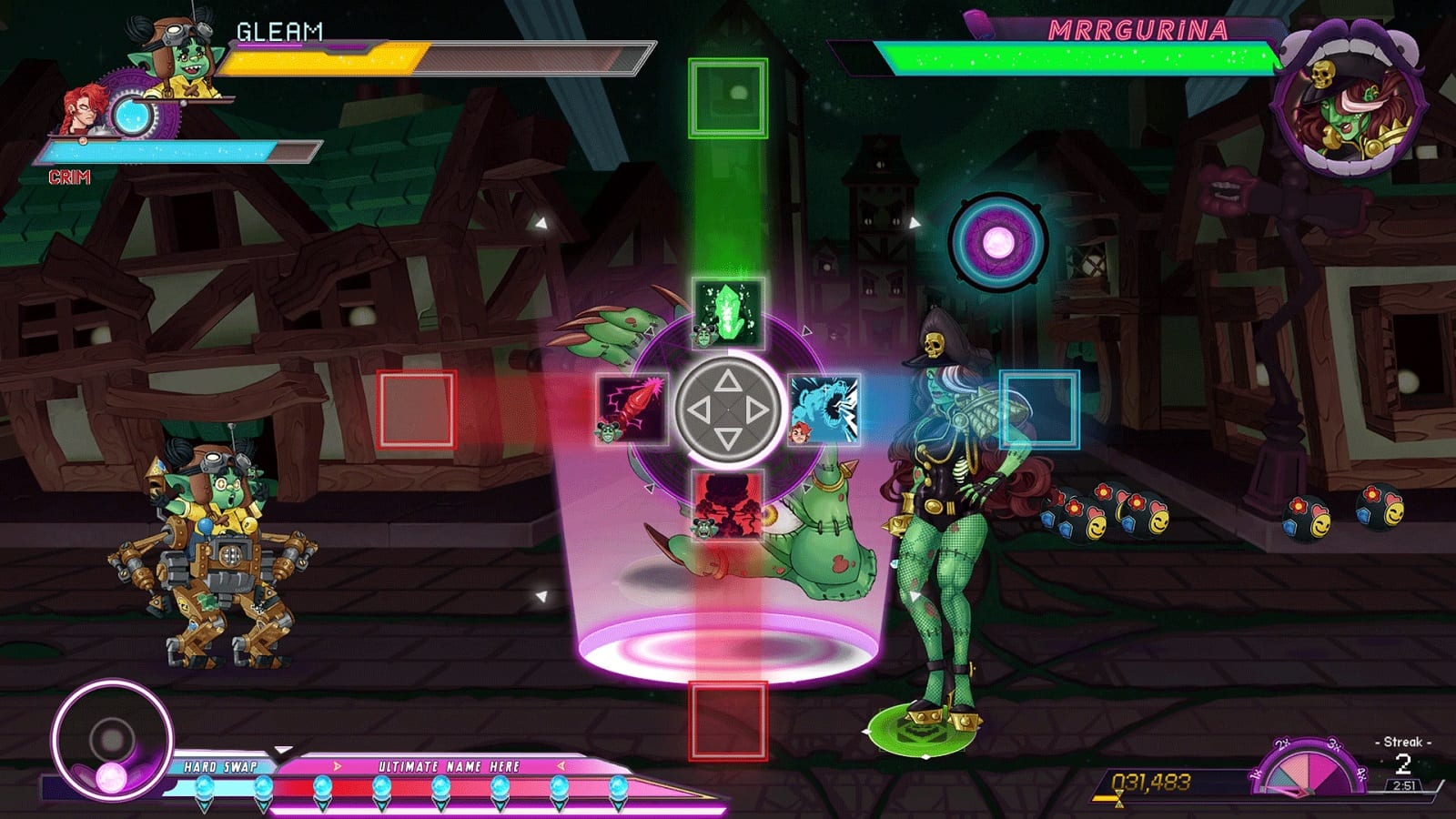 From the pre-release footage, it seems like the game took some inspiration with The Metronomicon (a previous game Puuba released). What were the similarities and differences of developing these two rhythm games?

The Metronomicon was definitely a jumping-off place. But there were a lot of things I wanted to refine. First off, I think we let our strategy get too complicated on MET. Weaknesses, buffs, debuffs, etc. While it all captured my intent of being a Rhythm RPG, I think it made the game less accessible.

With The Choreographist, I aimed to be as deep without being as complex. To achieve that, we came up with a puzzle-like format of putting all of our enemies on a row-and-column grid. From there, all of our abilities are focused on either moving the enemies into patterns or on knocking them down.

Likewise, we wanted the combat aspect to be even more impactful than flavor. So, like Tetris, floor clears and combos are a big part of our scoring system. You can excel at music, or at strategy, and succeed. But, to rule leaderboards, you need to excel at both. There are also lots of different strategies to employ, and we aimed to make them all viable.

Third (whoof! I talk a lot!), I just wanted to marry the combat and the music even closer. By making the notes themselves into physically manifest enemy attacks, I think we were able to draw the eye closer to real combat, and further from a simple abstract UI. (Wow! You’re gonna have to cut me down! Haha)

What was your favorite aspect of developing The Choreographist?

Coming up with (and refining) novel gameplay systems is my favorite. At first, we didn’t even have the Floor Clear system. But, when Joey mentioned that as a goal in passing, it became clear that, not just getting lots of kills, but a concrete goal – floor clears – should be our focus. Now, rewards, scores, balance, and even Boss behaviors revolve around that as a goal. I think that gave the combat system focus. 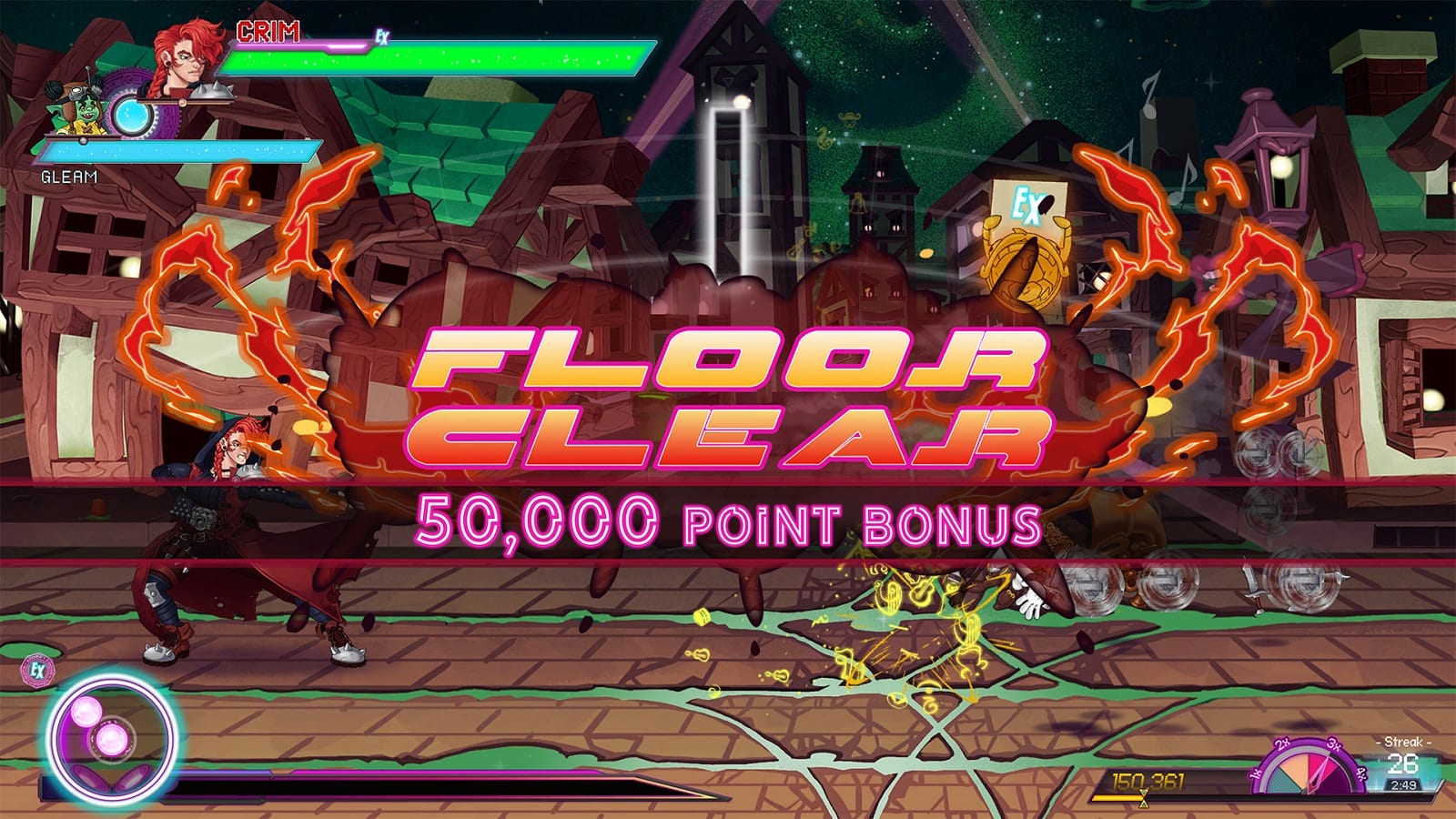 Speaking of music, The Choreographist videos featured musicians J-Punch and Dave Moonshine (who were also featured in The Metronomicon). Were there any other tracks or artists up for inclusion when making the song list of the game?

Alas, we never really got to start reaching out to bigger artists to fill out the ranks, as we were waiting for funding to begin that. However, J-Punch and Dave Moonshine (dev team friends) and Cat Arthur (dev team sound d00d extraordinaire!) were kind enough to lend tracks for this cut-down version.

Fun fact: In dev, we used Fighting With The Melody, Live It Up, and Electric Bones (from Metronomicon) to practice and test against. With persuasion, I’ll probably be willing to give up those choreography tracks (but you’ll have to get the songs elsewhere ::cough::MET::cough:: The Choreographist does support Custom Tracks and UGC, after-all. (Yes, I build too much.)

Are there any recently released albums you’ve been listening to lately? Got any recommendations?

Ha! Oh man. My little bub has overtaken my music library! “Nightmare Before Christmas” is my jam album right now. That aside, and in part because it jives well with him, I’ve really been enjoying the new Gorillaz stuff they’re putting out online. My son is four and sings the F-word like a champ. 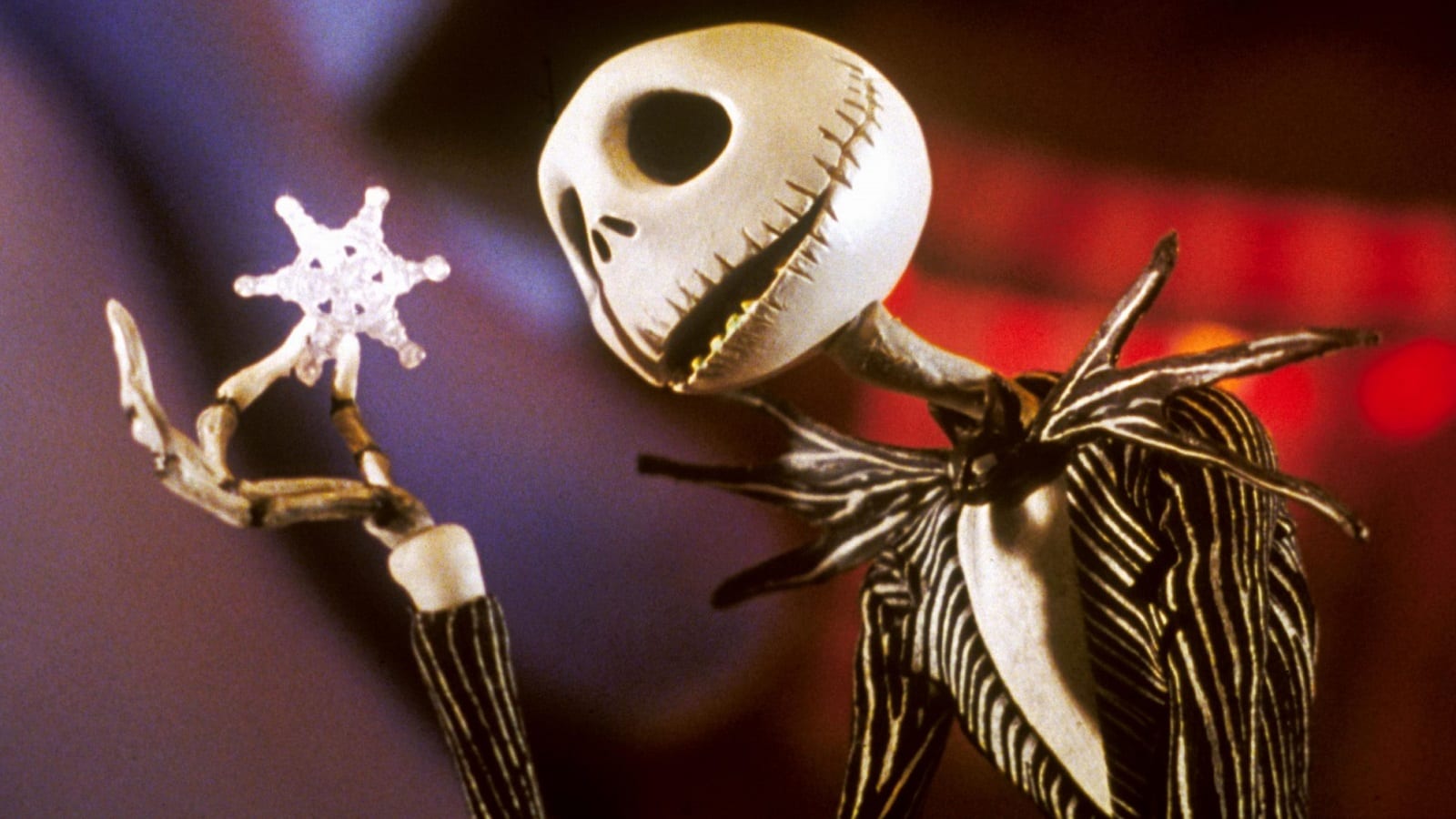 Have you ever thought of crowdfunding the project through something like Kickstarter or Indiegogo? What were some factors influencing that decision?

Alas, I think it’s a lack of hope in that process. While what we need isn’t bank-breaking (well, for someone else), I think it’s more than we can expect to get through crowd funding. I powerfully believe that our game is inventing and fun and worthwhile for a variety of reasons. But, I don’t know how to convince an army of people the same (that’s why I’ve always used publishers! I build and chatter! Not market! 😊 )

Do you have any advice for any up and coming developers who might be in the same dilemma in terms of finding a publisher?

Just keep pushing. Polish what you have as best as you can, and make sure your best foot is forward. But, don’t do what I’ve done. There’s no reason to put sweat and tears into making a project larger and broader unless you’re entirely sure you plan to pursue it. In the time I’ve built this, I almost could have built half an actually-greenlit game. My strategy, while an act of love… is duuuumb. Don’t be dumb like Danny.

I’d say “make something with obvious broad appeal” or “tick your demographic boxes,” which is good advice… but I never plan to do those things. 😊

The Choreographist is available now on itch.io, and you’ve also released some developer commentary on the project. What is something you’d tell your earlier selves about the project now?

Do this anyway. Building is always fun and worthwhile.

Buuuut, maybe pitch it a few months sooner. I do think that dodging COVID would have opened more doors. It hasn’t been all “no no no,”. A large number of answers has indeed been “we can’t right now.” It’d have been nice to see where we might have gone sooner.

The lessons a grown-up would learn, like being a less experimental weirdo, are not lessons a past-times Danny would accept. Not even from a handsome, cooler (and likely robotic) future Danny. 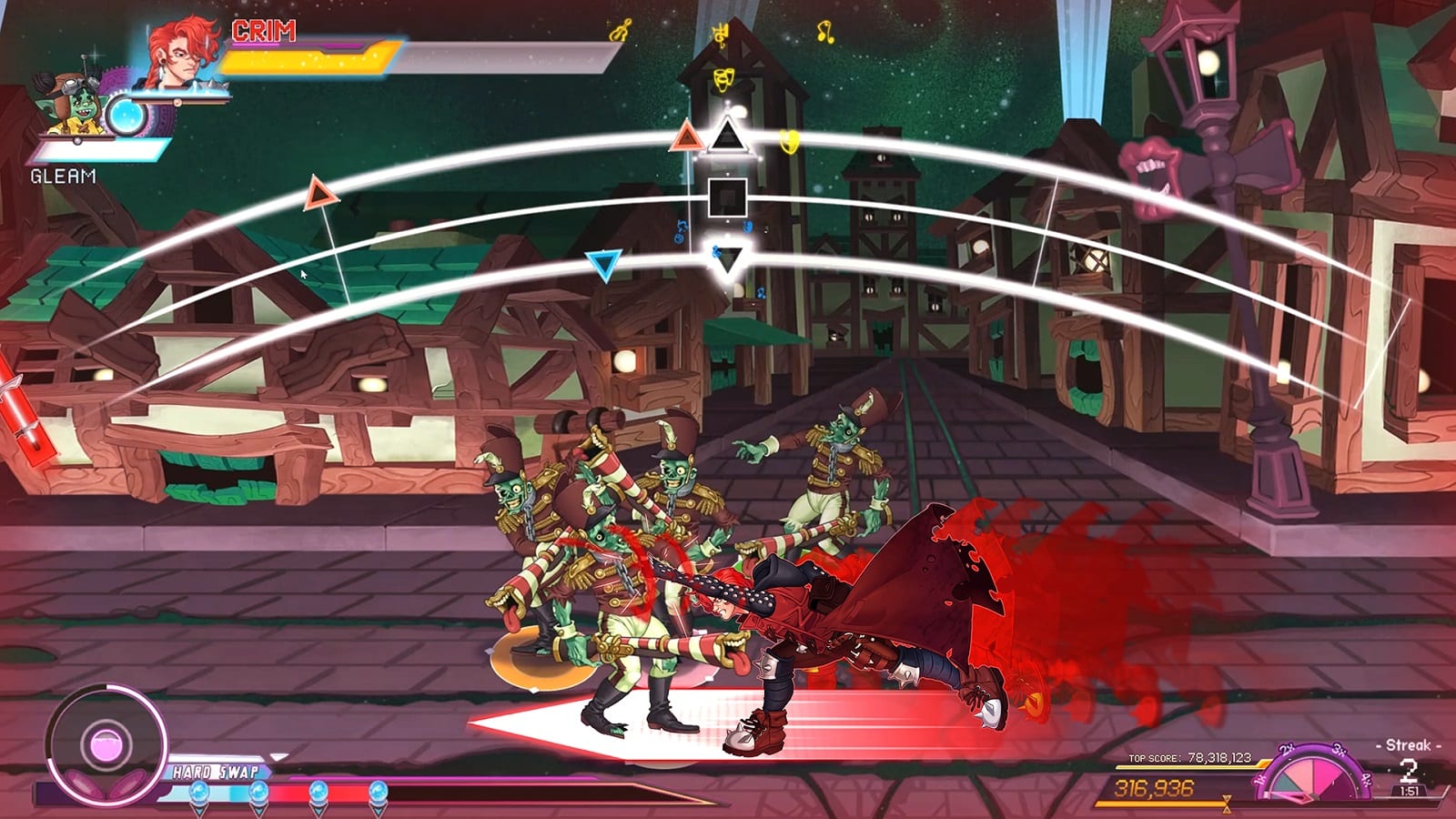 With the next generation of consoles coming to store shelves next month, will that affect your future projects? Are you thinking of releasing a new game for the PlayStation 5 or Xbox Series X? (Or Switch too, I’m not picky!)

This game here was gonna be for those! So, definitely, something shall be! I think anything we put out is likely to be for as many platforms as we can reach. Why not!

So what’s next for Puuba?

At the moment, a handful of freelance offers and a big fat question mark. As ever, I have no idea! I’m down for any silly something.
Why? You got something fun going on?

Finally, any last words for our readers, or maybe a place they can reach you for future news and developments?

Yes! Come chat with me on Twitter at @PuubaDanny and check out The Choreographist at https://akuparagames.itch.io/the-choreographist! Despite my babble, it really is fully playable, really meaty, and a full-length game! Plus, it’s pay-what-you-want! You have my blessing to steal!

You can check out The Choreographist now on Itch.io. If you’re hungry for more, you can always check out Puuba’s previous console release, The Metronomicon: Slay the Dance Floor, and stay tuned for more news here on Gaming Trend.