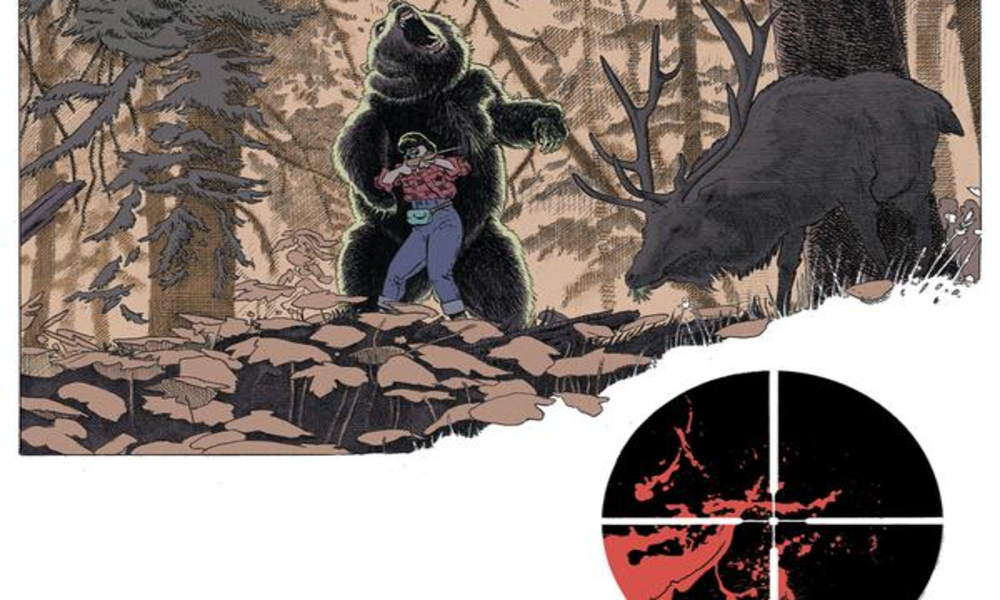 As much as we love long-running series, there are times when we just want to pick up something and finish it in one sitting. Manga and western comics do this a ton with one-shots and anthologies, and they can be enjoyable tales without the time commitment. I recently had a chance to read TKO Studios’ newest batch of single-issue stories (known as TKO Shorts), and here are my brief thoughts on them.

In general, these TKO Shorts have great premises attached to them, but they’re somewhat restricted by the page limit. The twists presented here come a bit too late to enjoy the consequences of the buildup, but one of the stories overcomes this hurdle by establishing its darker nature early into the narrative. Each of the issues features a world which I could definitely see myself getting invested in should there be a continuation, but for the time being is a nice way to spend a few minutes. 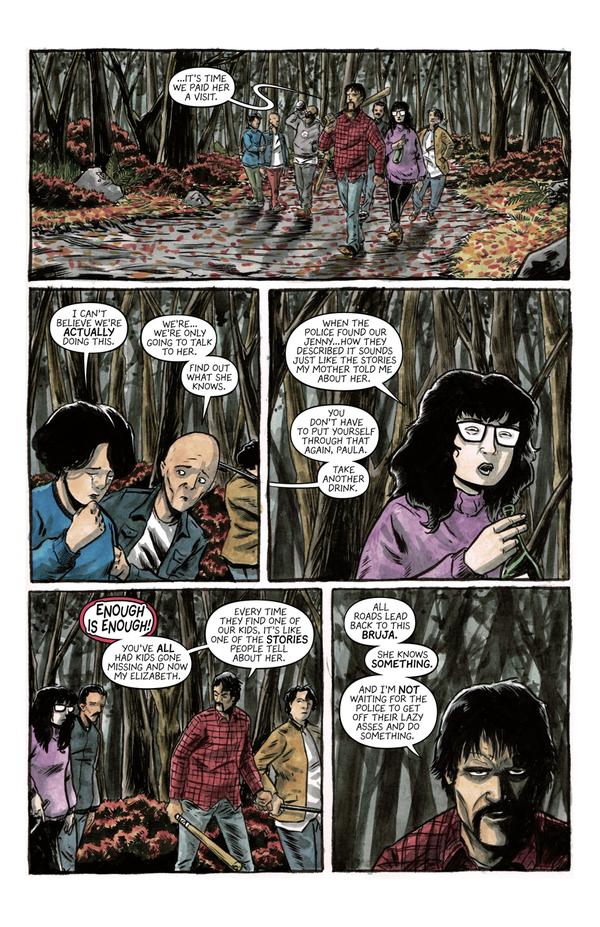 River of Sin couples adult fear with mob paranoia as a group of parents are trying to find out what happened to their murdered children. A rumor going around says that la bruja is killing the kids, with the group (and fellow cop Emmet) confronting Marge, an elderly woman who is just misunderstood.

I think this was my least favorite because nothing much happened. There are two major events that take place here, but it feels predictable to the point where I automatically assumed that the new character introduced would definitely be guilty of something. Additionally, while the accusation that Marge has been murdering the children through unspeakable means is thrown about, there’s a glaring problem of “tell, don’t show” here. It has an interesting first few pages, but it falls flat by the end, which feels rushed to an unenjoyable degree. 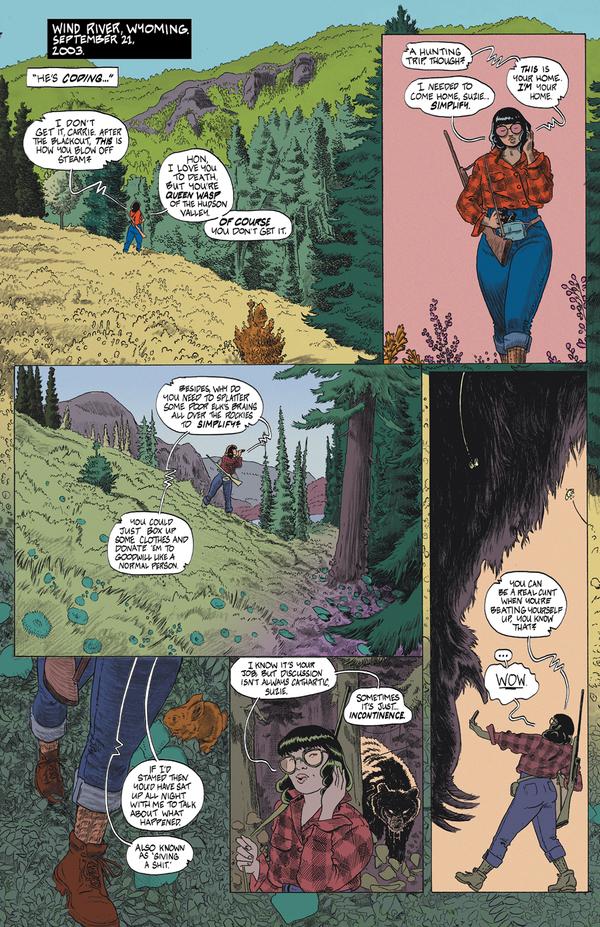 My favorite issue of the bunch, Roofstompers chronicles the story of Cassie, who finds herself injured in the woods after a hike where she is then taken care of by a mysterious couple. Adlai and his wife Seraphine assure Cassie that everything’s okay, but obviously that’s not the case. In a race against time, Cassie needs to find out what’s going on and more importantly, how to escape.

The story smartly reveals the twist within the first half of the issue, which means that it can get more surreal and kooky by the time the final pages roll around. It’s a straightforward plot (Girl gets trapped in a cabin and needs to leave), but because of the length, it works in the story’s favor. There are some sci-fi concepts that are only touched upon, but overall the story moves at a brisk pace that feels satisfying.  The trippy art morphs as the story does, and I like the grim yet optimistic ending for the cast.

This one is definitely the best one of the pack, and worth your $2.99. 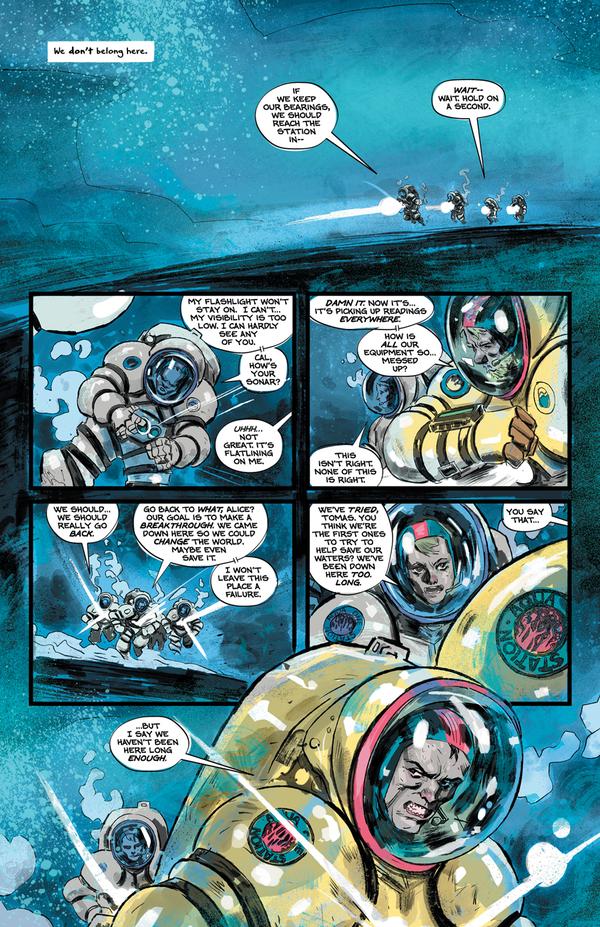 Fear of the unknown is a common trope in the horror genre, and The Walk is no stranger to this. As Alice and her team go on an underwater dive, something is present and rapidly offing members.

While I normally enjoy a story with a dwindling party, it’s a hard sell here since the only one to have actual dynamic characterization is Alice; the other important character, Tomas, seems to be one-note in his greediness.  The rest of the team is there to be killed, and I didn’t feel bad for any of them since I didn’t have the chance to know about their backstories. Again, this is a problem created by page length, but I think this story would have worked better with two characters rather than a full team of red shirts.

Go beyond the page and stay tuned for more comic news here on Gaming Trend.

Elisha Deogracias is an aspiring accountant by day, freelance writer by night. Before writing for Gaming Trend, he had a small gig on the now defunct Examiner. When not being a third wheel with his best friends on dates or yearning for some closure on Pushing Daisies, he's busy catching up on shonen manga and wacky rhythm games. Mains R.O.B. in Smash. Still doesn't know if he's a kid or a squid.
Related Articles: Beyond the Page, River of Sin, Roofstompers, The Walk
Share
Tweet
Share
Submit