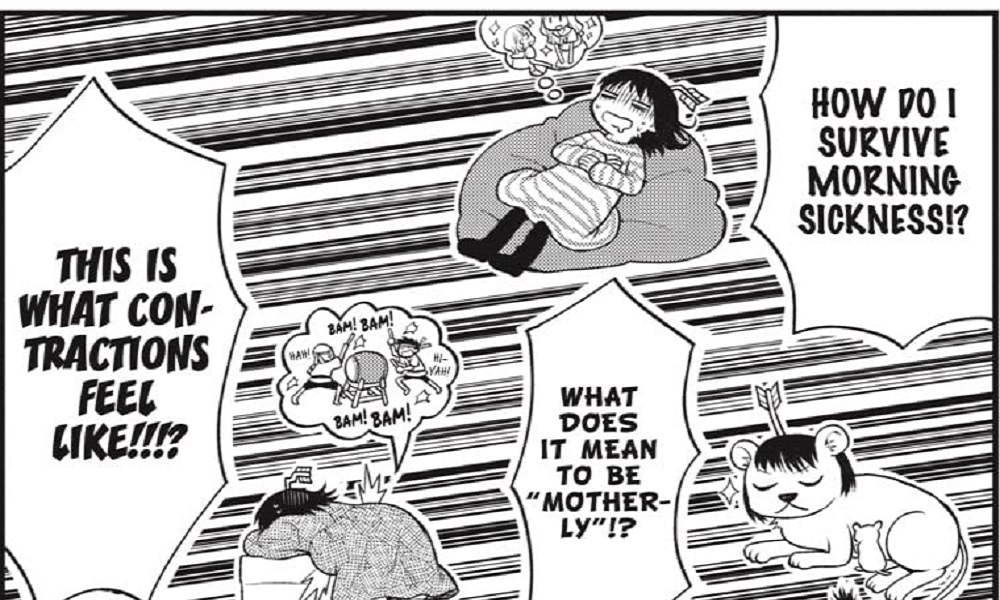 Welcome to the second installment of my (hopefully) regular Manga Minis column, where I talk about recent releases of manga that you might want to check out! This time around, we have not just two (technically three) manga volumes to check out, but also our first light novel! Without further ado, let’s delve into our mini reviews of the day!

Editor’s note: We’re hitting the ground running with our manga reviews this year! While I might not be able to give every volume a full review, I’ve decided to do quick impressions and debut the new rating system for our manga mini reviews. I present to you our UwU system, with the rating capped out at 5 UwUs! I hope you have a great time checking out some fresh new manga! Also, the UwU graphic was made with love by Yoshikazu, who is also open for graphics commissions right now!

Back when I heard the manga and light novel series was heading to the west this year, I was kind of interested in Muscles are Better Than Magic! Oddly enough, this premise was touched upon in Mashle, which bears some striking similarities now that I’ve read a bit of both series. That said, after reading the first volume of this light novel series, I think I’m better off waiting for the manga. 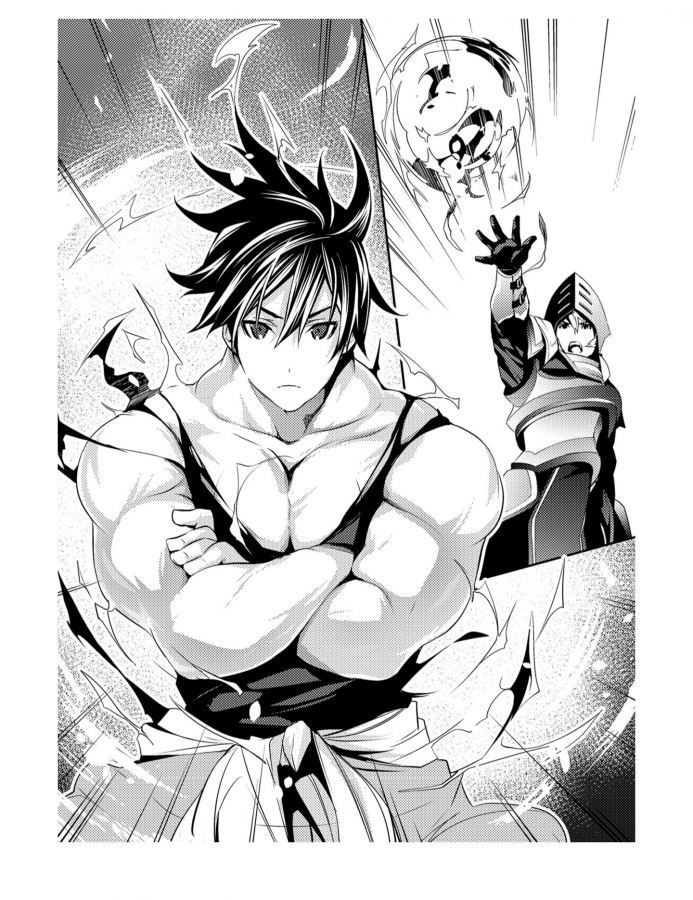 Yuri is a beefcake that loves muscles, and I have to say that because on literally every page he always makes sure to mention his smoking hot bod (and yes, he does describe it as such). An orphan who’s focused on weight training for years, he’s not that smart when it comes to the world of magic. When the elf Filia stumbles upon his house, he realizes that he’s been training in the Forest of Death and as such, he’s grown to be a hulking lad. The duo decide to head out and become adventurers, and this first volume chronicles their journeys to the towns of Astarte and Mussen Morgeth where they deal with their very first quests, which include finding herbs, rescuing magical creatures… and stopping a nihilistic swordsman from killing the local townspeople.

While Yuri doesn’t know any magic whatsoever (excluding his self-proclaimed muscle magic, which multiple characters highlight isn’t a thing), most regular magic doesn’t affect him either, so it creates an oddly interesting dynamic in this world. He doesn’t have to use magic because he doesn’t need it. On the other hand, Filia is a new but skilled adventurer who’s mainly there to provide support to Yuri; she acts as a voice of reason but can be petty when she needs to be.

It’s a lighthearted and silly take at the overpowered protagonist trope, and it feels like if the beginning of One Punch Man was adapted into a light novel. It sounds like a blast but in reality, it’s much better staying as a manga. You see, the fights don’t last that long and are done within a few pages (if not paragraphs), and Yuri isn’t that likeable of a protagonist, as a result his obliviousness wears on after a while. It doesn’t help that almost the entirety of the light novel is in his point of view, which means you get a LOT of thoughts about him working out. Yes Yuri, we get that you think everyone is less-muscled than you, we got it from chapter 3. 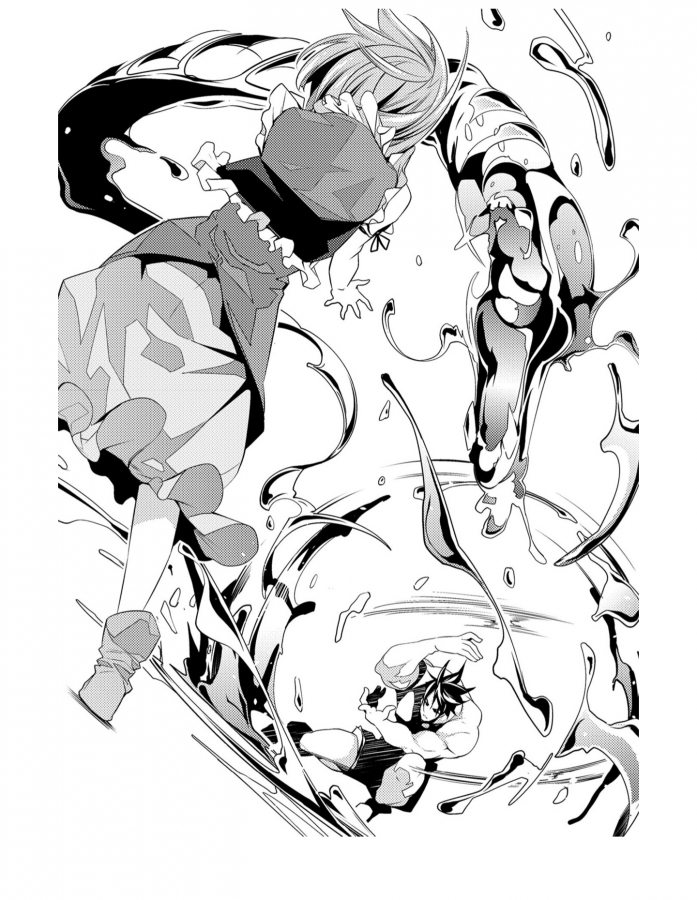 It’s a one-trick pony that works well when drawn (as seen in the fun drawings peppered within pages), but as a novel it really gets on your nerves. I also found it weird that terms like “zoomer”, “swole”, and “weird flex, but okay” were used in the translation due to the fact that the olden-times fantasy setting had no indicator that the main character would know how to use these words.

Bottom line? I think I’ll wait for the manga to come out later this year, and while it does have some positive aspects to it, I’d much rather pick up Mashle for the time being.

While I don’t understand the appeal of stuff like Netflix’s Big Mouth, I do like watching Cells at Work, and this two-volume collection of what goes on during the monthly menstruation cycle is a mix of both. Personifying a person’s bodily functions sounds like a weird thing to do… and it is for the most part, but oddly enough, Little Miss P manages to make the dirty process of a period into a lighthearted and dare I say fun little story. 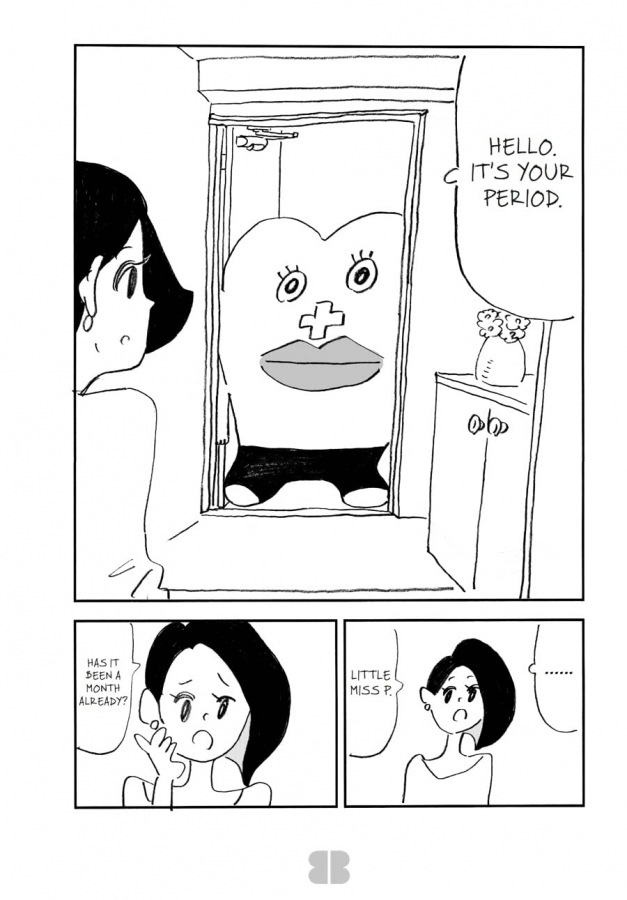 In both anthologies, these tales highlight different women’s struggles with “Little Miss P”, and while the main “character” pops up as a crudely drawn representation of… a reproductive organ, it’s done so in a way that’s oddly not disrespectful, with some info box tips talking about the process for those wanting to empathize with these struggles.

The volumes go all over the place narratively; while some stories are rooted in realism (such as a teenager experiencing cramps or older ladies trying to deal with their cycles while on the job), others are a bit out there, such as an alien and his mate trying to conceive in space with the possibility of infertility on their minds. Heck, there’s even a story that’s reminiscent of Your Name, with the guy and the girl in the story swapping bodies in order to relate to their hormonal issues. (And before you ask, yes there are personifications of the male libido and virginity, respectively.)

This is a manga series that I was not expecting to enjoy as much as I did, especially with the artwork looking downright sloppy at times. The art style feels more cemented and uniform in The Second Day, but it still might dissuade those who don’t know what they’re getting into. For those that want an unorthodox depiction of a biological event, you really can’t go wrong with Little Miss P.

I Don’t Know How to Give Birth! (Yen Press)

Speaking of biological events I’m not qualified to talk about quite yet, Ayami Kazama’s I Don’t Know How to Give Birth! is a lighthearted tale about one mangaka’s (manga creator) journey into the world of childbirth. This single volume story details the steps she takes as she and her husband go through having their first child together. While there are some more sensitive issues that occur here (such as the author’s issues with bleeding and pregnancy cravings), they’re done in a respectful manner that isn’t gratuitously explicit. 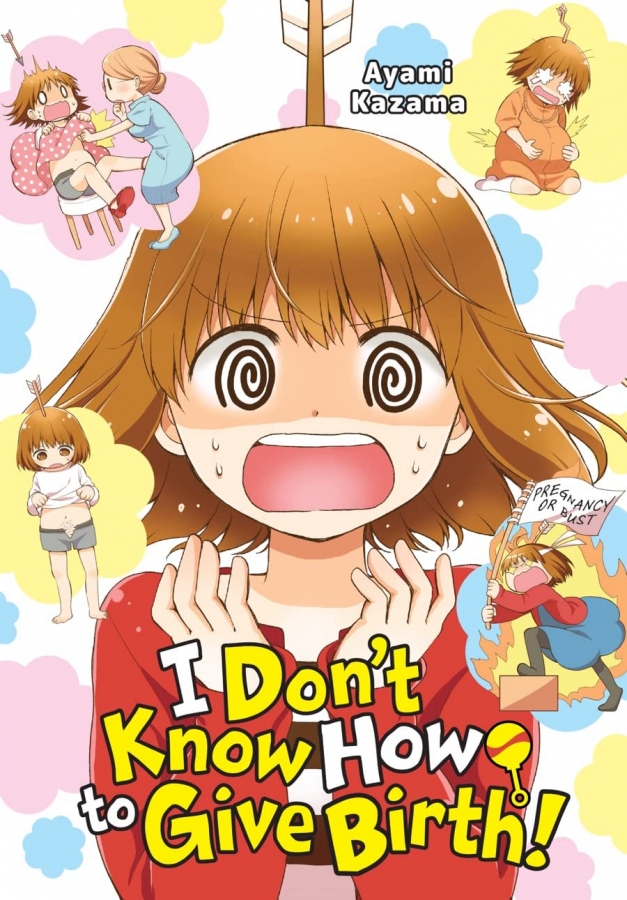 I do appreciate the biographical details of both the author and her husband (who are coincidentally both mangaka!), but sometimes the wordiness of the biological explanations can be a bit too overbearing on the whole panel. This happens a ton of times within the extra panels after chapters, and sometimes I think it would be a better story to tell as a light novel since the excess wording acts as a detriment to the book as a whole. In addition, there isn’t much of the story left after the event occurs, which is a shame because I would love to see what happens to the newly formed family after the pregnancy journey is over.

If you’re looking for a light and fluffy look at the joys of raising a child for the first nine months, this is a great start.

If you want to check out the first column, here you go! We hope to see you back here again soon for more manga reviews beyond the page, here on Gaming Trend!

Elisha Deogracias is an aspiring accountant by day, freelance writer by night. Before writing for Gaming Trend, he had a small gig on the now defunct Examiner. When not being a third wheel with his best friends on dates or yearning for some closure on Pushing Daisies, he's busy catching up on shonen manga and wacky rhythm games. Mains R.O.B. in Smash. Still doesn't know if he's a kid or a squid.
Related Articles: Beyond the Page, I Don’t Know How to Give Birth!, Little Miss P, Little Miss P: The Second Day, Muscles are Better Than Magic! Light Novel Volume 1
Share
Tweet
Share
Submit