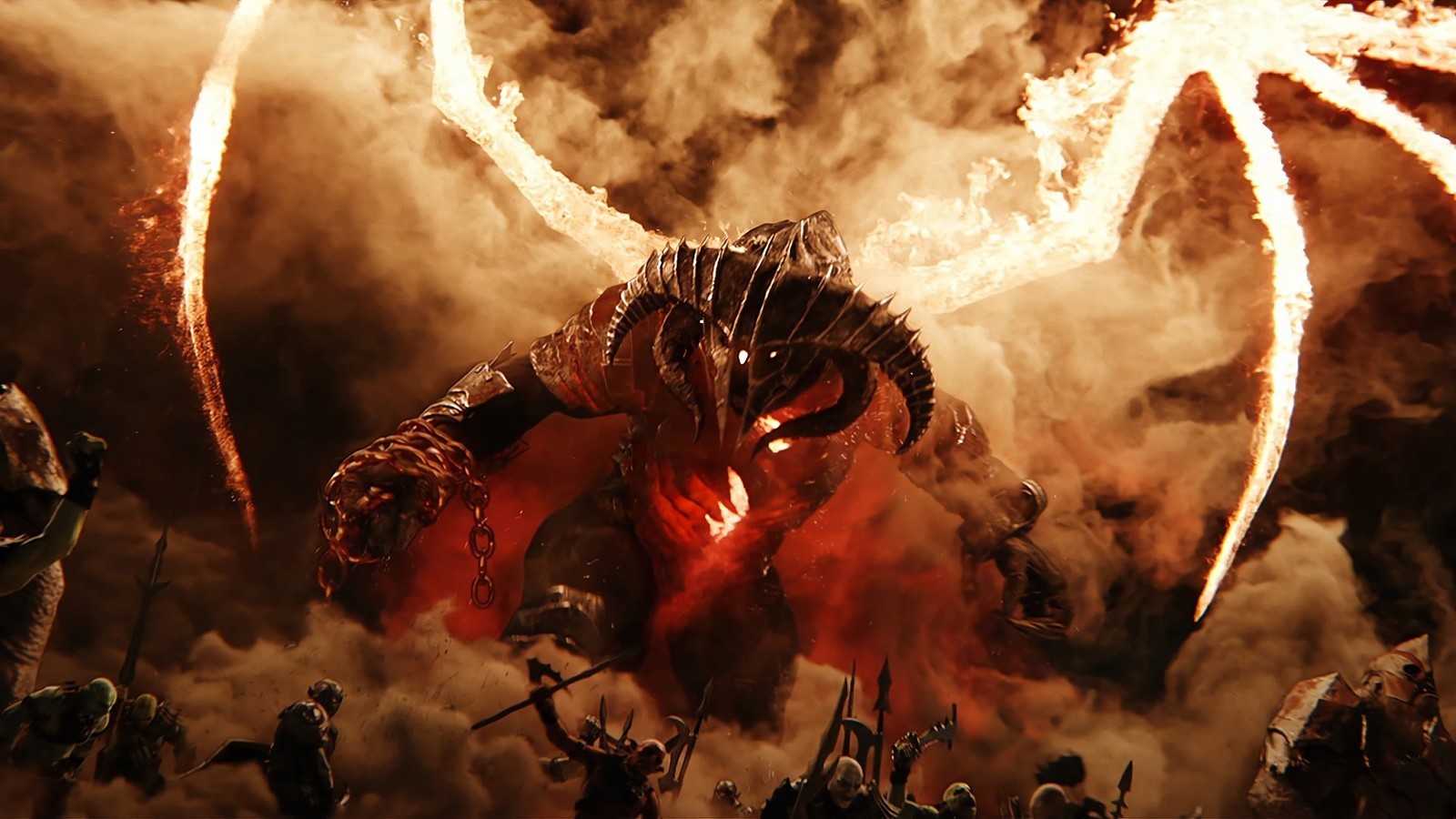 I absolutely loved Shadow of War, at least until I hit the microtransaction-laden Act 4 slog to try to eke out the “true ending”. In my review I suggested people simply hit YouTube to watch the video of that ending, sparing themselves the aggravation. Fast forward from October 2017 to now and we’ve seen a great deal of post-launch support from developer Monolith and publisher Warner Bros., but this newest update may be their biggest yet, and perhaps the most surprising.

I’ve spent the last few days getting reacquainted with my army, as well as the wealth of changes the team is delivering. The first and most obvious change is the complete removal of the Market and all microtransactions. The previous system let you purchase War Chests, Loot Chests, and Boosts, as well as bundles that give you a bit of all three. These all contained orcs, weapons, armor, Miriam, and XP boosts. These blind loot boxes have been entirely removed, and you can no longer make any purchases using real-world money. The game warns you that you have a limited amount of time to spend what gold you may have already purchased, lest they be converted into Gold War Chests.

Rather than using real-world money for upgrades, you’ll now use Miriam to execute “training orders”. As you can see in the video below, this will let you upgrade your orcs with new weapons, levels, adding followers, and otherwise pushing them to new heights. This creates new angles to personalize your Orcs, making it feel more like an army of your creation, instead of a random pickup group. It also instantly eases the grind as you don’t feel like you are swapping out your orcs with any higher level foes you encounter simply because they have a higher number next to their name. It helps restore the Nemesis 2.0 system to its promise, allowing me to create an army of completely crazy creatures of my own choosing.

To help you hold your ground against Sauron’s incursions, the level cap of Orcs have been raised to level 85, and I’ve encountered a huge number of new (and gruesome) faces I’ve never seen before. Sure, there is still the occasional issue of two orcs having nearly the same voice, but even that doesn’t seem to be as pervasive as it once was.

Speaking of Act 4, it’s also got a bit of a marketing makeover. The team recognized that many people felt as I did, that the game ended with Act 3, and they have now rebranded The Shadow Wars as an Epilogue. Not just a simple retitle, Monolith has also recorded some new dialogue from the Witch-king, Dark Talion, and Shelob that talks about Talion’s tenuous grip over his sanity and his place in the world over time. The longer he wears the ring, the more he feels its pull, and that’s reflected through some new (and very awesome looking) equipment you’ll pick up through successful defenses of your fortresses — Masks of the Nazgûl.

These Nazgûl masks are a highlight of the new gear.

The Masks of the Nazgûl are powerful set items that add powerful modifiers to the game. One I picked up modified my Graug summon to always trot out an elemental variety. I also got a mask that let me raise orcs from the dead, including captains and Caragors. These shake things up, though they are a constant reminder that Talion has chosen a very dark path. If you decide to not wear these Masks of the Nazgûl, there are also two new skins, Dark Eltariel and Celebrimbor, to put a fresh face on your battle against the rising Orc tide.

The levels can push up to level 85 now.

To further push the customization in the game, Monolith has also unchained all of the higher end gear you can collect. You can spend Mirian to bump existing gear to your current level, and if there is a particular set you like, you can even re-roll secondary traits once you complete the requisite challenges associated with that item, and you pay the very expensive cost of a perfect gem. Furthering Talion’s upgrades as he grows to his new level cap of 80 earns him skill points that can now be spent in a new Prestige section. As you can see below, these add additional damage, wrath recovery per kill, and more. You can continue to pump points into the Prestige section, further building the Talion you want.

Prestige lets you put points into stats after you’ve collected all of the skills you want.

This upgrade has done something I didn’t expect nearly a year after launch — it has made me want to return to the world Monolith had created. I had 100% on every aspect of the game all the way up to the end of Act III, and the drag of Act IV took all the wind out of my sails. This rework of the game’s final chapter, Nemesis engine, additional loot, and a fresh take on my Orc army has made me want to tackle the final chapter once more. It’s time to re-light the fires of Gondor to finish off Talion’s journey, once and for all.

Ron Burke is the Editor in Chief for Gaming Trend. Currently living in Fort Worth, Texas, Ron is an old-school gamer who enjoys CRPGs, action/adventure, platformers, music games, and has recently gotten into tabletop gaming. Ron is also a fourth degree black belt, with a Master's rank in Matsumura Seito Shōrin-ryū, Moo Duk Kwan Tang Soo Do, Universal Tang Soo Do Alliance, and International Tang Soo Do Federation. He also holds ranks in several other styles in his search to be a well-rounded fighter. Ron has been married to Gaming Trend Editor, Laura Burke, for 21 years. They have three dogs - Pazuzu (Irish Terrier), Atë, and Calliope (both Australian Kelpie/Pit Bull mixes).
Related Articles: Let's Play, Middle Earth: Shadow of War
Share
Tweet
Share
Submit