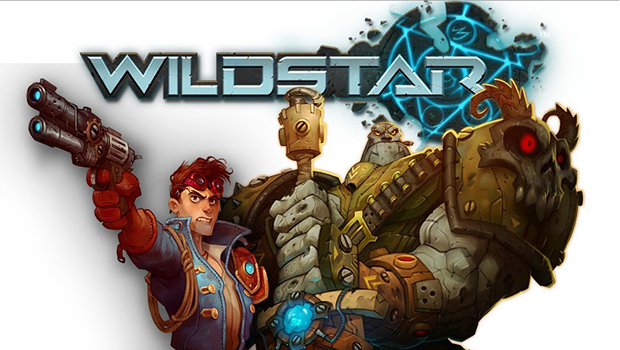 WildStar seems to have a bit of an identity crisis at the moment. So far the game feels like a very solid MMO that is extremely well polished, although WildStar itself may be its downfall. It has humor at its core, with cartoon graphics, and a cowboy/sci fi theme. It is a love or hate style. It looks a lot like an upgraded World of Warcraft with guns and spaceships. A lot of MMO’s look more realistic and grittier (especially as of lately) and the cartoon style graphics may be a turn away, but I personally feel it was a smart choice. World of Warcraft is now almost 10 years old and due to its cartoon aesthetic it has aged beautifully unlike other games of its age with more realistic styles. They have also been able to tweak and upgrade through time, and if WildStar is here for the long run their graphic choices may pay off huge.

The combat in WildStar is  fast paced, hard, and overall very fluid. With telegraphed graphics that show you exactly where the enemy’s attacks will hit and the area of effect, at times combat feels more like a choreographed dance than a fight. Dodging, moving, and stunning opponents creates chaos in fights and allows skill to overcome gear unlike more traditional MMO’s. It is very reminiscent of Guild Wars 2’s combat, but has also refined it in a way it feels different. If you are looking for a game in which you can be a spell caster and just sit in the back and spam you will be disappointed. Movement during combat is essential to survival and one or two wrong moves and you can be slaughtered quickly. However with a little practice and a good team the chaos can change into beautiful fights composed of timing, patience, and taking full advantage of your skills. WildStar locks your action bar at 8 skills much like Guild Wars 2 or Diablo 3 forcing you to pick and choose your load out for how you are playing. For some people who are used to everything available at once this may seem like a setback, but realistically it forces you to find which skills work together with your play style the best and fine tune it. Having only a few available at a time makes your play style and class feel unique from someone who may be the same class, level, and even the same gear.

So far the audio and soundtrack for WildStar have been spot on. The game’s music feels epic, and every area seems to have its own sound. The ambient background noise and creature sounds create a very polished atmosphere and the game overall excels in the audio. The announcer is crude, making fun of you every time you die with bold (and sometimes annoying depending on your mood) and humorous jabs at you.

The game also gives off a huge and epic feel. Travel is a huge part of the experience and the game changes enough in each zone doesn’t get old too fast (although traveling the same area 20+ times will change that.) maps are fairly large with well-crafted paths that run from one zone to the next in a linear fashion, with story content existing outside the straight and narrow path, this makes travel (especially on a mount) easier and takes full advantage of the map size.

Leveling in WildStar is slow and overly familiar. After playing Guild Wars 2 for so long going back to the fetch and kill quests definitely feels like a step back. There are some quests that really mix it up in a good way and have you blowing up things or sneaking around, but for the most part it is the same quests we have been doing for well over a decade. Leveling itself takes a lot of time and can become a grind especially in the early levels. At roughly 21 hours of actual game play, I hit level 21. The developers have stated for the average player they expect upwards of 150+ hours to hit the level cap of 50 on a first playthrough. If you don’t have the patience for that and are wanting the endgame I can see many people dropping out (game and endgame) before getting there. The game is so well polished and plays so smooth it is sad that the leveling can get so boring.

WildStar is not the next evolution of the MMO period. It is the combination of the last 10 plus years and putting everything that worked from the games before it and adding in their own flair. It will not change the MMO market place and will not advance it forward, however what it does it does well. This may not be a game changer, but it takes all the work of MMO’s before it and utilizes that work in intelligent ways. It plays well, and so far I have only come across a few bugs. I have thoroughly enjoyed WildStar and look forward to what the endgame holds. Check back for the full review.

Growing up in a small Colorado town, Bryan has always had plenty of time to play games. PC is his first choice of tech followed by the PS4. Graduating at 16 Bryan knew he wanted to be a writer and wanted to combine his love of games into that and found Gaming Trend in 2012 where he quickly became a member and started writing for them as soon as he could. He is still at Gaming Trend, but now has 2 kids, a puppy, and a lot less time to play the games he loves, but he always finds a way to get back into gaming.
Related Articles: WildStar
Share
Tweet
Share
Submit