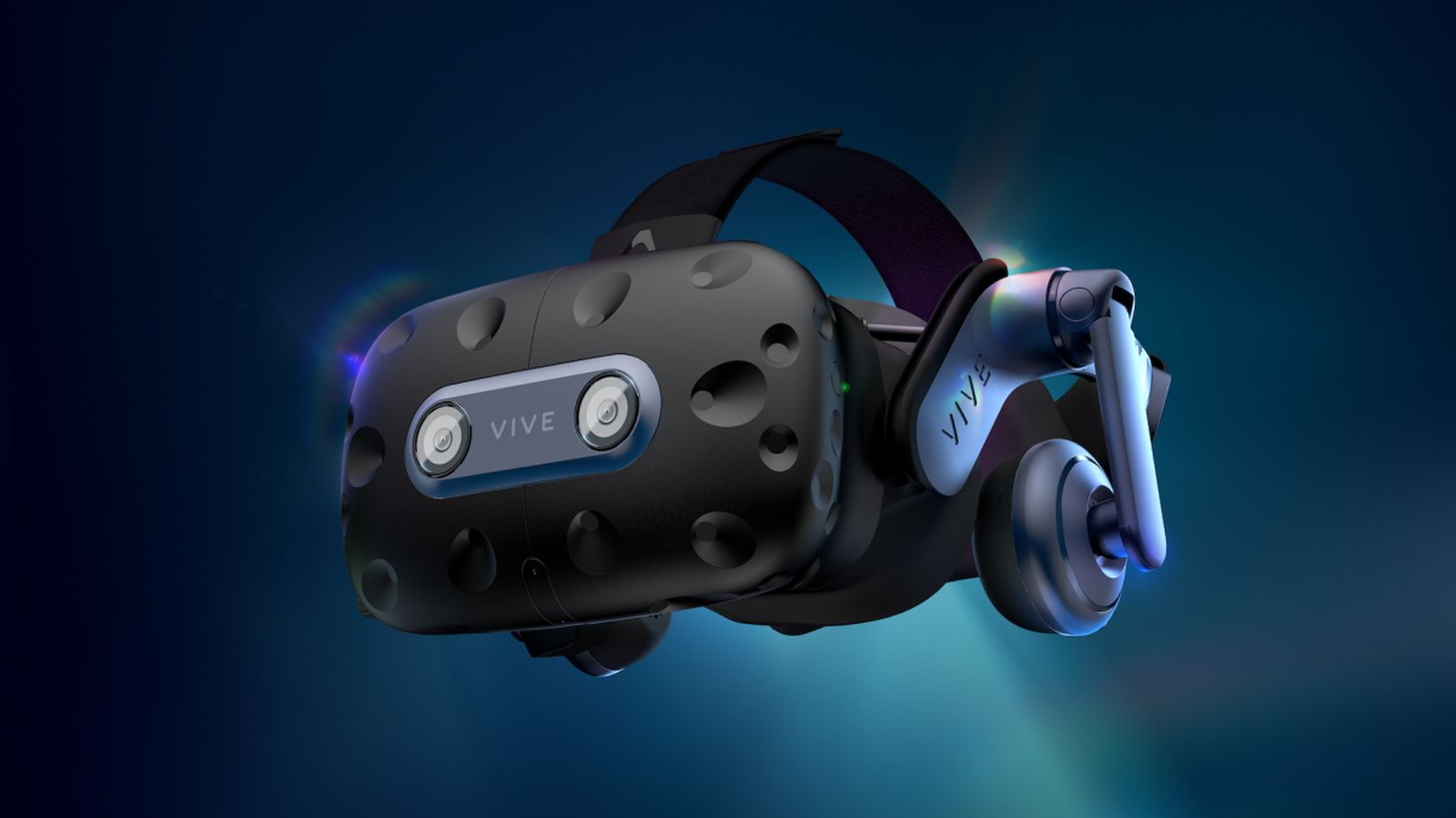 Day one of Vivecon 2021 is in the books, with some very exciting news for VR enthusiasts and developers alike. Announcing not one but two new, updated VR Head Mounted Displays, team HTC showcased just how far they are ready to push virtual reality. What’s crazy is that they are ready… now. Everything I’ll talk about in just a moment is ready for pre-order today, and shipping in June of 2021!

During the keynote, the HTC team unveiled their upgrade for the Vive line that addresses the growing business applications that are increasingly a part of how products get made. Vehicles (including aircraft) are now designed in virtual reality, with the ability to make radical changes on the fly without the need to tear down a physical object. Inspections, surgeries, high-risk training like electrical work and flight, neurosurgery, and so much more is increasingly being done in virtual reality. This leads to more rapid delivery and we all benefit from it. To that end, HTC is delivering their latest innovation — the Vive Focus 3.

The Vive Focus 3 is a dual 2.5K lens headset for a combined 5K resolution — a full 250% increase and a hefty improvement over any competitor on the market. (4896x2448 for the Vive Focus 3 vs. 3664x1920 for others) It also sports a 120 degree field of view, a quick release battery that can get back to 50% over 30 minutes of charge, and even sports a magnetic gasket solution to easily swap out the padding for the device. It also has a 57mm to 72mm interpupillary distance adjustment (IPD) — the largest in any platform on the market. With four inside-out AI-powered cameras, the data is encrypted directly on the headset, requiring no connection to a centralized cloud service. I’m sure the defense industry sat up and took notice, but that wasn’t the only ace up HTC’s sleeve.

Certainly the new 6 degrees of freedom controller with it’s 15 hour charge and gesture-based tracking is nice, but as someone who has worked in IT for a very long time, it is the new centralized management platform that made my ears perk up. In a new program called Vive Business Device Management Systems, corporate IT teams can now track, control, patch, push software, and otherwise manage their VR devices, either individually or as a group. Being able to pull analytics, usage information, and far more as a part of an enterprise suite is important to business, so it’s nice to see HTC step up to that plate. As a bonus, if you already have a mobile device management platform that supports the Android ecosystem, it’ll work with the Vive Focus 3. Good on you, team HTC.

It’s not all software in the new HMD — the team has also redesigned the audio system for this platform. Now integrated directly into the solid band of the headset, the Vive Focus 3 has a contactless pair of speakers with audio adjustments to ensure nobody can listen in on private conversations. The contactless speakers are a boon for the manufacturing environment, allowing a worker to maintain augmented or virtual reality, but still remain aware of their surroundings. It’s very clear that HTC has spent a great deal of energy listening to their commercial and industrial users, and it shows in this new headset.

Now, you are reading this on a site called Gaming Trend, so let’s get into some gaming! While this new Vive Focus 3 platform is great for development and commercial applications, gamers are looking for the next great thing. The freshly-announced Vive Pro 2 looks like it’ll not only take VR gaming to the next level, but will carry it beyond. It has the same 5K lens system as the commercial platform, including the 120 degree FoV, but the Vive Pro 2 will do it at 120Hz refresh rate. This should make for a buttery smooth visual experience, allowing animations to be smooth and render at such high resolution that it looks gorgeous at the short distance you’ll be wearing these powerful little screens. To help with cooling the new Qualcomm Snapdragon XR2 chipset that’ll power this headset, the device features a heat riser and small fan in the HMD, ensuring proper heat dissipation for longer play sessions. Shipping with a solid band (I have a Vive Pro — the band is quite comfortable), this headset had one other surprise up its sleeve — it’s backwards compatible with prior gen accessories.

It’d have been very easy for HTC to draw a line in the sand and force people to upgrade all of their accessories as well. Well, they went a different way and made it entirely backwards compatible. You can use your existing base stations — yes even the 1.0 versions. You can use your wireless adapter (though you’ll max out at 90Hz instead of getting the full 120Hz that you can get out of the DisplayPort cable), and can use your existing controllers.

If you are as excited as I am for a vastly improved visual experience, and you are eager to find out how it might help with your nausea problems, then you won’t have to wait long. The Vive Focus 3 ships on June 24th, and the Vive Pro 2 ships on June 3rd — both are available for pre-order right now, with the latter weighing in at $799 for just the HMD, or $1400 for a full setup including base units and the new controllers.

Stay tuned here at GamingTrend.com for our eventual hands-on review!

Ron Burke is the Editor in Chief for Gaming Trend. Currently living in Fort Worth, Texas, Ron is an old-school gamer who enjoys CRPGs, action/adventure, platformers, music games, and has recently gotten into tabletop gaming. Ron is also a fourth degree black belt, with a Master's rank in Matsumura Seito Shōrin-ryū, Moo Duk Kwan Tang Soo Do, Universal Tang Soo Do Alliance, and International Tang Soo Do Federation. He also holds ranks in several other styles in his search to be a well-rounded fighter. Ron has been married to Gaming Trend Editor, Laura Burke, for 21 years. They have three dogs - Pazuzu (Irish Terrier), Atë, and Calliope (both Australian Kelpie/Pit Bull mixes).
Related Articles: Hardware, HTC Vive Pro 2, VR
Share
Tweet
Share
Submit