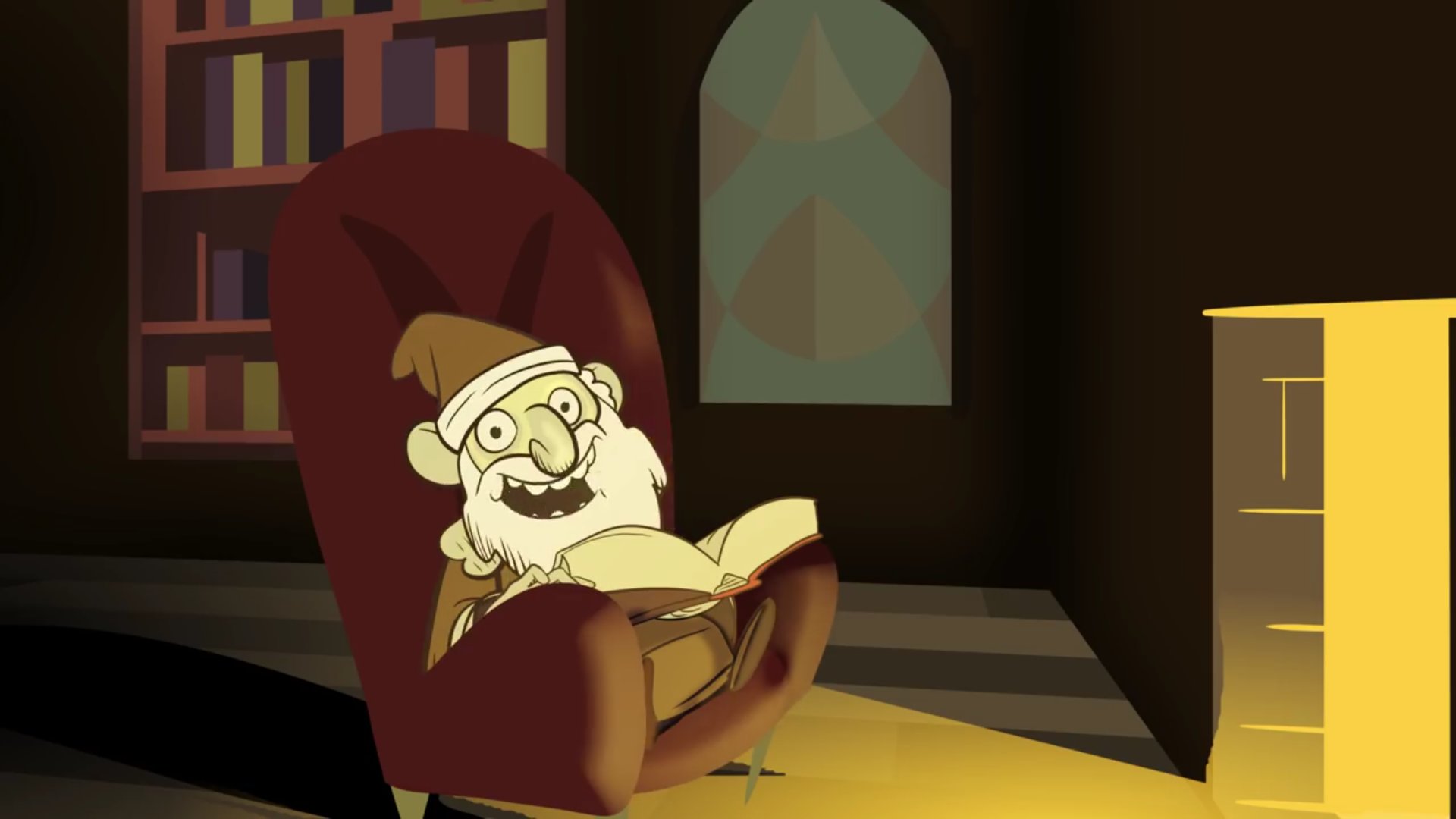 As gaming relies more and more on digital assets to supplement the experience, the Decks of Many are proving just how much utility we can get out of an analogue supplement. Apps can be helpful, especially for tracking spells and abilities, but physical products have a table presence that will keep you in the game and off of your phone. With their previous Decks of Many, and the upcoming Animated Spell Cards, the minds behind this project are working to prove just how much we can still get out of cardboard in this day and age. You may have become familiarized with them from the exceptional Animated Spellbook series on Youtube, but rest assured they have far more up their sleeves than the creative explanation of spells that series has to offer.

The Decks of Many range all over, but essentially break down into information you will need to refer to in-game, but consist of digestible chunks. Monsters, Equipment, NPCs, and Conditions are all things that you will need to rely on, but can be awkward to have to look up in the middle of a session, or have to write out beforehand. This way, you can pull them out either before or during the session for an instant chunk of relevant information, or hand them out to players as necessary. It was especially thoughtful to include multiples of the conditions, so that you can hand them out to players if a monster is afflicting more than one of them with something at a given time. Unfortunately, this does not carry through to the equipment, so if multiple players have the same weapon they will be out of luck, unless you intend to use them only as a quick reference.

The two basic design tenets of these decks are style and usability. Given their primary goal, i.e. to relay information, the two feed into one another very well. Most of the decks contain one clean, stylized piece of art taking up most of the space along with card text laid out in an easy to read font and format on the bottom or back. Finding what you need to use is pretty much effortless, once you get your head around how each card is laid out. The art style may not be serious in tone, but it evokes the pure sense of adventure that D&D tries to inspire.

Monsters with particularly high challenge ratings get a different look to their cards: the art reaches all the way to the edge, and lavish portraiture details them as a graver threat than any of the other foes. For the particularly complex ones, such as the Ancient Red Dragon or the world-eater Terrasque, their stats take up multiple cards. I don’t know if this change in quality was stylistic or based on budgetary concerns, but it does carry a practical effect: the change in tone carries with it the threat these beasts pose. In case the challenge rating isn’t enough to ward off a party that is in over its head (or if you choose to obscure that part of the card, which is easy because it is stored right on the bottom where you can easily cover it up), the imposing art style may give them reason to reconsider.

Let me be very blunt: these decks have improved my 5E games immensely, and far more than I expected them to. Anyone can understand the basic utility of having cards to refer to in case you don’t remember something like a condition or monster’s stats. Having delightful little characters is fun enough on its own, but being able to pull them out at the table has saved me a lot of effort. Sure, I had my Giant Spider and Ettercap ready to go, but when I needed a quick NPC I hadn’t planned for, a few things happened: instead of pulling out some random, unusual character traits and yet another vaguely European accent (I can hold my own as an amateur voice actor at this point) I got a visual description and set of stats instantly. For those of you who are not so good at describing characters on the fly, think of how much easier it is now: don’t show your players the card. Just describe what you see. Once done, you can flip it over and refer to its abilities, which you did not have to check or memorize a moment before. All of this without having to lose your place in the pdf of the monster manual that DND Beyond has behind a DRM wall. Moreover, because this is analogue rather than electronic, you won’t be distracted by a phone or computer screen at the table.

The decks also contain original creations, such as the grey booze, a creature sure to put many unwary drinkers under the table

It’s the tactility and instantaneousness that kept the game running, and smoothly. To reward my players for underwater exploration that I wasn’t expecting, I needed to grant them something thematic yet useful. Oh what do you know! The equipment deck has a Trident in it, one that I could describe and hand to the players to instantly be able to use. I slapped a few minor magical effects on it and they were ready to go! The same thing kept happening at the table. For someone like me who relies on improv far more than planning (which we all do, as soon as the players ruin your plans anyway) having sets of stats and equipment in front of me ready to go eased a lot of tension. I only wish that magic items could receive a similar treatment, given the specialized rules text they tend to contain. I’m not sure how much of this material is outside of the OGL, which might be the biggest stumbling block.

There is only one deck I haven’t used, for fear of derailing my game, and that is the legendary Deck of Many Things itself. For those of you not in the know, this 22-card tarot inspired deck spells doom and fortune in equal and terrifying measure. A player seeking to draw from the deck may only do so once, declaring how many cards they choose to draw, and throwing their fate into the wind. Upon doing so, they can change your alignment, grant you experience, or summon an avatar of death itself, all instantly. The art on these cards is in equal measure imposing and inspiring, as are the effects themselves. There is one drawback to the deck, or so it seems until you apply a little extras though: none of the card effects are written on the cards themselves. To use them, you have to refer to another card included in the deck, which explains the effects of each card. At first blush, this seems like an annoyance: you have to look away from the card onto a glorified chart? Why purchase the deck in the first place? The reason is simpler than in might appear, and if anything enhances the utility of the deck.

See, I never want to use the Deck of Many Things as written. The effects are simply too ridiculous, with power levels almost guaranteed to derail the campaign. So the solution is simple: generate or seek out another deck, with more tame effects (or more wacky for you masochists out there). That gives you your own chart, which keeps this deck exactly as useful as it would have been otherwise. I don’t know if this was intentional, and I have mind-melded with the designer, or I am merely giving them credit for a stylistic choice, but I prefer having many options as to use this product, instead of relegating it to a lavish paperweight.

Now, there are a few cons here that I would be remiss in mentioning, the most substantial of which being that this content is inherently limited. See, because the Deck of Many is not licensed by Wizards of the Coast, it can only use certain public domain material for its spells and monsters and such. What that means is that Illithids, Beholders, and certain other trademarked materials can never appear on these cards…so be ready to make your own for those. Some, but not all, of the most iconic source material won’t be found on these cards.

The price is also a concern. As thematic and useful as these decks are, you will only really want to get them if you think you will make regular use of them. Not everyone will need these, and not every game will be enhanced by their presence. If you are determined enough, you can even make your own decks with different formatting. What you are paying for here is convenience, flexibility, and style. But that style comes through nowhere better than with the animated spellbook.

The recently concluded Kickstarter uses some old technology in a new way, animating your spells and providing you with relevant rules text. Tipping the card back to front, you can see the spell play out in front of you over the course of a few frames. It uses the same character and life as the rest of the art, coming through surprisingly well. In the prototype versions I got ahold of, the firebolt burst forth with light, leaving small licks of flame trailing in its wake. With the Kickstarted funded (and preorders available for any who missed it) they are set to make a more complete deck for would be spellcasters.

There is one question that is surely on your minds, as it was on mine: is this just a gimmick? My answer isn’t no as much as what does it matter? Sure, you don’t get that much out of this, but the satisfaction of watching your spells in action, on top of having easy reference to them, is well worth the gimmick. In terms of weight and style, these are a solid step up from the spellcards on the market right now, and if this is something that might entice you, you probably know it already. A downside will be that these are unlikely to cover every spell you can cast, especially as you level up, making it less useful over time.

John Farrell is a legal aid attorney specializing in domestic violence, living in West Chester Pennsylvania. You can listen to him travel the weird west as Carrie A. Nation in the Joker's Wild podcast at: https://jokerswildpodcast.weebly.com/
Related Articles: Tabletop
Share
Tweet
Share
Submit