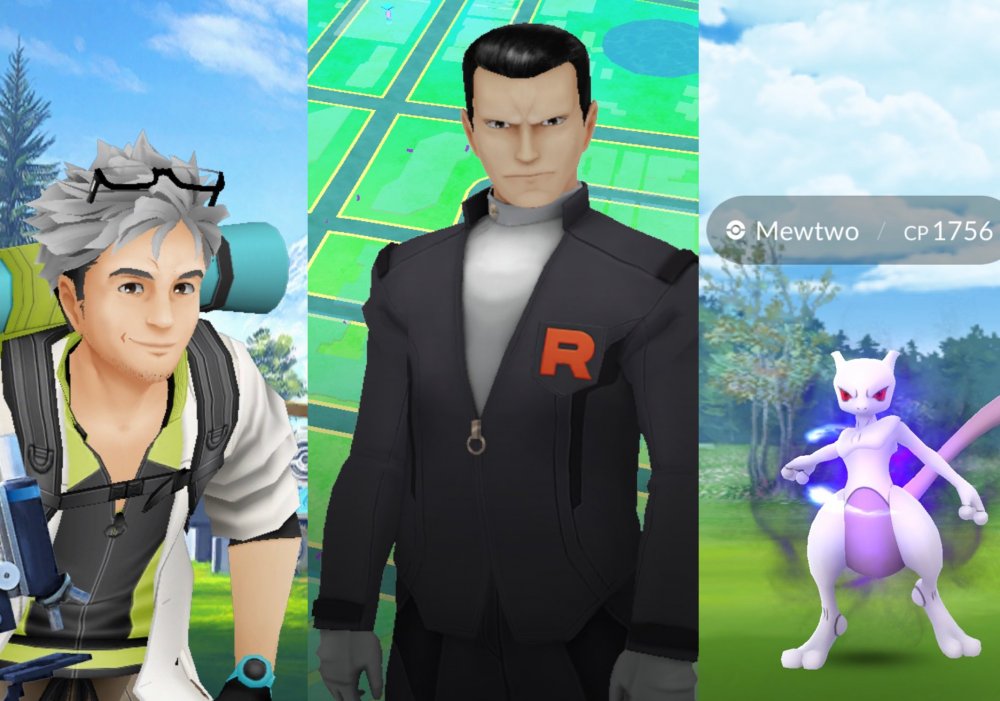 Pokémon GO Fest 2020 has officially wrapped, bringing an end to Niantic’s first global GO Fest. The two day festivities, which could be unlocked anywhere in the world by purchasing a ticket, featured special quests, increased shinies, challenges which resulted in creating limited-time boosted events, including increased stardust, experience, and rare candies, to rapidly spawning Team GO Rocket balloons. Niantic has a history of using GO Fest as a way to premiere and stress test new features, and this year was no exception, serving as the first major stress test of the remote raids system. Some of the festivities were a hit, but there were elements we’d be happy to see blast off, never to return again.

Day One featured hourly challenges which organized themselves around themed Pokémon spawns. Water, grass, and fire Pokémon were the most common, though the raid Pokémon spawns were a delightful surprise. Professor Willow issued a set of challenges, and once a certain number of trainers in your region completed those challenges, bonuses would be unlocked for everyone. These were especially exciting in the early part of the day, and the starter Pokémon wearing the Pikachu visors were a delightful addition. That said, the cycle repeated later in the day, and while I did appreciate another chance to grab a shiny Alolan Marowack, I definitely found my interest dropping off sharply by the end of the day. 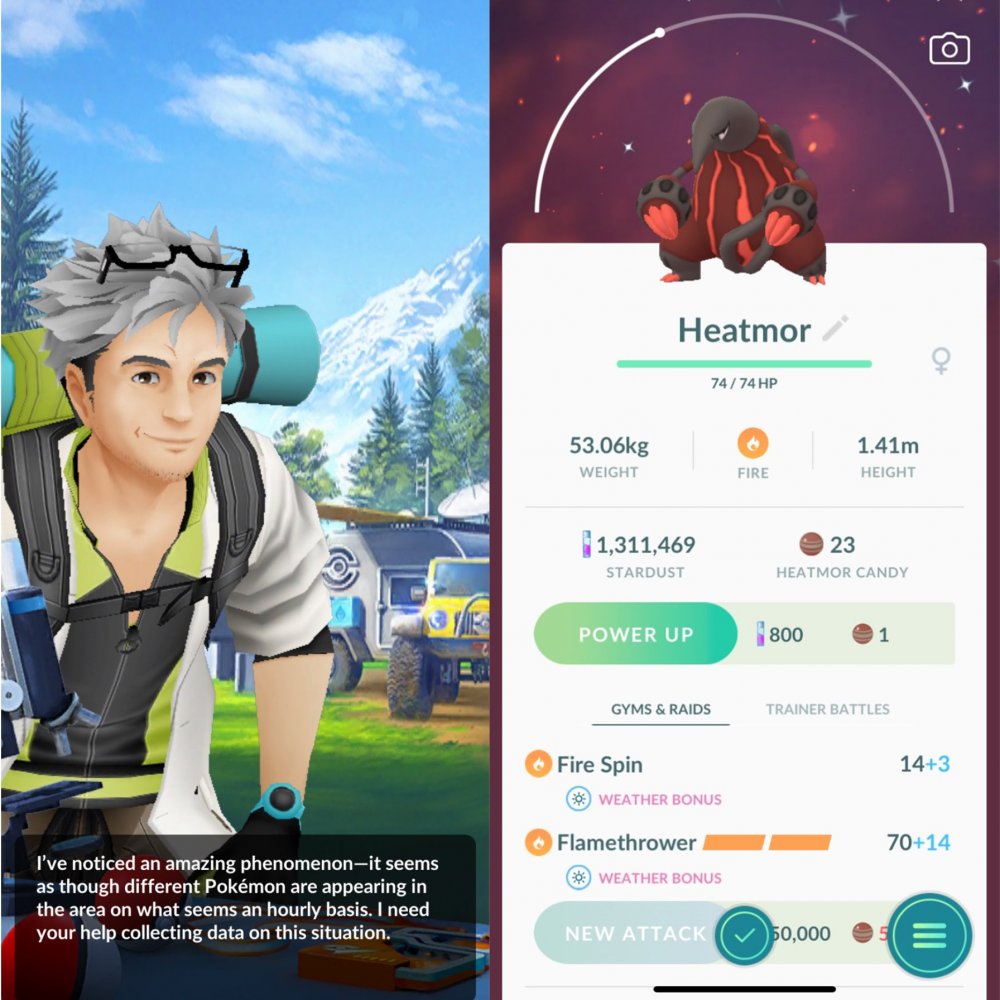 I found the biggest disappointment of day one to be the gift-sharing hour, where we had what should have been an amazing chance to receive Rare Candies when opening gifts. Unfortunately, this event did not start until four hours into the day, a solid two hours after myself and my Go Fest partner-in-crime had begun running out of Pokéballs. Niantic did tweet a few days earlier that we should hold off on opening gifts until this point, but in our rush to catch ‘em all, and a desperate need for red balls in particular, we had broken down and busted out a few gifts before the event started. Despite us both having robust friends lists, we found the influx of gifts to be… inadequate. While my account certainly had active friends, they seemed more interested in opening their gifts rather than sending them out, and poor Gibs discovered just how few of his Pokémon GO friends are still active, having a measly sixteen gifts trickle in over the course of an hour, even after having his friends code posted to Twitter.

Despite this, we both found ourselves pretty pleased at the end of Day One, each having bagged several shinies. Gibs even made significant progress in moving his experience bar, filling his more than halfway at level 36. That said, we both found ourselves seriously lacking in Pokéballs; we had both run completely out of red balls by the end of the first day. I’d managed to hold on to just under 100 Great balls and around 50 Ultra, while Gibs had around 50 Great and around 20 Ultra. While I was excited for Day Two, I couldn’t help but wonder how much I would actually be able to play, given my serious lack of Pokéballs. 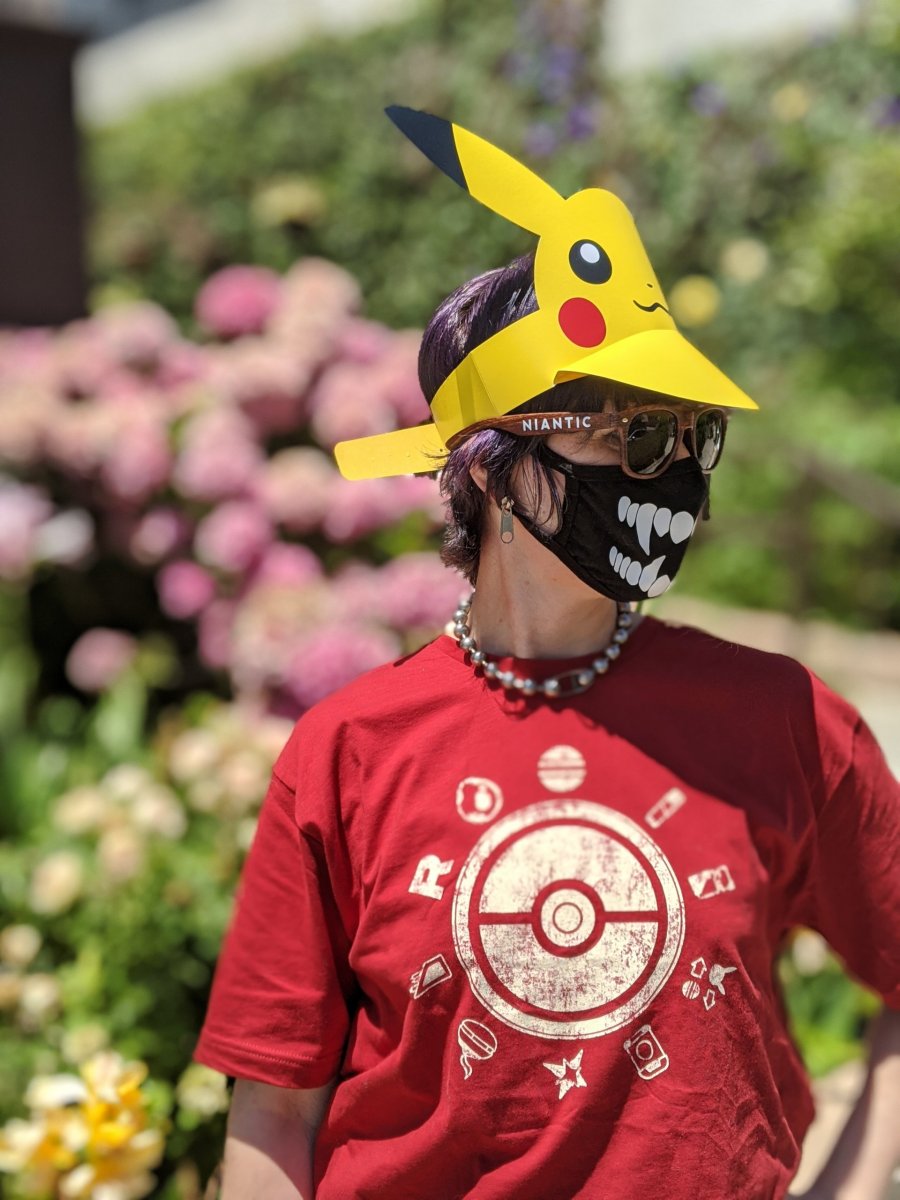 The next day brought the rise of Team Rocket, which had some of the coolest Pokémon prizes, but also saw a number of server issues as well as the most demanding gameplay. I’m going to be completely upfront here: I do not enjoy the PVP aspect of Pokémon Go, and this includes the Team GO Rocket battles. I don’t mind doing them on occasion, but I find that they demand entirely too much time and attention compared to the game I fell in love with four years ago.

Pokémon GO has always been more about walking and tossing, or tapping while talking to friends; a casual game which required some skills and planning, but never demanded too much of my attention for too terribly long. I could take my time between throwing at Pokémon, I could chat with friends while madly tapping to take down a raid boss. Team GO Rocket battles require far more prolonged concentration than the rest of the gameplay, and I find them cumbersome, boring, and annoying after a round or two. 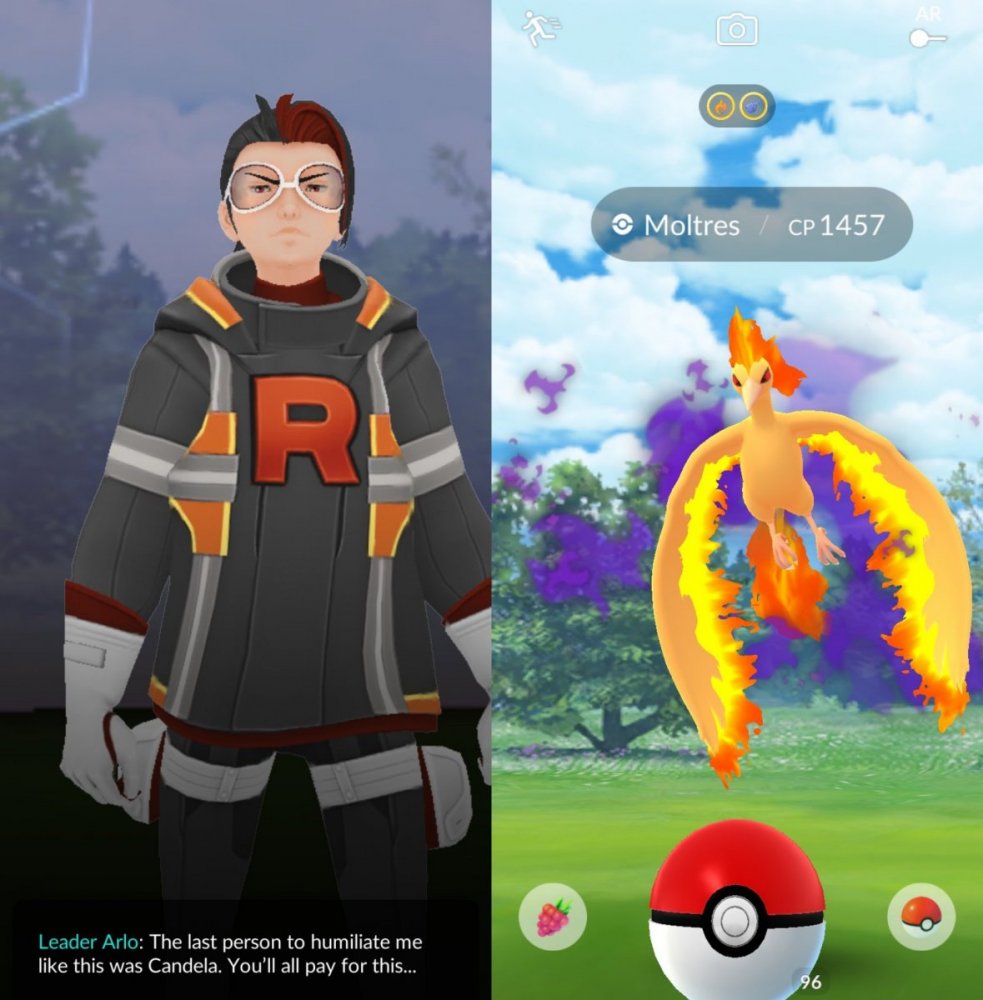 Day Two set up a series of challenges requiring you to overcome Team Go Rocket, battling your way through a series of grunts again and again in order to collect enough components to be able to challenge and subsequently defeat team leaders, and then the infamous Team Rocket/Team GO Rocket leader himself, Giovanni. This proved to be a time-consuming and mind numbing process, though we were, at least, given a few blessed advantages to make this a little less tedious.

First off, we were given two Mysterious Components for each grunt we defeated, meaning we could battle a leader after defeating three grunts, rather than six. Secondly, the team leaders’ Pokémon were significantly nerfed for this event, making them far easier to defeat than they normally would be. In fact, I was able to wipe out Sierra’s entire team using a single Zapdos on two separate occasions, something inconceivable in her normal encounters. It was, however, still a lot of grinding, and once you unlocked a team leader, you found yourself at the mercy of the RNG. The quest chain demanded that I defeat each of the Team GO Rocket bosses, but after defeating Sierra and Rock, I had to wait for more than an hour to have Arlo appear. 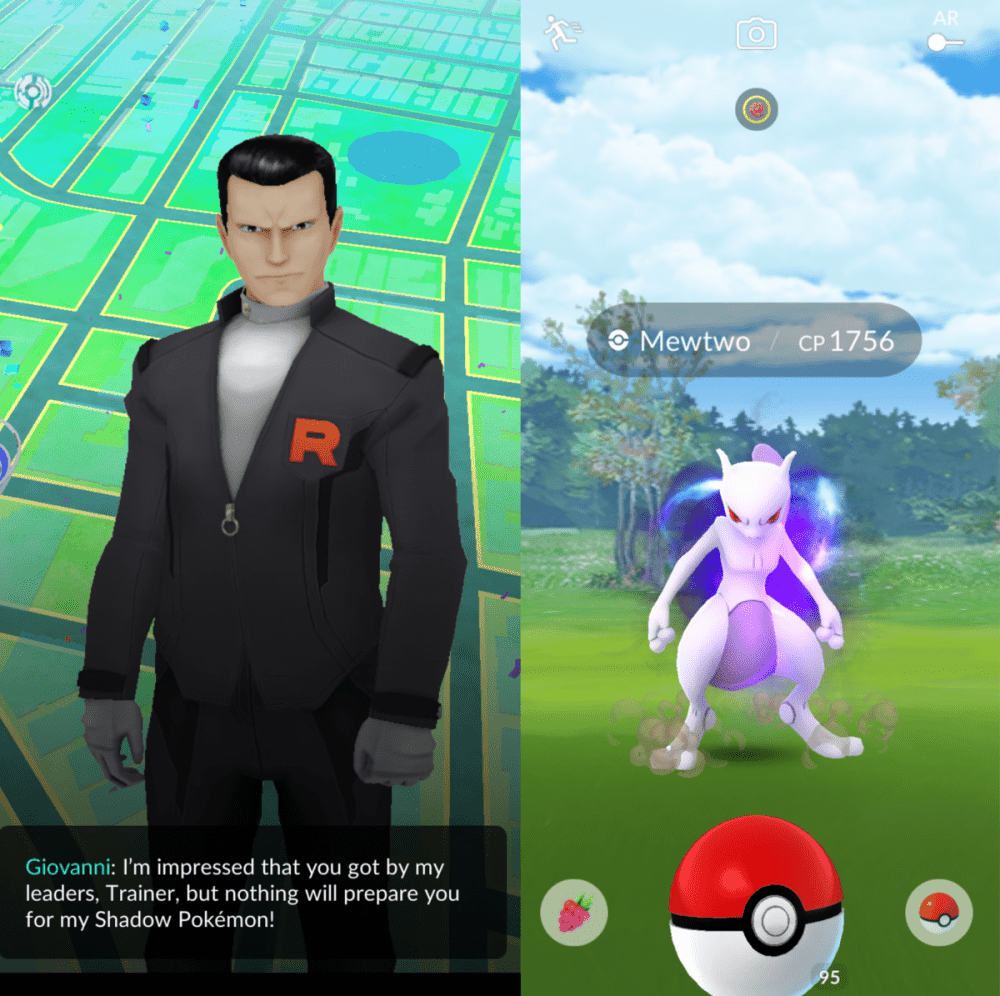 In the end, the prizes were worth it–if only just. I walked away with Shadow versions of the three legendary birds, a Shadow Mewtwo, as well as a Victini. Due to the previously mentioned lack of Pokéballs, my partner-in-crime Gibs is now the proud owner of a Shadow Mewtwo housed in a Great Ball, as he was completely out of Ultra Balls by the time he completed his quest chain.

We completed the minimum number of Team Go Rocket battles required to finish our quests, and then moved on to the real draw of the day–Legendary Raids. We both walked away with several new Legendary Pokémon, though neither of us managed to bag a shiny legendary, and we both lost a couple of Remote Raid passes due to server issues. Remote raiding certainly made it easier to fill lobbies and take down the big bosses, and inviting friends to raids is an amazing feature, though this feature still feels young and incomplete. Between the time constraints in raid lobbies, how long friends lists can be, and the fact that it’s hard to tell who is actually available to join you in raids (sorry, Niantic, I have many reasons for not wanting to show my online status) it’s hard to use this feature effectively if you’re not actively coordinating with your potential raid partners through other communication efforts.

The biggest disappointment of Day Two wasn’t just the tedious Team Go Rocket battles, it was the fact that it did not carry forward the teamwork and rewards structure of Day One. I would have been way more willing to grind through these fights had we been challenged to defeat a certain number of grunts in order to unlock additional spawns, shiny rates, or stardust boosts. After the global camaraderie and hourly updates of Day One, Day Two felt very grind-heavy, more like busy work than a celebration. As always, RNG is a cruel mistress. Some of my fellow Go players netted literally dozens of shinies, while one friend managed to snag exactly one, despite more than a dozen hours of catching and raiding. (Sorry, Holly!) Gibs and I came out in the middle of the pack, having caught eight and nine shinies, respectively–none of them legendary. 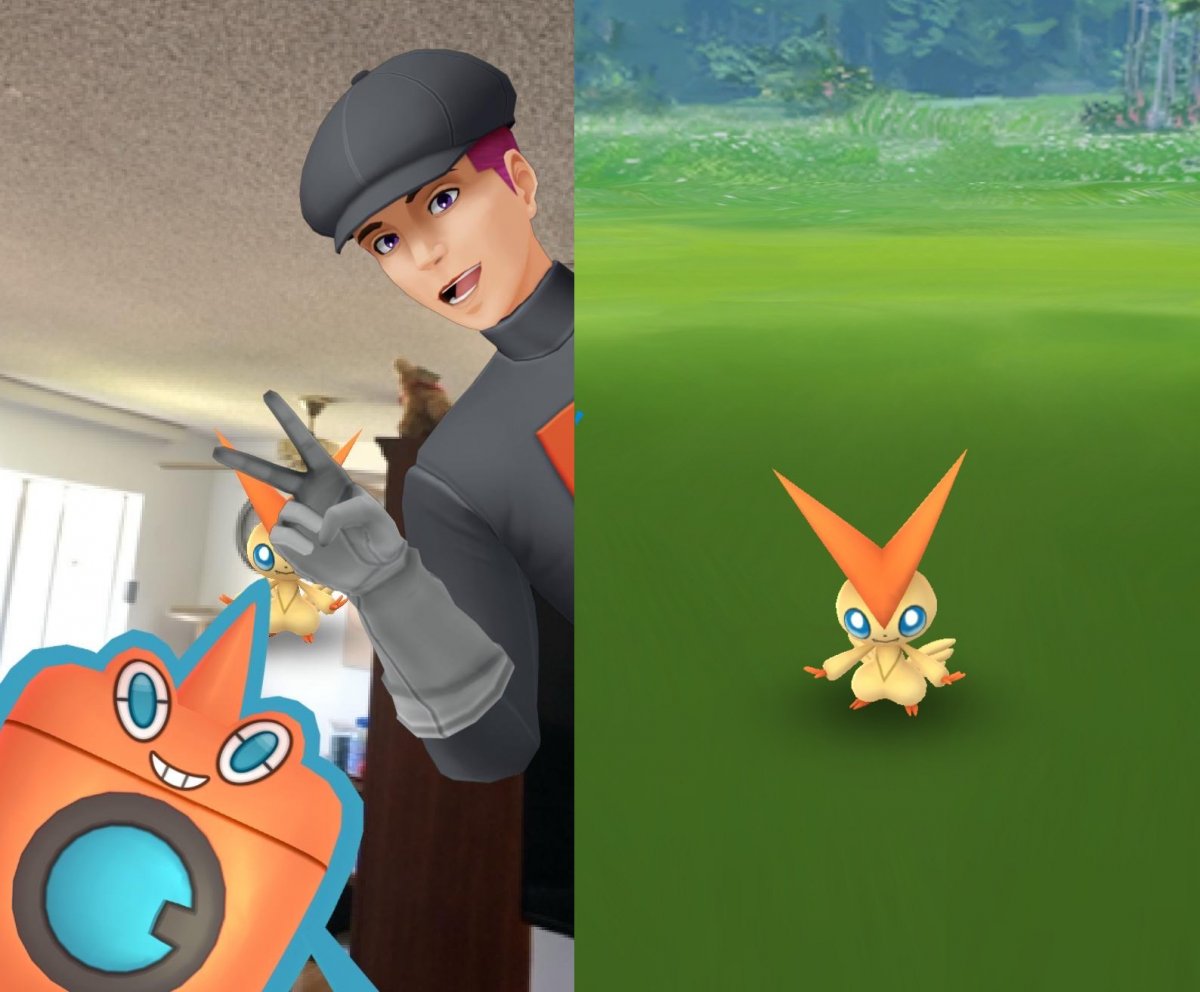 Pokémon GO Fest 2020 was a delightful distraction from the everyday, and a decently rewarding experience for a $15 admission fee. It suffered from some server issues, and given how long the event was, would have benefited from Niantic being a little more generous with Pokéballs. At its best, it provided an exciting sense of camaraderie as trainers from across the world worked together to accomplish goals and unlock rewards, while at worst it was repetitive and more than a little grind-heavy. Still, it did a good job of creating a sense of community and teamwork amid a global pandemic which has left many of us feeling isolated and alone.

As the event closed and Team GO Rocket was forced to retreat, fireworks began to light up across the horizon of Pokémon GO’s in-game world. The display carried on until late into the night, and while it was a delightful and fitting way to celebrate stopping the forces of evil, I couldn’t help but feel like the solo-grind nature of the that day’s quests downplayed the sense of community and camaraderie of the first day’s challenges. As I watch the fireworks, I can’t help but wish that the challenges had been switched, so we could have watched the display knowing that we had come together as a world-wide community to unlock and ultimately save the mythical Vinciti. Still, I know that I’ll be spending the next few days recalling encounters with a smile as I sift through my overflowing Pokémon box, appraising, naming, marking, evolving, and powering up my new Pokémon partners. I’d like to offer a sincere thank you to Niantic and to my fellow trainers for an incredibly fun weekend. Battle on, trainers.