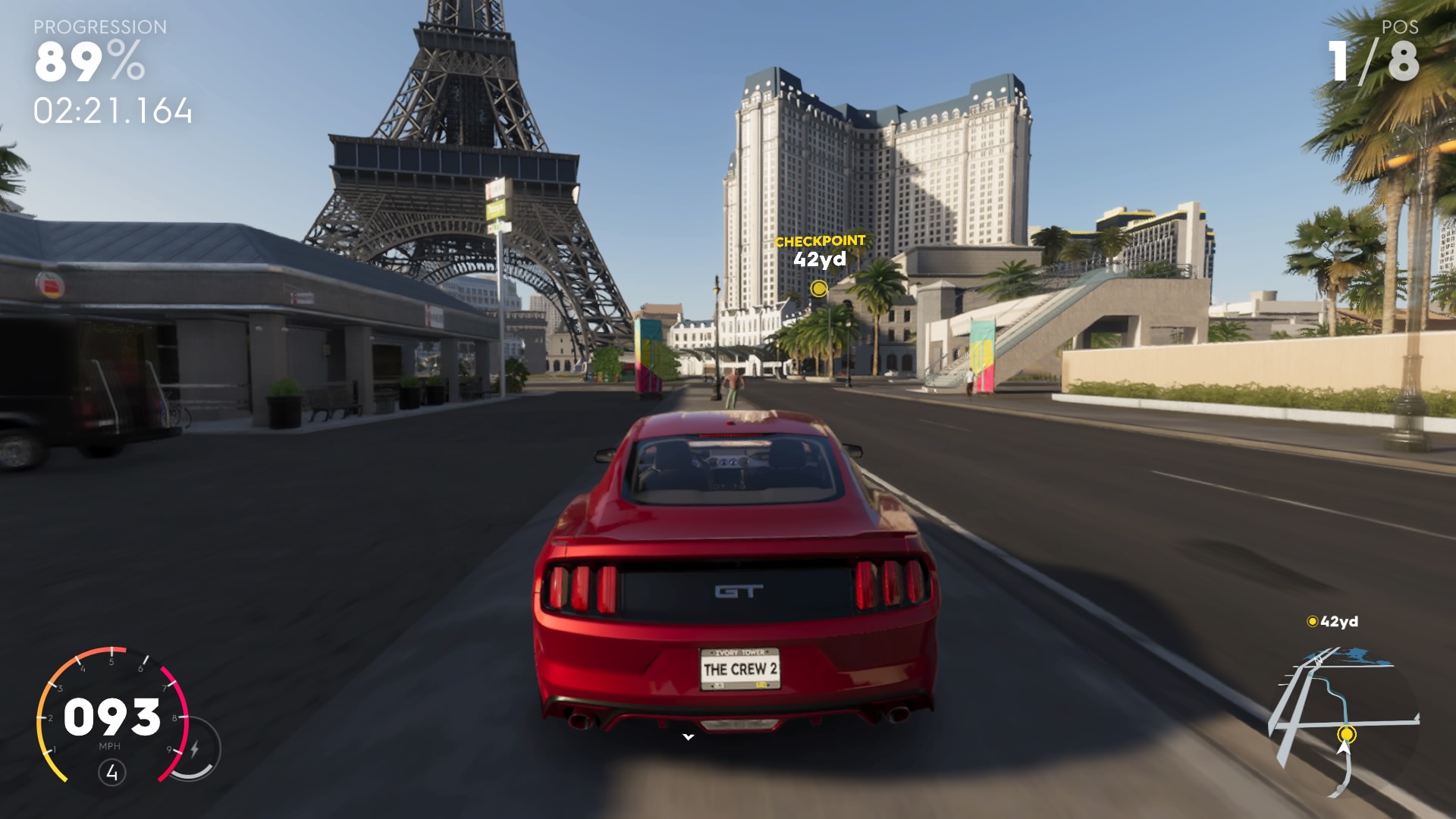 Racing games have been popular for years now, and have been handled in a variety of ways. Some let you race cars, others have you take to the skies, and some let you ride the waves. The Crew 2 aims to give players the opportunity to experience all of these vehicles, and with the use of the closed beta, gamers could get a taste of what’s to come on June 29th.

The closed beta starts off by letting the player choose their character model. The only time this character choice actually matters is when you are hanging out at one of the headquarters across the country. These are small areas where you can view some vehicles for purchase and other players who may happen to be there too. These areas are played from a first-person view, so only other players see what you look like here.

There are some short introductory races that were designed to allow players to get some practice in and learn how to play. You got to experience racing on land, in the air, and in the water, all back to back. After this short segment, you are taken to the map and shown four types of races: street, off-road, freestyle, and pro. Doing a race in each one of these gives you a free vehicle from each category, and opens up more opportunities on the map. From this point you are given the freedom to play as you see fit.

There are three main things to do in the closed beta: compete in races, take part in activities, or just free roam. The races and activities are scattered around the United States, and you can fast travel to them or drive there on your own. I found it fun to set a waypoint and drive or fly there myself in order to practice my skills while admiring the sights around me. The world itself is beautifully crafted and that makes traveling much more engaging. Flying through the sky and taking in the sights was my primary method of exploring. There were a few times when my objective was really far away, making the option to fast travel incredibly helpful.

The races and activities themselves are fun, challenging, and diverse. For example, one involved getting away from a designated area as fast as you can before an expanding circle of red catches you. The races make great use of the environments, including jumping ramps, cutting through alleys, and even speeding around cruise ships. They can be tough and will test your driving skills, but blazing across the finish line makes it all worth it. The other benefits to racing, besides the obvious enjoyment, are getting followers, collecting loot, and earning credits. Followers unlock more races, loot contains upgrades for your vehicles, and credits allow you to buy more vehicles. The closed beta had a cap of 14,999 followers, so I’m excited to experience the content unlocked after that threshold once the game comes out.

One of the most impressive aspects of the game is the ability to transform from one vehicle type to another almost instantly. For PS4, you need to hold down R3 and tilt the stick in a certain direction: left for boat, up for plane, and right for car. It takes a few seconds, but in that time, your vehicle disappears, the empty space orients itself according to the choice and situation you’re in, then you’re suddenly in your new vehicle while still moving. For example, when speeding through the water, if you choose a plane, the empty space lifts you up out of the water to allow the plane to be flown up and away. The seamlessness of the change, and the ability to change vehicles without losing speed blew my mind, and worked out better than I had hoped. Being free to travel the country like this resulted in transforming my vehicles many times and attempting to do cool stunts for my own sake. Nothing beats driving towards a lake, speeding across the water, and then taking to the sky all in one fluid motion.

The controls feel tight and the movement is fluid. Turning and drifting feels satisfying as long as you time and perform them correctly; if you don’t, you’ll feel that backlash from the speed as you slam into obstacles. Each vehicle type has been given plenty of care with their design and control scheme. Doing rolls, loops, and knife flights while flying is exciting, bouncing on waves in the speedboat feels realistic, and the potential swerving while turning keeps you on your toes. It looks like there are more vehicles which will be available in the full release, and I can’t wait to try them out down the line.

The Crew 2 closed beta only lasted a few days, but what a few days it was. If a beta is meant to be a taste of what’s to come, then I’m excited to see what the main course will be like upon full release; if the full game is anything like the beta, then The Crew 2 will be a blast. With a large, beautiful world to explore, a wonderful variety of vehicles, a precise control scheme, and that transformation ability, fans of racing games will be kept busy for hours on end on June 29th.

Codi loves to play video games and watch movies. He will watch almost any kind of movie just to experience them. His ideas take inspiration from the shows and movies he watches, and games he plays. He also loves a good pun.
Related Articles: The Crew 2
Share
Tweet
Share
Submit