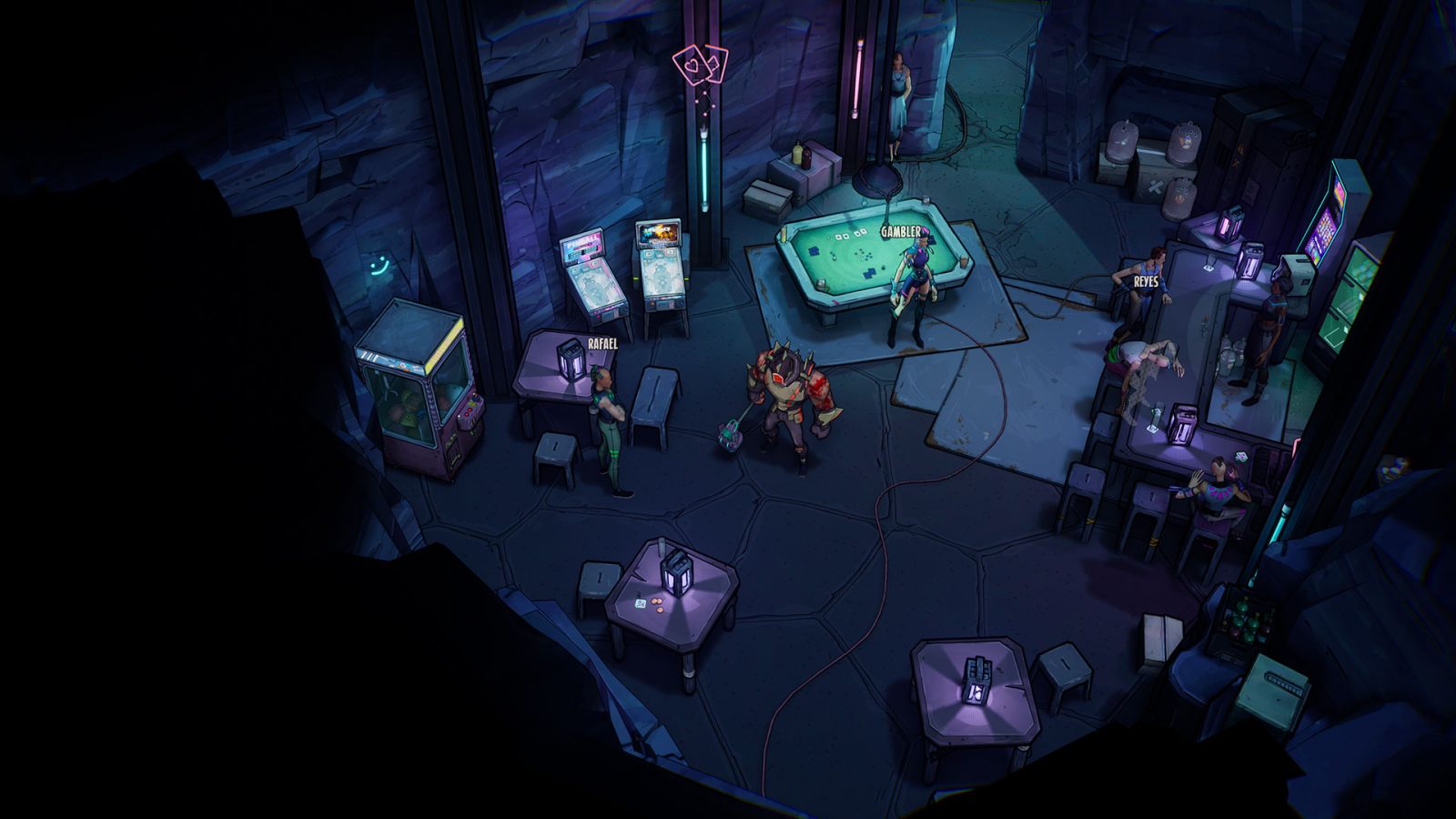 Gaming Trend was invited by our friends at Raw Fury and Stitch Heads Entertainment to take a look at Superfuse recently. Now, our Editor in Chief has actually had a hands-on feature with Gaming Trend back in April, so you can take a look at his thoughts the first time around. This time, we got to hear from some of their team about what to expect from Superfuse at this stage. Here are my thoughts on everything! 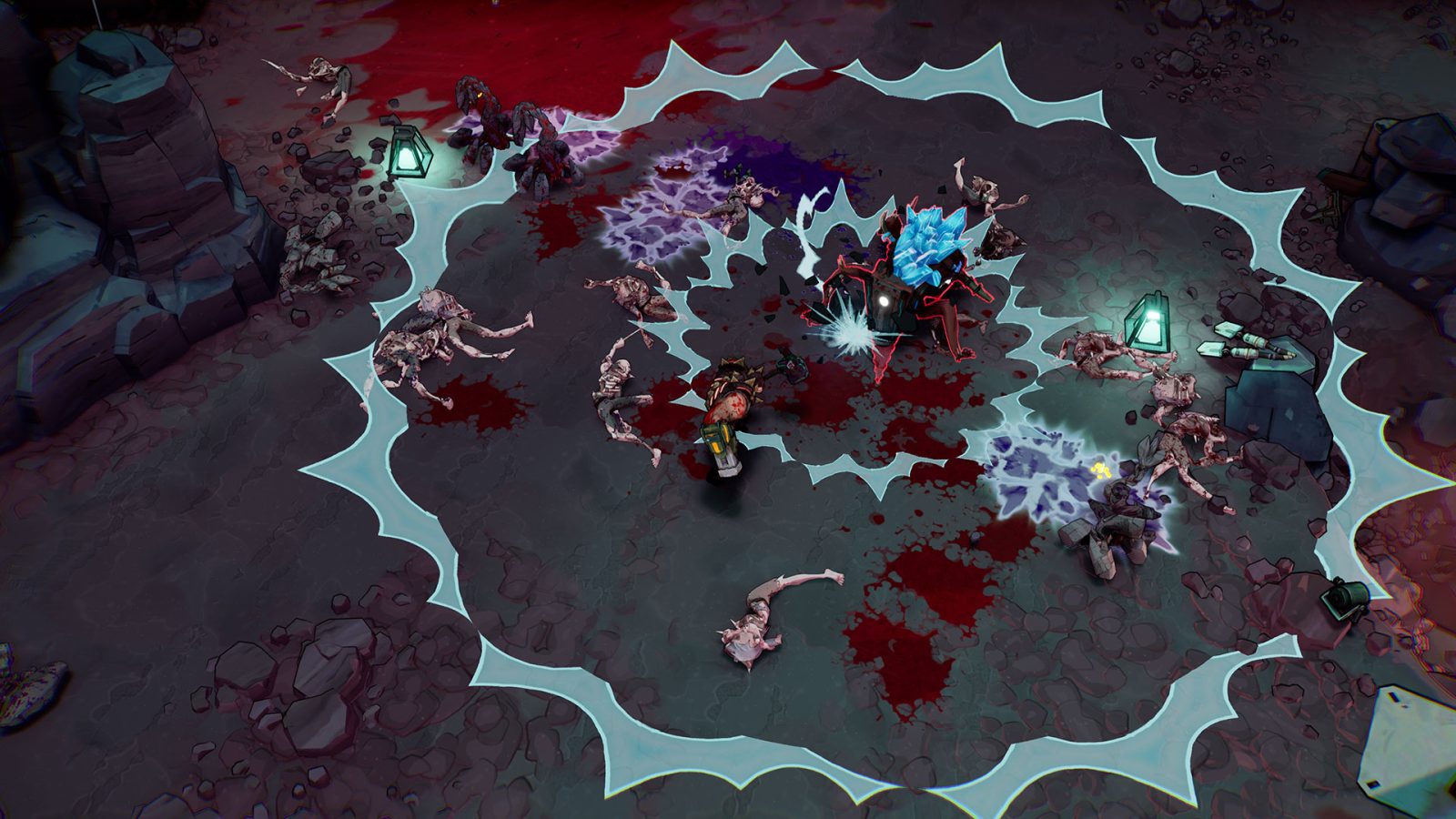 The team seems very proud of the progression with skills in this game, and I would agree. Everything seems overly complicated, but at the same time fairly straightforward. There are two characters that we got to play, these being the same two we got to see in the developer tour: Elementalist and Berserker. The dev team started by showing us low level Berserker, introducing us to the world they’ve created and some of the lower levels. The art style is one I truly loved. They went with a mixture of comic book superheroes and cyberpunk. So you’re seeing those neon purples and blues and greens all over the place with the comic book panels and art style while talking to NPC’s. The Superfuse team chose what they wanted to do and fully committed to it, which I can very much appreciate.

The team then showed us a much higher level Elementalist character build. Showcasing the fire and ice combination. They truly made it look easy, which scared me as someone who isn’t as familiar with the genre. Anytime the game “looks” easy to play, it generally is much more complicated once you play it yourself in my experience. Our guide went all the way to a boss fight where things got a tad crazy. 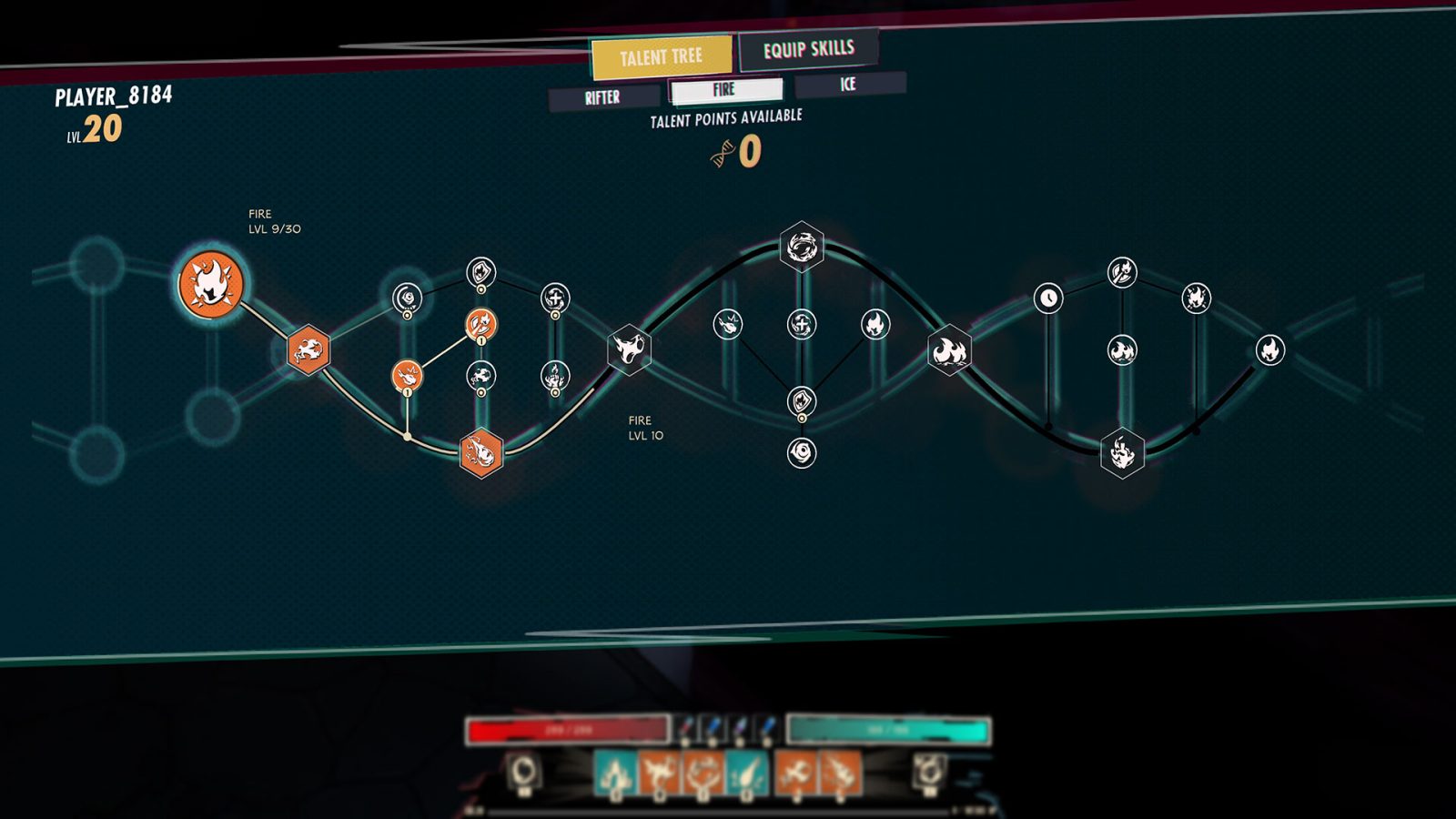 Thankfully, they were able to also show us what the multiplayer is going to be like, adding a friend in to help him through the walkthrough. I really think the multiplayer will be a fun time with friends, as you’ll need to strategize to take down these bosses and use the individual super powers to maximize your team’s success. As someone who has played many games with friends that rely on everyone to do their job to succeed, I’m sure Superfuse will be the cause of many late night fights because of the easy death since nobody was working together correctly. All the fun of co-op games!

After the walkthrough with the development team, I was able to get my hands on a beta version of the build. I’ll let you all know, I don’t generally play dungeon crawler RPG beat ‘em ups. I’ve played Diablo, Hades, and that Tomb Raider one I got with Xbox Gold a long time ago. However, Superfuse honestly seems pretty easy to pick up and start playing. I jumped in as an Elementalist (because I love some fire and ice combinations) and started my journey. 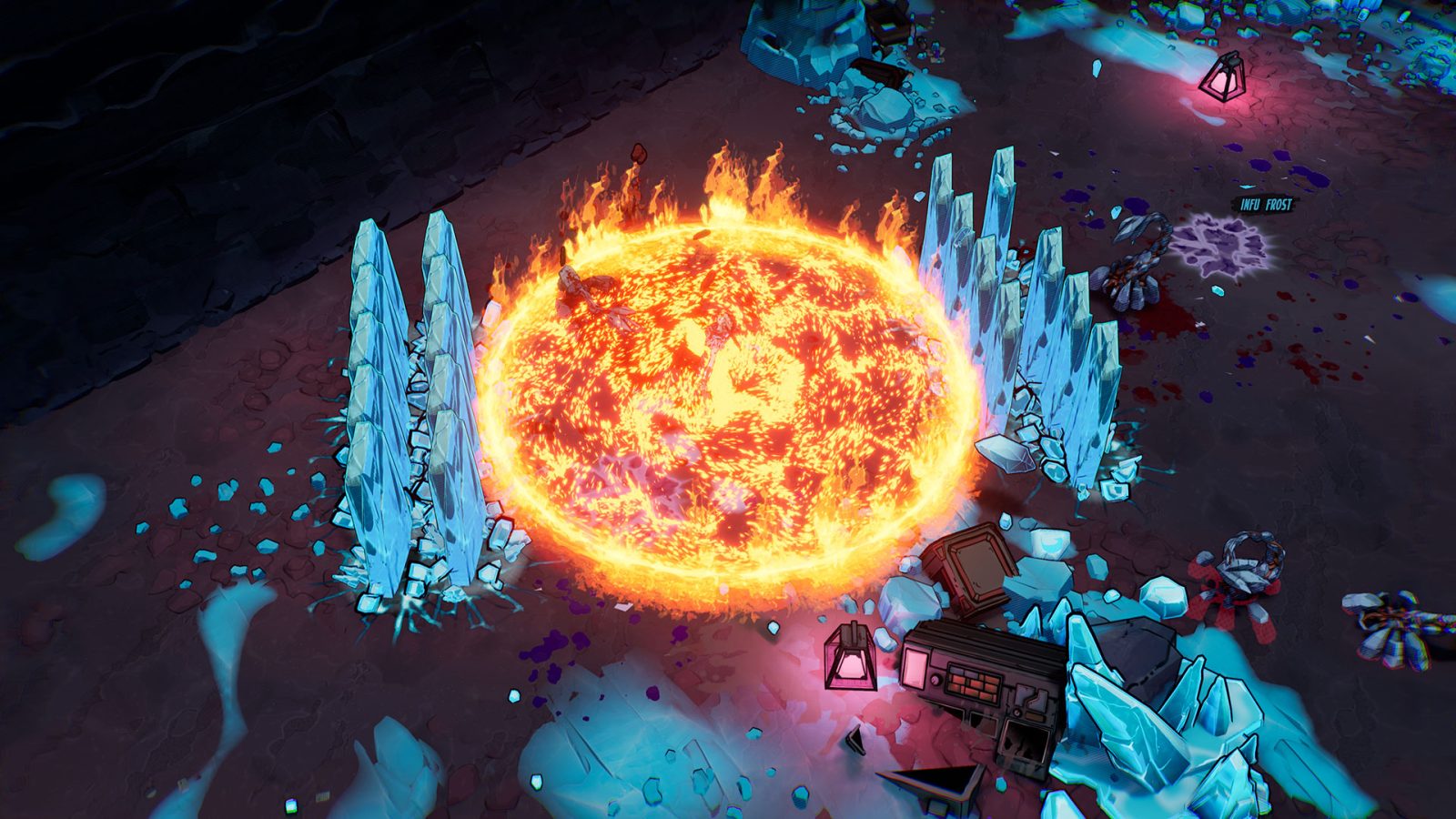 The first parts of the game I literally played with one hand. You get a default ability and then start gaining abilities as you go. So I got a fireball and went into the first action area. The cyberpunk and superhero themes really blend well together in the combat. I ran around feeling ultra powerful as I left clicked my way to victory. Now, as you build skills, that’s when things get more complicated and the more buttons you’ll click because of it. My one complaint I had was the movement. It’s all a point and click movement as the default, which is great until there’s a bunch of loot on the ground and you accidentally click on the loot which moves your character forward towards enemies who then damage you quite a lot because you’re not meant to take damage because you’re the elementalist… *takes breath*. You get my point. I’m sure that with more time I would get over that and it wouldn’t be an issue, but for the time I played it was something that I consistently struggled with and it got me damaged quite a bit.

Speaking of damage, let’s talk enemies. The enemies in Superfuse are humans who have been turned into monsters due to a toxin/pandemic that was put out into the world. These enemies include giant blob-like bad guys, ranged blob humanoids, scurry-like creatures, (you get the jist: bad guy supervillain goon type enemies). And who’s there to defeat them? Your team. As our editor in chief, Ron, said in his first look, “Granted godlike powers by their elite masters, the four characters in Superfuse were created to be the most powerful super soldiers they could be, infused with some of the same power as their masters. Thumbing through my history books, I can’t find a single time when that’s worked out well…” 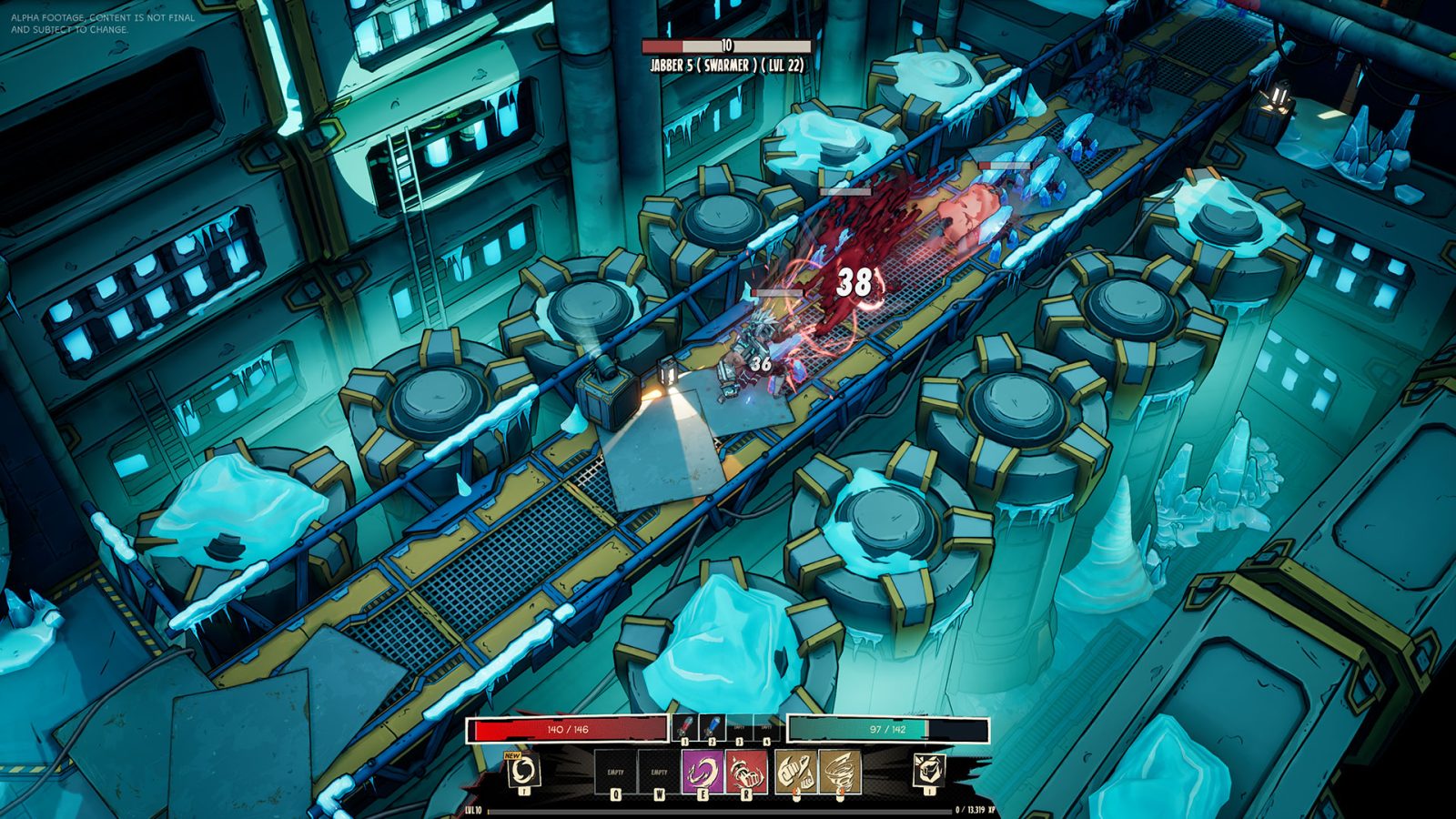 I think Superfuse is a unique looking game full of different ways to play either alone or with friends. The very detailed skill trees and different branches will make replayability quite easy and I’m excited to see where the story goes. While I played the single player offline mode, the multiplayer looks like it’ll be a lot of fun getting a group together to beat up some bad guys. We’ll see how the final product looks, but from my view, the Super-fuse is lit and I’m exploding with excitement to see where it goes.

Adam is a musician and gamer who loves his partner in crime, Regan, and their two pets Rey and Finn. Adam is a fan of Star Wars, NFL Football, and gaming in general. Follow Adam on Twitter @TheRexTano.
Related Articles: Superfuse
Share
Tweet
Share
Submit