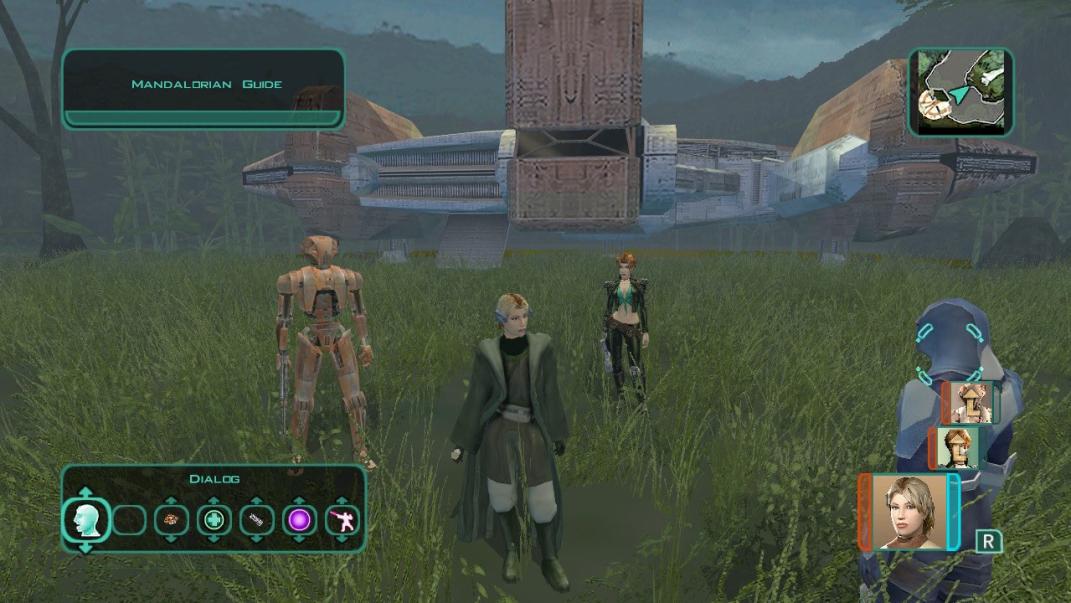 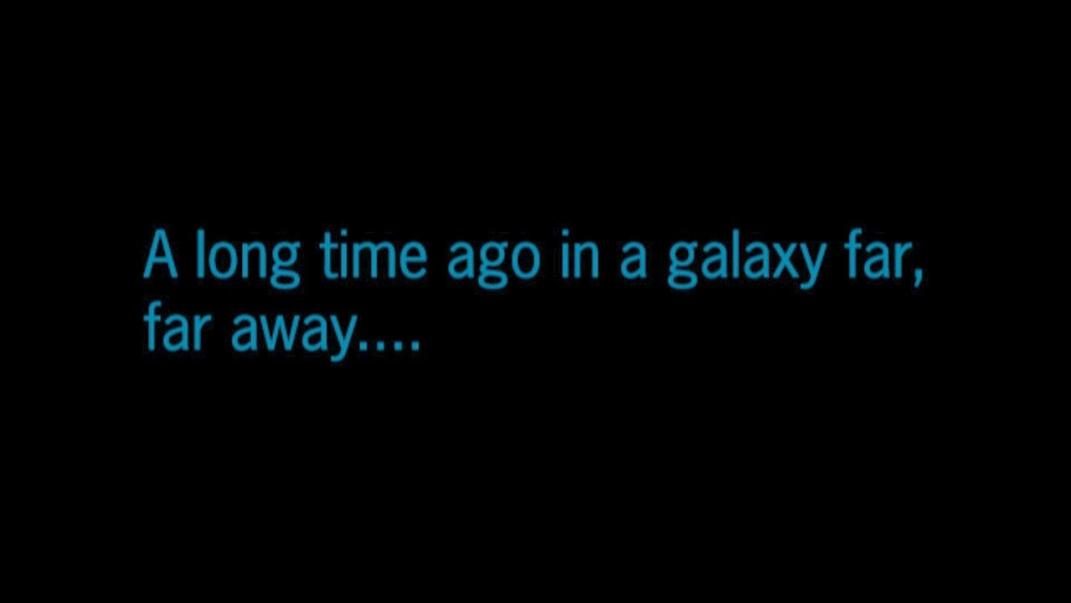 At this point, I have played the Star Wars: Knights of the Old Republic series on almost every available platform. I played the PC versions with my father when I was younger, played the Steam versions in college, played on Xbox for my Twitch streams, and played on my phone for fun. When I say I’ve put some hours into Star Wars: Knights of the Old Republic II: The Sith Lords, I truly mean I’ve put Skyrim-type hours into the game. So when I tell you that the Switch version from Aspyr could have been my favorite unmodded version so far, that means something.

Star Wars: Knights of the Old Republic II: The Sith Lords (called KOTOR 2 for the rest of the review) is the story of The Exile (known from Legends canon as Meetra Surik) and their journey on the Ebon Hawk (yes, the same ship from KOTOR) to reconnect themselves to the Force after being “stripped” of it after the Mandalorian Wars. Along the way, you meet many companions (up to 10 per playthrough) such as Kreia, the cryptic Force user who acts as your mentor; Atton, the overly witty Pazaak loving scoundrel; Bao-Dur, the tech savvy war veteran; and many more, including fan favorites HK-47 and T3-M4 from Knights of the Old Republic. One of the big selling points of KOTOR was the ability to guide some of your companions to the ways of the Force, and have them become Force users themselves. This happens through many conversations with the different characters, proving your loyalty to said characters, or even showcasing your strength to the characters. That being said, some characters such as Mandalore and the two droids are not Force eligible for one reason or another. The characters and the ability to turn them to the Light or Dark sides of the Force was a huge reason I loved this game so much to begin with, and why I continue playing every version that comes out. 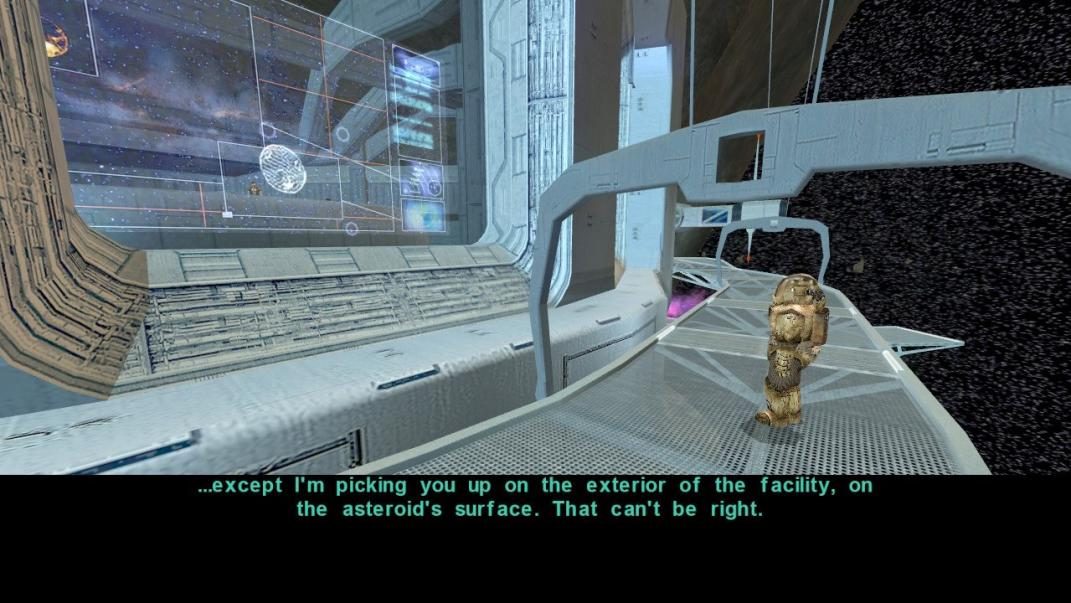 You travel to a few different worlds including Nar Shaddaa, Dxun, Onderon, Telos IV, Korriban, Malachor V, and Dantooine. Each of these planets have different looks and feels, but the objective is generally the same. Find the clues to The Exile’s past while trying to help (or hurt) as many people along the way as possible. The branching paths of Light and Dark side choices are pretty extreme. While the Light side choices tend to bring joy and hope to the situation, the Dark side choices tend to be simply murdering someone or just telling someone to get lost. While these choices don’t represent Jedi or Sith, it’s pretty clear the intention of the choices and the consequences that come from them. I personally dislike Dark side playthroughs because they just make me sad going from planet to planet killing people. A challenge I like to do however, is the Gray Jedi challenge where the goal is to remain in the gray area of the Light/Dark meter. This can be tricky, but choosing the right moment for “Dark side” choices can be a lot of fun, especially for fans trying to find something new to do with KOTOR 2.

I’d like to take a second to talk about KOTOR 2’s story. The story itself is fairly straightforward. Find the Jedi Masters responsible for your loss of the Force, reconnect with the Force, defeat the bad guys. What makes KOTOR 2 so brilliant, in my opinion, is how you get to those points. Kreia, with how belittling and rude she can be, provides theory and history about the Force as a whole: why it exists, for whom it exists, and how it can be used. Meanwhile, you’re learning about how war, the Jedi, and the Republic have affected the people of the Galaxy through the companions. Mandalore tells you how the Mandalorian wars changed his people and how he intends to bring the Mandalorians back to glory. Atton and Bao-Dur show you what happens to the foot soldiers after war is over. The PTSD they deal with, and the trauma they went through. Characters like Visas and The Handmaiden, meanwhile, show you how the Force has been broken and used negatively, but in different ways by those Force users remaining in the galaxy, both “Light and Dark.” Here is where the complexities of the story lies and where your choices matter. You can lead your companions towards the dark or the light and each will change their stories forever. How do you change them throughout your journey together? While the game’s ending was … lacking … it does give you enough to understand where each companion ends up. The characters and the interactions are so vital to your experience with the game, how will you play KOTOR 2? 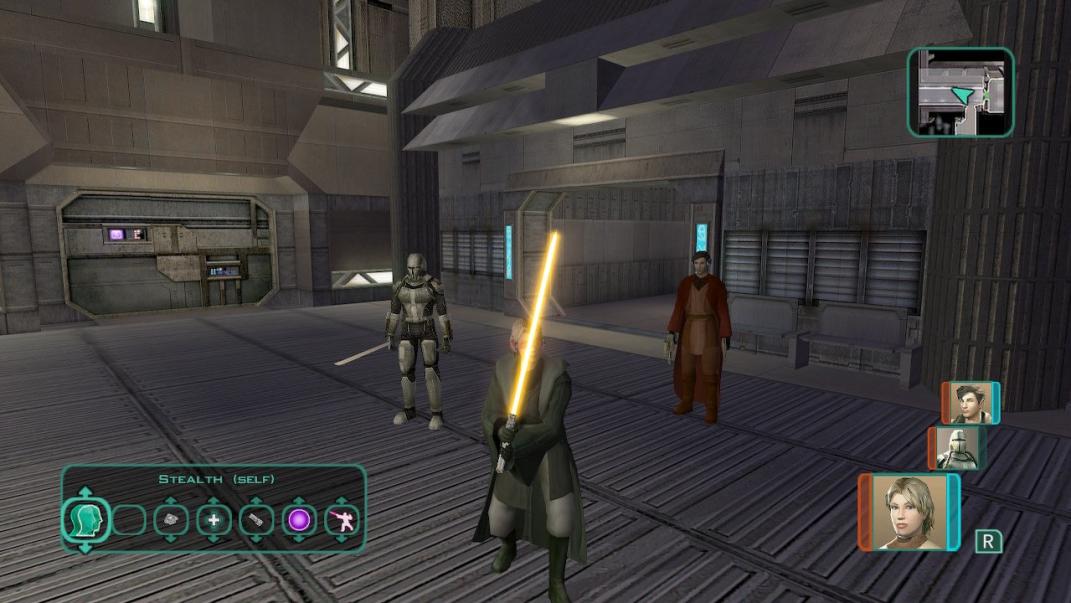 Gameplay was very smooth on the Switch. I never had any issues seeing while in handheld mode, and everything looked equal to (if not better than) the Steam version unmodded. I was worried that it would feel like the mobile version of the game which felt hard to maneuver at times, but Aspyr did a great job sizing everything to fix the Switch’s screen size. There was also never an issue with stuttering during combat during my playthrough of the game, which is an improvement from the XBOX release of the game. Load times are faster than XBOX and Mobile, while equal to the Steam version. Overall, with how smooth the game runs and how great the story is already, it was a great and fresh experience with a game I’ve played so much. Until… 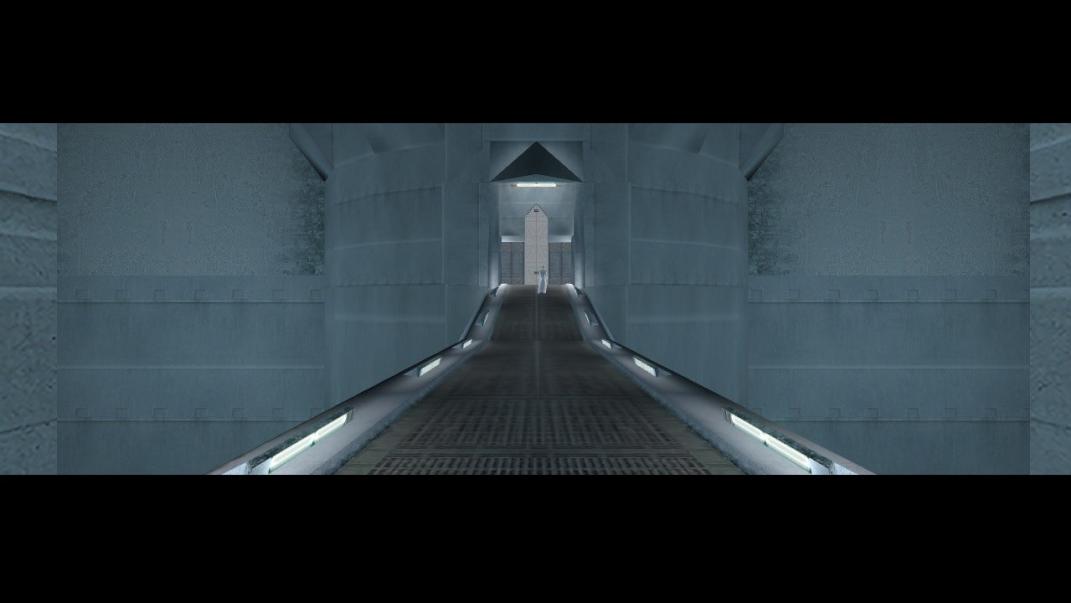 In 2005, when the game first released, it was during an era of Star Wars games where we were getting 2-3 games a year, so unfortunately, they rushed the developers for KOTOR 2. That being said, the game was simply unfinished. We missed out on many story arch endings, an entire Droid centered planet, and some cool character side missions and dialogue (quite a lot for HK-47). That being said, it seems like this Switch version replaces some key issues from the other versions I’ve played with other key issues. With that, when it comes to glitches we have some good news and some bad news. Good news is, a lot of the game breaking glitches from the Steam/PC/XBOX ports aren’t there. I didn’t get stuck on Nar Shaddaa during the Trandosian Raid. I didn’t get a game breaking glitch on Telos IV making me redo everything I had done the past four hours. They even got rid of that annoying hum glitch that was in the Steam version while on the Ebon Hawk. The bad news is that I found a few new glitches. One of them, sadly, was game breaking. On Peragus II (the opening area of the game) I ran into a glitch where if I let a single Sith Trooper onto the Ebon Hawk, it would make me redo the fighting on the ship over and over. It happened on multiple restarts, so the simple fix was just not letting any Sith Trooper on board. Another issue I had were crashes every two to three hours of gameplay. The game would just crash randomly, with no triggers that I could figure out. That being said, that may not be a problem for too long. The big one, however, came late game when The Exile returns to Dxun and Onderon. I made my way through the first half of the sequence, getting into the Sith Temple on Dxun. Once the story progressed and you moved on to the Assault on Onderon, the game just crashes. I tried everything from different character combinations before leaving, reloading saves from earlier in the game, replayed the entire return to Dxun mission. Each time, I got the same thing, as soon as you see the cutscene for the basilisk war droid the game just crashes. This, sadly, ended my journey in KOTOR 2. But there is hope, or there could be…

Aspyr announced during the trailer the inclusion of The Sith Lords Restored Content DLC in the future. If this is anything like the Restored Content Mod from the Steam Community, this will fix almost all the problems the game has while adding at least four hours of gameplay from the HK-47 side mission. In this DLC will be expanded crew conversations and interactions, hopefully adding some much-needed love to characters such as Visas and Bao-Dur. I’m very excited to have this DLC added to a console port, allowing for many of my Non-PC friends to enjoy KOTOR 2 at the closest to a “finished version” we will probably ever get. 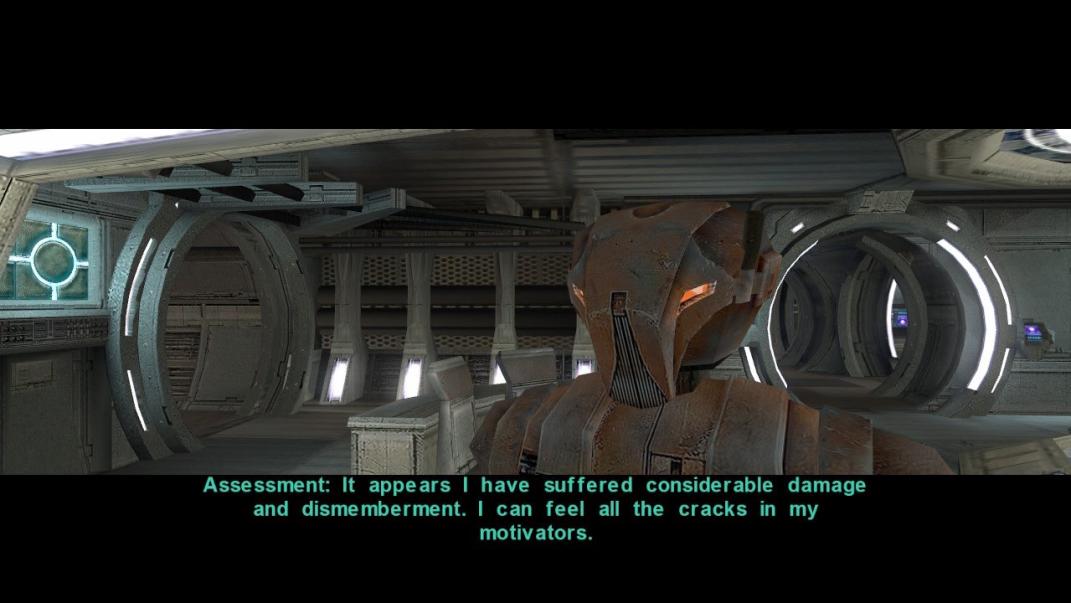 Due to progress-stopping glitches I’ve run into, this will be a review-in-progress. Once the DLC comes out and we see if they are fixed and what The Sith Lords Restored Content DLC has in store for us; we’ll give it a final score. KOTOR 2 has a place in my heart few games do and having a way to play the game myself in its best version while being able to show my friends in a non-broken way, would be absolutely amazing.

Adam is a musician and gamer who loves his partner in crime, Regan, and their two pets Rey and Finn. Adam is a fan of Star Wars, NFL Football, and gaming in general. Follow Adam on Twitter @TheRexTano.
Related Articles: Star Wars: Knights of the Old Republic II
Share
Tweet
Share
Submit