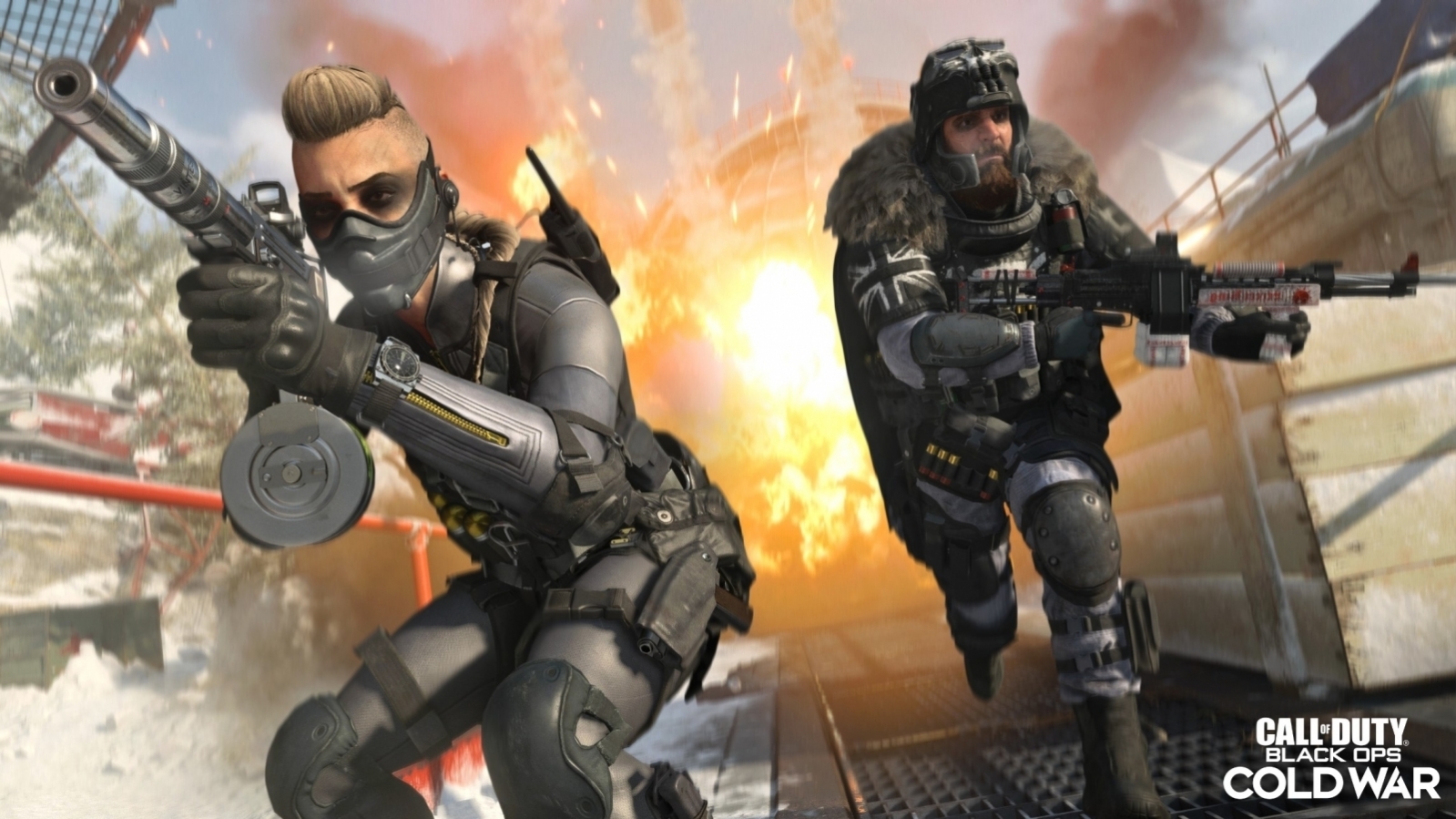 Usually I hit these a lot earlier, but vacation came around right as the new season hit. With that in mind, as well as a big map in Standoff hitting at the mid-season point, I figured it wouldn’t hurt to wait to dive into what makes Season 3 tick. While the season began with a bang that was much more entertaining to the Warzone crowd in the destruction of Verdansk, Season 3 has really rounded itself out in all areas, and it feels like the Standoff 6v6 map is a big reason for that happening.

I’ll be honest, as much as I’ve enjoyed the multiplayer for Black Ops Cold War, this season felt like more of the same. I like the new maps (which we’ll get into momentarily), but the PPSh-41 felt a bit oversold and, in my opinion, none of the maps are suitable for good sniping, meaning the Swiss K31 goes somewhat unused. This created a void- mainly feeling like I didn’t have much to work towards, and besides the competition aspect of learning new maps I felt left hanging. The mid-season update however re-introduced the classic Standoff map, and brought with it the CARV.2 tactical rifle, and both of these feel like a breath of fresh air that will sustain us until Season 4.

Let’s start with the maps from the beginning of the season. Diesel is an arid, sandy gas station in the middle of nowhere New Mexico, and Yamantau goes the opposite direction with a secret mountain base covered in snow. Both of these run smaller, feeling closer in size to say Crossroads Strike than Checkmate. Black Ops Cold War has done a good job of making more medium sized maps rather than only large or small, but these feel more compact, which is a good thing given most have felt grander in scale. I play more as a submachine gun slayer than posting up as an AR, so these maps fit me better.

The other thing that benefits both maps is the sightlines. Some maps have issues of either being just an assault rifle playground (looking at you Checkmate) with no simple flanks, or there is so much cover an AR is constantly at a disadvantage (Miami Strike isn’t completely like this, but close). Both Yamantau and Diesel feel balanced for the most part, with places for ARs to post up and routes for subs to learn to beat even the campiest setups. There is a lot of learning to do here, but it’s possible to run these maps with about anything, besides maybe a sniper (which we discussed earlier).

Now, the PPSh-41, further referred to in this piece as the PP (yes, we’ve been middle school giggling into our headsets since the gun launched, leave me alone). I was so pumped to pick this gun up, only to have it nearly fly out of my hand due to recoil from the first shots. I have the thing maxed out, but I don’t see myself going back to it or it becoming a part of my arsenal. The PP feels almost impossible to control due to said recoil, and even with the attachments would take great coordination to fire accurately. Even worse, it functions exactly like you’d expect a sub to perform, doing it’s job at short range but damage falling off sharply at long distances. With a gun like the LC10 being a fantastic part of the gun roster already and better at long range with less recoil, I don’t feel like the PP is a necessary piece for your dominance in Black Ops Cold War multiplayer, but some may stick with it due to nostalgia.

Now, as I’ve said before, nostalgia is a heck of a thing. While I can’t appreciate it as much due to my absence from Call Of Duty multiplayer from Modern Warfare 2 to the Modern Warfare reboot, playing Standoff has been an incredible experience, and I acutely understand why so many pro players are clamouring over it. This classic map features the normal three lane layout, but is much more boxy in design. Playing it honestly feels like playing a different game completely, and it’s a wonderful thing. Developers can throw in classic maps in lazy fashion, but this is the right way to do it.

Standoff somehow manages to be the perfect map to play however the heck you want. If you want to use a sub, there are a ton of flanking lanes and hallways or rooms to move through to get your shots. Do you like to run an AR, an LMG, a tactical rifle? It works. Even snipers feel at home on this Standoff. For all the maps where it feels like something just won’t be usable, on Standoff everything is applicable, and I love it.

One of the weapons I’ve been trying to get a feel for on the longer range maps has been the CARV.2, the new tactical rifle. It certainly looks way more futuristic than the 1984 setting, but it fits what 1984 might have thought futuristic would be. This rifle fires like an M16 (burst shot), but it feels a lot quicker than most of the TRs do. I’ve watched people running around with the thing like an SMG, and while I haven’t figured out what attachments they’re using to amp up the speed, it’s definitely on another level compared to its counterparts in the M16 and AUG. I see this one getting nerfed in a pretty short period of time, just hope I have the time to max it out.

Lastly, let’s talk a little bit about the battle pass and the 80’s Action Hero event. Treyarch has done a decent job with these passes, and the thing is, if you play the game all the time, it’s totally worth it. You can earn your money back, along with a ton of weapon blueprints, operator skins, double xp tokens, and more. There are some cool highlights on the list, with my favorites being the Roman Opulence and Standard weapon blueprints, along with a killer mastercraft reactive blueprint in the Loud Pipe.

The craziest addition to the mid-season Reloaded update by far has to be the 80’s Action Hero event. Two new operators, not just skins, have been added in Rambo and John McClane, hailing from the Rambo and Die Hard movies. Not only do these look awesome, they include plenty of iconic weapon blueprints in their bundles, and come equipped with movie lines. Treyarch didn’t stop there either, adding locales from the movies into Warzone including survival camps, a CIA outpost, and even freaking Nakatomi Plaza! At this point I’m just hoping to eventually get a 6v6 map in a floor of the iconic building, but I assume Warzone will be the landing spot for anything like this going forward. After what Fortnite has accomplished with licensed material in their games, Call Of Duty is looking to cash in. If they keep adding things this way, it will work out to perfection. Anybody rooting on getting a Mel Gibson Mad Max operator?

This season has certainly been a tale of two halves, with a good but slow first half leading into an “action-packed” second. It also seems as though zombies are a little bit AFK for the moment, with only the addition of the Duga map to Outbreak mode. But even with the slow burn this season has seemed to follow, it seems as though we’ve simply been watching a long fuse headed towards a heap of dynamite. The real question is when to expect the boom, and I think we’ll be seeing that soon once Season 4 begins.