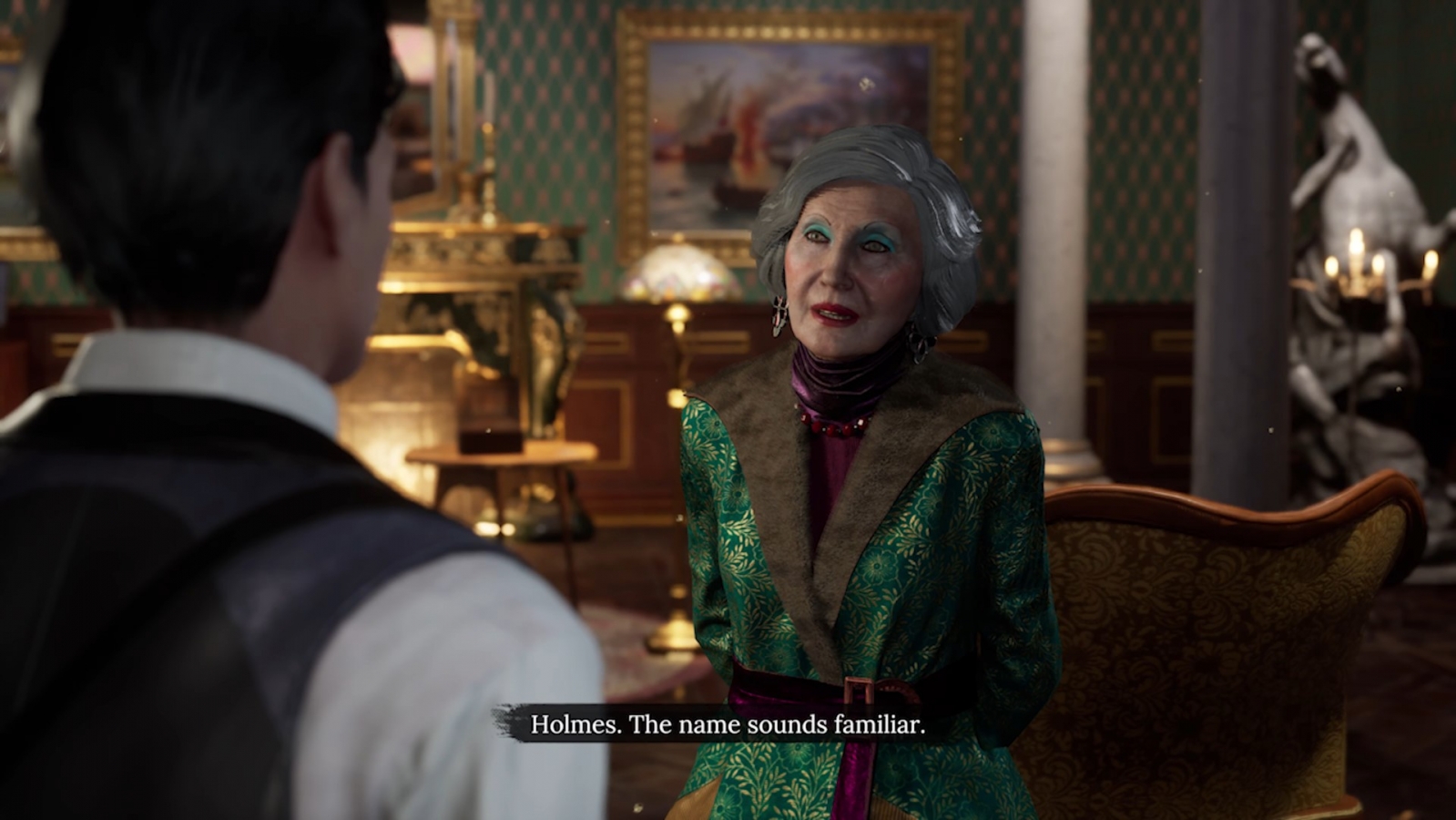 I’ll be honest with you right up front, this one is going to be a bit short. With Sherlock Holmes: Chapter One dropping a nearly forty hour experience on us in it’s brilliant release (our review here), one might have expected large portions of new story to arrive once the DLC started flowing. Now that the first content has been made available, it’s time to dive into the next page in this chapter of one of our favorite detectives. At only $4.99, I guess I should have realized this mission would only last a paragraph.

Sherlock Holmes: Chapter One - First 10 minutes of Beyond A Joke DLC in 4k on PS5 - [Gaming Trend]

Instead of continuing on about my disappointment in the lack of additional deduction (believe me, the game is so good I just want so much more of it), let’s chat about what this adds to the package. Beyond A Joke starts with Sherlock overhearing some goings on in Grand Saray. Apparently, there’s been a few burglaries happening around the same time of several magic shows. Obviously, the magician is a suspect, but the police don’t have a lot to go on. You are well on your way to being one of the greatest minds of your time, so it’s time to pull out your thinking cap and get to it.

What ensues is sadly one of the shorter side missions of the game, akin to something you’d pick up from the police station bulletin board. You’ll go to the three different crime scenes, examine them, and within a few minutes you’ll be able to put together what happened. Beyond this, the thief has left some clues as to their whereabouts, and upon putting that together you’ll drop into a bandit den and fight a few of them in order to make up your conclusion. I’m not upset with what’s present, but man, being someone who loves Chapter One I really was hoping to be playing longer than I did.

Where this DLC doesn’t disappoint is giving you the same fun gameplay you’ve already experienced, as well as introducing you to some fun characters, even if one in particular feels like a bit of a copy. Starting with the latter, one of my favorite people to chat with in this story is Lady Miriam Calf, a rich woman who’s husband is off around the globe as an archeologist. She’s obviously having the time of her life, throwing ridiculous parties and is seemingly enjoying her freedom without pushing the boundaries of said relationship. That’s more than I can say about the uncomfortable party I attended earlier in the main narrative where all kinds of debauchery was going on. The character that doesn’t land is the great Alonso, the magician being accused of all of what’s going on. I don’t want to spoil his arc (if you can call it that given the brief encounter), but it too closely resembles a previous revelation in the “A Gilded Cage” mission, and it doesn’t feel as well done. 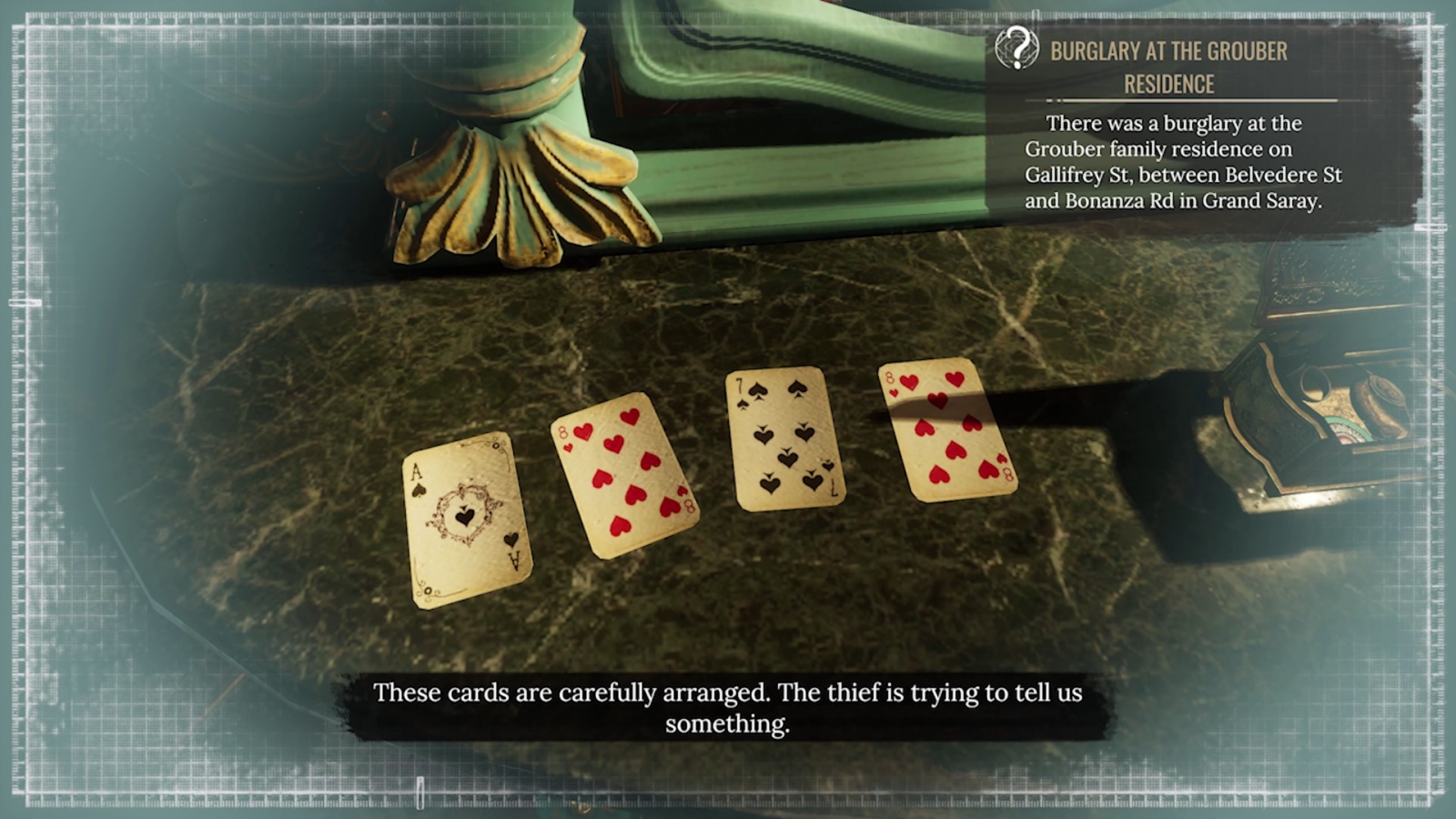 As for the gameplay, the game doesn’t tread anywhere you haven’t already been. You’re going to go to each of these places, survey the crime scene, click on a few things, piece together what happened, and use that to make your deductions. Because this isn’t a large content drop, you won’t be using the mind palace to put together everything. It feels a bit like a pre-order DLC that I was able to buy on the side, and even though the price fits I’m still wishing for more. Like Sherlock doing a magic show or something.

Speaking of the ending, it closes out in an abrupt manner, finishing up the story in a way that leaves you wondering if any part of it will continue. I kind of wish it didn’t feel so closed off: this could have been the first part of a longer story. As far as I can tell, there are only two other drops incoming, Mycroft’s Pride and M for Mystery, so they don’t seem like they align with where Beyond a Joke went. 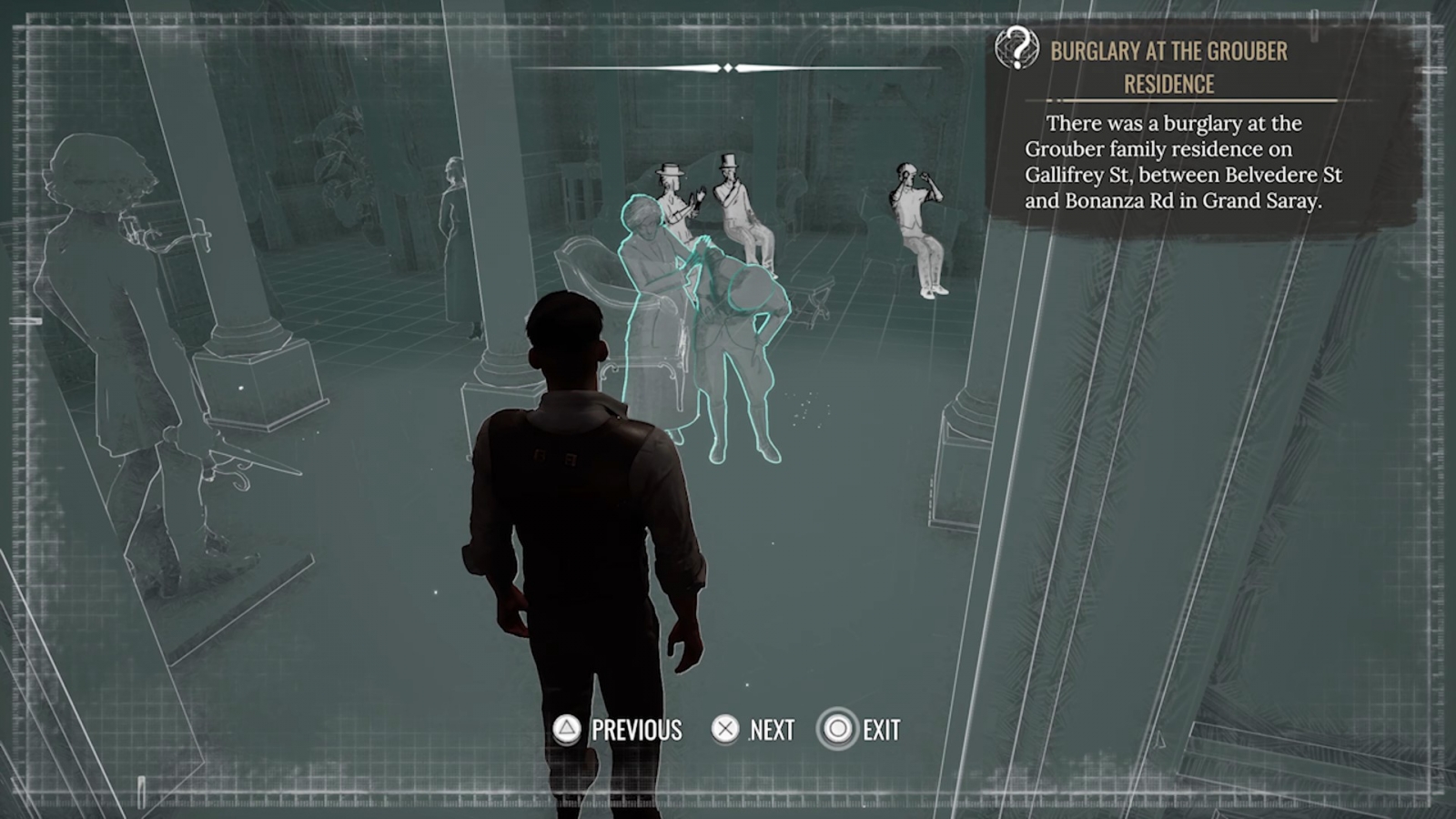 Overall, this DLC is a mixed bag. It gave me more Sherlock Holmes, which is what I wanted. But given it falls under the smaller side case structure, I was left somewhat disappointed. Of course, my sorrow lies completely in already being finished with this story, with my best comparison being eating a few saltine crackers when you want a full meal. There’s hope that the other incoming DLC might be bigger, but until then I’ll just have to dress up as a magician (if only the DLC came with a magician’s outfit) and try to conjure up more of this exceptional game.

David Burdette is a gamer/writer/content creator from TN and Lead Editor for Gaming Trend. He loves Playstation, Star Wars, Marvel, and many other fandoms. He also plays way too much Call Of Duty. You can chat with him on Twitter @SplitEnd89.
Related Articles: Sherlock Holmes: Chapter One
Share
Tweet
Share
Submit