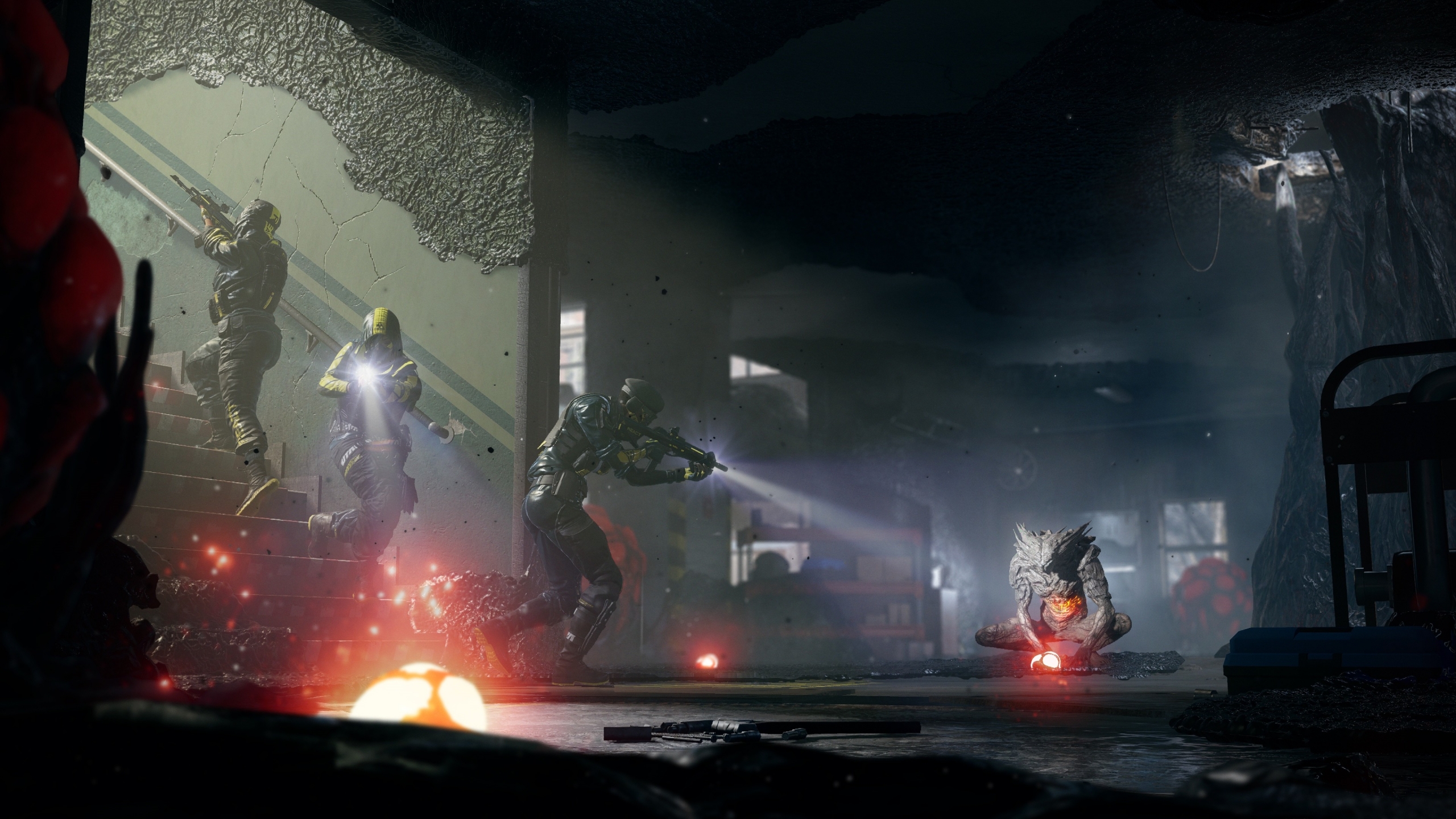 Rainbow Six: Extraction is Ubisoft’s latest tactical multiplayer co-op shooter installment in Tom Clancy’s Rainbow Six series, and a spin-off to Ubisoft’s highly successful title, Rainbow Six Siege. In Extraction, a new parasitic alien race known as the Archaeans has surfaced and threatens the fate of the world, so it’s up to the new Rainbow Task Force known as the Rainbow Exogenous Analysis and Containment Team, or REACT, to combat this threat.

Much like Rainbow Six Siege, each mission (referred to in the game as Incursions) begins by selecting an available map with your squad and choosing one of the 18 available operators seen in Siege. Each operator has their own unique set of weapons and gadgets. For example, Sledge’s hammer that can break down walls and stun enemies, and Alibi’s decoys that can be used to distract surrounding enemies.

Additional similarities to Siege include the character’s movement style and slow speed, the ability to reinforce walls and doors, and the ability to use recon equipment such as drones to scout out the map. Like Siege, the game’s missions are also structured similarly. Incursions consist of three randomly selected objectives, which are done sequentially and are spread out between three procedurally generated sub-maps. Objectives include, but are not limited to, extracting critical intel from contaminated zones, hunting down an elite Archaean, or extracting an operator from a contaminated nest. 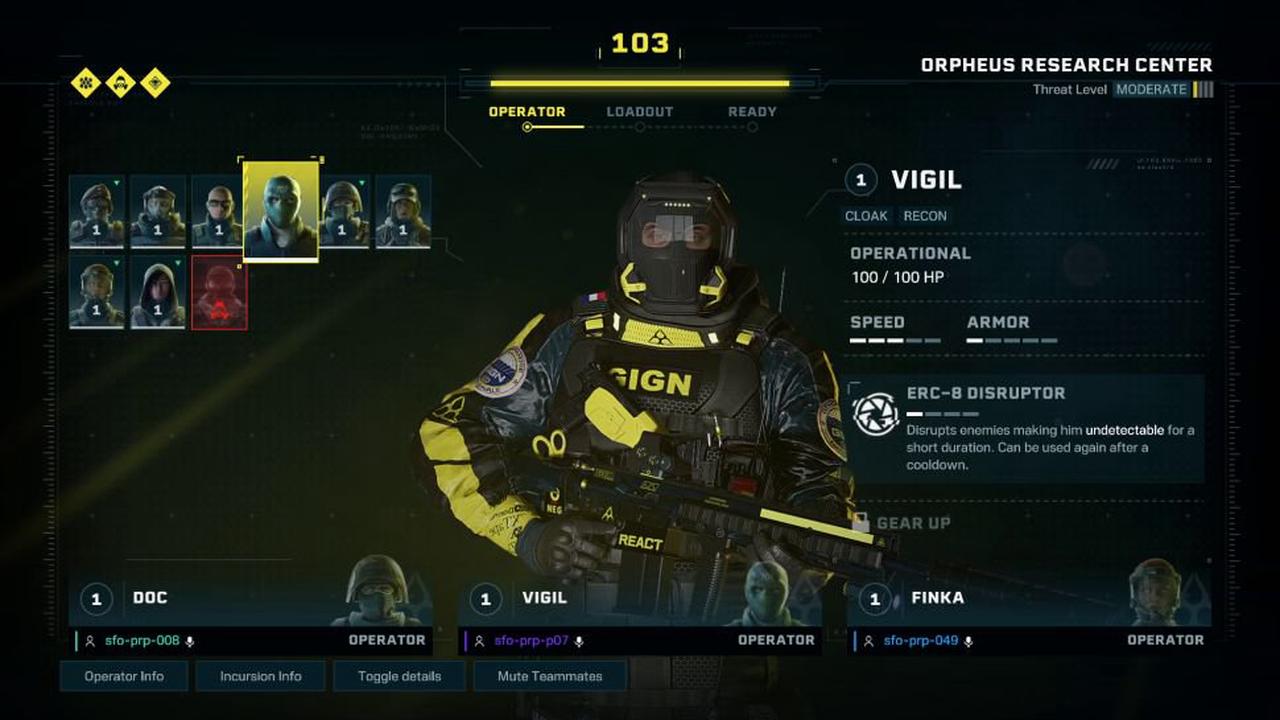 After completing an objective, players move on to the next sub-map to tackle the next objective. It’s also worth mentioning that each objective is more challenging than the last, with the final one usually being very daunting. Players should expect to face all manner of deadly Archaeans, all of whom have their own unique set of abilities to make your life miserable. Archaeans are grouped into 5 types: the Sower, which lays explosive traps; the Tormentor, which bombards you with deadly and annoying projectiles; the Lurker, which can make itself and other Archaeans invisible; the Bloater, which explodes toxic gas; and the Apex, which not only deals a ton of damage but also summons other Archaeans to the fight. These formidable creatures put up quite a challenge and can easily overwhelm your whole squad with their sheer numbers and spawn rate. In order to succeed, squads will need to be both highly coordinated and fast to clear each objective.

Sadly, due to some restrictions, we were only able to play through the Hot-Zones prior to the game’s launch, with each map consisting of three separate zones. Each zone is teeming with Archaeans and are comprised of the missions mentioned earlier. These missions can be played solo or with a group of two to three people and have four difficulty settings to choose from known as Threat Levels. Threat levels range from the easiest, “Moderate”, to the hardest, “Critical”. However, regardless of the difficulty setting you to choose, these modes will always put your team through the wringer. Enemies are easily alerted to your activity and are relentless. Some objectives aren’t easy to find, and each mission is on a strict fifteen-minute timer. Don’t be surprised if you find yourself and your team struggling at first, as many tactical approaches will be needed to succeed. Also, I found that these modes aren’t nearly as fun playing alone compared to playing with a dedicated team. It just feels like a daunting and soulless task even after completing all of them. 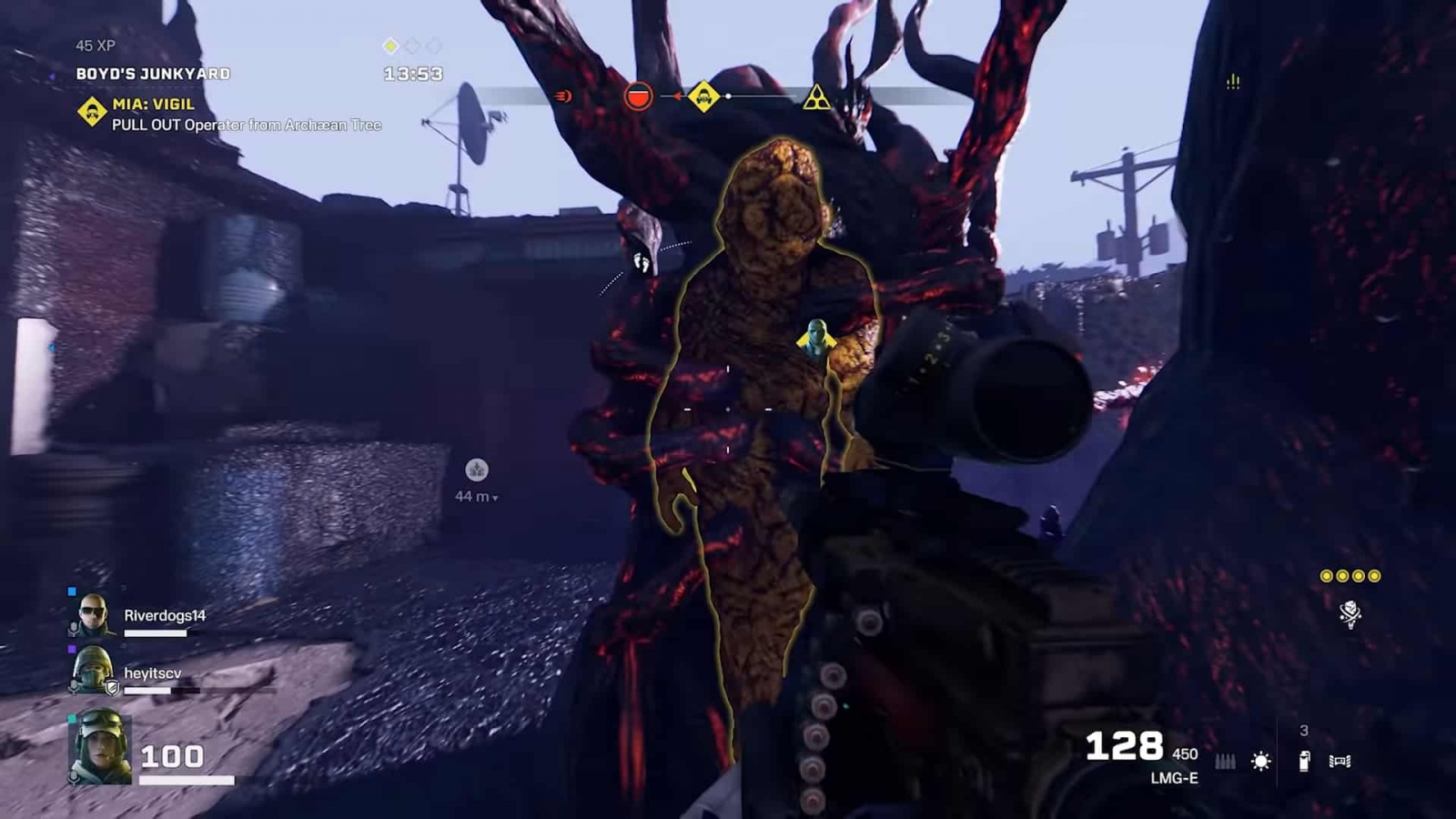 To make things even more challenging, if you happen to fall in battle, your operator will enter a stasis form: they’ll be tagged as MIA and will be unable to be used in the next mission until they are rescued by another operator and team, and the rescue is a mission on its own. While I found this mechanic unique and interesting, it was inconvenient at times, especially with different operators being needed for specific mission types. Luckily, even if you were to fail the rescue mission, they’ll still eventually regain their availability, but with 0 XP earned in whatever mission they were used in.

Visually, Rainbow Six: Extraction is quite a looker on PC, at least with its cutscenes and animations, as otherwise it looks just as good as Siege. Regardless, its still worth noting that the game sports detailed models on characters and objects, a contrast of vibrant and dark environments, and unique enemy designs. Extraction also supports uncapped frame rates, ray tracing, Nvidia Reflex, a Vulkan API option, and full DLSS support for performance mode and crisp visuals. I’m also pleased to report that I didn’t encounter any frame rate drops or technical bugs at the time of writing this review. 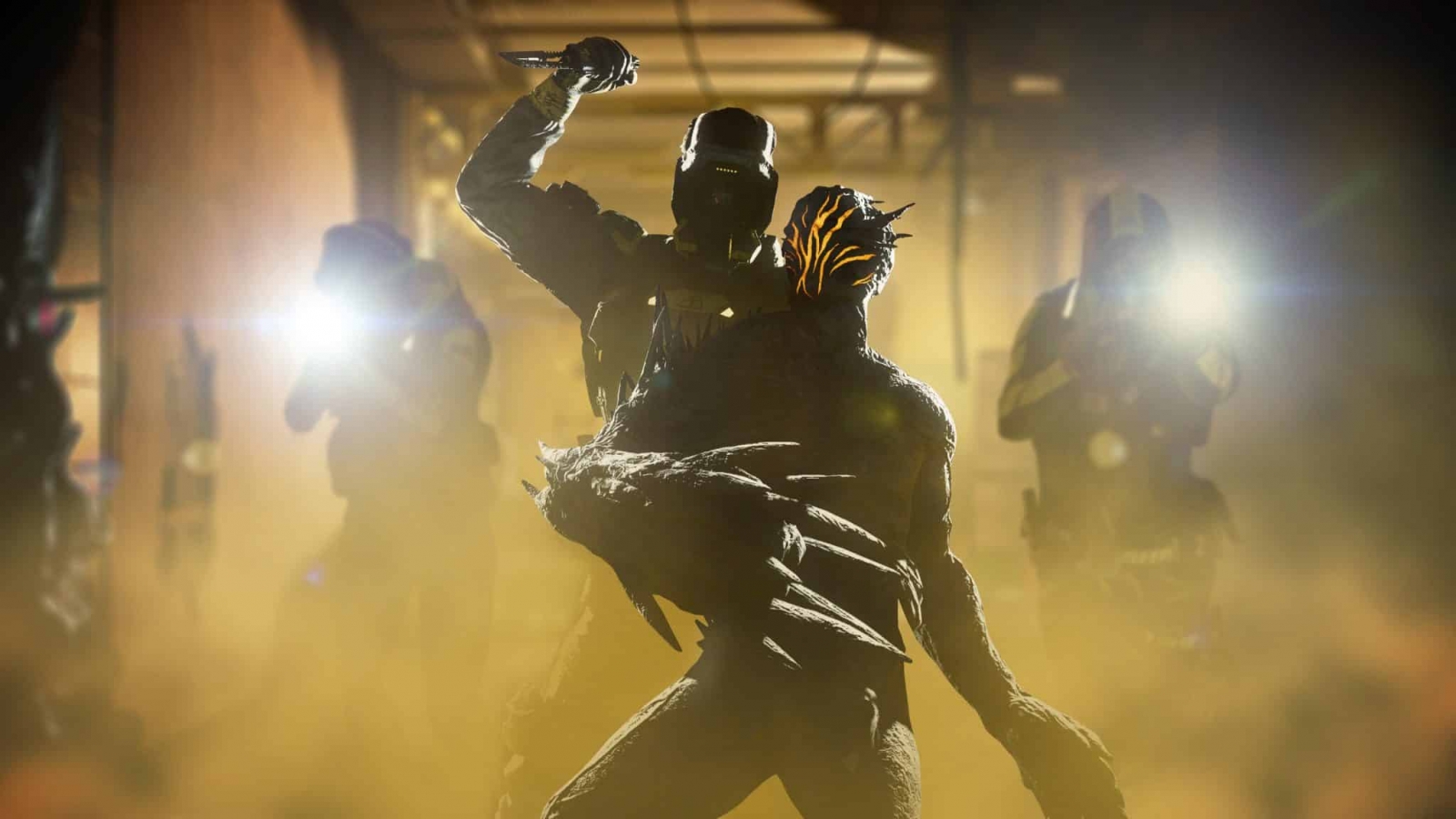 Overall, Rainbow Six: Extraction offers a balanced experience so far. While we couldn’t experience all that the game had to offer yet, the little we did provided a significant bit of challenge, variety, and engagement. However, before any recommendation can be made, I’ll be sure to post a full review when we’re able to experience more of the game.

Abdul Saad is an avid gamer and computer geek. He's been writing for four years on news, reviews, previews, and more on multiple gaming sites. When he isn't writing or playing the latest JRPG, he can be found coding games of his own or tinkering with something electrical.
Related Articles: Rainbow Six Extraction
Share
Tweet
Share
Submit