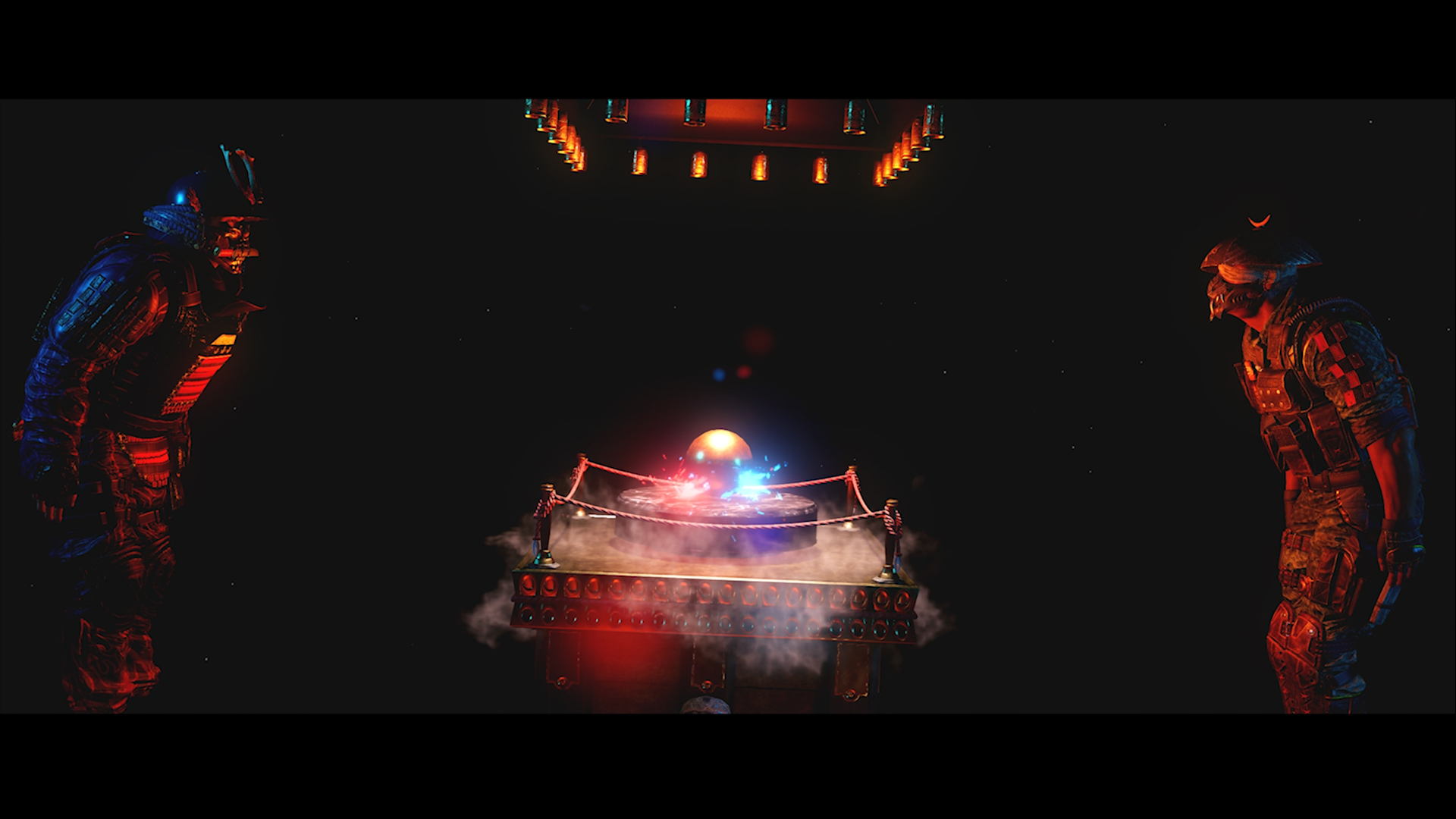 The team at Ubisoft Montreal has struck again in the new Rengoku mode in Rainbow Six Siege. In ten-minute rounds, two teams of five go head-to-head in one of the most intense and fast-paced modes yet. With unlimited respawns and no friendly fire, this mode is sure to be a hit with any knife-throwing enthusiasts.

The objective of the game is simple — gain Favor. There are 8 altars scattered around the map. However, only 3 are active at a time, and the active alters change every 2 minutes. Teams gain Favor by capturing the altars and lighting their flames, which is done simply by standing within proximity of the altar. The goal is to reach 300 Favor or have the most Favor by the end of a 10-minute round. But make sure the enemy team doesn’t take your altars, or you’ll have to reclaim them. 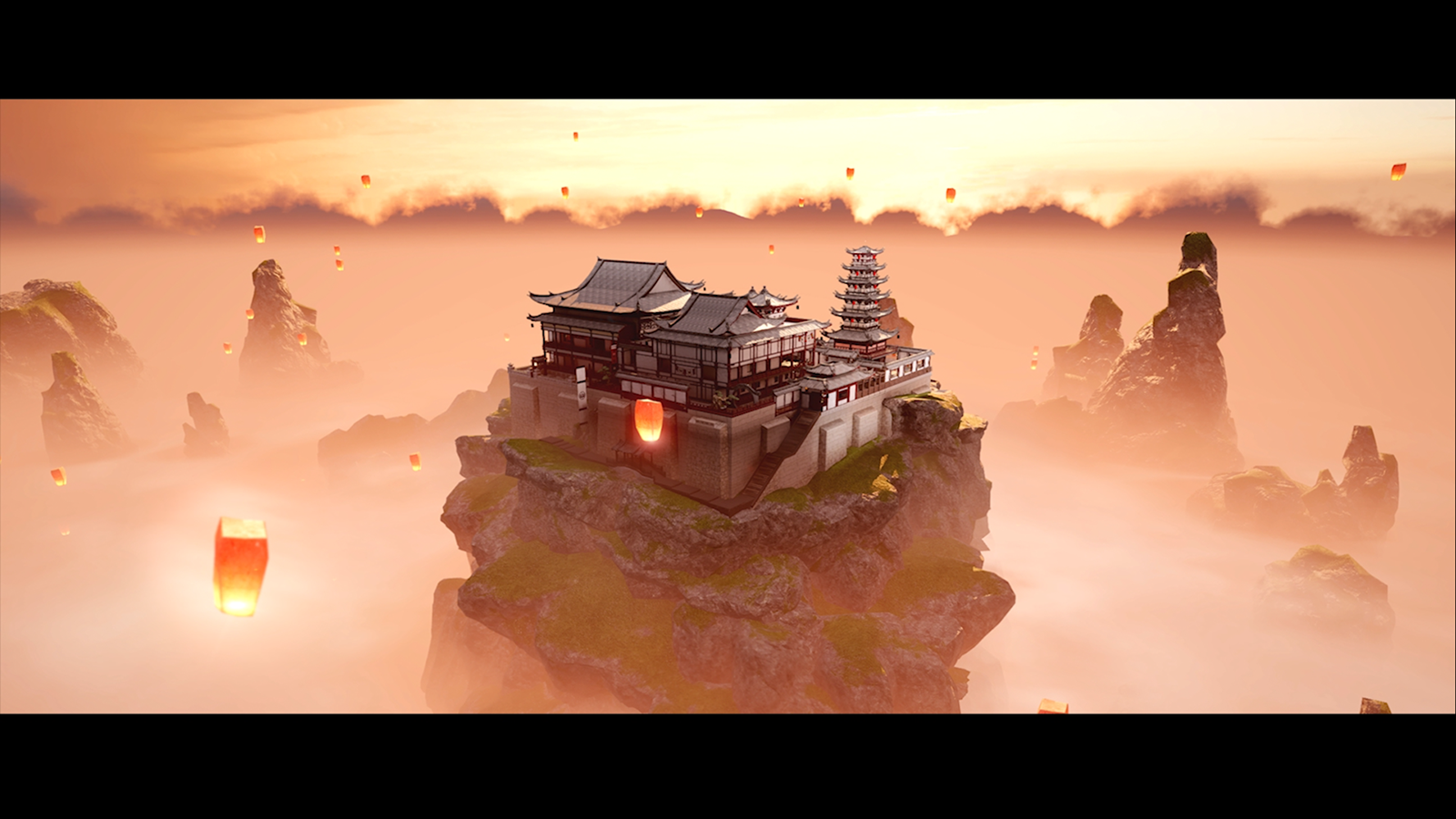 We return to the map Skyscraper, which first dropped back during Operation Red Crow (Y1S4), but it’s been transported now to the top of a majestic mountain, high above the clouds. The mode pits two teams against each other, the Devoted vs. the Possessed, and players get to choose between a handful of operators selected for the mode. For the Devoted, this would be Bandit, Kapkan, Maestro, Rook, and Thunderbird. The Possessed players can choose between Zofia, Fuze, Osa, Twitch, and Capitão.

All operator-specific abilities are absent. In their place, players are armed with shotguns and handguns. Shotguns will definitely be your go-to weapon in Rengoku. With players having 200 health, handguns do very little to even make a dent in that and should really only be used as a last resort. Players will also be equipped with kunai, the signature weapon/gadget of the latest operator, Azami. Everyone gets an explosive kunai but then also gets a special kunai, depending on which side they are on. One side chooses between fire and poison mist kunai while the other chooses between flash and knockback kunai.

Skyscraper has proven to be the perfect map for Rengoku. With short-ranged weapons, Skyscraper’s smaller rooms, tight corners, and overall close-quarters, gameplay becomes very frenzied and hectic. It’s like playing a horror game with how many times you’ll get jumpscared when someone comes flying around a corner. You are also able to run outside to flank opponents. You have to be quick on your toes (triggers?) and check all your corners so you don’t find yourself on the unfortunate end of a blade.

While absolutely crazy, the gameplay is also satisfying. I’ve never done well before with knife throwing in games, but in Rengoku, there’s nothing more satisfying than landing a perfect throw. All kunai hits are one-hit-kills, so don’t miss, or you’ll likely be the one getting smoked. You don’t have to worry about running out of kunai as they do regenerate. My only gripe about the mode is that some of my deaths to the kunai happened what I felt was well after I had managed to get behind cover, so there is some concern about the hitboxes. 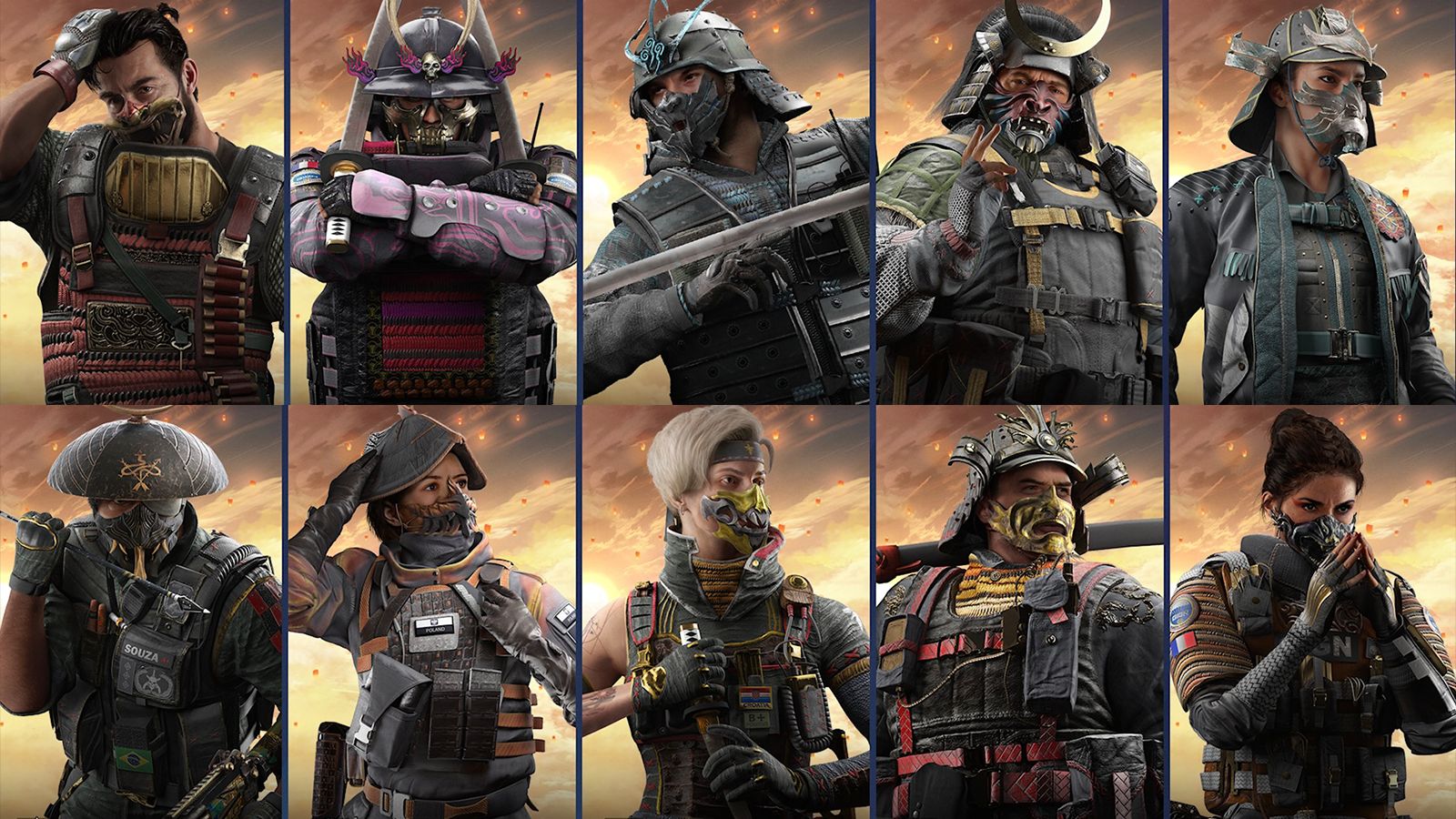 With the mode, of course, comes all new cosmetics to unlock. These can be collected in Rengoku packs which you can earn by completing weekly challenges; however, most of them will have to be acquired by purchasing them using either your Renown or R6 Credits. The Rengoku Collection contains the usual assortment of items you would expect, including new uniforms and headgear for operators played in the event, as well as skins for your guns, a new charm, new event-inspired portraits, and a new card background.

We are less than a week into Rengoku and it goes on for another two weeks, so there’s plenty of time for you to jump in and start throwing hands (and knives). This mode has been a ton of fun so far, and I fully plan to acquire all of the goodies they have to offer us. The whole aesthetic of this season and this mode is one of the best I’ve seen since I started playing Siege over 6 years ago. The mode is so fun to play, though admittedly frustrating at times when I’m just getting hit left and right, but overall the experience is very fun.

Cassie Peterson is an Editor for Gaming Trend but also a sporadic content creator and exceedingly average Rainbow Six Siege player. She goes by MzPanik on Twitter and Twitch and all of the gaming platforms.
Related Articles: rainbow, Rainbow Six Siege
Share
Tweet
Share
Submit