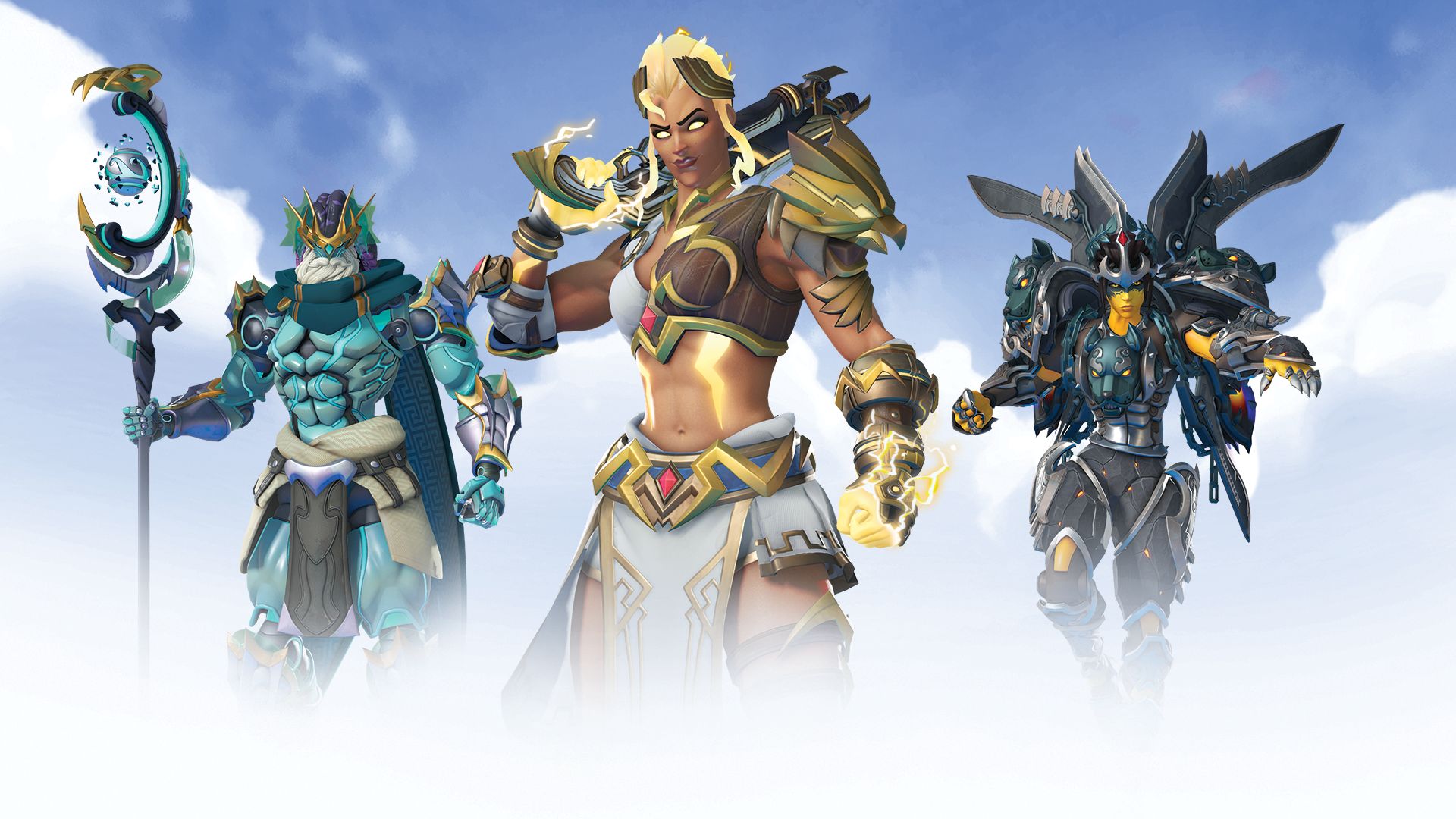 Overwatch 2 Season 2 Impressions – The favor of the gods

It’s crazy to think that we’ve already made it to Season 2 of Overwatch 2! The long awaited sequel (more like a big remaster) has already been out for just over 2 months. A group of us here at Gaming Trend got to preview the season before its launch, for which you can read our general consensus from the one and only, Ben Lombardo, and check out the gameplay on our YouTube channel. Now that the season is finally out in its full glory, let’s talk about what you have to look forward to.

Obviously front and center we have our new hero, Ramattra. Ramattra is the newest addition to the already loaded lineup of tank heroes in Overwatch 2. As Ben put it, “He’s a big beefy Omnic that’s clearly suited to the new meta of survivable tanks…” While this wasn’t necessarily the case for my particular experience playing as Ramattra, seeing him in the more capable hands of my colleagues showed me that this new hero is definitely a force to be reckoned with. I’ll just stick to Sigma, myself. I, personally, find him to be a bit squishy and I wish his barrier didn’t have a timer. However, he can surely pack a punch. 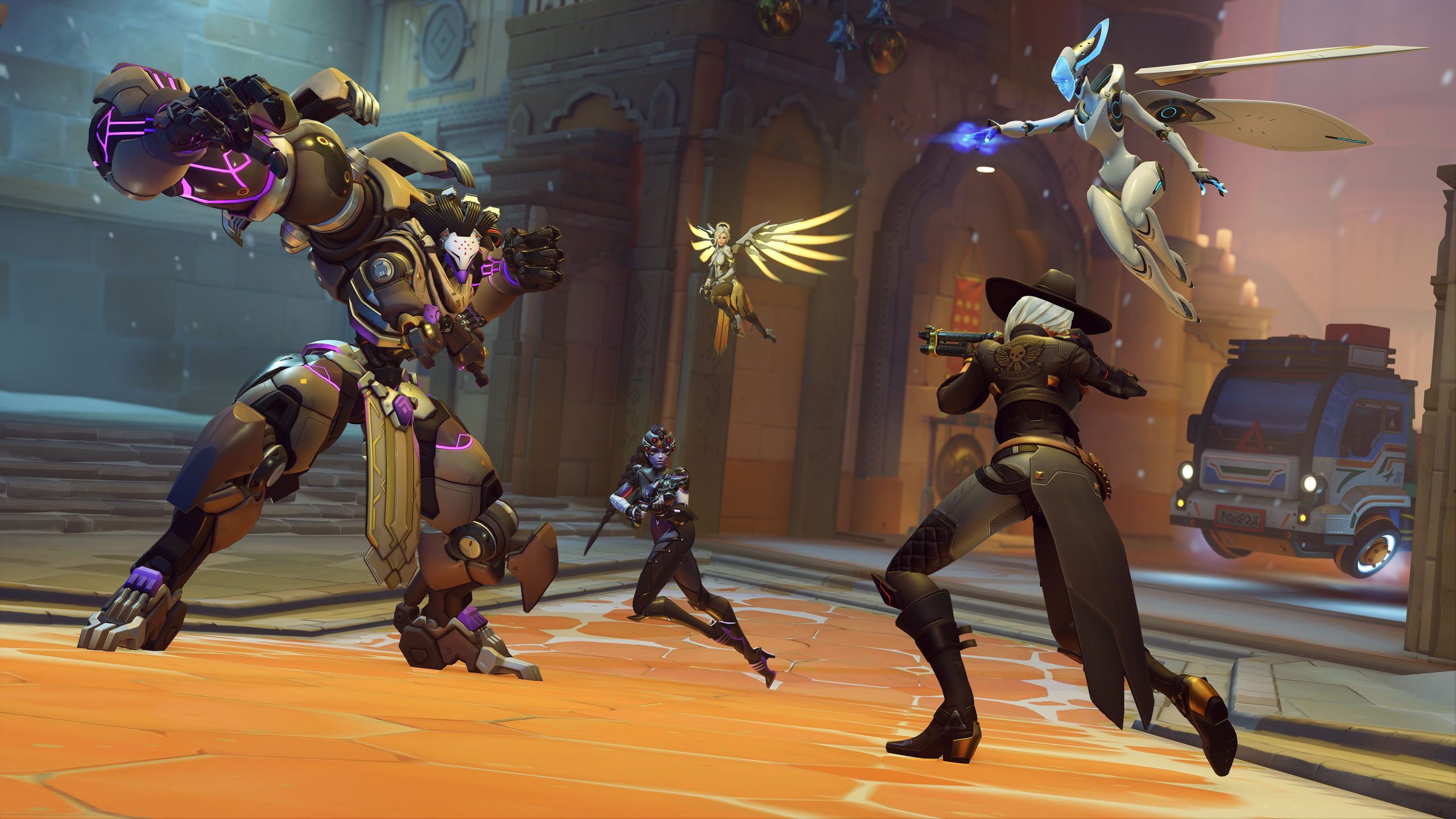 The new season brought in loads of new content on top of that. We’ve got a new escort map to explore, the Shambali Monastery, which features a winding path that was once walked by Omnic refugees seeking shelter and safety. Among those to call the Monastery home are the aforementioned Ramattra as well as Zenyatta. This map is absolutely gorgeous with its snow capped mountains in the distance and some gently falling snowflakes to add to the serenity… That is until everyone comes storming through in a battle to control the objective.

The theme for Season 2 is Greek Mythology which is made all the more evident when you see the incredible skins lined up in the battle pass, which caps out at 80 tiers. Even our boy Ramattra was treated to an awesome Poseidon skin with an emote that shows him wielding the trident. The new Zeus skin for Junker Queen looks absolutely fierce, especially when you remember how much of a punch this goddess will pack if you find yourself in her sights. Her highlight scene for the main menu shows her doing what Deadpool calls the “superhero landing” while wreathed in lightning and wielding an ax.

Among my favorite of the updates for this season is the updated map pool. I’m sure you’ve all already noticed that some maps were not present during season one, much to our dismay. However, alongside the new Monastery map, we get to go back to a couple of my favorite maps — Rialto and Blizzard World. But, what has me even more excited is we get to experience weather and time-of-day changes. For example, Blizzard World may not have all of the balloons and rides going if it’s rainy, and we’ll get to see maps like Oasis and Nepal at different times of the day. However, I did say ‘map pool’ which does unfortunately mean Hollywood and Watchpoint: Gibraltar are being pulled from the rotation this season, but they are still available in custom games.

The team at Blizzard also have an awesome set of upcoming events for players to look forward to, starting on December 13th with the return of Winter Wonderland, going through January 4th. Right after that will be an all-new limited-time event called Battle for Olympus where several heroes will be imbued with insane god-like abilities. The Battle for Olympus will be two weeks long, ending on January 19th. Overlapping the end of Battle for Olympus will be the Lunar New Year event, going from January 17th through February 1st. Of course, all of these events will be accompanied by a ton of new skins and other cosmetics for your favorite heroes and your profile.

Of course, I don’t want to spoil all of the fun of what you’ll find this season, so make sure you hop into the game yourself so you don’t miss anything. Be sure to keep up with our latest news, impressions, and more on the social nets, YouTube and, of course, GamingTrend.com.

Overwatch 2 Season 2 Impressions – The favor of the gods

Cassie Peterson is an Editor for Gaming Trend but also a sporadic content creator and exceedingly average Rainbow Six Siege player. She goes by MzPanik on Twitter and Twitch and all of the gaming platforms.
Related Articles: Overwatch 2
Share
Tweet
Share
Submit