There’s no doubt in everyone’s mind that the tank department is lacking a few characters. Upon the release of Overwatch 2 we did receive Junker Queen, who once was the most survivable tank on the roster (until she got nerfed into oblivion). Now, she’s far less of a “must-pick” like other survivable tanks like Roadhog or Orisa. And that’s where Ramattra comes in.

He’s a big beefy omnic that’s clearly suited to the new meta of survivable tanks, which Blizzard seems to be leaning heavily into due to the swap from 6v6 to 5v5. For his main attack, he shoots a particle beam — it’s fast reloading, long-range, and relatively mid-tier damage. Don’t expect to wipe either an enemy DPS or tank — it’s more suited to irritating and building ult charge. 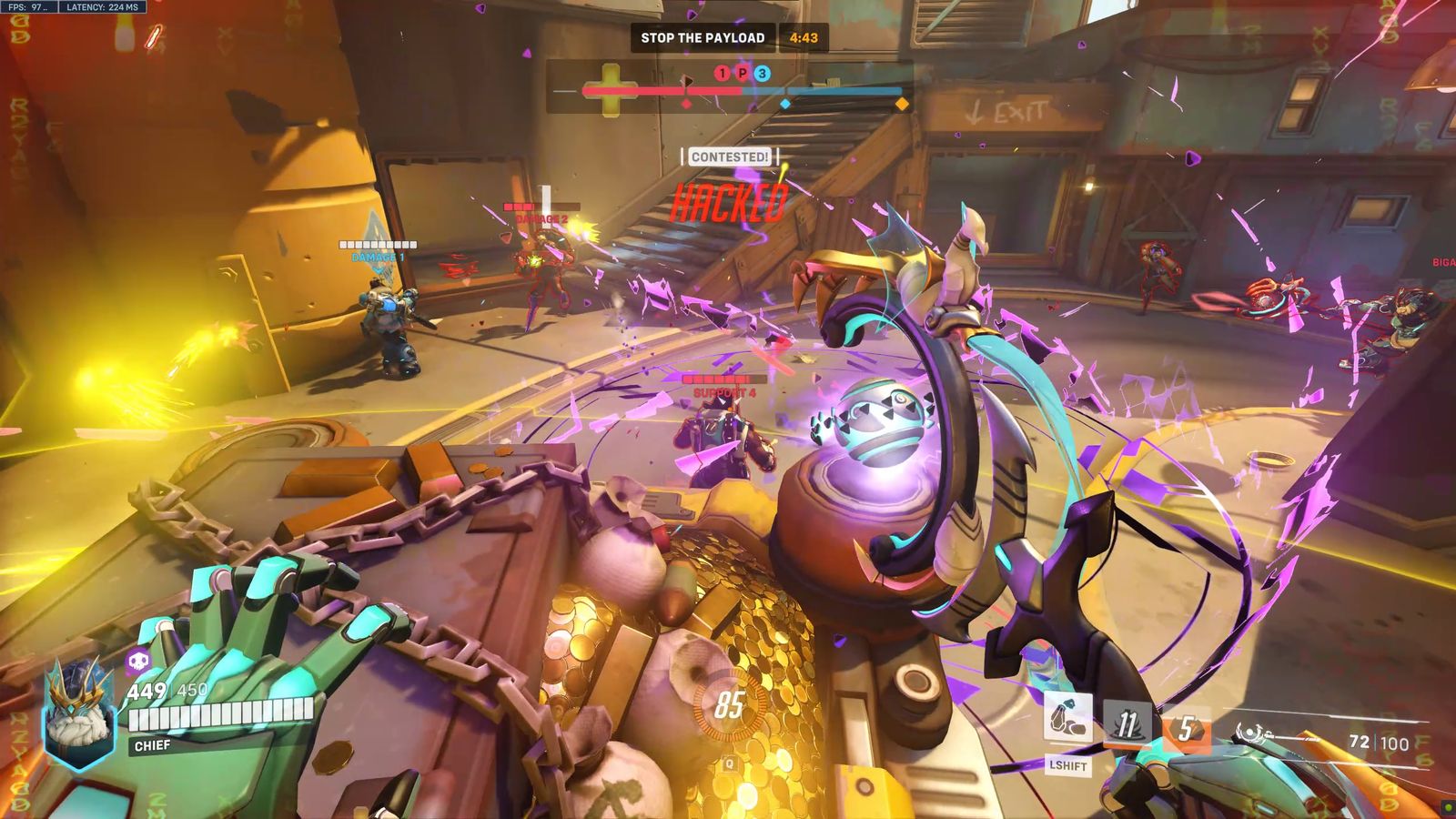 For his skill abilities, we have Ravenous Vortex and Nemesis Form. Ravenous Vortex launches a short-range ball of nanites that explodes on contact and deals a damage force field, similar to Sojourn. It’s more of a supporting ability, since it deals very low damage. But, on the plus side, it’ll pull enemies to the ground and slow their movement speed. If you can lock a support character in that, and communicate with your team that they’re slowed, you can then easily use this ability to start your push.

As for his Nemesis Form, this is where things get interesting and (likely) where we’ll see the first nerf for Ramattra. For 8 seconds, Ramattra will transform into a much larger being and will play like a grounded Doomfist. His primary attack lets him deal short-range punches that have a sort of “wave” attack built in. While it has relatively low damage output, it also has a high rate of fire — very handy for dealing with squishies. As for his secondary attack, it’s just a reworked Doomfist block — this ability lowers his movement speed and greatly reduces damage from the front. Also, it prevents headshot damage. He also gains 150 additional armor (from 450 to 600 total health). To put it simply, this ability is heinous. If you hold block, you’ll contest a point for what feels like forever — and that really enables him to become such a survivable tank. 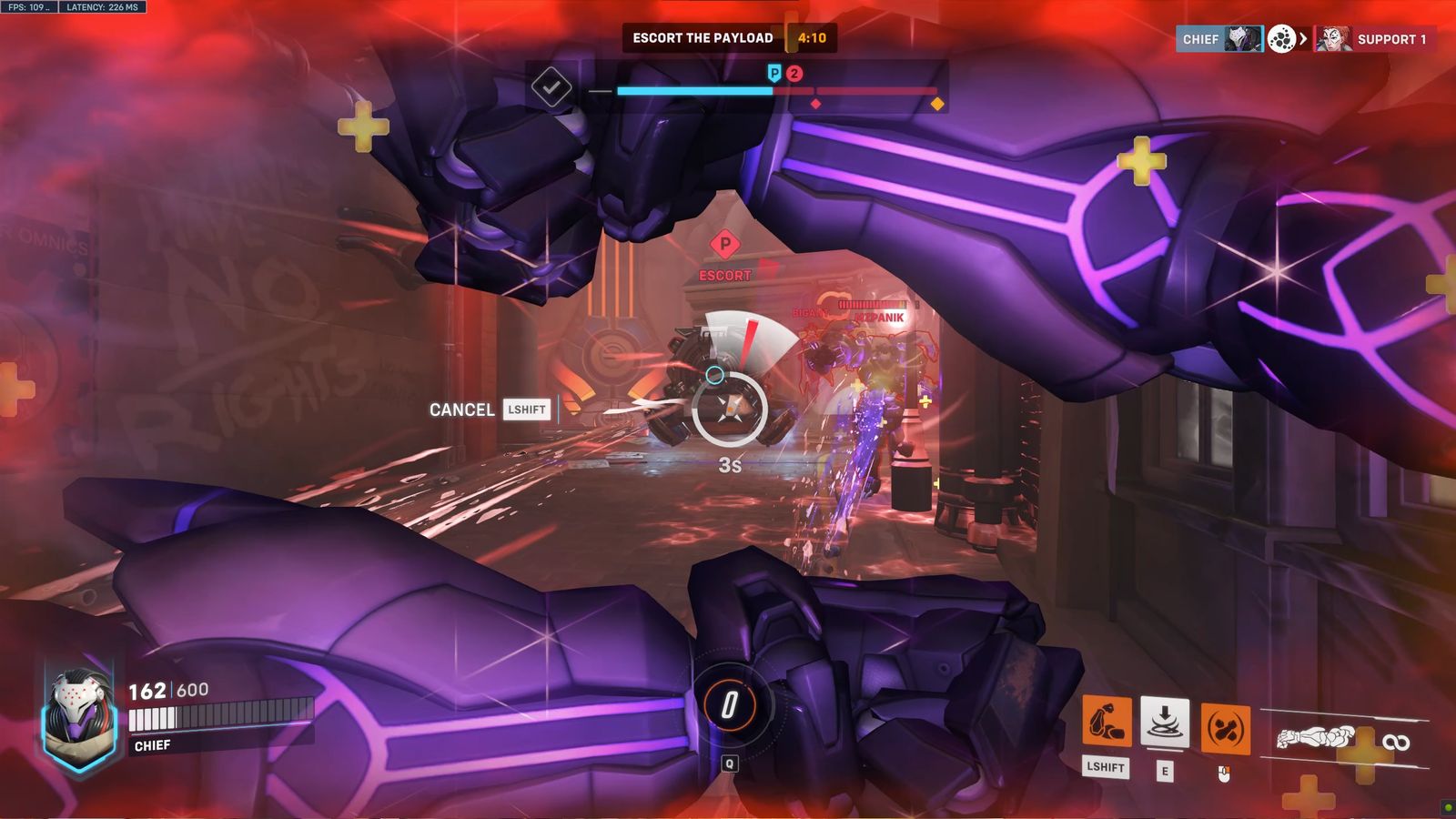 Now, it gets a lot crazier for him. His ultimate ability (Annihilation) puts him into Nemesis Form and creates a zone of energy surrounding him. It operates exactly like Moira’s attack does, in that it automatically locks onto targets and sticks to them. The only difference is that you don’t need to be targeting anyone for it to deal damage, and it will attack anyone that’s nearby. You heard that right, it will target the entire enemy team if they’re within range. Now, it also has a duration that the ability will stay active for, but that stays maintained for as long as you deal damage with his standard Nemesis Form attacks.

Oh, it also stays active if you’re blocking and receiving damage. We tested this on Ilios in a huge firefight where everyone but Ramattra died, and he did not die — there was not nearly enough damage output in the world to eliminate him. It also doesn’t help that he can be healed at a standard rate, meaning if you have a Mercy flying overhead or an Ana dealing him up from range he will forever contest the point. 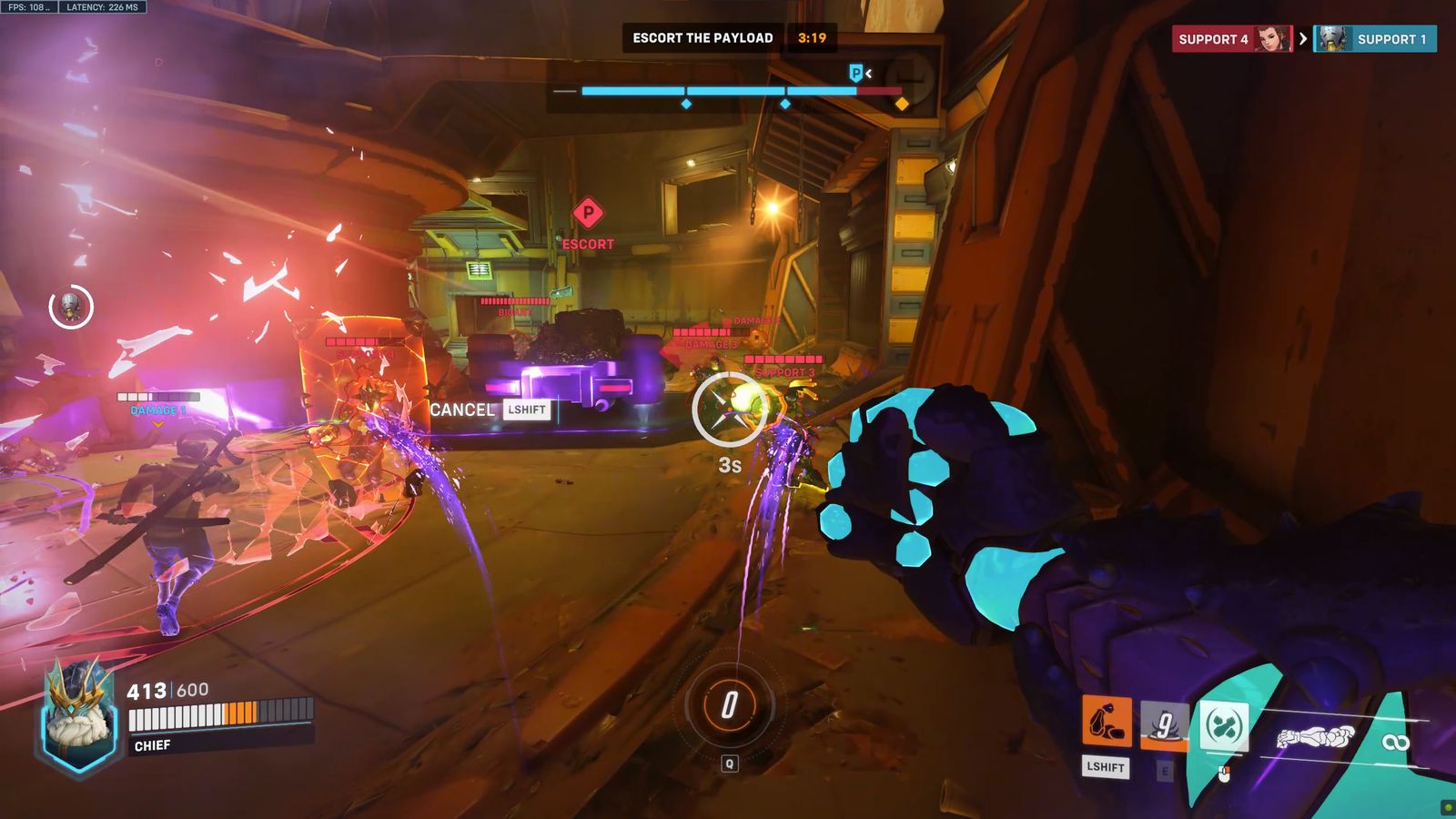 His survivability is insane.

He’s definitely going to become an established character in this survivable tank meta Overwatch 2 has been progressing towards, and will likely be a must-pick for a long time. It’ll be interesting to see how he operates in competitive play, as his major weakness will be a highly vocal team that knows when to engage him and when to disengage.

Ramattra drops on all consoles December 6th, alongside the release of Season 2.

With a deep interest in writing, Ben followed that into a Journalism degree. As an avid lover for gaming, he is constantly expanding his library with console, PC, and VR games. He's obsessed with stealth games and loves hunting down the smallest of details inserted by devs.
Related Articles: Overwatch 2
Share
Tweet
Share
Submit