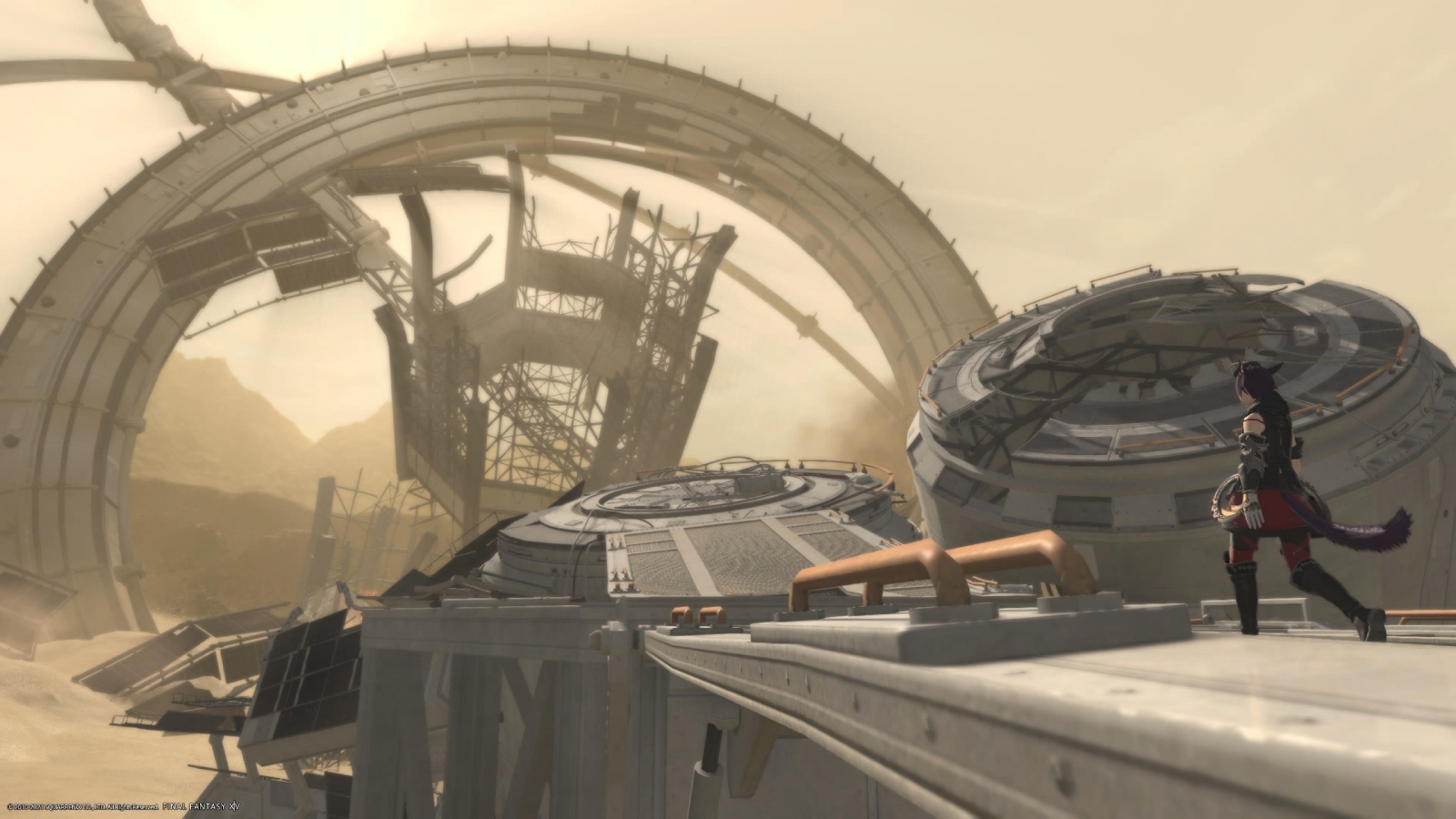 While you’ve been able to play Final Fantasy XIV on PlayStation 5 since launch (if you could find one, that is), you would essentially be playing the PS4 Pro version of the game, not taking full advantage of the new hardware. The release of patch 5.5 Death Unto Dawn part 1, however, also marks the beginning of the PS5 beta test with a host of new features. As a huge fan of the game since 1.0 (yes, some people liked it back then), I was very excited to check out this new version and see what it brings to the table.

On the visual side of things, you now have three graphics options to choose from: Full HD, which renders at 1080p and a smooth 60 fps; WQHD, 1440p and 60 fps with some dips; and 4K which comes in at 30 fps. On PC, I play at 1080p using borderless windowed mode, so I mostly stuck with WQHD mode because I’m used to that silky smooth 60 but also wanted a bump in visual quality. While some textures benefit from the added detail with 1440p and 4K, others show their age — particularly gear that has been around since A Realm Reborn and Heavensward. Take a look at Arenvald’s armor, particularly his cloth undershirt… 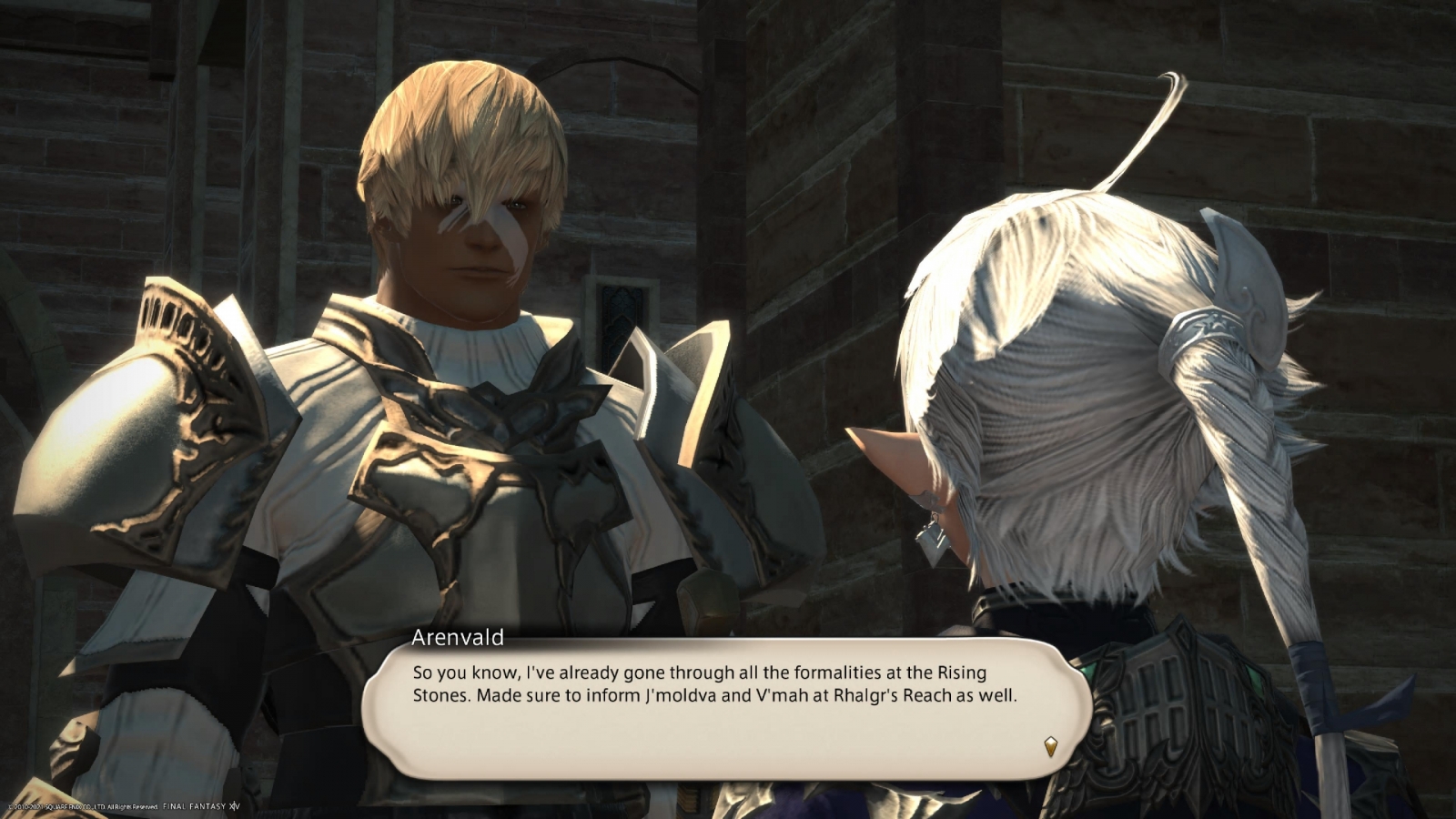 See how the details, like the bronze accents, get blurry near their edges? Now take a look at my character’s outfit… 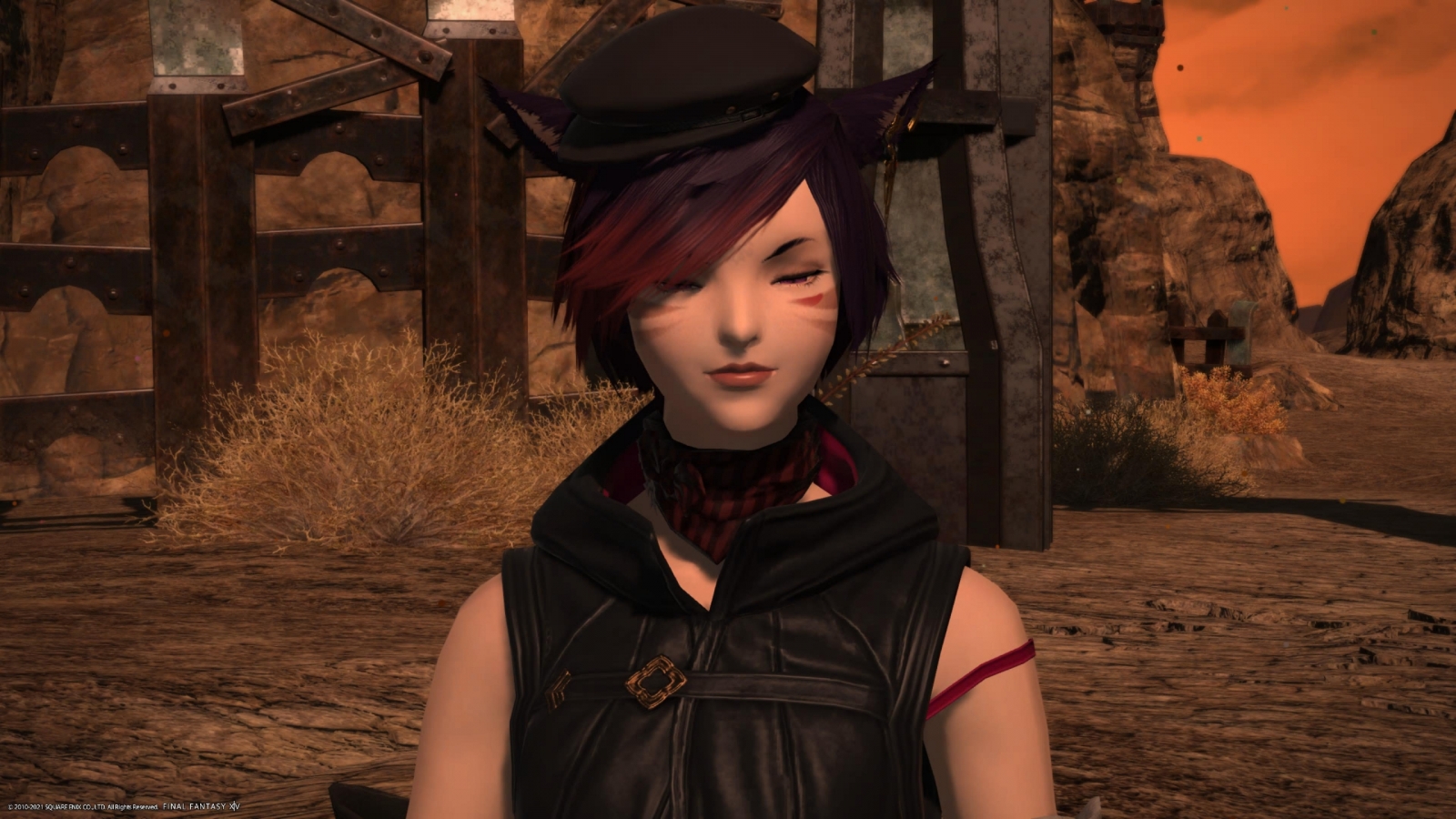 Not exactly the most flattering shot of my face, but the jump in quality is apparent. The buckle has detail and depth to it, and there are folds in the hoodie and scarf that make it look more like real clothing. PS3 support ended with the launch of the previous expansion, Stormblood, so of course textures and models added after that point are going to look better, but at this point having such a gap in quality is jarring. It would be a daunting task to go back and update thousands of pieces of gear, but it might be worth it to stay competitive in the visual department, especially if the dev team takes the time to add headgear to the Viera and Hrothgar faces (please? I want to be a bun, but hats and other hairstyles are just too cute!). There are probably a lot of people trying out this game for the first time with the generous free trial and lull in big releases on PS5, and I wouldn’t want them to miss out on the excellent story and gameplay just because they thought the game looked too outdated to be on PS5.

This update also added a complete 4K makeover for the UI and, while it can be difficult to tell the difference at times, it looks absolutely fantastic. It’s a feature I didn’t know I needed until I turned it on and now I can’t go back— icons look like they’ve had a layer of vaseline removed and overall appear much more crisp. Even if you play at lower resolutions on PC, I would highly recommend turning this on if your hardware can handle it.

The next big change is loading times: the game can now take advantage of the speed added by SSDs. In the video below, I teleport to an absolutely packed Limsa Lominsa and Mor Dhona which loads at about the same speed as most zones using a HDD, but moving to the Aftcastle, an inn room, and the Rising Stones is almost instant. This is a great improvement overall, but results do vary depending on how many people are where you’re going.

While rumble and haptic feedback are less talked about features of the DualSense compared to Adaptive Triggers, they’re things I’ve greatly enjoyed in my short time with my PS5. While some games use them a bit too much, like Marvel’s Avengers, FFXIV finds a mostly happy middle ground on the feature. You’ll notice this most often when flying around on a mount— all of them vibrate your controller differently. Magitek Armor has a low hum consistently, while riding a dragon like Rathalos you can really feel each flap of their wings. Out of the mounts I tested, my favorite use of the vibration was with Ixion, which made me feel like I was barely controlling a great, thunderous beast. On the flip side, my least favorite trend with vibration is also present here: footstep vibration. On certain surfaces, you can feel the light tap of your character’s foot hitting the ground. It’s not as intrusive as Control or Avengers. It’s honestly barely noticeable. But I still wish I could turn it off because once I did notice it, the feature started to grate on me. The game supposedly also makes use of adaptive triggers in certain situations, but I didn’t come across any of those in my playtime. All in all, this is a good addition to the game that pleasantly surprises me every time I mount up.

With the client in beta, there are bound to be some hiccups in performance and while the majority of my playtime was glitch or frame rate dip free, participating in the Ishgard Restoration’s new Fêtes brought both of those right to the forefront. With so many players in one place, performance takes a noticeable hit and nameplates above players, NPCs, and objects begin to flicker in and out of existence. I haven’t had the chance to compare this with my PC version yet but it’s handled similar situations well and, being only marginally more powerful than the PS5, this doesn’t feel like it should be happening to the extent that it is on console. Again, the client is still in beta so it’s likely this will be remedied to some extent.

Of course, with a new patch comes new content and 5.5 part one adds more main story quests, finishes up the Sorrow of Werlyt and NieR crossover storylines. I haven’t touched the Werlyt quest and its Diamond Weapon trial yet, but I did really enjoy Alisae’s interactions with returning character Estinian and the Tower at Paradigm’s Breach raid which references Drakengard 3 quite a bit. Given that this is only half of patch 5.5, I did feel like there wasn’t much accomplished in the story, especially since we’re supposed to be heading into Endwalker this Fall.

With all this in mind, I think I’ll find myself going back and forth between PC and PS5 frequently. I really enjoyed playing through the main scenario quests added this patch with the bump in visual fidelity, but being more social is just easier on PC. Along with having a keyboard readily available, being able to tab out of the game to, say, discord and message a friend is extremely helpful. Console only players, however, will find this to be a great improvement over the PS4 version and I hope to see similar leaps in quality for my go to MMO in the future.

David is the kind of person to wear his heart on his sleeve. He can find positives in anything, like this is a person who loved Star Fox Zero to death. You’ll see him playing all kinds of games: AAAs, Indies, game jam games, games of all genres, and writing about them! Here. On this website. When not writing or playing games, you can find David making music, games, or enjoying a good book. David’s favorite games include NieR: Automata, Mother 3, and Gravity Rush.
Related Articles: Final Fantasy XIV: Shadowbringers, MMO
Share
Tweet
Share
Submit