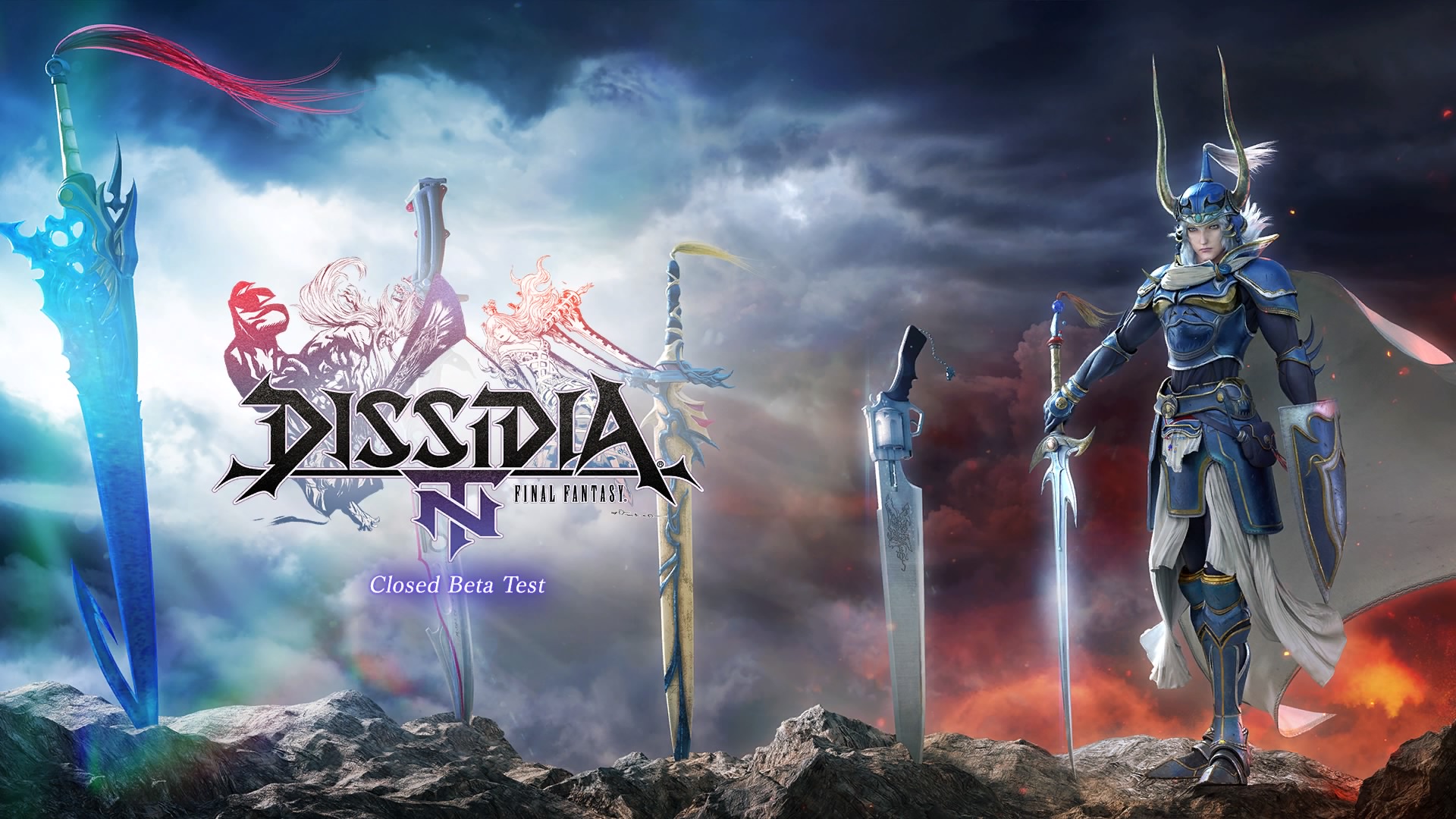 Square Enix announced earlier this year that it is finally going to release the next entry in the Dissidia franchise to PS4 this January. While the wait for Dissidia NT is still going to be a bit longer, I got the chance to experience the closed beta which is going on now for select players. From what I’ve played, I can’t wait to experience the full 3v3 fighting experience in a few months.

A crossover of the bone-breakingly popular Final Fantasy series, Dissidia brings together heroes and villains from the main numbered games of the franchise together for an all-out brawl. While the first two Dissidia games for the PSP included 1v1 battles with assist characters, Dissidia NT ups the ante with a 3v3 system, and a whole lot of action on each side. Think of this as a cross between Smash Bros. and a MOBA. Within the main menu of the beta, you can select either online matchmaking, practice, or tutorial modes. You can check a sample match below.

The main gameplay of the beta featured teams of three duking it out on a battlefield. Each character has two main gauges: bravery and HP. You’ll build up your bravery by executing bravery attacks with X and whittle opponents’ HP with HP attacks by pressing Square. Getting your bravery to zero will cause you to get broken (rendering HP attacks useless for a set amount of time), while getting HP to zero will incapacitate you. In the beta, teams have three total bars which decrease once someone dies; dying three times will make you lose, so you’ll have to coordinate attacks in order to survive. In addition, characters have different EX attacks (which are activated by pressing the triangle button). There are different attacks whether you’re on the ground or airborne, so it might take a few matches to acclimate yourself to your favorite fighter’s attacks.

As this is a team-based game rather than a pure 1v1 experience, you can also choose to lock onto different targets at any time; this can create some interesting dynamics, as you can have a 3v1 or 2v1 setup at a time while other opponents are fighting their own battles. While it does make the game a little more chaotic, it makes battles much more exciting. Throughout the battle, summoning cores will appear as well, and grabbing enough of them will allow to summon different creatures which will assist your team with different effects. It’s a frantic balancing act as you try to manage defending your team or fleeing in order to grab a summoning core, as neglecting either component could prove to be a fatal mistake at a crucial moment.

Because this is a game centered around teams and group dynamics, the differences of each character are even more important. At beta launch, I was able to play as fourteen different characters (one representative of the first fourteen main Final Fantasy games), and while they’re fundamentally similar, they each have different advantages and disadvantages to consider. From Final Fantasy II’s Firion (who has a great ground game but terrible air game), to Final Fantasy III’s Onion Knight (who’s speedy and can deal quick attacks easily, but is weak and has fewer HP than other characters) to Final Fantasy XIII’s Lightning (who can cycle through three different paradigms in order to suit the needs of battle), each character feels different. If there’s one thing that Dissidia NT does that is leaps and bounds from its predecessors, it’s that the game looks gorgeous. Even with a bunch of attacks and summons flying around, the framerate is relatively stable and the character models are stylized and rendered excellently. The settings (taken from different locations from the Final Fantasy series), are loving homages to the series, and fans of any game will appreciate the effort put into realizing this lore.

The controls take a little getting used to, especially since the Dualshock 4 has more buttons than the original PSP handheld. They aren’t as cluttered as the earlier games, but I still needed to reacquaint myself to the remapped buttons. Additionally, the moment-to-moment gameplay is drastically different due to the team dynamics; it’s no longer a linear dash to your opponent, now you have two other characters to deal with. I did appreciate how the battlefield doesn’t feel too barren anymore, as different players can traverse around the battlefield however they feel like. The game feels busier, and it’s a welcome change to the series as a whole.

Elisha Deogracias is an aspiring accountant by day, freelance writer by night. Before writing for Gaming Trend, he had a small gig on the now defunct Examiner. When not being a third wheel with his best friends on dates or yearning for some closure on Pushing Daisies, he's busy catching up on shonen manga and wacky rhythm games. Mains R.O.B. in Smash. Still doesn't know if he's a kid or a squid.
Related Articles: Dissidia Final Fantasy NT
Share
Tweet
Share
Submit