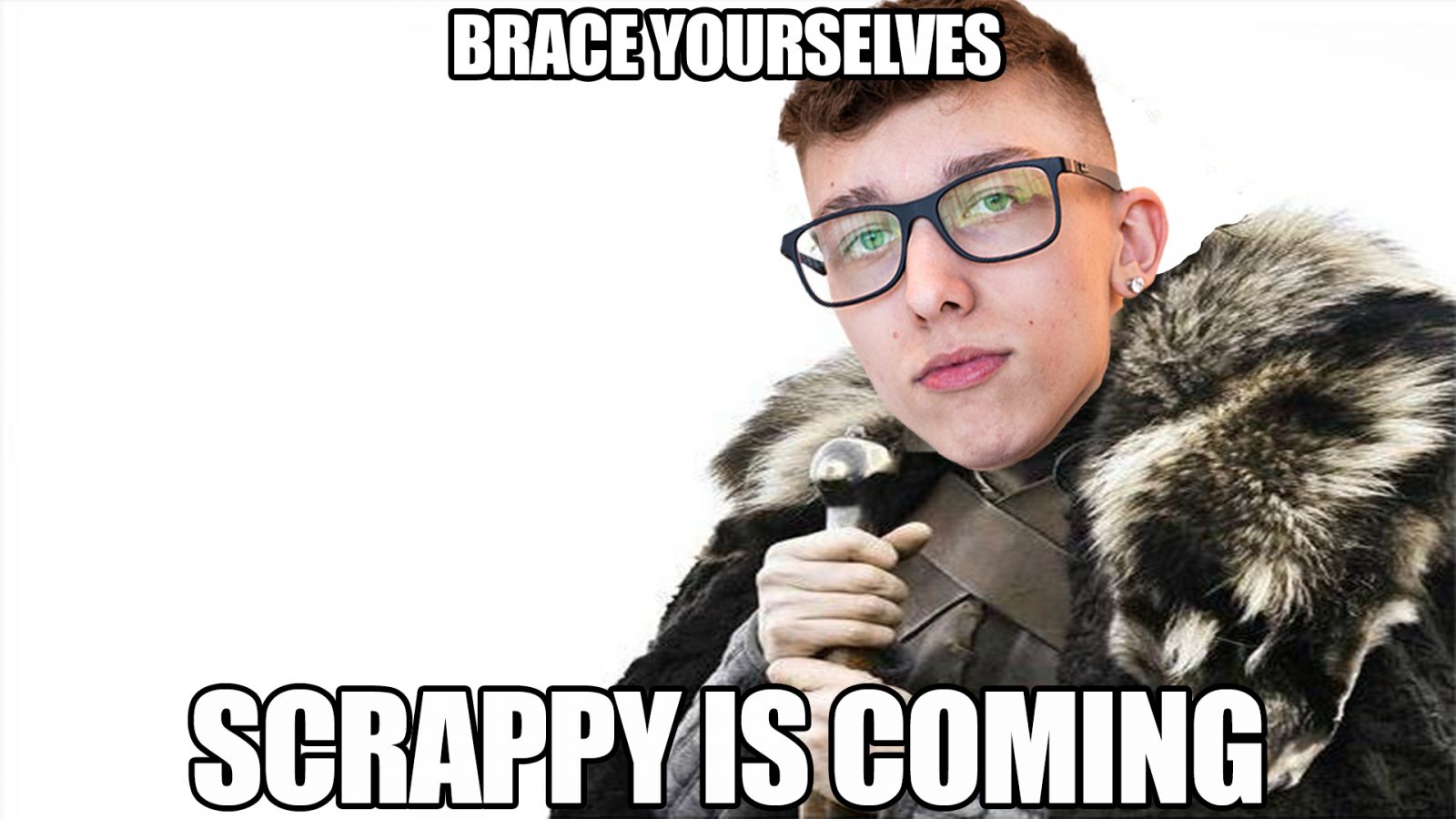 Turns out last week was an absolute banger in the Call Of Duty League. Bounty week can be viewed as a massive success, unless you were on the losing end. With 10k on the line and some really fantastic matchups, we saw some extremely competitive Call Of Duty being played, and we continue to have what looks to be the final standings start to shape up. That being said, the 6-8 spot for Champs at the end of the year are really close, so it’s going to be a battle to the end. In lieu of our normal takeaways for days 2 & 3 (thanks to my busy schedule not allowing me to view the matches live), we’re just going to talk about them in power rankings style. Let’s see who improved their fortunes after week 2, and who might have some tinkering to do before the last week of qualifiers heading into the Major III tournament in Toronto.

This and two are the easiest spots to pick for, and that’s because no one is in their zip code. That being said, Optic is very clearly ahead of the rest of the league. I honestly think the formula to their winning has been coaching, with Rambo and Sender coordinating one of the most fundamentally sound teams in the league. Look no further than a recent match where I watched Dashy and a teammate I can’t remember both back to back each other to watch a planted bomb in a 2v1. Old Optic might have tried to sniff the last guy out and pay for it, this Optic plays together and doesn’t make mistakes. What’ll be really interesting is if a controversy arises once iLLeY’s back, because Prolute has been sensational on this roster and arguably better than iLLeY.

They might be better than everyone else, but Optic has their number this year. A day after breaching Boston and seeming very confident, they literally fell on their face, with one of the ugliest losses we’ve seen Faze take all year. They were outslayed by SIXTY-EIGHT kills folks, and if not for the encouraging 6-4 Search and Destroy win it’d have looked even worse. That’s unacceptable for a team of Faze’s caliber, and unless they’re literally trolling so Optic gets too confident at Champs, this team has flaws that may cost them a back-to-back championship. That being said, this roster doesn’t need to change, but they’ve got to figure out what in Vanguard is giving them trouble, or if their obvious disdain of it is too much to overcome.

Yeah, I was tempted to put New York or Minnesota here, and while they’ve both looked impressive, Toronto is 2-1 so far in the qualifiers and they’ve started to put together stronger efforts to get back to that form we expect out of them. The only problem they have right now is a wealth of talent, because both Hicksy and Scrappy have been incredible when called upon to contribute when one of the starting four was out of the lineup. Scrappy in particular was extraordinary on Sunday, putting up 115 kills for a 1.26 KD. He was instrumental in bringing them back from the 1-2 deficit, putting up +16 kills in the final two maps.

It’d be easy to write them off after the Toronto loss, but a few things go their way and this team could’ve pulled out the W. One of those things would be Crimsix not going -33 in kills and posting a .71 KD, even if a lot of that was in his abysmal -24 kill Control that they actually won thanks to heroics by Kismet and Hydra. That said, they did absolutely destroy a competitive Paris team, which is what you expect from a squad of this caliber. They are still good enough to hang with the big boys, and I’d really love to see how this team would match up against Optic.

This is a humongous jump I know, going from my bottom spot after the Pro-Am to five, but they also are the only undefeated team in the qualifiers right now. Yes, you can dissect them a bit based on their competition, beating the likes of LAG, LAT, Ultra, and the Mutineers, but the map count reads 12-3, a dominant stat line. Not only that, Havok is starting to look like he did in Challengers, frying everything in his path, and Priestahh might be figuring things out. Look out, they could surprise, and they’re definitely for real if they beat Faze in their last game of the qualifiers.

This is a team that is so hard to get a read on. They had such a good run at Major II and the Pro-Am, only to be 1-2 this stage, beating the Guerrillas and losing to Optic and Rokkr. I still think they have the talent to stay in the top six, but it’s going to take more than subpar efforts to stay there. Someone I’d like to see step it up, Vivid. I know he’s been inconsistent on a lot of the teams he’s been on, we saw it with Dallas Empire last year, but he’s a world-class talent that can really influence this teams direction along with Skyz.

After they should have had all the confidence in the world after full-sailing London in Search and Destroy and subsequently dismantling them, they put up a stinker in a 0-3 to Faze. Sure, Faze has had their number all year, and they were mostly competitive, but those performances remind us that you probably fall outside the top 4. You have to be able to hang with the big dogs, and Boston hasn’t been able to do that yet.

I could have moved them up ahead of Boston given they’ve won one more game, but I’m still not completely convinced this team is going to be consistent from week to week. They have played phenomenal; the wins versus Paris and LAT looked methodical, but I’m not sure they beat any of the teams above them at this spot. Do they have the potential? Absolutely, especially when Sib is doing otherworldly things and Pred is being that annoying pain in your butt we see players like Shotzzy, aBeZy, and Bance being. But they’ve yet to prove to me they’ve found their potential on a regular basis, even if they have the firepower to take out Faze and Optic.

Yes, they won a game with Gunless back, but let’s not get ahead of ourselves. They were riding an eight game losing streak before that, and they beat Paris in a 3-2 I’m not sure either team really wanted to win. It’s always encouraging to see a victory, and getting reps in with Gunless will take time, but the major issues that will keep them from another title are still there, mainly Asim having a bad slump. That team needs him to ascend to superstar status if they want to move up in the standings.

God save the Queen. London is like Boston in that they haven’t played many games for us to judge them by, but they’ve only beaten Paris while Boston has beaten them. They remind me as well of Seattle, a team that has such a depth of potential, but they’re struggling in a different way after losing Gismo for personal reasons. Harry has been solid, but that rookie of the year, pop off capability is lacking, with Afro being the only one it feels you can count on. This team is a long ways off from what we saw during Major I and the Major II qualifiers, and they may only make it to Champs based on that early season run.

The second I start talking good about the Thieves they go and prove my initial assumptions right. Everything was looking good, they had 3-0ed the Royal Ravens and it looked like the switch had maybe unlocked their potential. Sadly, they’ve followed it up with two heaping piles of crap, 3-0s at the hands of Minnesota and Seattle. At this late point is there a change they could make that would actually improve this roster?

#FreeTemp. Sadly, this team took a turn for the worst after showing potential during the Pro-Am, falling to 0-4. They’ve still been competitive, but it’s taking Temp and GRVTY playing out of their minds for these to even be close. Everybody points fingers at Jimbo, and rightfully so, but if John doesn’t get taken off of this roster or at least benched there’s a problem with the leadership of the team and coaching staff. To say he’s played poorly is an understatement, and I’m very regularly questioning his decisions on every map, and it’s even starting to bleed into his play on S&D which is his strong suit.