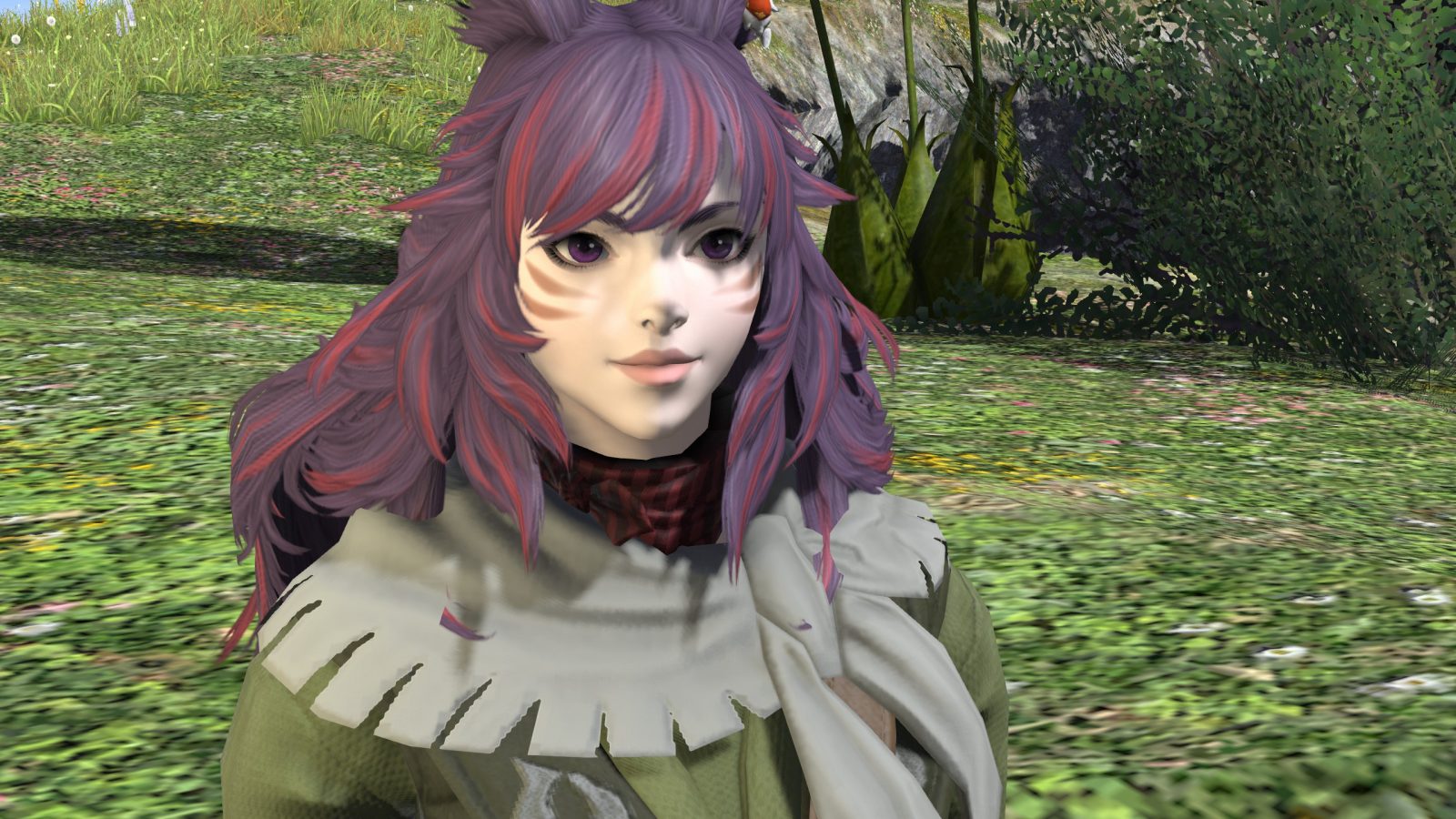 With the release of patch 6.2, Buried Memory, Final Fantasy XIV is diving headfirst into its next story arc. In the previous update, the former scions discovered a stable portal into the thirteenth reflection, also known as the void. Vritra’s sister has been stuck there for untold eons, so now he, along with the Warrior of Light, Y’shtola, and Estinian head in to find her. That’s all I’ll say about what happens (though you can watch a full playthrough below), but I have to say I’m really excited about where this is going. There’s some unobtrusive fanservice for classic FF games here, specifically for 4, and a shorter, more contained arc feels refreshing. Of course, the patch holds much more than the main story, so let’s get right into it.

While there is a new dungeon and even a boss fight, the biggest new addition is the Island Sanctuary. After completing Endwalker, Tataru will give you your own island near Limsa Lominsa. This is your personal paradise to do with as you see fit. It’s not exactly housing, but you can farm, gather materials for your automated workshop to craft with, explore, and tame animals. It’s essentially a life sim mode like Story of Seasons and Animal Crossing. As you play, you’ll gain Island Experience and level up your Sanctuary, unlocking even more stuff to do. For example, after completing the tutorial you are allowed to release your minions all over the island to wander around and look cute. This serves no real purpose, but it’s neat. Some people have been optimizing things and already unlocked everything, including the final glamour reward, but this island is clearly something you’re just supposed to check in on every once in a while, so that’s what I’m going to do. With that mindset, it’s something nice in terms of single player content and I hope they keep adding new things over time.

Island Sanctuary is a great addition and very relaxing, but at the moment it does feel very clunky. Basically everything to do with the island is contained within a single new portion of the HUD. Here, you can check your island inventory, Isleventory, the workshop status, and most importantly, change your current mode. Everything you can currently do is controlled by the mode, from gathering to planting to even just petting your animals. You need to be in the appropriate mode to perform that specific action. This doesn’t feel intuitive in the slightest, and I always get that feeling of “oh right, I need to turn on gathering mode” every time I want to do something. As far as I can tell, you can’t assign the mode change buttons to your hotbars, which makes this especially cumbersome on controllers. I get that this is a weird MMO workaround for something that the game wasn’t initially designed for, but there’s got to be a better way than this. You also need to teleport to the Drydocks before you can head to the island, and I feel it would be much simpler to have a teleport straight to the island, say after you build an aetheryte.

Next up is part 2 of Tataru’s Grand Endeavor, in which you help the best scion establish her own clothing brand while also getting a nice present for her together on the side. This questline sees you on a globe-spanning journey to give free samples to high-profile potential clients. This time around, we head to Ishgard and get caught up in doing a favor for our old friends, the Redbill sky pirates. There’s no combat or anything here, it’s just a good story with some moments of humor. Speaking of, between major patches we finally saw the return of Hildebrand! Our favorite gentleman of light has been MIA since the end of Stormblood, and the questline naturally picks up where that left off. As usual, it’s hilarious, and I don’t want to spoil any of the jokes.

The final big addition is the next part of the Pandaemonium raid series. To be perfectly honest, I’ve been so engrossed in the other content that I haven’t put much time into these yet, but I am still intrigued to see where this story goes. I’m only so skilled at the game, so the normal versions are pretty difficult for me and I doubt I’ll be dipping my toes into the savage versions when those arrive. From what I have seen, the story revelations have been interesting and the fights are a bit easier due to better telegraphed attacks. Maybe I’ll have a more enjoyable time with this portion than the first, but that remains to be seen. 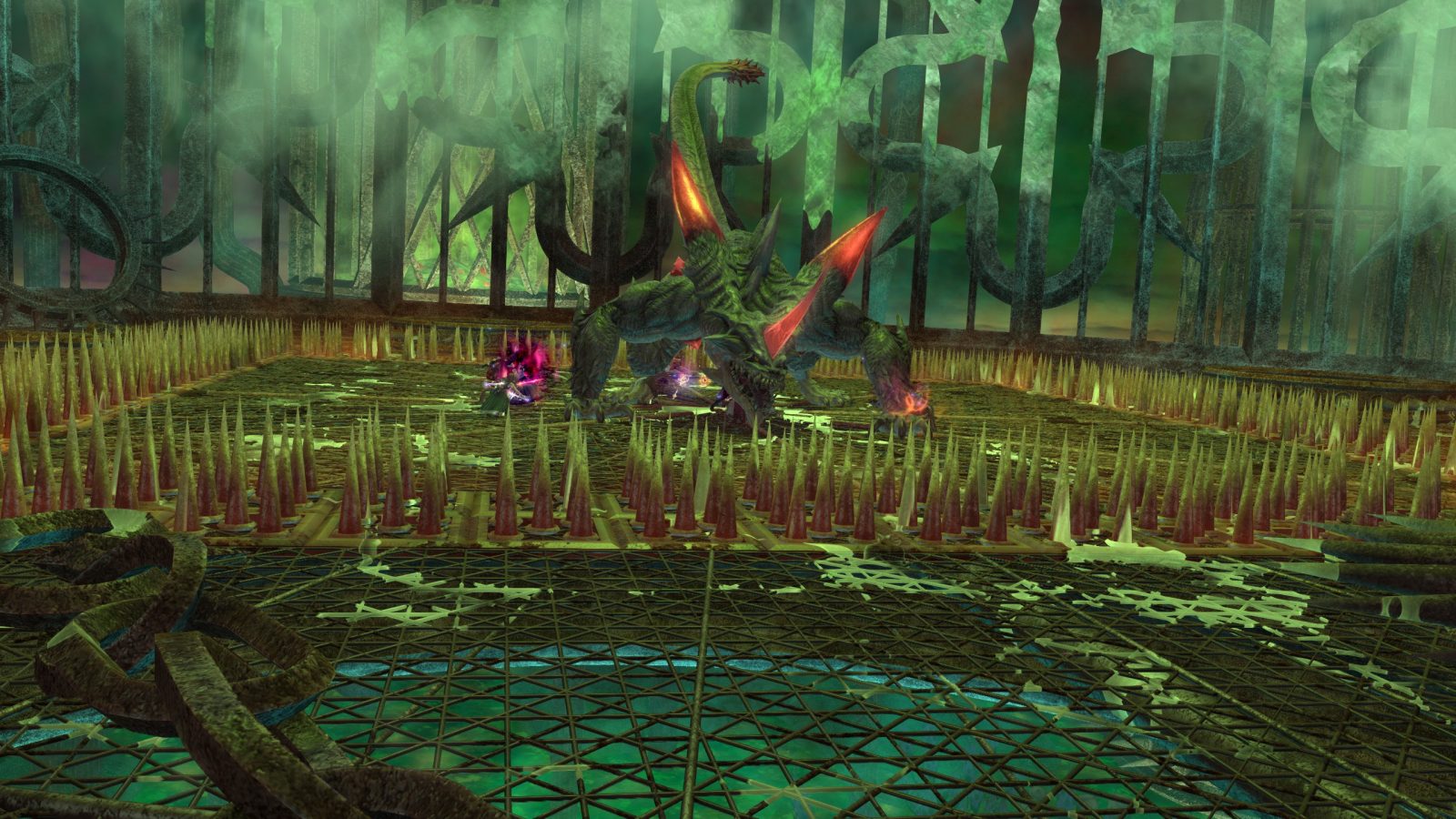 There’s still a bit more I haven’t talked about here, but we’ll end things off with one of my favorites: accessibility options. There have been a few UI changes to help colorblind players, and you can now change the cooldown counter to be larger and centered on an icon. Glam dressers have been improved to now hold 800 items as well, for eager fashionistas such as myself. If you’re more into single player, the duty support system has been further expanded to cover more dungeons, which is always a plus. These changes may seem small, but I hope we continue to see additions such as these in order to allow more people to easily play the game.

While I felt this patch was enjoyable, it does seem more like a setup to future events in my eyes. Still, there’s a ton of content on offer and all of it meets the quality we’ve come to expect so far.

David is the kind of person to wear his heart on his sleeve. He can find positives in anything, like this is a person who loved Star Fox Zero to death. You’ll see him playing all kinds of games: AAAs, Indies, game jam games, games of all genres, and writing about them! Here. On this website. When not writing or playing games, you can find David making music, games, or enjoying a good book. David’s favorite games include NieR: Automata, Mother 3, and Gravity Rush.
Related Articles: Final Fantasy XIV: Endwalker, MMO
Share
Tweet
Share
Submit