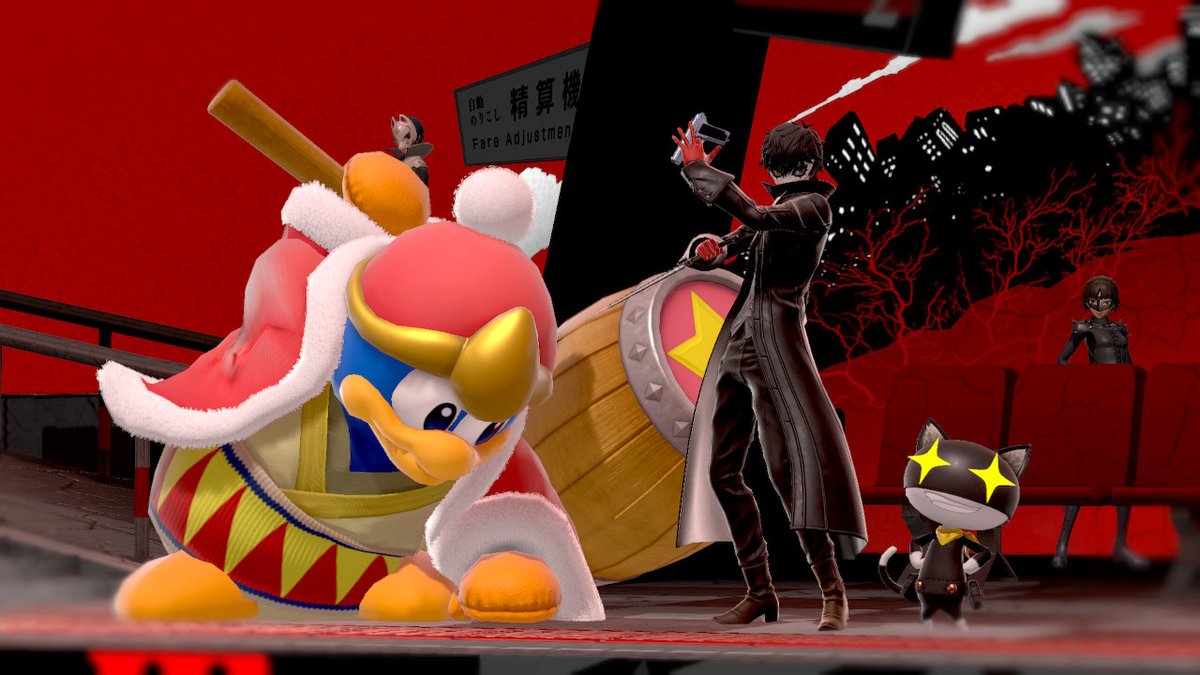 Just in case you somehow thought that Super Smash Bros. Ultimate didn’t have enough content, Nintendo has you covered. From new, paid Persona content to free additions including Stage Builder and Smash World, the 3.0 update promises to add even more hours of Smash Bros. fun to the core experience. The question, though, is whether or not these new features are explosive enough to warrant last week’s eShop crash as the community rushed to download the new content (a crash which, pun intended, I never saw coming) or if this is just a small refresh to get people talking about Smash once more. Spoiler alert: it’s the former.

Now, it is important to bifurcate this conversation across monetary lines, as not all of 3.0 is available to everyone free of charge. To speak first to the paid additions to the game, Joker and his myriad Persona-related extras, I found this facet of 3.0 pleasant enough. I’m not a Persona fan, I’ve never even tried one of the games, so I view Joker through a rather neutral lens. Well, if anything I view him through the lens of a skeptic, as I personally object to the idea of third-party characters who aren’t intrinsically affiliated with Nintendo joining the roster. However, before I begin fulminating passive-aggressively about how this slot would be better filled by Dixie Kong or Captain Rainbow I’ll say this–for the purposes of discussing Joker I’ll be checking my personal biases at the door. 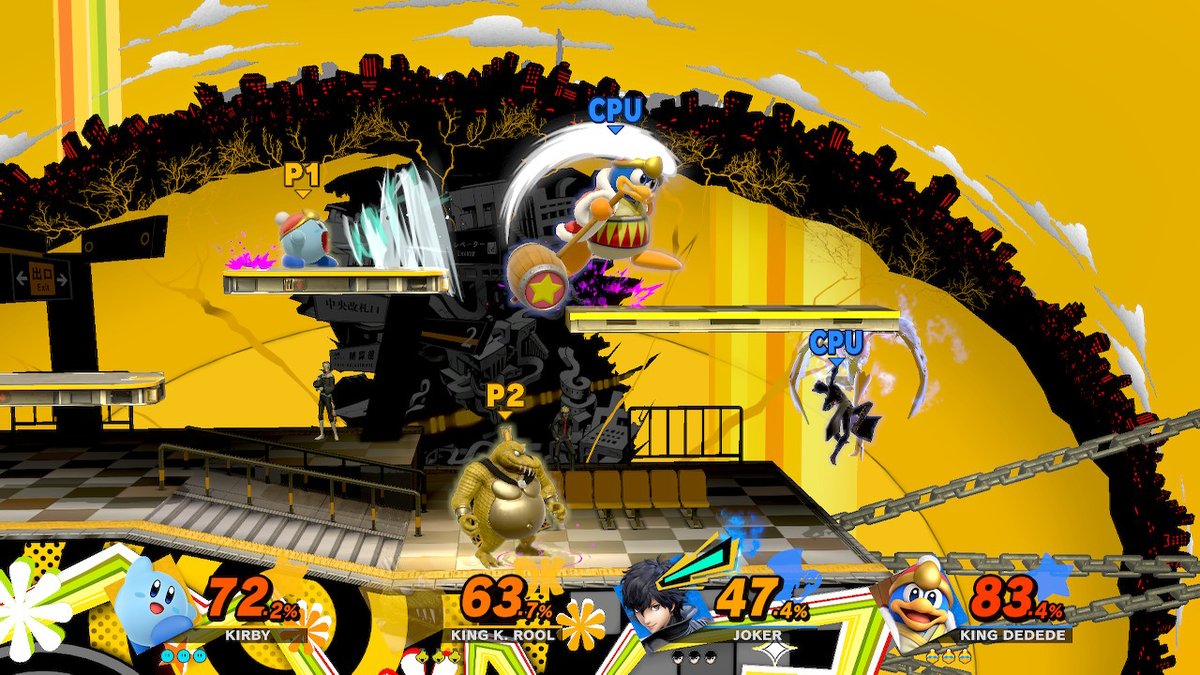 Conceptually, Joker is an interesting character. While these sorts of mechanics are somewhat controversial within the community, I think that metered characters provide a nice meta-game. By taking damage, Joker builds toward the unleashing of his Persona, which strengthens all of his attacks and provides him with a new up-B. This adds a nice dynamic to playing as Joker, as well as an interesting visual flair. Perhaps one of the greatest strengths of modern Smash Bros. newcomers is the way that their playstyles all feel legitimately unique, and Joker continues that tradition. In terms of his standard moveset though, outside of the novelty of seeing him wield a pistol in Smash Bros., Joker’s playstyle isn’t for me. While his movement is fast and fluid, I prefer fighters with a bit more heft to them, which is why I main King Dedede and King K. Rool. This makes Joker by no means a subpar fighter–he simply isn’t for me.

Mementos, Joker’s stage, on the other hand, is right up my alley. Upon first seeing it in the trailer Nintendo released on YouTube, I found its design rather basic. However, in action, Mementos is rather fun to fight on. While I still don’t feel any true attachment to it due to my lack of connection to Persona, I really enjoy the aesthetic of this stage. The striking colors and shifting level geometry makes for dynamic fights that don’t feel compromised by the stage gimmicks. Typically, I’m very annoyed by stages that feature overbearing gimmicks that make fights equal parts combat and not getting gimped by the map. Mementos strikes a solid balance between being traditional enough to fight on, and fun enough to add variety for casual play. Having platforms and walls pop up to shift the K.O. zones is very smart and prevented me from going on auto-pilot to execute the same kill setups each stock.

While the paid aspects of the 3.0 update are interesting in their own right, the true bread and butter for me is the addition of Smash World. Essentially, Smash World is a new, online hub in the game which allows players to share replays (now easily edited through new tools introduced in 3.0), Mii Costumes, and stages built in the new Stage Builder. While we’ll touch more on the latter in a moment, first I need to levy some praise onto Smash World as a whole.

I’m not a particularly competitive Smash Bros. player. I can hold my own and I understand certain advanced techniques, but I prefer to play offline either with friends or against the CPU. Often, when I go online to fight others I find myself more frustrated than entertained, either because people online are flat out better than me or there is lag, or a combination of the two. Smash World, though, allows for players like myself to still engage with the community and have a reason to check back in every day without getting obliterated by people who know what frame data is. Seeing replays is fine enough, and getting new Mii Fighters can be tantalizing (including a Mii based on Kill Bill, my favorite Tarantino project) but the true draw of Smash World is the Stage Builder. 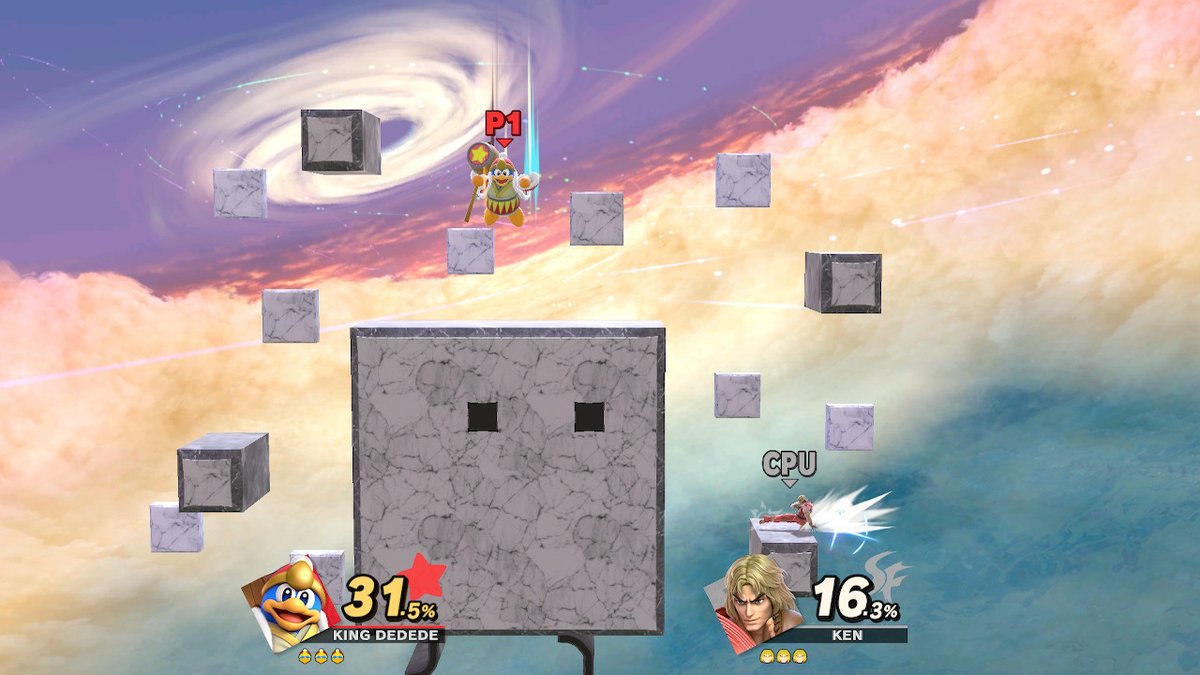 While Smash Ultimate’s Stage Builder draws heavily upon the foundation laid by Super Smash Bros. for the Wii U, it has been vastly improved. In addition to free-drawing platforms and placing hazards, new tools allow for geometric platforms and scaling similar to Super Smash Bros. Brawl, as well as the ability to create levels comprised of several layers and moving parts. The net result of these additions is a much more robust level creator than the series has ever seen before and the ability to share these creations online further increases the shelf-life of this mode. While I’ve yet to build a level of a caliber commensurate to some of the fantastic stages I’ve downloaded from Smash World, my time fiddling around with the mode has proven the accessible yet deep design of these tools.

Whether I’m fighting on a recreation of the original Sonic the Hedgehog logo or the desk from Super Smash Bros. 64, there is an inherent novelty to seeing, and playing, what other Nintendo fans have cooked up. For the most part, I’ve been having plenty of fun exploring Smash World for new stages to play on, however it is impossible to deny the two main shortcomings of this Stage Builder and Smash World dynamic. Firstly, the available textures for Stage Builder are almost entirely strange, real-world textured materials that lend the lion’s share of custom stages an amateur, counterfeit feeling. It is simply hard to make a stage that feels as though it organically belongs within the pantheon of Nintendo-created stages because of how atypical these textured materials are. Being able to use textures from actual Nintendo titles would’ve made custom stages so much more appealing and beliable. People have certainly found workarounds and many stages I’ve played have been downright beautiful, but a fairly large cross-section of the stages online just look flat out unappealing. 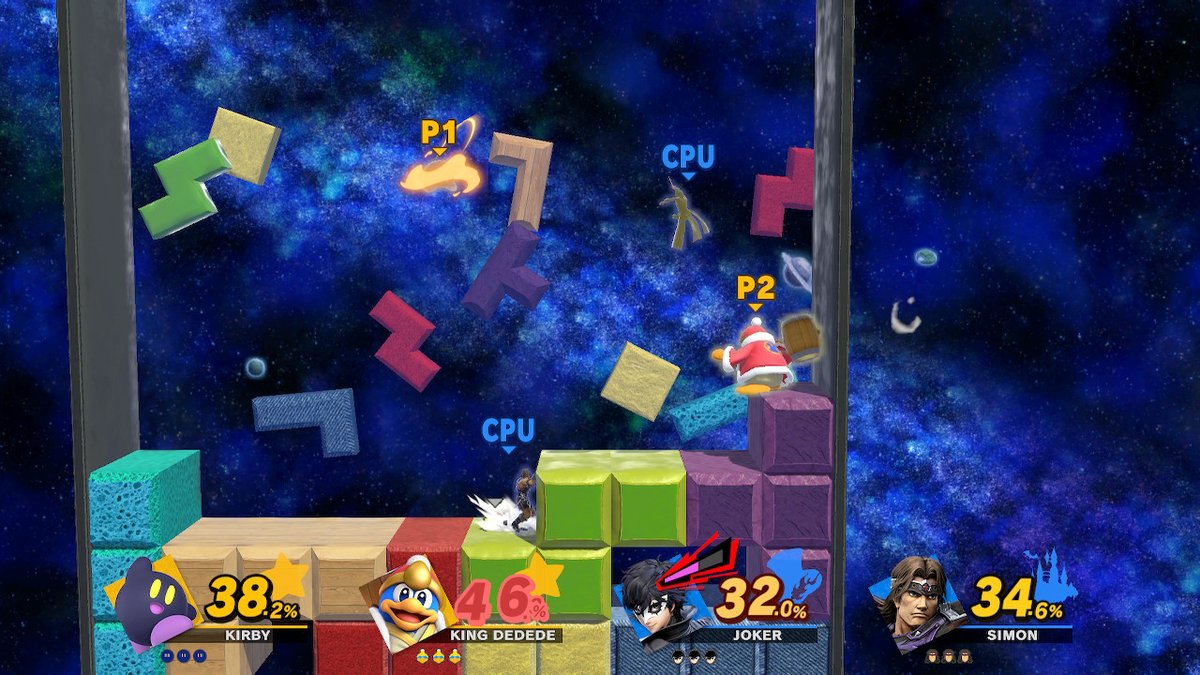 Secondly, clicking on a stage in Smash World allows you to view the profile of the creator, but instead of leading to a splash page of all the creator’s uploaded stages, you’re lead to the creator’s Switch profile and the ability to send a Friend Request. This is strange not only because it obfuscates the creator’s other stages, making them harder to find, but it also exposes creators’ Friend Codes. For many online creators, keeping friend codes hidden is important to avoid a deluge of friend requests and Smash World simply makes it too easy for friend codes to be found.

My few issues with 3.0 aside, this update has given Super Smash Bros. Ultimate a new life on my Switch. I’ve always loved the game, however with the myriad new releases in the past four months, Ultimate has fallen by the wayside. However, the ability to share and play others’ levels has put Smash back in my rotation of games, and I’ve found myself checking back into the game nearly every day to see what’s new in Smash World. While Joker himself holds limited appeal for me, he is undeniably well designed and his accompanying Persona content is great fan service for the franchise. If you’ve been away from Super Smash Bros. Ultimate, regardless of whether you choose to purchase the DLC or not, the 3.0 update offers more than enough incentive to jump back in.

Abram is an aspiring games journalist with a soft-spot for titles published by a particular company that starts with N, and ends with -intendo. When he's not playing, or writing about, video games, Abram is most likely ranting to no one in particular about various films he's seen, or grabbing the sketchpad to do a bit of drawing.
Related Articles: Super Smash Bros Ultimate
Share
Tweet
Share
Submit