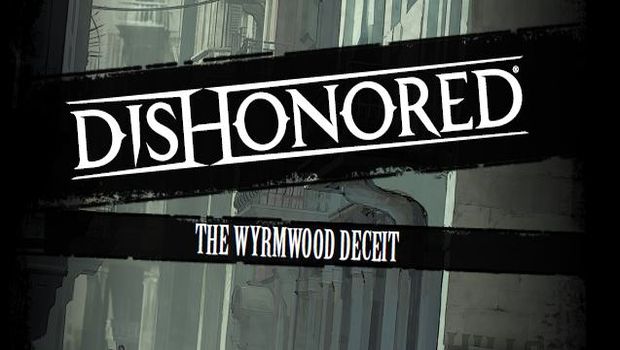 As the sequel of the award winning video game Dishonored, Dishonored 2, looms on the horizon, Titan comics has launched a new series following the adventures of Corvo Attano and his continued efforts to safeguard the industrial city of Dunwall after the death of the previous Empress. Regaining his official position but not the full respect or trust of his peers, Corvo is introduced to us as a man still very dedicated to his role as Royal Protector for the new sitting Empress, the young Emily Kaldwin.

Apparently taking place after the events of Dishonored but before the events of Dishonored 2, this new adventure begins with Corvo breaking in some of the new recruits to the city guard through a test of martial combat. Thrashing them with non-lethal and largely effortless expertise, he lectures them on the weight of their potential responsibilities while also disparaging himself for previous failures, silently promising never to let another tragedy befall the current matriarchy on his watch. However, even as these routine events are taking place, it appears that Corvo is also investigating new potential threats orbiting the throne.

Right from the start, Dishonored: The Wyrmwood Deceit lets us know that it intends to be a colorful and action oriented story, told from the perspective of Corvo as he fulfills his duties to the throne. Our opening pages show us detailed and vibrant panels illustrating Corvo dueling multiple opponents and, despite their decidedly more deadly efforts, him parrying, sweeping, and tossing them about like refuse. Although my digital copy didn’t do the actual artistic efforts justice, many of the scenes depicted clearly use multiple pages to more fully invest us into the events.

I really enjoyed seeing the action of this comic depicted in such detailed and clever ways, and the use of matte colored backgrounds, reds in particular, functioned really well as a highlight for specific moments and actions. This was especially acute, since much of the comic is a series of smaller panels overlaid on top of larger, fully illustrated, pages.

The dialogue, both spoken by the characters and Corvo’s narrated thoughts, makes an effort to be accurate to both the era and setting, and its value shows. It’s neither so unique it becomes difficult to follow, or so layman it loses its identity, and it’s a credit to writer Gordon Rennie’s talents that it flows so well in a modern comic. It’s too early to see the full scope of the story, but as with many first issues, this one serves as a set-up and example of what is to come and it does so very well.

Andrea Olimpieri’s artwork is fantastic, and really translates the style of the video game into a comic well. In some panels the level of detail can become a little muddy, but that really seems to be the result of the coloring efforts more than the art. Marcelo Maiolo’s sense of pattletes and when to apply them is spot-on for most of the book, but in some instances they bleed into each other a little too much and smudge the detail of the designs they’re trying to inhabit.

It’s never like they outright fail, but Maiolo establishes a brilliant narrative-through-color approach, where specific color backdrops are intended to emphasize important moments. But, and perhaps because this is done so well, other panels that seem to indistinctly blanket entire pages with the same hue (most notably orange), feel a bit unfocused and visually noisy. Given the context of some of these scenes, perhaps that was the point, but without some of the other components that this book also lacked, it made some sequences take just a little too much effort to follow.

I’ve mentioned in some of my other comic impressions pieces and reviews that I don’t like inconsistency when it comes to the use of onomatopoeia, and unfortunately, Dishonored: The Wyrmwood Deceit is also guilty of this particular irritant of mine. In roughly twenty-two storied pages, over two-thirds of which contained explosions, sword duels, rifle shots, and flame-throwers, I counted (maybe) five examples of written sound, and I found that problematic.

Just like how video games requires us to familiarize ourselves with their particular interpretation of digital reality, each new comic we read requires that we familiarize ourselves with how each creative team wants to convey their panels as a series, a whole, or separate events. Since the majority of The Wyrmwood Deceit takes place in a muted collection of pages, when a “sound” suddenly appears it’s confusing and makes me wonder if I had missed others earlier. It might seem like a nitpick, but without a formulated approach to onomatopoeia, its sudden appearance changes the way readers previously interpreted the art in its absence. In a word, it makes one or the other look like a mistake.

This is a really good book, and a really strong start to a new series. With Dishonored 2 currently slated to release early November, we’ll see how much The Wyrmwood Deceit connects with it’s more interactive cousin. But so far it looks like Dishonored fans will have something great to bridge the gap between the anticipation and the arrival of the next game in the series. I look forward to the next issue this September, and how this comic continues to develop.