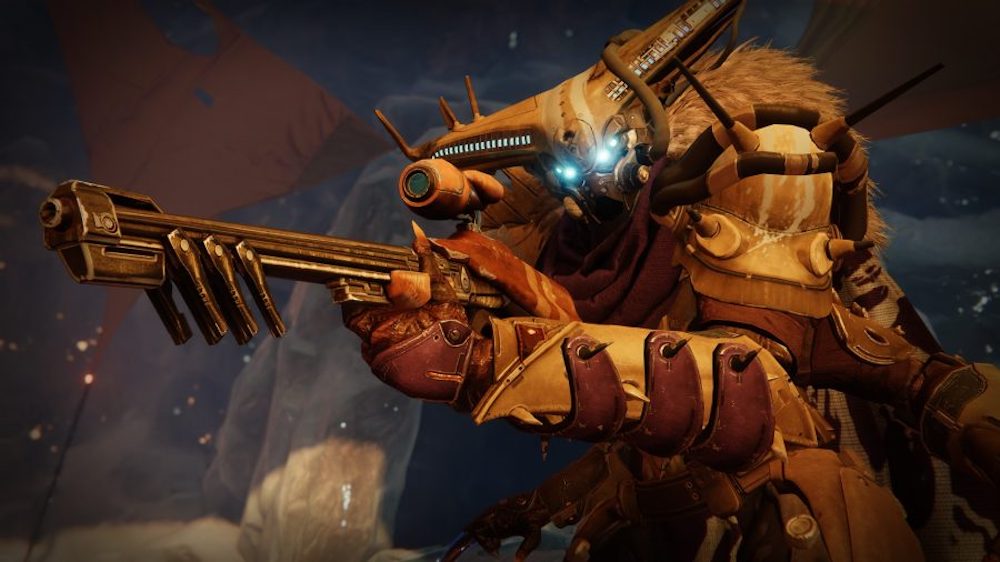 As the latest Destiny 2 season comes to an end, it is time to look back on all of the changes, updates, and additions Season of Plunder brought to everyone’s favorite looter-shooter. Many additions, such as Arc 3.0 and the remastered King’s Fall raid, were welcome and updated some beloved aspects of the game. Unfortunately, the seasonal activities overstayed their welcome very early into the season, and the seasonal challenges had me saying “arghh” more than a few times.

Destiny 2’s 18th Season had big shoes to fill, coming hot off the heels of Season 17, otherwise known as Season of the Haunted. The story of the previous season was an emotional one, focusing on the memories of past triumphs (and misdeeds) of our main cast of characters including Zavala, Crow, Empress Caitil, and Eris Morn. Traumas were remembered, past decisions were confronted, and nightmares were vanquished.

Tonally, Season of Plunder could not have been more different. This time, the story centered around Destiny’s more shady characters: Spider, Drifter, Eramis, Mithrax, and the ever-innocent Eido, on adventures as a pirate crew led by you, The Guardian. Light-hearted jokes and pirate puns were commonplace throughout the seasonal quests and conversations, providing a welcome shift in overall mood compared to the previous Season of the Haunted. Though there were some dramatic moments, I did not see this as a return to the silliness of Destiny 2’s Red War campaign. Instead, it feels like an upbeat break before the inevitable seriousness of the upcoming Season 19 and Lightfall campaign.

Season of Plunder told a high-stakes tale on the high-seas about what it’s like to be a pirate in Destiny. Eramis was freed from the prison the Vanguard trapped her in during the events of Beyond Light. Upon her release, she gathered different houses of Fallen to join her pirate ranks and hunt for mysterious relics across the system. Of course Eramis’ plans must be foiled, so The Guardian gathered a crew of swashbuckling scoundrels to stop her from pillaging and save the day.

An aspect of the seasonal story I particularly resonated with was the father-daughter dynamic between Mithrax and Eido. Their relationship was fleshed out and allowed for proper connections to be made to the previously underdeveloped characters, which was appreciated. Listening to Spider and Drifter’s back-and-forth conversations were entertaining as well, and served as the main source of comedy relief. The story beats this time around provided a coherent narrative drive to complete the seasonal activities, which were a whole other beast entirely.

The main activities of Season 18 consisted of Ketchcrash, Expeditions, and weekly story missions. Ketchcrash was a six-player matchmade activity that involved the defense of Spider’s ketch as well as the subsequent boarding and ransacking of an attacking ketch in Eramis’ fleet. Besides some light boss variation and a rotating combination of combat scenarios within the enemy ketch, Ketchcrash remained relatively stagnant over the course of the season. The activity was easy on normal difficulty, but exceptionally challenging on the master difficulty. As is the case with most master activities in Destiny 2, the master Ketchcrash was not eligible for matchmaking, requiring pre-made fireteams to work together to complete the activity. The main draw of completing Ketchcrashes was to acquire map fragments, a seasonal currency required for the next activity, Expeditions. 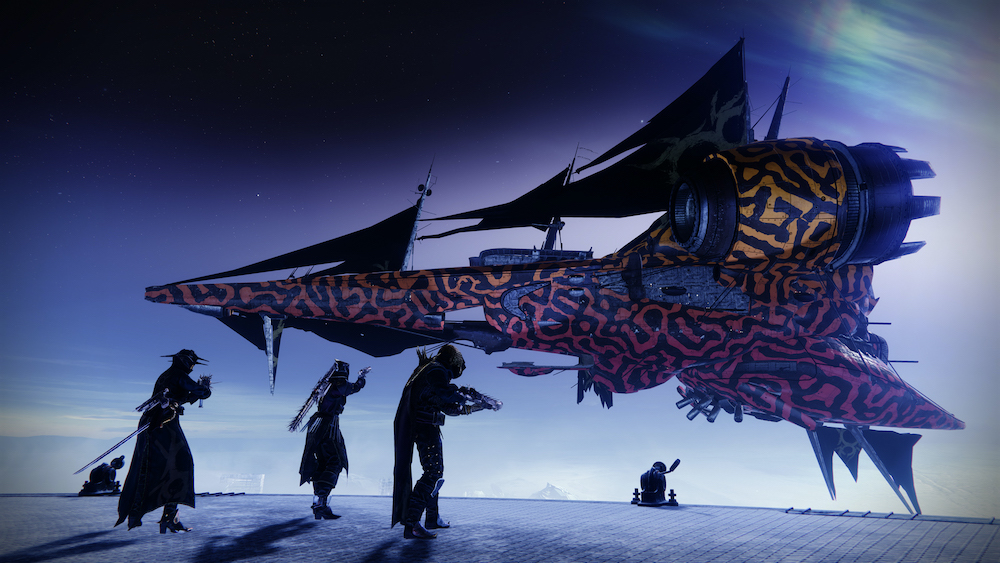 Expeditions were a three-player matchmade activity that involved finding an enemy treasure hoard and extracting the spoils for your crew. There were a handful of maps in different locations across destinations in the system for your fireteam to tackle, with variations in enemy factions and slight differences in mission structure. At the end of each expedition, map fragments were used to acquire different rewards from the enemy, whether it be seasonal weapons, armor, extra glimmer, or more.

Finally, there were the weekly story quests, called Pirate Hideouts, which featured a new mission every week for the first half of the season. These were short, and consisted of some light combat against fodder before a quick boss battle against a lieutenant in Eramis’ crew. Sprinkle in a few cutscenes and conversations with the characters in your pirate crew, and you have the bulk of Season of Plunder’s offerings. 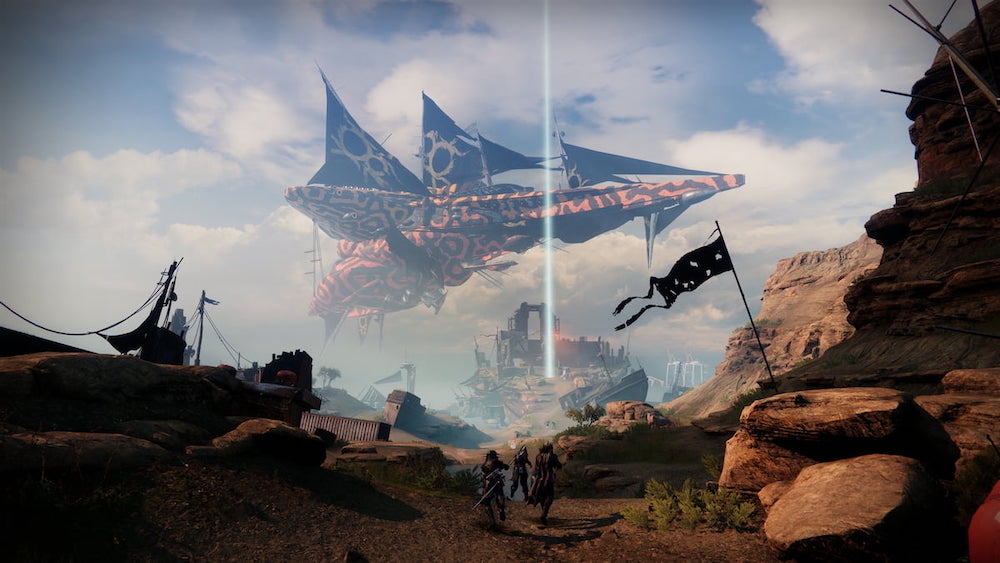 Like most Destiny 2 seasons before it, the seasonal activities eventually got stale. Ketchcrash became predictable, Expeditions became exploitable, and the weekly missions were a bit of a slog. Additionally, the sheer amount of grinding to complete all of the seasonal challenges was excessive. I did not feel that my time was being respected when chasing the seasonal challenges, and when it came to the seasonal title, I didn’t even try to claim it as the requirements were so rigorous. However, the overall pirate theme of the season was a welcome change of pace, and I appreciated the lengths Bungie went to in order to make Season of Plunder feel like a genuine swashbuckling adventure.

Perhaps the most impactful addition of Season 18 was the remastered King’s Fall raid, which is believed to be the best Destiny raid among many in the community. Journeying back to the Dreadnaught felt as good as ever, and the return of the raid-specific weapons and armor was very welcomed (though Touch of Malice still evades me, the rascal). Some substantial changes were made to provide variation among the encounters, including new status effects, enemies (champions, arghh), and some tweaks to the fights against the Warpriest and Oryx. All in all, I would personally say this was my favorite part of the season, and would strongly advise anyone who has not checked out the remastered King’s Fall yet to do so.

A major improvement made during Season of Plunder was the inevitable addition of Arc 3.0, the final light-based subclass to receive an overhaul. The update to Arc did not disappoint, giving Hunters a new super, Titans a new dash, and dozens of improvements/reworks to existing Arc abilities. The Crucible still feels neglected, though this is speculated to be changing in the upcoming Season 19. Linear fusion rifles and sidearms dominated the PvP space and loading into a match without one or the other was an easy way to end up as shark bait. Similarly to Crucible, and to nobody’s surprise, Gambit remained ignored for the entirety of the season. 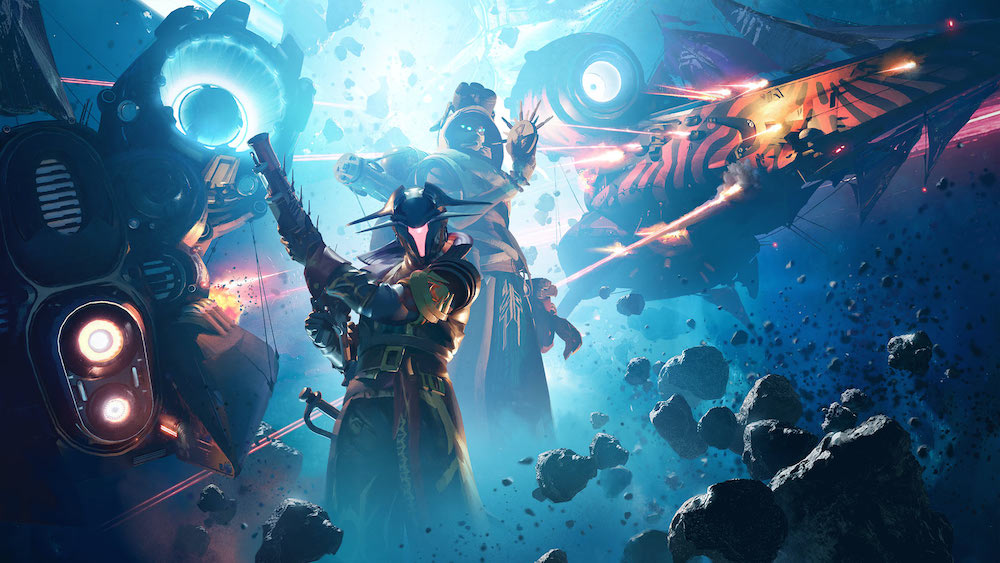 The Season Pass provided some great loot to chase, including the exotic fusion rifle Delicate Tomb, which was a “blast” to use. Generally, the new loot in Season of Plunder was unique and exciting to acquire. The Halloween event, Festival of the Lost, was also a fun diversion. The event added new weapons and armor, including a tasteful homage to Japanese mechs in the form of class-specific ornaments and a sniper rifle. Much like the seasonal challenges, the event challenges were a painful grind that did not seem worth pursuing, so I did not give them the time of day. These are aspects of the Destiny 2 seasonal model I hope to see change in the future.

Season of Plunder had its shortcomings, yes, but all in all, I would say it ranks in the better half of Destiny 2 experiences. The activities were novel at first but became stale rather quickly. Conversely, the story and overall tone of the season was a great change of pace. The addition of King’s Fall was a serious treat. The Season Pass was rewarding, and Arc 3.0 was a welcome update to the subclass meta. Crucible and Gambit remain underwhelming in terms of new content, which continues to be a disappointment. Regardless, I definitely enjoyed my time playing Destiny 2 during Season 18, and am optimistic for Season 19, Lightfall, and the future of the game.