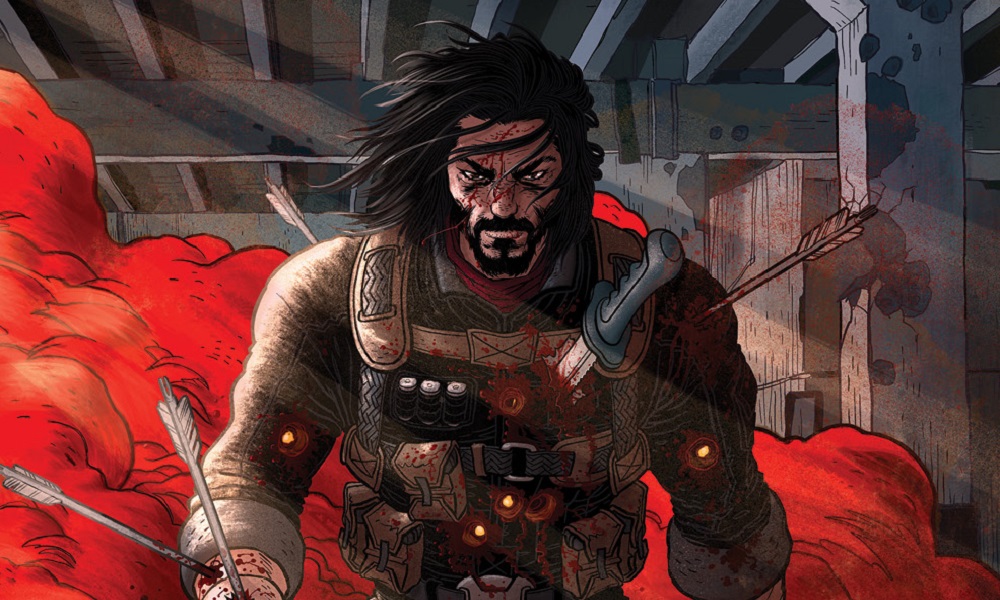 I remember watching John Wick 3: Chapter 3 – Parabellum back in theaters a couple years ago. It was the last showing (a little after 10 PM), and I recall the first nonstop action sequence being relentless and even a little exhausting. However, it set the tone of the rest of the movie, ending with being a solid film in the franchise. Boom! Studios’ first issue of Reeves and Matt Kindt’s BRZRKR left me with much of the same feeling, with Ron Garney’s illustrations matching the grisly and visceral action sequences within. 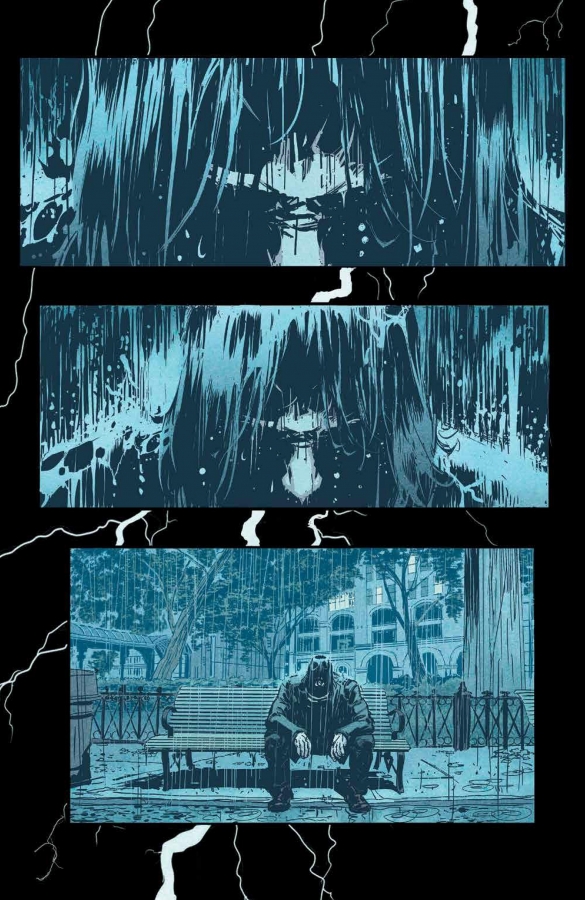 In this first issue, we’re introduced to B, an immortal being that’s given a task from the United States to tackle what would otherwise be a suicide mission. Thankfully, being unable to die has its perks, and he effortlessly dispatches his foes with ease as he gets to the point of eliminating his target. After his mission’s complete, he goes back to a mysterious government facility to recover (just because he’s immortal doesn’t mean he leaves unscathed) and have a scientist monitor his findings. As being immortal causes time to fly, B remembers his past life from 80 thousand years ago with flashes of the past coming into the present conflict.

While there’s not much story in this first issue, the art and action sequencing more than makes up for it. The name of the game here is viscera, and boy are there a ton of guts to see here, folks. I was shocked at how gory and stylized the issue was, yet with a Keanu-looking B handling the reins, it seemed appropriate and entertaining. The first issue just flies in your hand as the pacing is slick and quick. The gritty setting and no-nonsense character of B also fits within the whole setting, and I can’t wait to see what the authors do with the arc as a whole. You only get a few bits of the plot right now, but like John Wick 3, this is an extended action sequence that grabs you by the neck and doesn’t let go until it snaps. 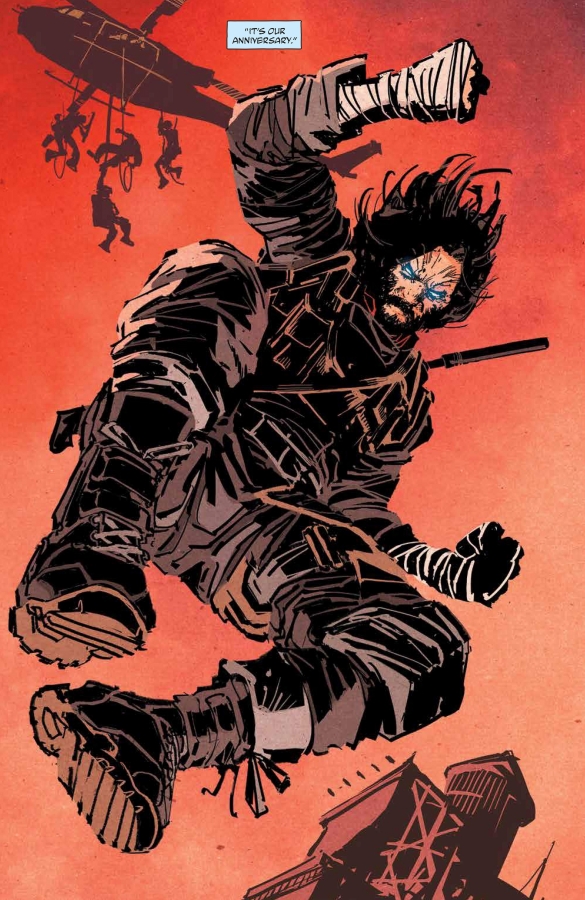 I’m excited for what Keanu and the rest of the crew have in store for BRZRKR, and can’t wait for issue 2!

Elisha Deogracias is an aspiring accountant by day, freelance writer by night. Before writing for Gaming Trend, he had a small gig on the now defunct Examiner. When not being a third wheel with his best friends on dates or yearning for some closure on Pushing Daisies, he's busy catching up on shonen manga and wacky rhythm games. Mains R.O.B. in Smash. Still doesn't know if he's a kid or a squid.
Related Articles: Beyond the Page, BRZRKR
Share
Tweet
Share
Submit