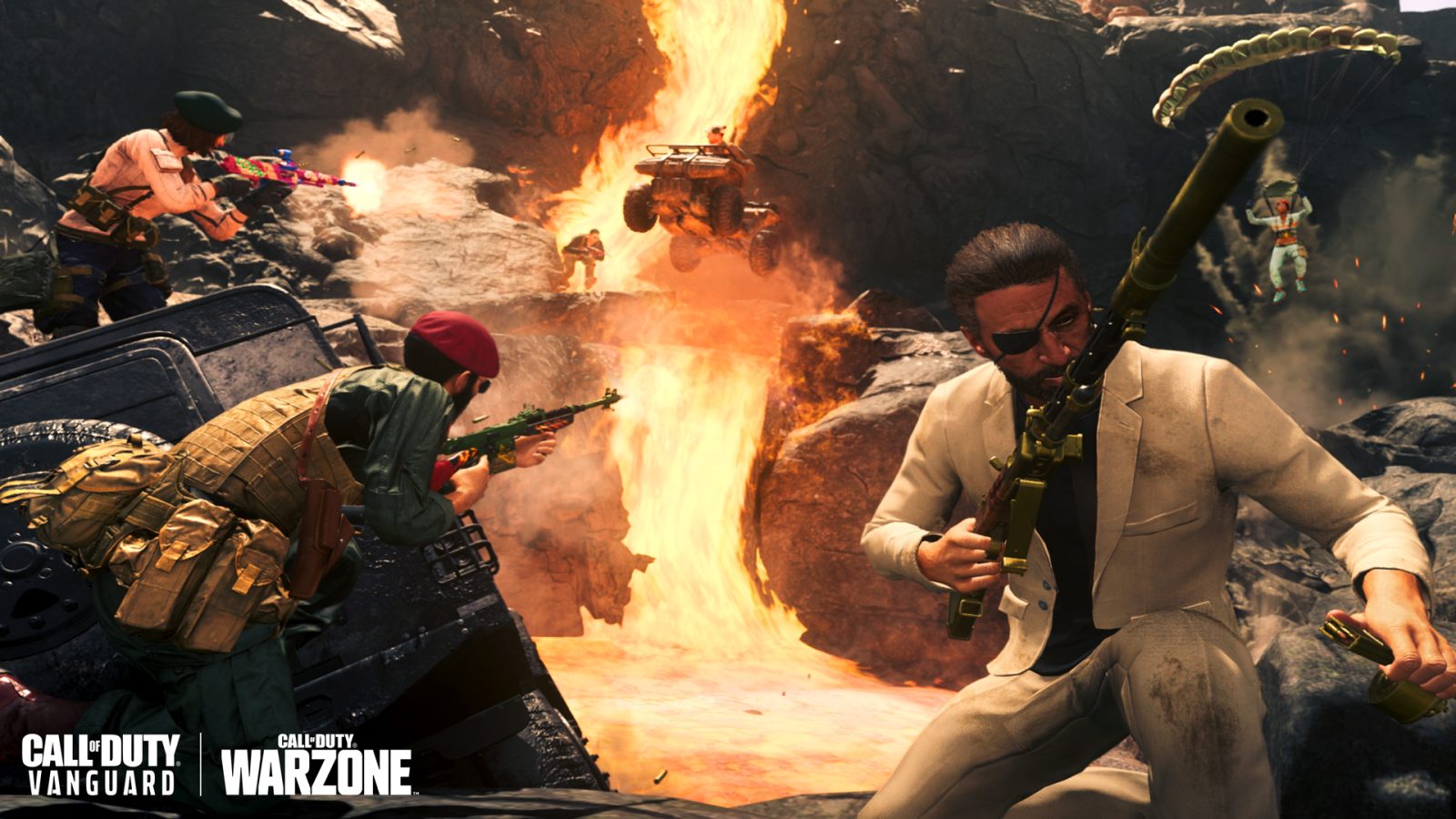 It’s hard to believe, but we’re at the end of the road for both Call of Duty: Vanguard and Warzone. On November 16th, we’ll be making a jump, and that’s if you haven’t already moved over to Modern Warfare II on October 28th. I’m not sure people will remember this version of Call Of Duty as fondly as others, but the team at Sledgehammer and Raven have at least put together a balls to the wall season to finish it all off. Titled “Last Stand”, this is quite literally it. What there is to enjoy however, lies below.

Starting off, Warzone doesn’t have a ton going on like it did last season with the phenomenal drop of the Fortune’s Keep Resurgence map. Peak is now erupting, leading us to believe something may happen at Warzone 2’s launch, but for now you just have to avoid the lava. As far as gameplay is concerned, a new limited time mode has arrived in Operation Last Call. Essentially, this is a big game of Search and Destroy, although the defuse and bomb detonation times are extended given the circumstances. Each team drops in on bomb sites and has to decide if they want to be the hero or the villain. Bombs and defuse kits litter the map, and it’s the first team to six defuses or successful bomb detonations that wins. It may not be revolutionary, and it definitely doesn’t embody the same intensity as a regular Warzone win, but it’s still a nice change up before we say goodbye to Caldera.

One thing I have to give the team credit for as well is the constant balancing that changes up the meta. In all of the Call Of Duty games you have weapons that are overpowered, and rightfully so – some guns are just better. It’s tougher to manage in the 6v6 multiplayer, but in Warzone they’ve somehow managed for three entire video games to keep changing up the meta and keep it fun. Good on you Raven. Also, the only way I’ve been able to keep up with it all is @Warzone_Loadout on Twitter (website here). Duder does amazing work and it’s been extremely helpful in my pursuit of getting good at Warzone.

As for Vanguard, there’s actually more to like than you may think. Starting with the new map, Beheaded, you find yourself in an Escape From New York situation with parts of the Statue of Liberty lying on the ground in the middle of a city block. The flow of this one reminds me of a mashup of two maps from the last two games, Piccadilly from Modern Warfare and Amerika from Cold War. It actually feels really good, and I’m surprised they call it small given the scale it seems to have. While I’ve not gotten to play Search and Destroy on it yet, I’d imagine it plays well there, with plenty of power positions along with flanking routes that make it a map you can use almost any weapon on. 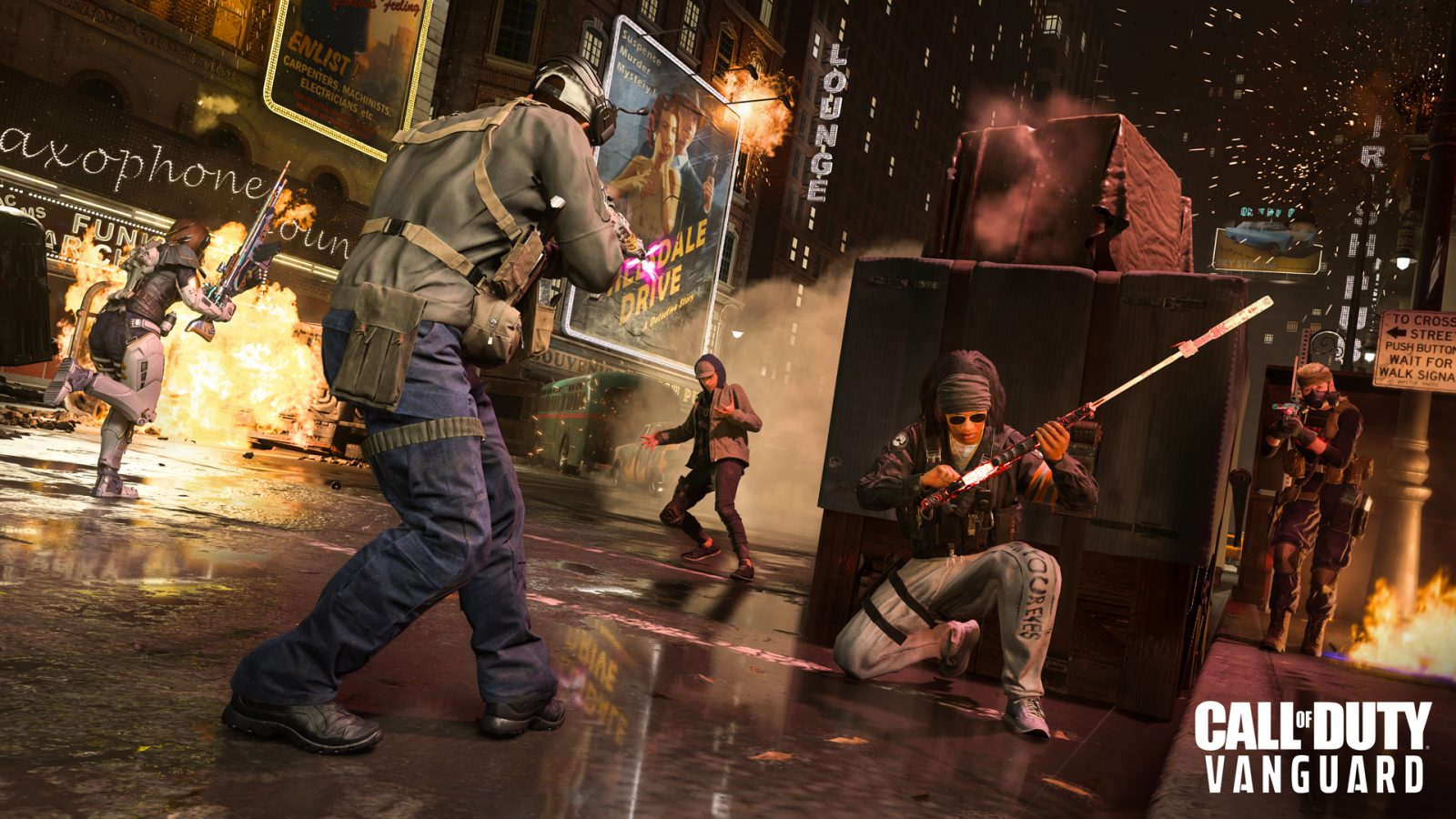 Speaking of weapons, this season has brought about a par for the course submachine gun, along with an utterly ridiculous assault rifle. Starting with the RA225, this SMG isn’t going to replace any of your others. It has a decent fire rate, but not great damage or range. This one probably falls in closer to the Marco or Sten, a good gun, just not a great one. If you’re using it on something like Das Haus or Mayhem though, it can shred- I dropped 30+ kills with a 2.0+ KD in two different instances on Mayhem. It also isn’t a bad gun for Warzone, but only if you’re running it for close range, and probably more on Rebirth or Fortune’s Keep.

As for the EX1, this is the ultimate “throw crap at the wall” weapon, and I love it. We’re so far removed from the notion of World War II being the focus, with the EX1 being an energy gun from Advanced Warfare. It’s more of a novelty than a gun you’d use over the meta ones, but it’s so much fun to mess with you don’t care. The EX1 even has different barrels that change the types of fire available, with a normal automatic fire, burst, and a charge shot in its arsenal. It’s most definitely a long range weapon, and one you’ll want to use at a power position or heady. The only issue with this one is damage if you’re running it auto, it takes quite a few hits of your “laser beam” to get a kill, so that’s why short range just isn’t worth it. 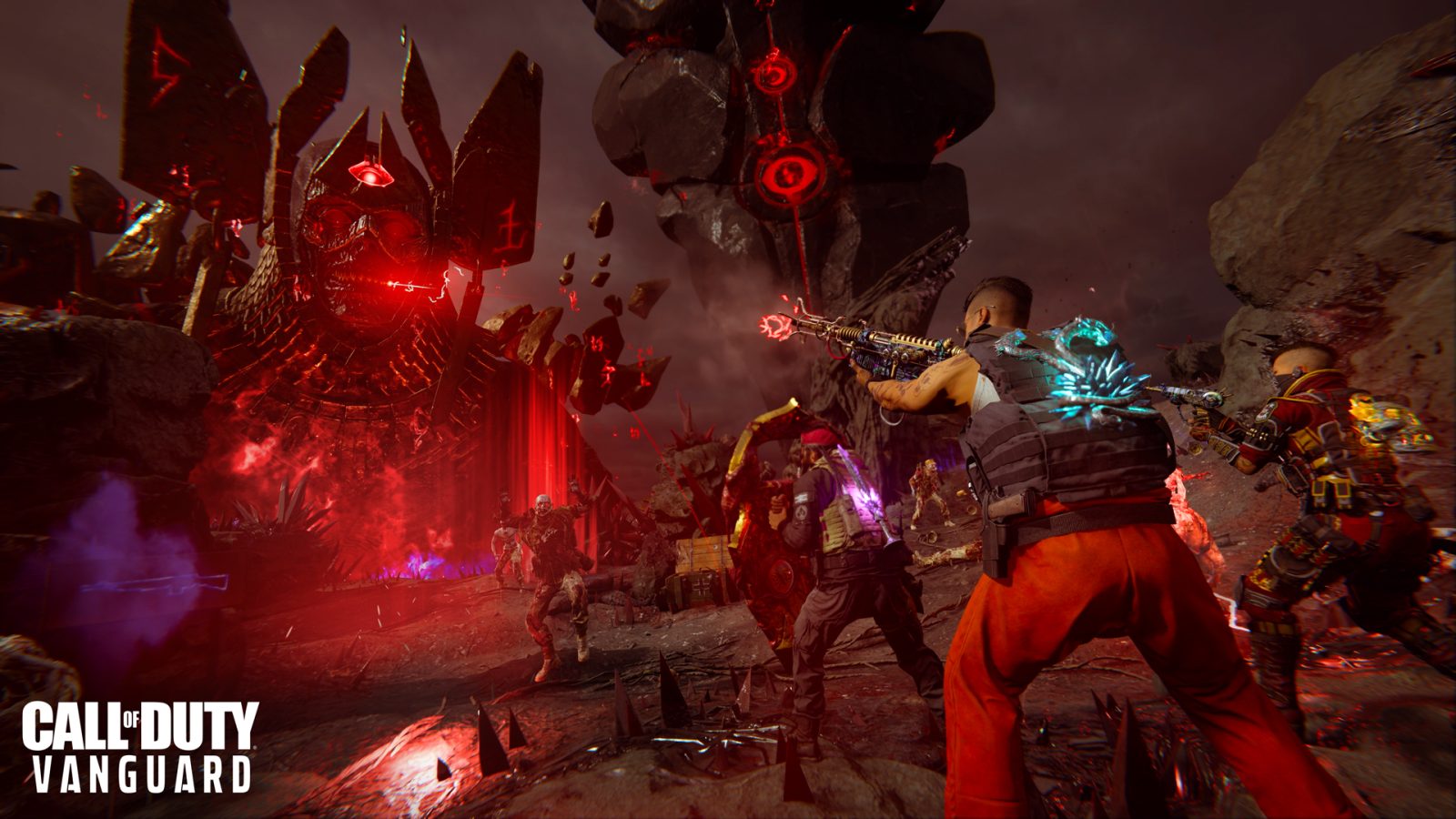 Arguably the biggest part of this season is also the most disappointing: the new Zombies map, The Archon. I understand the teams didn’t exactly have a lot of time to put this together, but the easiest description for this round-based map is “rushed”. It all takes place on Terra Maledicta, a map we’ve already explored in season two, just in objective-based fashion. To its credit, the map itself is fantastic, but reusing it cheapens the impact. This is a lot different from Shi No Numa, which was only a small piece of a larger pie when a part of the initial launch compared to last season’s reinvention.

Where the rushed feeling comes in even more is the endgame, where you’ll finally face Kortifex. The boss battle itself is really cool in scale, with a huge Kortifex fighting you in a near God Of War style confrontation. It loses itself in the methods of beating him though, being super repetitive and ending with a whimper, no cutscene or anything to cap off this big story we’ve been on through not just this version of Zombies, but technically since Cold War. Kortifex dies, that’s it, see ya. It’s a real shame to see it finish up this way, especially with how awesome the final fight is.

Finally, we gots to talk about the battle pass and all the pretty things it brings, along with all the fancy bundles newly available. There isn’t really a lot to talk about, with no ridiculous ones like Godzilla or the Terminator to pick up, but for those who enjoy it, Umbrella Academy makes an appearance. The battle pass is still one of the best deals out there for those engaged in the game, with tons of useful blueprints and cool skins (among other fun stuff) to take with you between Vanguard and Warzone. All that, and 1300 COD points which can get you the next pass.

Something really interesting about this season’s pass is I had blueprints for the new guns pretty much once they were unlocked. It was kind of odd, but also a bit of a pay for an advantage moment for the pass, given I can assume you don’t get those without paying for the paid battle pass. While it’s a nice incentive, I really hope they push those blueprints down the line to give everyone a fair chance at leveling up the new weapons without giving others such an easy advantage. Yeah, I can spend $20 bucks on an even better blueprint without even touching the game, but at least then I’m out $20 bucks. This is different when we’re talking free versus paid battle pass.

One thing kind of crazy they dropped into this final season was bringing past villains back as operators. We’re not even talking “since Warzone came out” either, with Seraph from Black Ops III and Gabriel T Rorke from COD: Ghosts even showing up (although later in the season). Raul Menedez is the main draw, the big addition to the battle pass from Black Ops II. He sports a fancy suit, and boy can it look funny on the battlefield as you watch this white suited old guy run around the Pacific battleground with a laser rifle. While this craziness is somewhat appreciated, it feels like Sledgehammer has straight up given up on any sort of accuracy to the timeline they were attempting to hold onto. It’s throwing crap against the walls time, and boy is it hitting hard.

Looking back on all the time I’ve spent with Vanguard, this isn’t a bad season whatsoever, but it isn’t the best either. I guess that’s largely how I perceive Vanguard at this point, it’s not the best Call Of Duty I’ve ever played, but it’s not the worst either. This is an extra long season though, so we’ll see where everything goes heading into one of the biggest resets Call Of Duty has seen in a while with Modern Warfare II and Warzone II.

David Burdette is a gamer/writer/content creator from TN and Lead Editor for Gaming Trend. He loves Playstation, Star Wars, Marvel, and many other fandoms. He also plays way too much Call Of Duty. You can chat with him on Twitter @SplitEnd89.
Related Articles: Call of Duty: Vanguard, Call of Duty: Warzone
Share
Tweet
Share
Submit