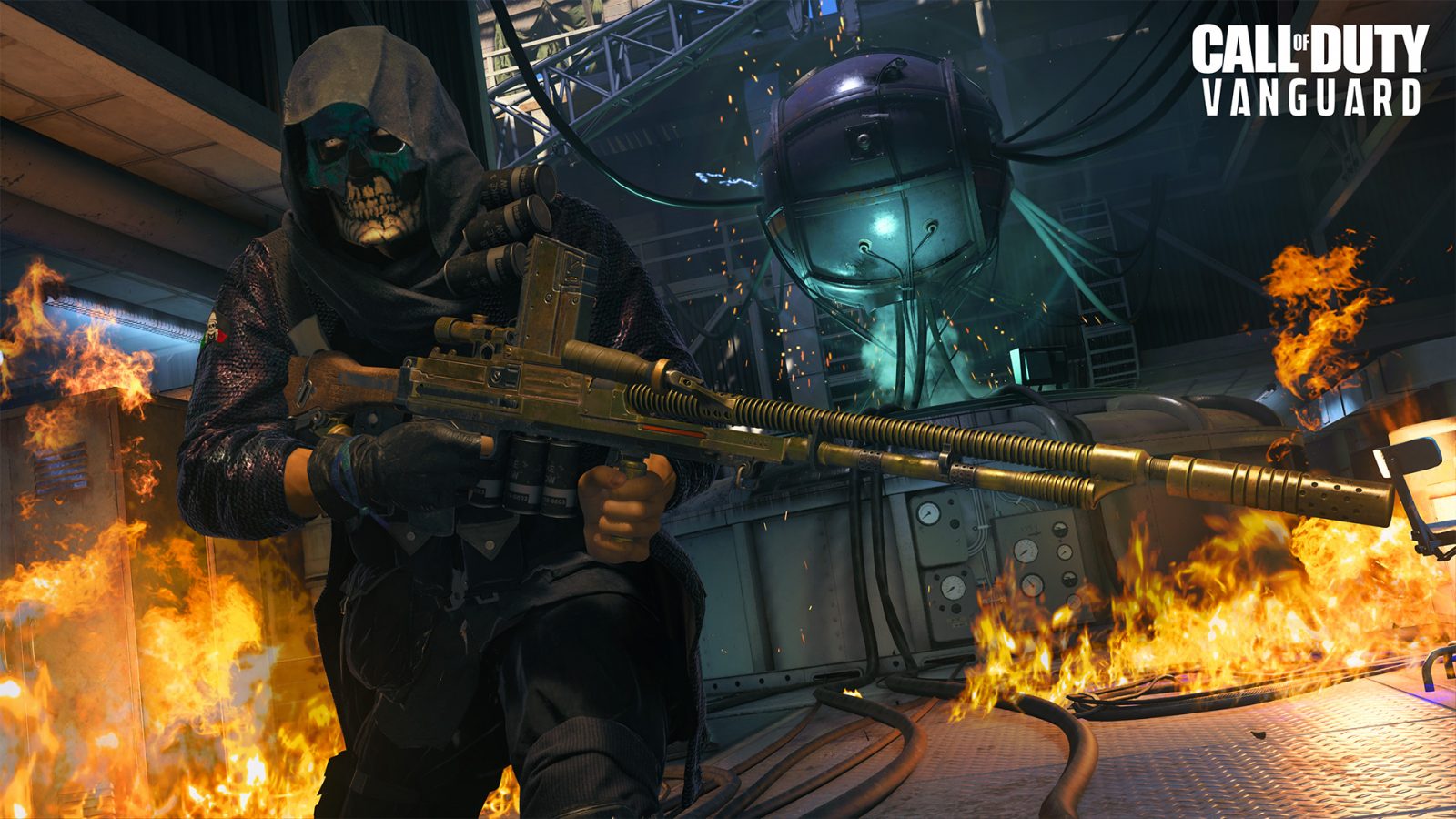 After a less than desirable first season, followed by a promising second season, Call of Duty: Vanguard’s third season arrived to quite a bit of fanfare. The stars of the show aren’t going to show up until May 11th, when Godzilla and King Kong hit Warzone, but sadly, because of Operation Monarch I think that lessened the impact we could have seen in Vanguard. Still, there’s a bit of content that dropped back on April 27th, even if it seems like it’s more there to tide us over until the next season.

Let’s get into the teeny tiny map that is Mayhem. This one reminds me a lot of Das Haus, though more square and three-laned like a traditional map. It’s one of the more unique ones we’ve seen, taking place on a movie set themed like a small city. They’re chasing the monster motif, making you feel like you’re stomping through Tokyo or whatever fictional city this is. There’s nothing like it in Vanguard, but it can be a little bit disorienting with the size change. What’s disappointing is how this map is encountering the same issues we saw on Das Haus and Shipment. They’re so tiny people play as cheaply as possible, being encouraged to spawn kill, use shotguns and riot shields, all the things that make you bang your head against the wall. Mayhem is neat, but it’s not a map I want to see in the normal rotation.

Now, at this point the weapon meta (most effective tactics available) is largely established. I hoped the newest drops might mix things up, just like the Welgun and Cooper did in Season 1, but both of the new weapons aren’t going to change much. The M1916 is the first weapon you earn in the battle pass at tier 15, so let’s talk about that one first. This tactical rifle is fun to use, and it falls into a bit different of a category of its peers in that you can add an attachment which makes it automatic. Unfortunately, being fun isn’t enough; I’ve largely moved away from it because the M1916 requires so many shots to get a kill. This is still a two hit weapon with the right set up, but this tactical rifle still doesn’t have a big impact like others, even with so many ways to build it. The automatic function makes it a bit more fun, but a limited magazine also means you’re going to blow through ammo, so it isn’t the best way to use it. One thing’s for sure, you’re going to need a scope for it almost immediately, because the iron sights on the M1916 suck.

While you can at least find a decent way to use the M1916, I can’t justify using a loadout spot with the new Nikita AVT assault rifle. It exists somewhere between an AR and an SMG, fast enough to fly around with but with better accuracy and a blistering fire rate. Even so, it suffers from the same issue as the M1916- a really small magazine. I want to like this one so bad; it fits my style of play, but there’s not been any build I’ve been able to find that makes it feel good. Not to mention, it requires so many bullets to hit because the lower damage rate. If you use the MP-40 and Automaton you know exactly what I mean, there’s a muscle memory to hitting your shots and getting kills and that is thrown out the window with the Nikita.

Where I’m still really happy is in Vanguard’s Ranked Play, which is now officially out of beta. I don’t think much has changed out of beta, but it’s nice to see everything is humming along and working as well as I’d hoped it would. Two things that make this update a win is the addition of Berlin Control, and seeing the newest GA’s. Starting with the GA’s, these are “gentlemen’s agreements”; pacts the pros make on not using weapons, equipment, perks, or even spots on the maps to preserve competitive integrity. This has plagued public matches of Call Of Duty for a while, so it’s been fantastic seeing the devs respond by quickly acting on what the pros are saying. The Volk is the newest weapon to meet the vault, a flex AR that took Major II by storm and helped the Los Angeles Guerrillas clutch up with a tournament win. These extremely fast reactions are appreciated, and it’ll be interesting to see if they move this quickly with another item coming up in our impressions. 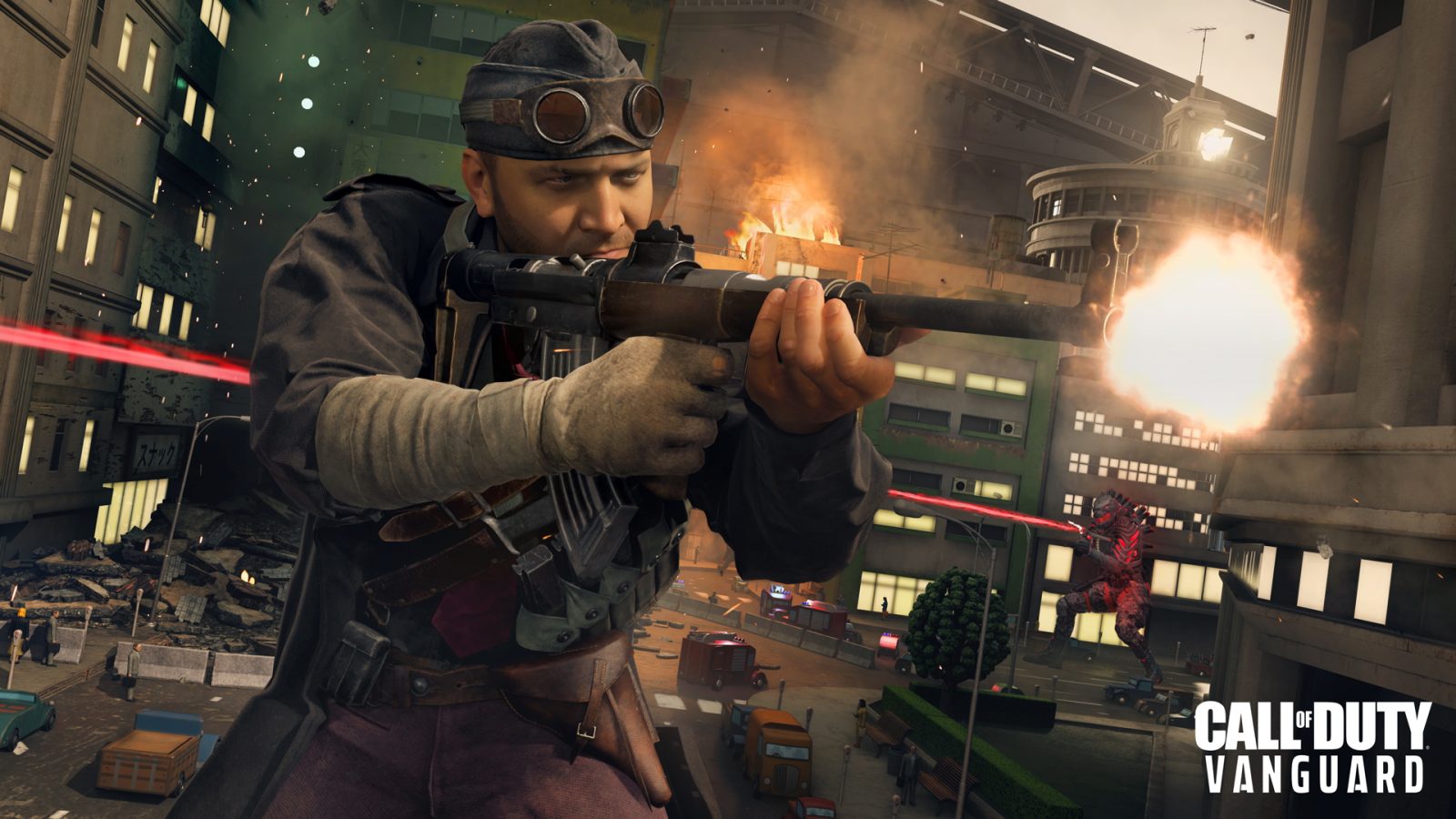 But next, Berlin Control. One of the worst things we’ve had to deal with in Ranked Play is only having two Control maps, and the pros had it even worse, with map vetos going to a coin flip. It doesn’t impact Ranked Play as much, but it’s nice to have another Control map in the rotation. However, Berlin did have issues. You were able to nearly capture one of the points before the defense would get there. It was subtle but the team has made this one work by changing up the spawns. The offense is now spawning at the far back of trains, with warehouse spawns if pushed, and the defense is now right at the back of lobby. This allows the defense to get to their positions, but not in a way that’s unfair to the offense. It largely feels balanced, although A is a pretty easy point to capture for the offense. I like it, the pros seem to like it, and we finally have a more complete pool, although I’d like to see another map or two for Ranked come in Season 4.

Something that may not last in Ranked Play however is trophies, a mid-game addition to Vanguard. If you’ve played Call Of Duty, you know what these are: little field upgrades that suck up and destroy any grenades and most equipment thrown your way. What’s most surprising about their inclusion is two-fold: the developers said they weren’t “era-accurate”, and it’s so late in this game’s cycle. Now don’t get me wrong, I like trophies, it just seems like something that doesn’t make sense halfway through Vanguard. With Ranked Play being such a draw, it can make the map design of some points in Hardpoint and Control nearly impenetrable. We may not have to worry about them for long, the pros have supposedly GA’d them already, but it seems like a focus that won’t have much payoff, which might be the motto for Vanguard at this point. I’ll keep using them until they’re removed, but I forget I have one half the time because I’ve adjusted to playing without them. 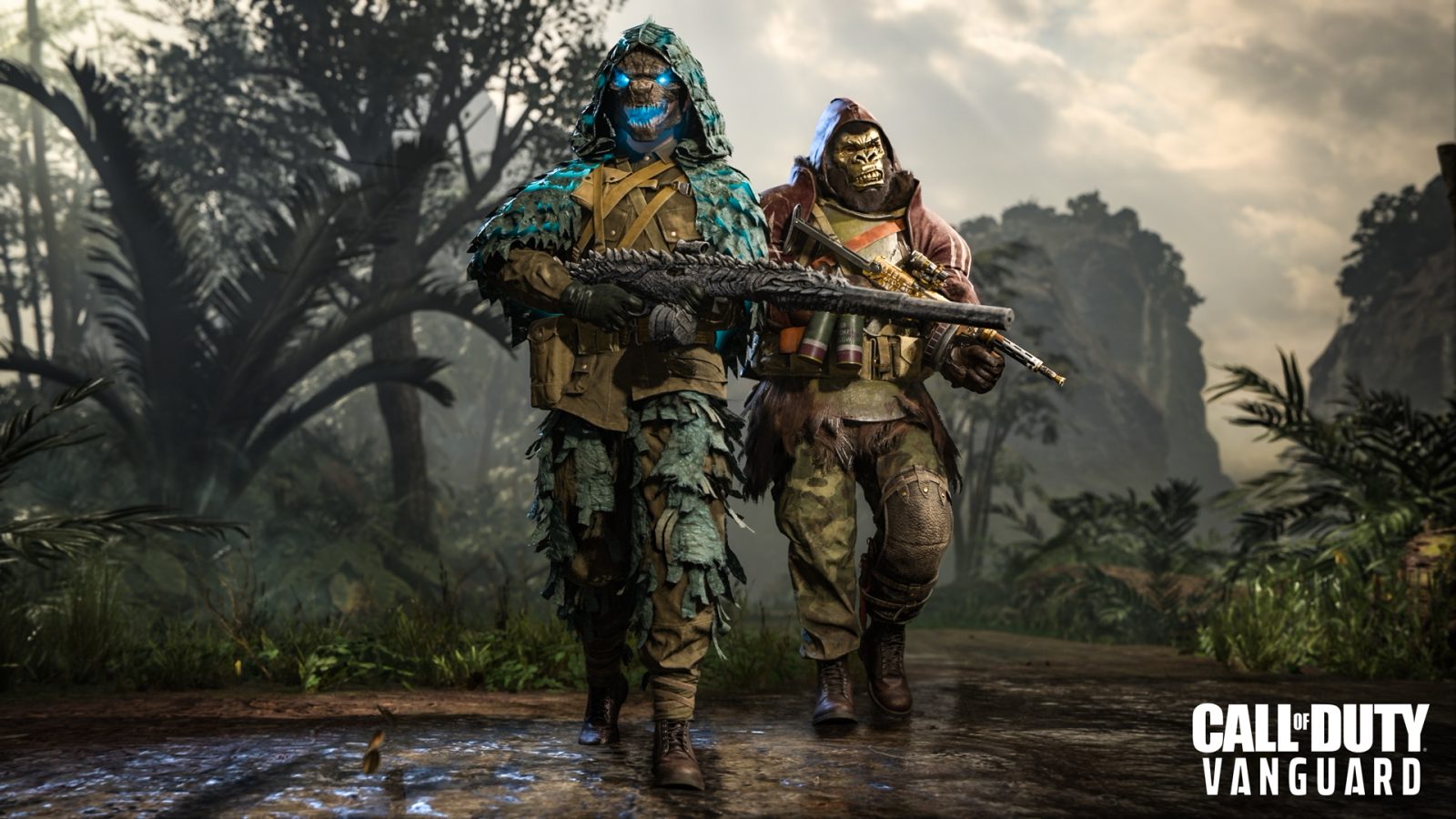 While we might be dealing with a bit of a lighter season of new maps and modes, the battle pass feels full of really fun stuff, with some great blueprints and some sick operator costumes. I’ve already found “Chingon” to be a favorite, a skin for the new operator Mateo Hernandez. Beyond just that, Sledgehammer has also outdone themselves with the Godzilla bundle that just released, with an awesome skin, great STG blueprint with one of the coolest weapon inspect animations you’ll see, an awesome takedown, and one of my favorite highlight animations ever. The King Kong one is also looking good, and the Mecha-Godzilla skin looks incredible. So if there ever was a time to spend your COD points, it’s now.

Unfortunately, it seems like the theme for Season 3 is going to be that we’re waiting for the next big thing. We’re waiting on a new map, and we’re waiting for the Operation Monarch event to watch Godzilla and King Kong duke it out on Caldera (arriving May 11th). We’re also waiting on Zombies content, with only a few new challenges and the new weapons to use to mess with this season. Yeah, we’re finally going to see a round-based map in Season 4, but it seems so far away. The good news is this season isn’t going to go on forever, as the timer for the battle pass started with 56 days left. There is going to be plenty to enjoy, so we’ll just have to have fun with this little tremor while we wait for the massive earthquake.

David Burdette is a gamer/writer/content creator from TN and Lead Editor for Gaming Trend. He loves Playstation, Star Wars, Marvel, and many other fandoms. He also plays way too much Call Of Duty. You can chat with him on Twitter @SplitEnd89.
Related Articles: Call of Duty: Vanguard
Share
Tweet
Share
Submit