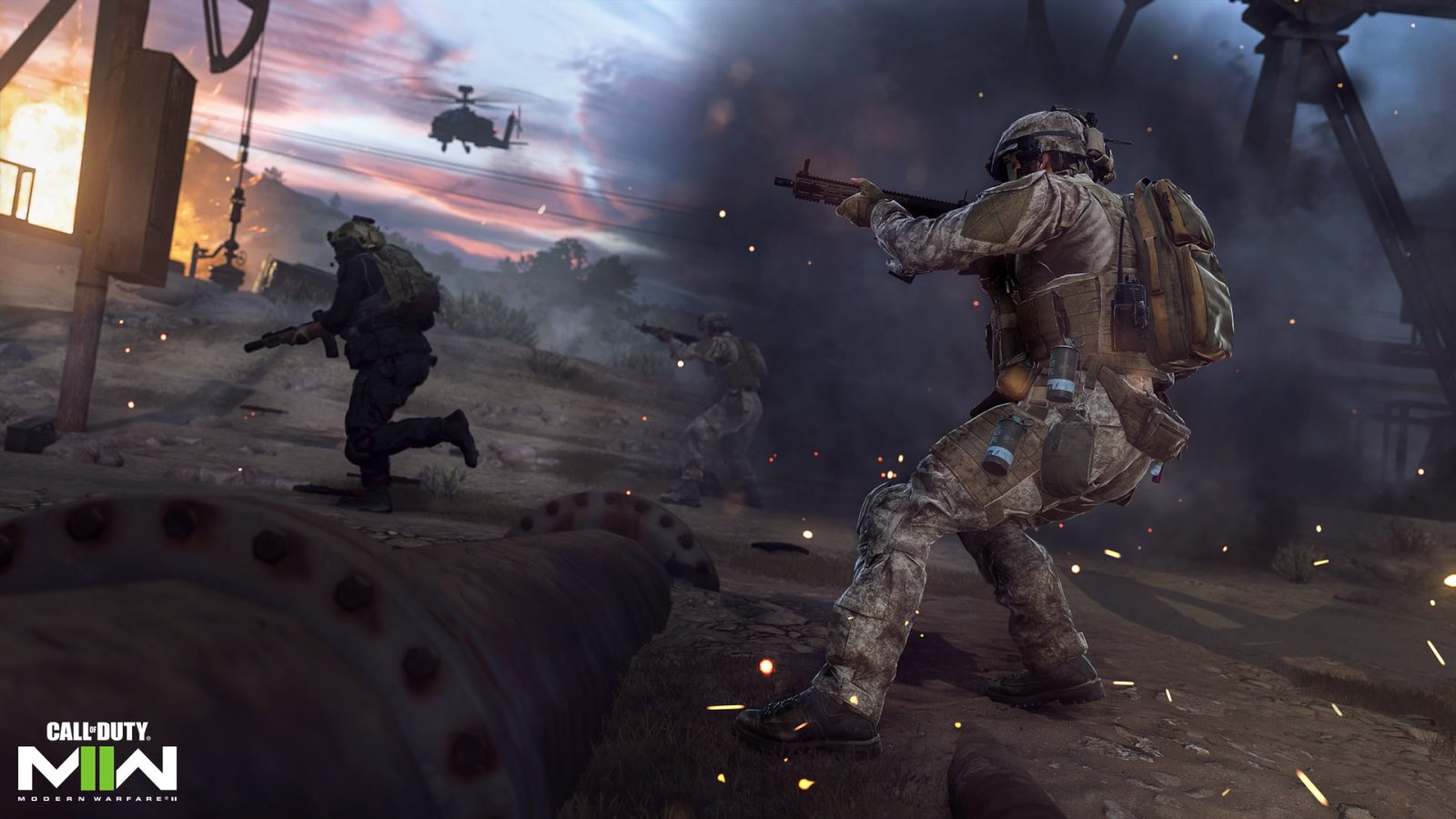 The first season is always a cause for excitement, but usually you have to hold back a little bit. After all, this season hit only twenty days after the launch, so having fresh content that quickly isn’t a given. While most of this season is tied up in the launch of Call of Duty: Warzone 2.0 and DMZ (which we reviewed here), there is still plenty to look over. Some are still coming later, like the first Raid in Call of Duty history, but for now we dwell on what dropped in multiplayer.

Starting in a familiar place, we have Shoothouse returning. This is the second time the box shaped map has made its way into Call of Duty, with its previous iteration dropping in Modern Warfare 2019. It’s a small/medium map, with a classic three lane design and a small amount of verticality. I really like the map, as it has plenty of different ways you can play it along with a multitude of weapons that are viable. A lot of the current maps in Modern Warfare II are larger, so this suits people grinding their gun camos or levels very nicely. 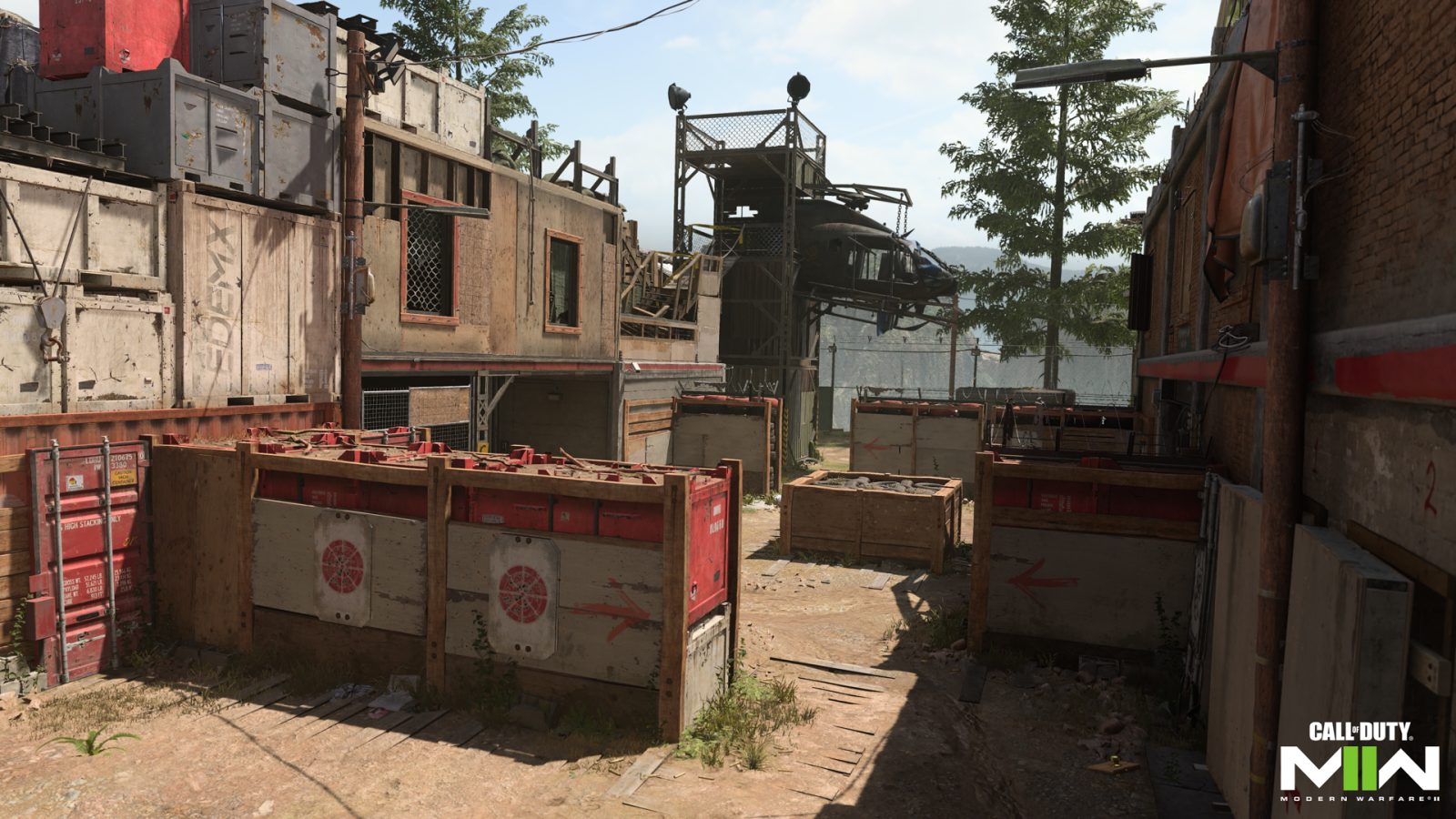 For weaponry, the Bruen receiver class has dropped, with four weapons coming over the course of the season. The Chimera is the only one we don’t have yet, but the other three are present in the Bas-P submachine gun, the M13B assault rifle, and the Victus XMR sniper rifle. The Bas-P seems like a tinier version of the M13B, reminiscent of how the Lachmann Sub (MP5) seems like a smaller version of the Lachmann 5.56. Running with it, I’ve learned it’s fast with low recoil, but with a low damage rate that requires a few more bullets to finish your opponent. Overall it handles nicely, and even with the stock setup you can shred. You’re just going to spend plenty of time reloading, with multi-kills being tough to come by. At least it’s lightweight, allowing you to run away at a good clip.

The M13B is a very interesting case. The only way to get it is extracting with it in DMZ, either by taking it off of the dead Chemist or stealing it from another squad (of course there’s a cheap way, I just won’t mention it). It’s really similar to it’s younger brother in the Bas-P, it has great recoil control and it’s quick to snap, but the damage rate isn’t the best. You also are going to get more out of it in short to medium ranges, and I wouldn’t suggest it at all if you’re playing power positions. Its best use is for rushing or busting up people trying to camp buildings, so more of a SMG player’s assault rifle.

The Victus XMR sniper rifle is a personal favorite right now. I was all in on the Default Signal 50 sniper class, with a nice quick shot that had decent mobility along with good attachments. The stock version of the Victus XMR is fantastic, and even if you give up a bit in movement, you gain a powerful sniper. It just sounds incredibly strong, with a loud bang every time you pull the trigger. It’s the definition of a heavy sniper, although the scope is surprisingly agile in maneuvering your gaze along the battlefield. My quick twitch thumbstick flicks were generally on point, so you can become nigh immovable if you know what you’re doing. 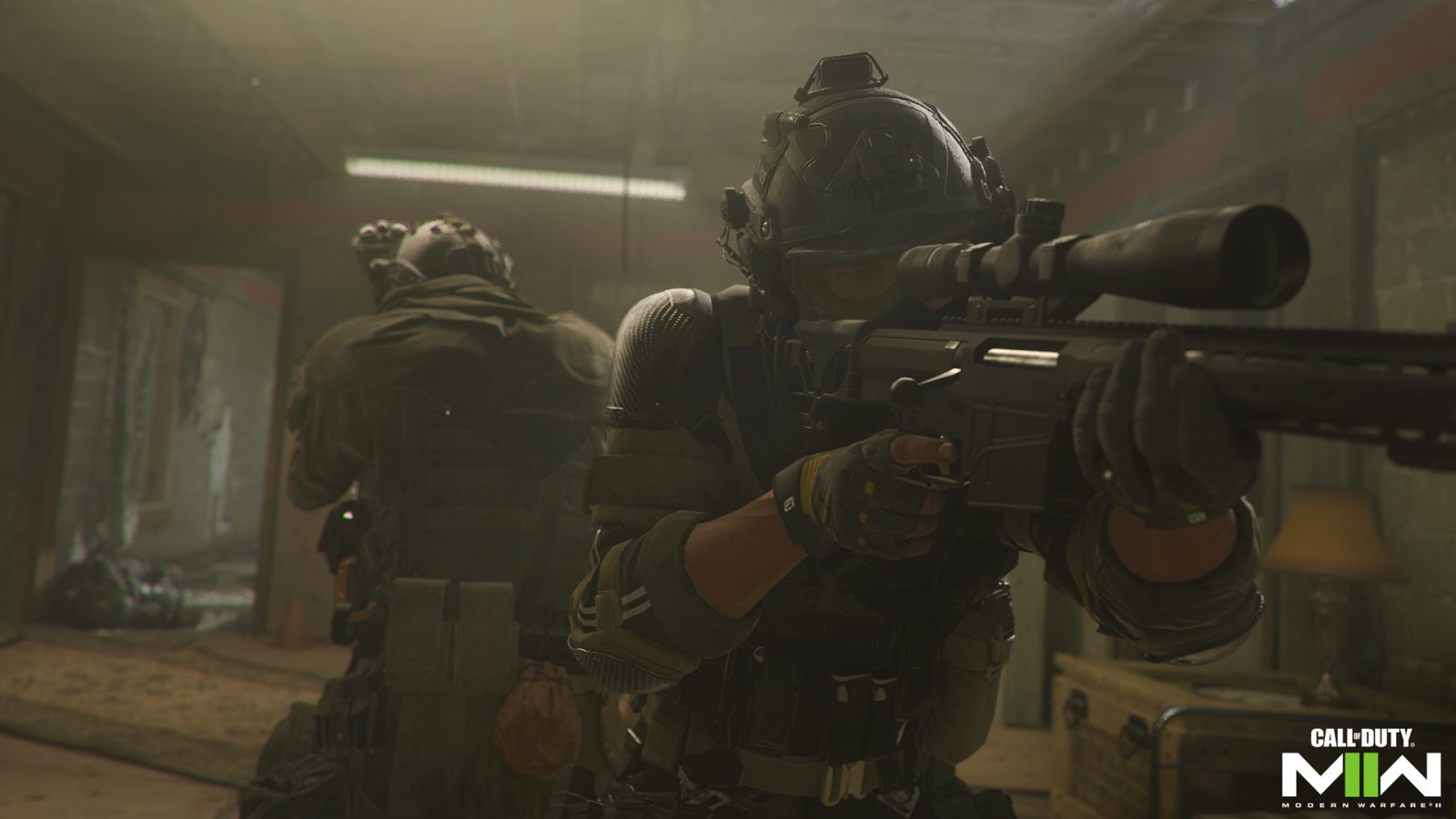 High Ground is the newest Spec Ops mission, and it’s a bit short compared to some of its brethren. The mission is simple, you’ve got to infiltrate three offices, destroy the servers, grab the hard drives, and get out with your life. As opposed to the other three Spec Ops missions, however, only one of you hits the ground running (although you do have an AI assault team with you). The other is in an attack chopper, doing what they can to kill hostiles and using thermal imaging to ping the servers you’re looking to obliterate. While both of you can die, only the ground soldier dying loses the mission, the chopper player will respawn after a short time. I found the mission fun, but it felt very contained. It’s a quick romp, and very easy to get three stars on.

We can’t “leave the chat” of course without talking about the redesigned battle pass. The battle pass has been changed up significantly, offering a “pick your poison” design similar to games like Fortnite. It works like this: choose a connecting sector on the battle pass map to what you’ve already unlocked (you start at square one), and then you can decide which direction you want to go based on what each sector contains. Each one has five different items, and there’s honestly a good mix in what to grab.

I like the idea, but I don’t know that I’ve unlocked the new weapons any faster than the previous system given where they are on the battle pass map. It still takes fifteen tokens (which you earn through gameplay, like the previous tiers) to get the first weapon, and you need at least thirty for the next. The previous tier system had the new guns at tier 15 and 31, so not much has changed there. I like chasing certain specific blueprints, but that’s really the only way it’s any better. I do appreciate how many COD points are thrown in though, with a whopping 1400 available through the $10 pass.

Some may look at this first season as lacking due to the amount of content available for multiplayer. I don’t think that’s the case at all, with a ridiculous amount of weaponry dropping, along with a good map for grinding and another Spec Ops mission. There’s also new stuff around the corner, with Shipment, the Chimera, and a Raid bringing up the rear. It’s an adequate beginning, especially considering how big of a launch Modern Warfare II, Warzone 2.0, and DMZ were. Anything extra right now is icing on the cake, like the CDL moshpit that just dropped into Modern Warfare II. There’s a lot to grind now, and I’m sure there are big plans already in the making for Season 2.

David Burdette is a gamer/writer/content creator from TN and Lead Editor for Gaming Trend. He loves Playstation, Star Wars, Marvel, and many other fandoms. He also plays way too much Call Of Duty. You can chat with him on Twitter @SplitEnd89.
Related Articles: Call Of Duty: Modern Warfare II
Share
Tweet
Share
Submit