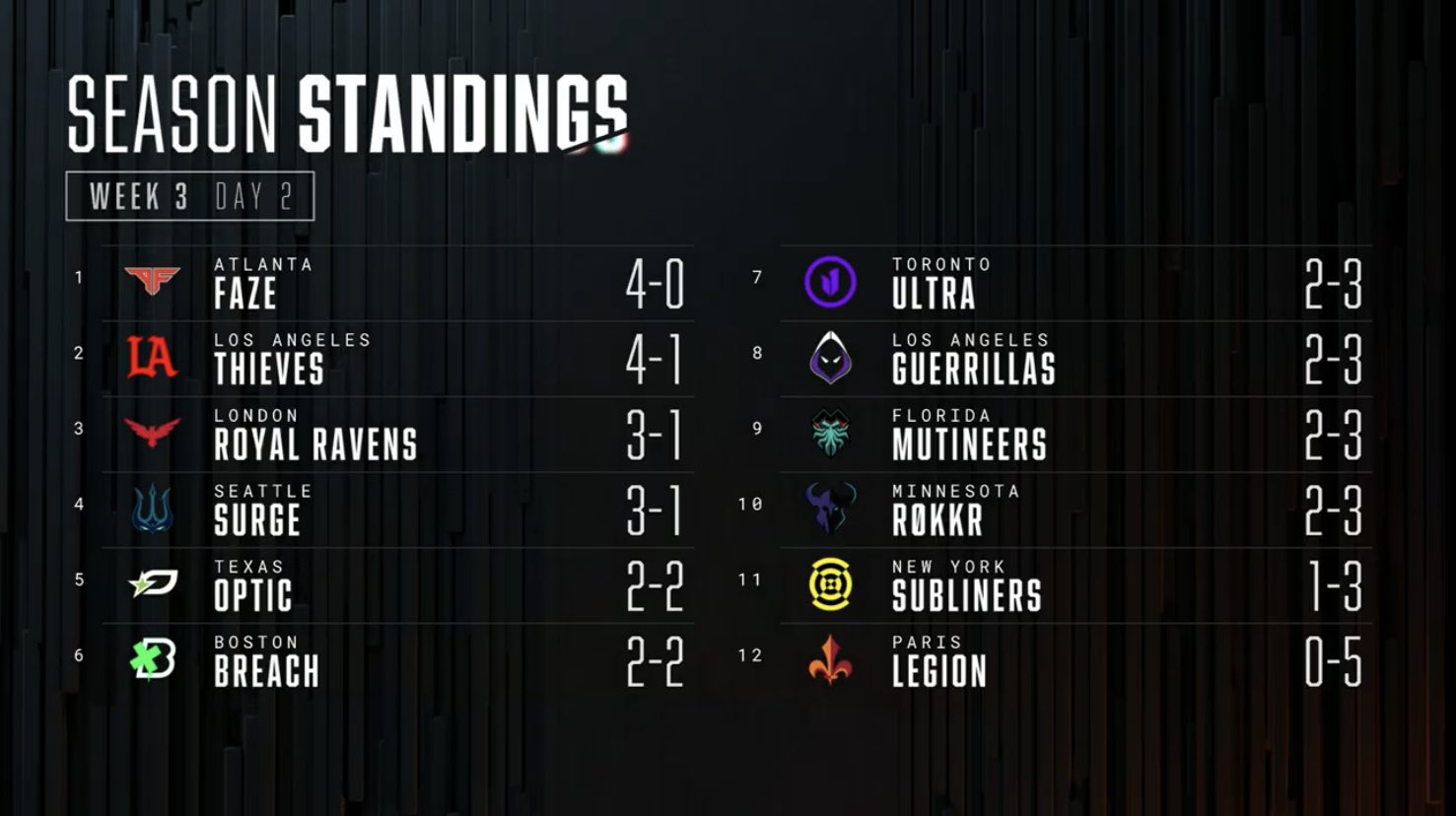 I’m a bit late on this one, due to a crazy day and not feeling so hot. You know who was feeling hot yesterday? The Florida Mutineers and Los Angeles Thieves. That’s only one of the four intense matches we saw yesterday, and with two going to Game 5’s and the other two upsets we didn’t see happening. Let’s take a look and see what there is to think after several teams played their final matches of the first stage of qualifiers.